“Collectors” will be a crime/heist film about the genius grave robber Kang Dong Goo (Lee Je Hoon) in a thrilling story as he digs up relics hidden beneath the ground with experts from the entire nation. Along with Kang Dong Goo, the team includes Professor Johns (Jo Woo Jin), an expert in excavating murals in ancient tombs, Chief Yoon (Shin Hye Sun), an elite curator in the ancient art world, and Sapdari (Im Won Hee), an expert with a shovel. These grave robbers will dig beneath the gilt bronze statue at Hwangnyong Temple, the ancient tomb mural of Goguryeo tombs, and even the heart of Gangnam, Seoul without hesitation.

The new posters reflect the unique topic of the film as well as the refreshing team chemistry. In the first poster, the film’s title is used to paint the tunnels in the ground with the grave robbers on the hunt for old relics. The unique poster features dynamic poses of the characters in their search as well as the title wittily portrayed to resemble a maze-like structure. 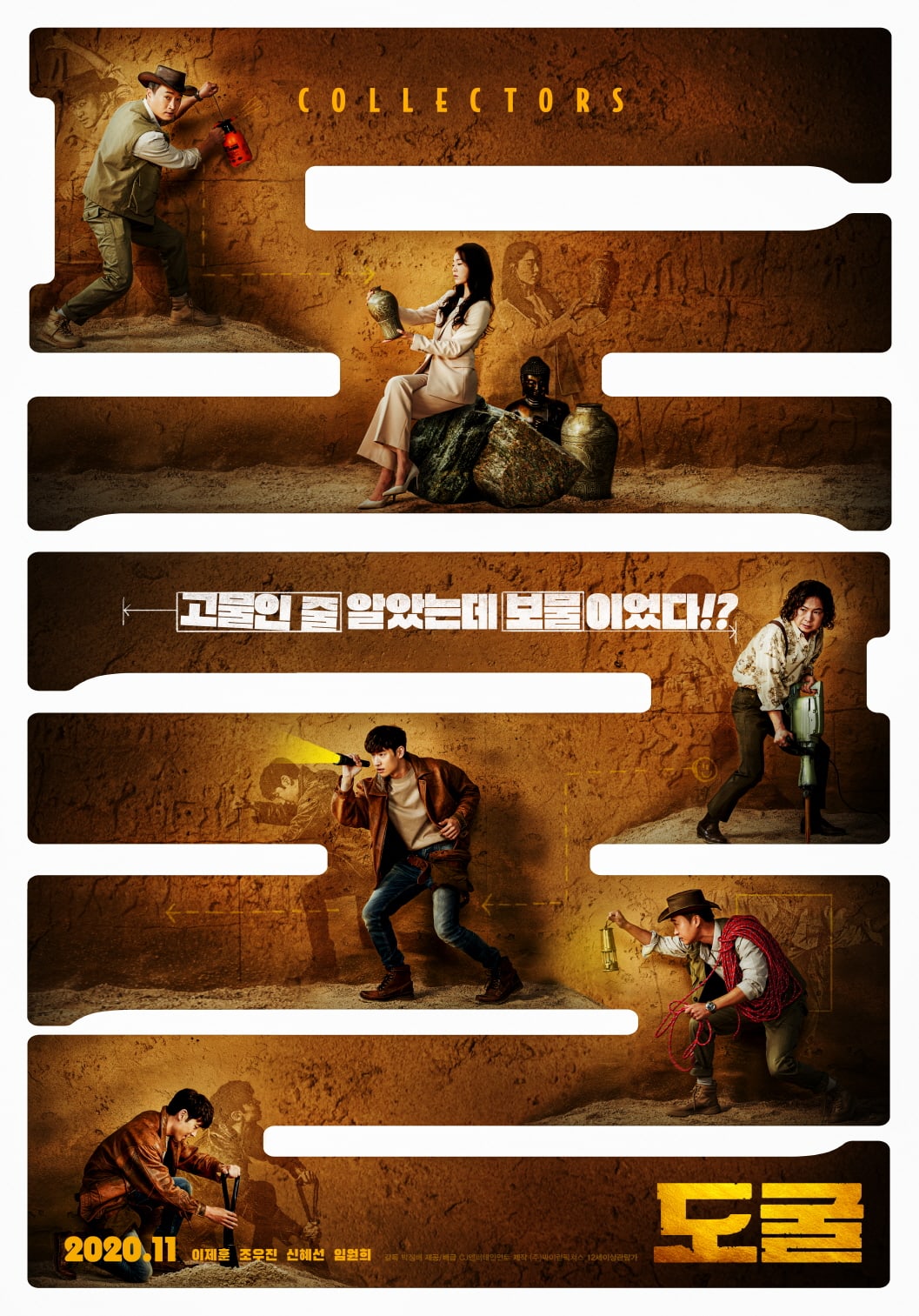 The second poster follows the style of an ancient tomb mural. In addition to relics such as the gilt bronze Buddhist statue and white porcelain vase, the main characters appear with various equipment such as a shovel, drill, lantern, and more. Both the first and second poster reveal the flashy techniques the characters will use, adding another interesting point to look out for in the upcoming film. 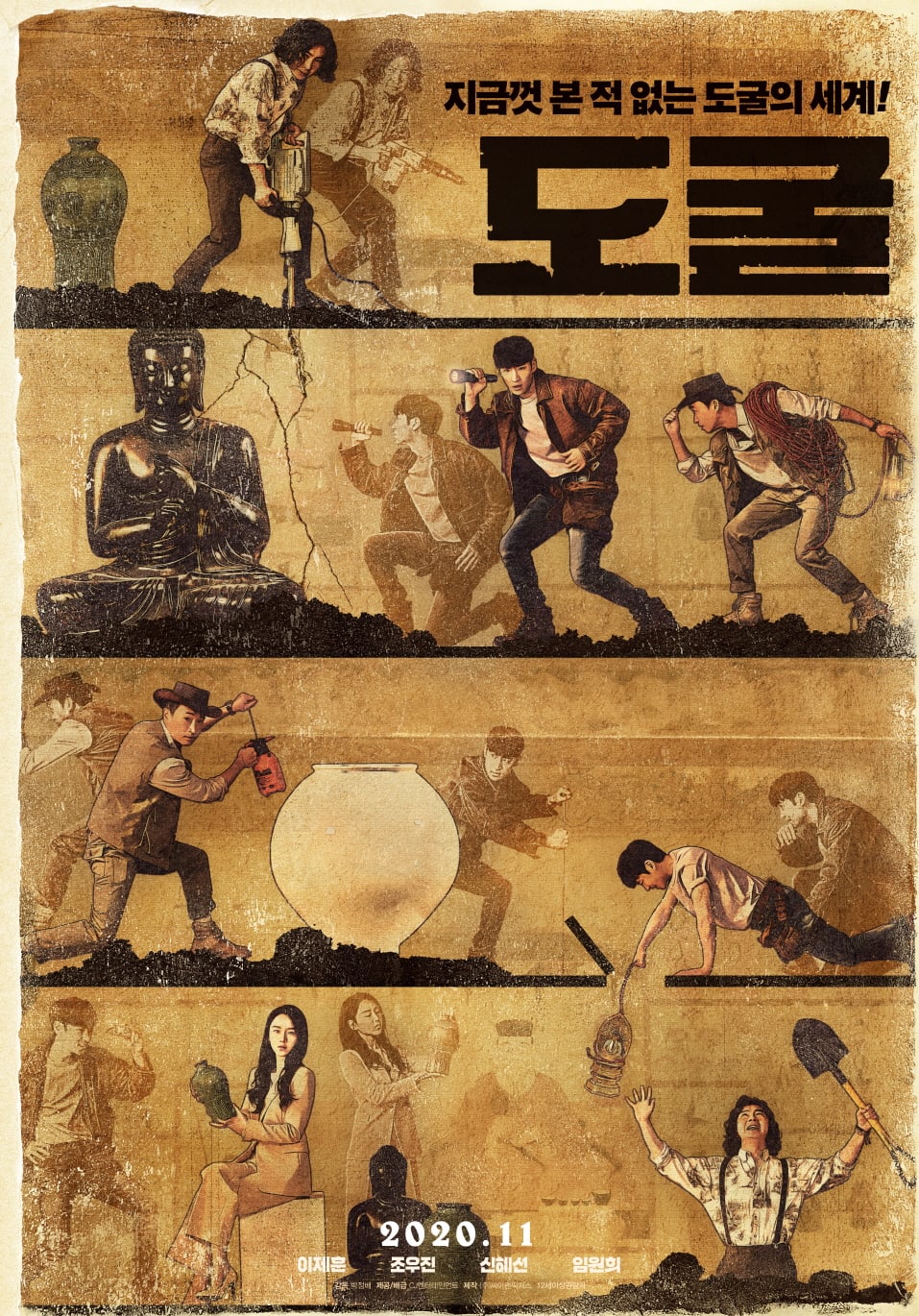 Finally, the last poster shows Lee Je Hoon, Jo Woo Jin, Shin Hye Sun, and Im Won Hee up close as if they’ve been spotted during a tomb robbery. The text, “The grave robbers who do business by digging the ground are returning!” adds even more anticipation and curiosity for the film. 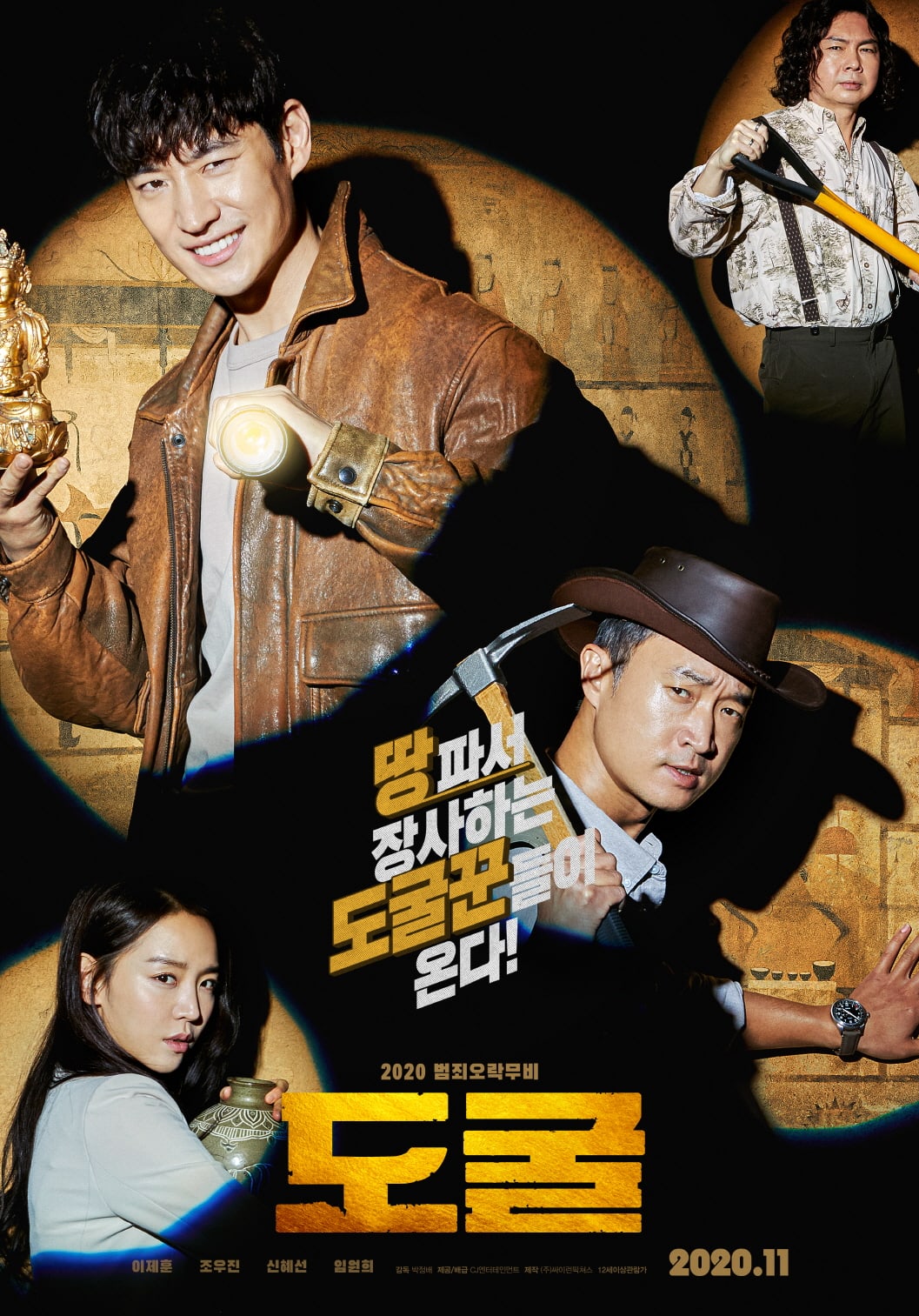 The film will be helmed by director Park Jung Bae, who will be making his directing debut after working as an assistant on “Miss Granny” and “Silenced.”

“Collectors” is slated to premiere in November.