With their highly-anticipated comeback just hours away, BLACKPINK dished on their upcoming collaboration with Cardi B!

On October 2, BLACKPINK held a special Naver V Live broadcast to chat about their upcoming first full-length album—fittingly entitled “THE ALBUM“—which is due out online at 1 p.m. KST.

As previously announced, the group collaborated with Cardi B on one of the songs from the upcoming album: the new track “Bet You Wanna,” on which the American rapper is a featured artist.

Affectionately calling her “Cardi B unnie,” the BLACKPINK members shared their excitement about the track, which Rosé called “very refreshing” and Jennie described as “fun and happy—a song that makes you want to sing along.” Mentioning that she was “really looking forward to the song,” she added, “The moment that you hear Cardi B’s rap, it’ll make you go, ‘Ahh.'”

Rosé then happily brought up the fact that Cardi B had posted a cute spoiler clip (in which she sings one of Rosé’s lines from the song) on Twitter. “Cardi B did an impression of me,” she excitedly told the other members. “Did you see it?” After declaring that it was okay because “Cardi B unnie already gave this spoiler,” the BLACKPINK members proceeded to hum part of the song as a preview for fans. 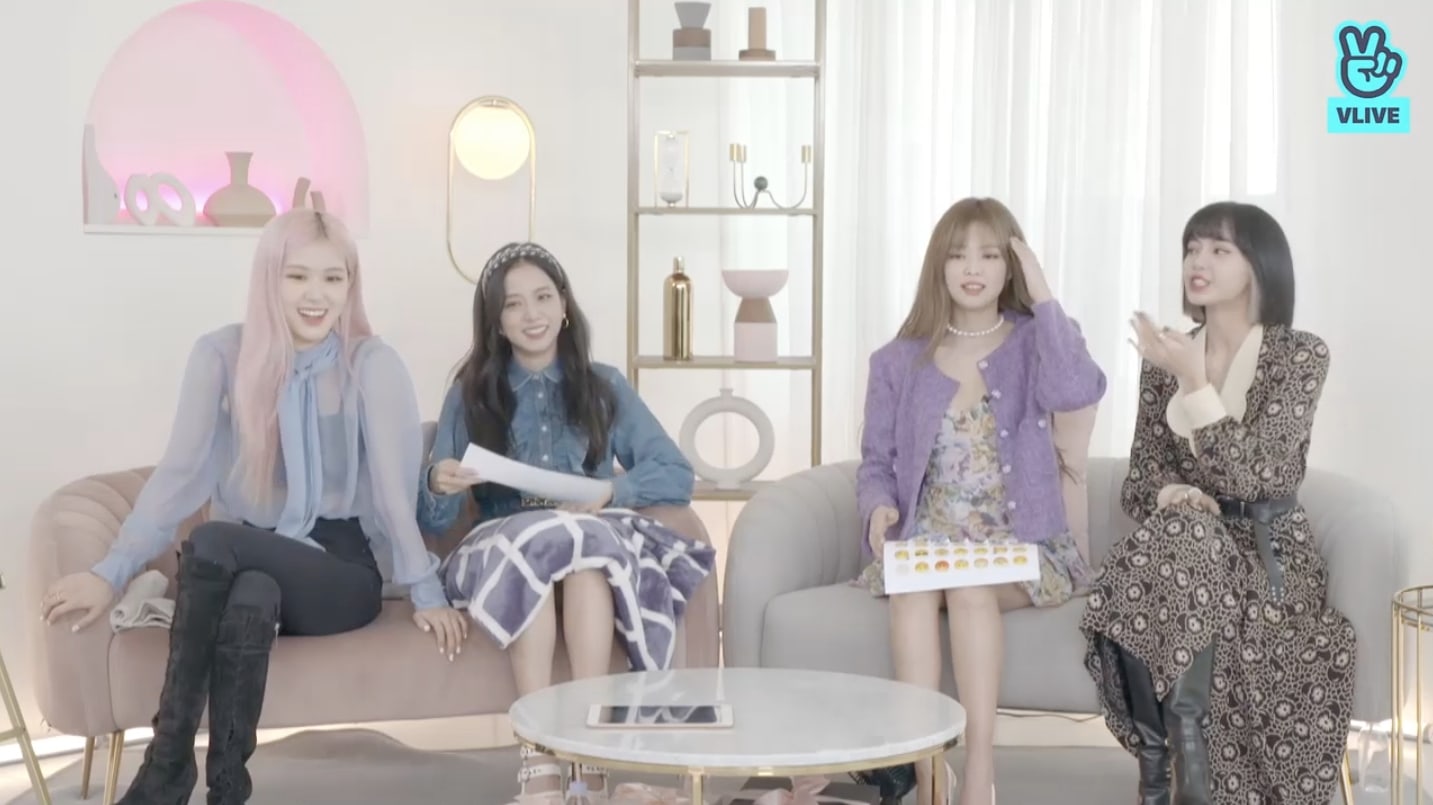 Rosé also shared Cardi B’s Twitter spoiler, which you can find below, on her Instagram story ahead of the broadcast.

Extra clip of “I bet you wanna” …..I got permission to post ❤️❤️❤️ pic.twitter.com/mZmCb3Q7lJ

Are you excited for BLACKPINK’s collab with Cardi B?

BLACKPINK
Cardi B
How does this article make you feel?