Go Soo Prepares For The Con Of His Life In “Missing: The Other Side”

Go Soo goes undercover for a major con in the upcoming episode of “Missing: The Other Side.”

“Missing: The Other Side” is an OCN drama about a conman (Go Soo) who stumbles across a village inhabited by the souls of the dead who went missing when they were alive. He teams up with a mysterious guardian (Heo Joon Ho) to uncover the village’s dark secrets and put the souls of the missing to rest.

With just two episodes left in its run, Go Soo decided to disguise himself as Jung Young Sook’s grandson in order to find the person behind the serial killer case that began with the will. It is suspected that the killer’s actions are connected to President Jung Young Sook’s companions, Lee Yoon Jae and Park Joong Geun. 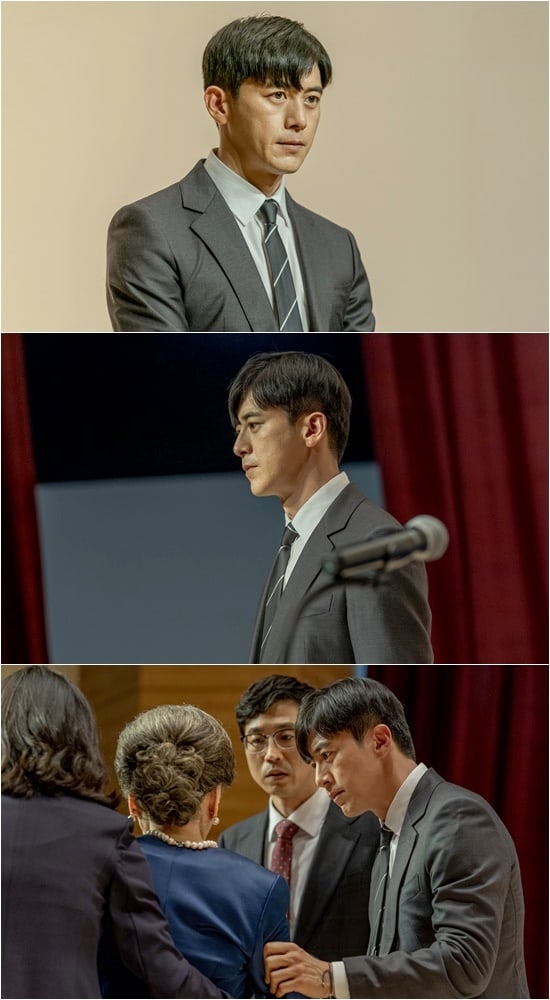 In the new stills, Go Soo appears at the official meeting as Jung Young Sook’s grandson. He stands at the podium with a confident gaze, showing his determination to get to the bottom of the truth. Like Robin Hood, Go Soo is a conman who fools the villains on behalf of the common people, but will he be able to find the criminal without awakening suspicion against himself?

A source from the drama stated, “There are just two episodes left in ‘Missing: The Other Side.’ In the upcoming episode, the killer behind the murders of Seo Eun Soo, Moon Yoo Kang, Kang Seung Ho, and Jung Young Sook’s own daughter will be revealed. Go Soo will launch the con of his life in order to find out the truth on behalf of the living and the dead.”

Watch “Missing: The Other Side” here:

Go Soo
Missing: The Other Side
How does this article make you feel?