JTBC’s “18 Again” has shared an intriguing sneak peek of a tense confrontation between Golden Child’s Bomin and Hwang In Yeop!

On previous episodes of “18 Again,” both Seo Ji Ho (played by Bomin) and Goo Ja Sung (played by Hwang In Yeop) made viewers’ hearts flutter as they expressed their fondness for Hong Si Ah (played by Noh Jung Ui) in different ways. Seo Ji Ho thoughtfully blocked the sunlight for Hong Si Ah while she was sleeping, and he also adorably had a hard time breathing after he and Hong Si Ah held hands while hiding in a classroom cabinet.

Meanwhile, Goo Ja Sung found Hong Si Ah crying alone at karaoke after her parents’ divorce, and he comforted her and made her smile by revealing that his parents had also gotten divorced.

In newly released stills from the drama’s upcoming episode, it appears that things will come to a head between the two rivals for Hong Si Ah’s affections. In the photos, the two male students glare fiercely at each other as they fight over a mysterious pale pink item, with both of them refusing to let go as Hong Si Ah watches from the sidelines with a worried expression. 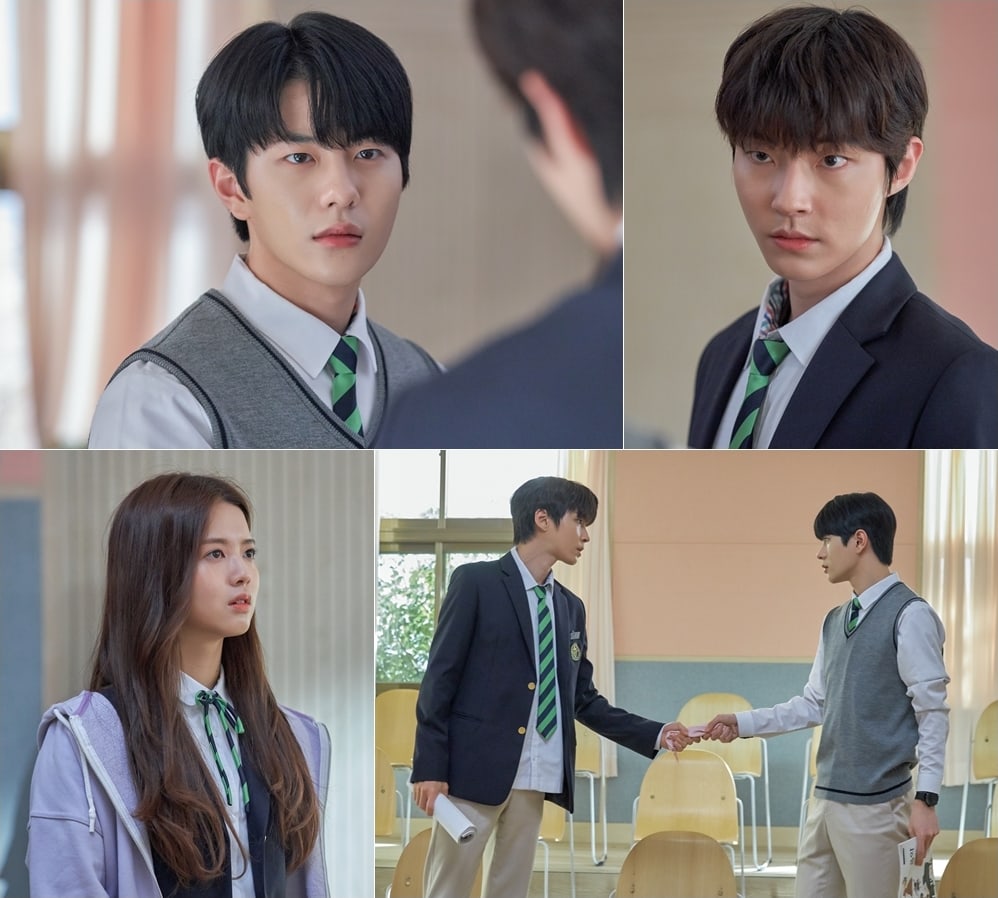 In the meantime, watch Bomin in the “2020 Idol Star Dog-Agility Championships – Chuseok Special” below: