The drama is based on a popular webtoon of the same name and will feature Moon Ga Young, Cha Eun Woo, and Hwang In Yeob. It will be directed by producer Kim Sang Hyub, who was recognized for his work on “Extraordinary You.” 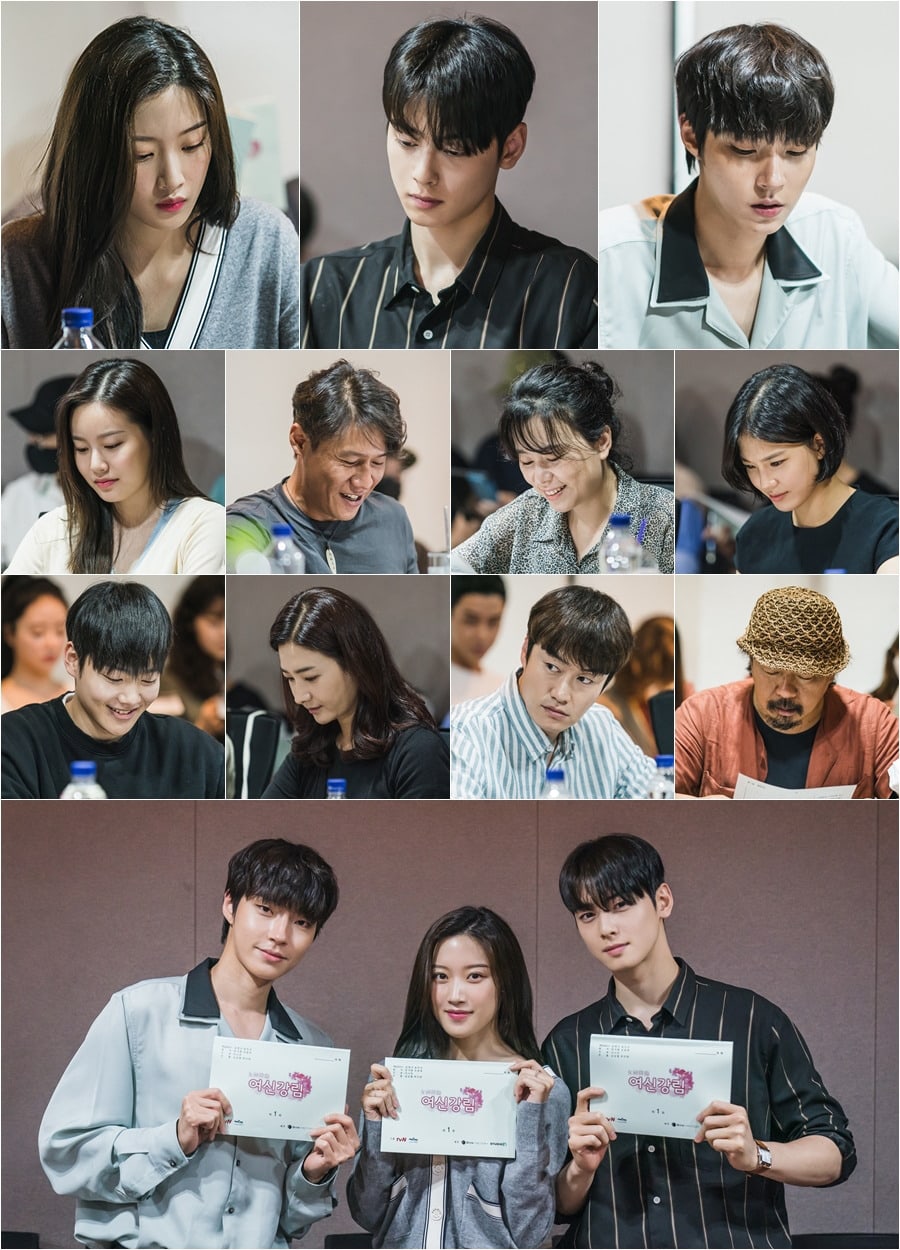 Hwang In Yeob, who will be playing the character of Han Seo Jun, instantly caught everyone’s attention with his low voice. All the actors who participated in the script reading played into their characters exceptionally well.

The production team for “True Beauty” stated, “It was such a fun script reading that we lost track of time.” They added, “We were able to confirm the chemistry between Moon Ga Young, Cha Eun Woo, and Hwang In Yeob, as well as the rest of the cast, through this reading. We will see you again with a drama filled with sweet excitement and fun this winter, so please look forward to ‘True Beauty.'”