tvN’s “Start-Up” has shared a sneak peek of its upcoming episode!

On the first two episodes of “Start-Up,” it was revealed that Han Ji Pyeong (played by Kim Seon Ho) had a secret that linked him with both Seo Dal Mi (played by Suzy) and Nam Do San (played by Nam Joo Hyuk). When they were younger, Han Ji Pyeong wrote Seo Dal Mi a letter under Nam Do San’s name at the request of Seo Dal Mi’s grandmother, who asked him to “create a friend” for her heartbroken granddaughter. The letter became Seo Dal Mi’s greatest source of comfort, and as a result, Nam Do San remains in her memory as her first love.

In newly released stills from the drama’s next episode, these three characters find their way back to one another and gather under one roof for a tense game of cards. In contrast to Seo Dal Mi, who displays laser focus as she skillfully shuffles a deck of flower cards (hwa-too), both Nam Do San and Han Ji Pyeong are unable to tear their eyes off of her as they play.

Not to be left behind, Nam Do San’s partners and constant companions Lee Chul San (played by Yoo Su Bin) and Kim Yong San (played by Kim Do Wan) are also present at the card game. 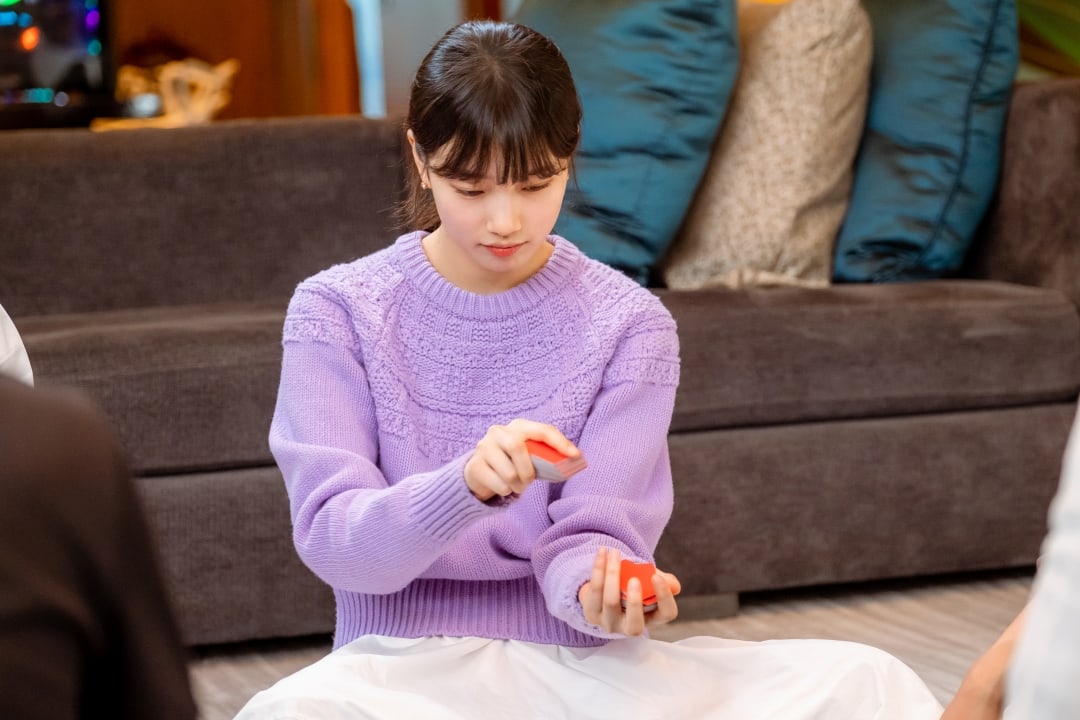 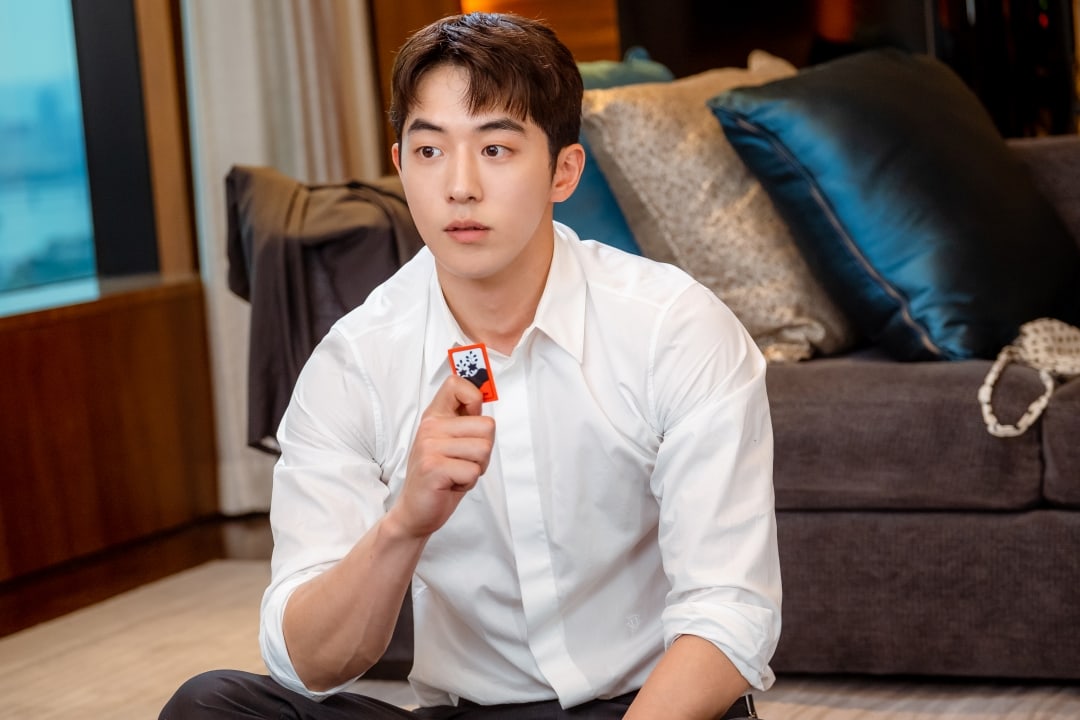 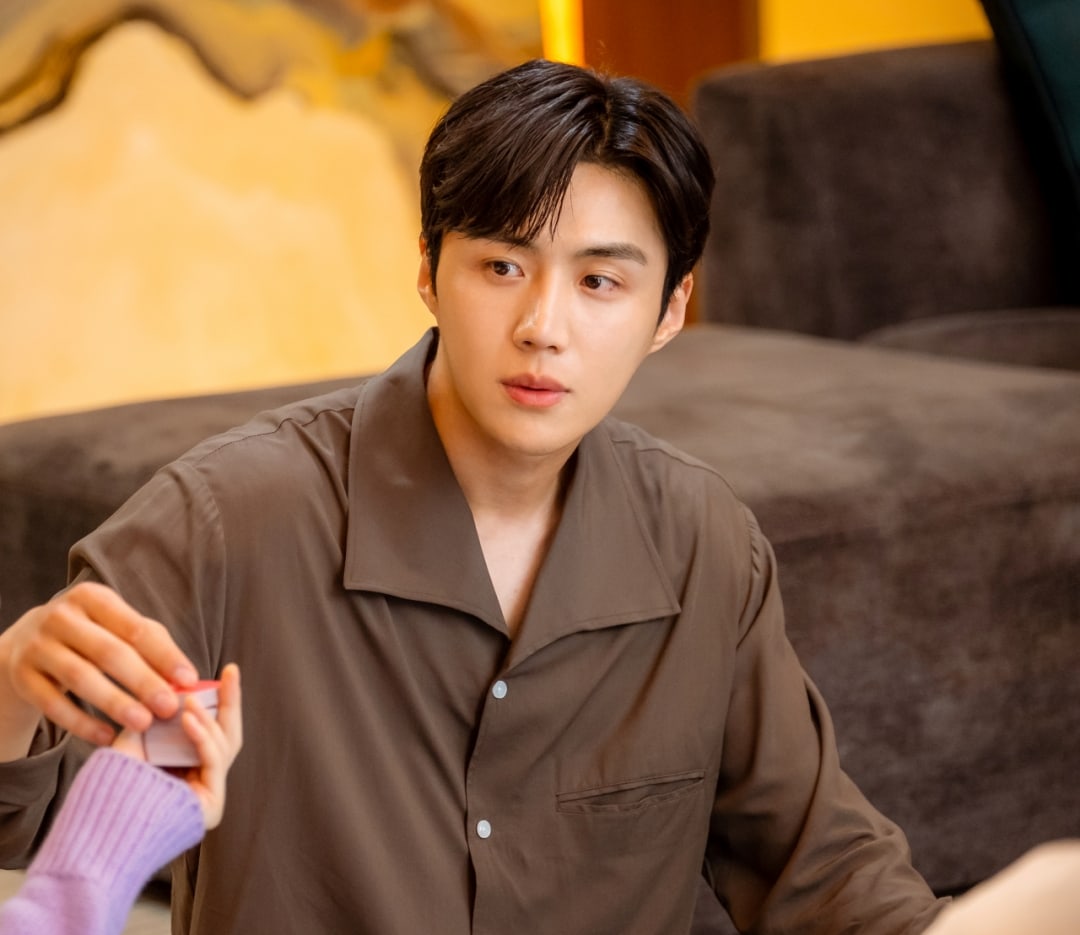 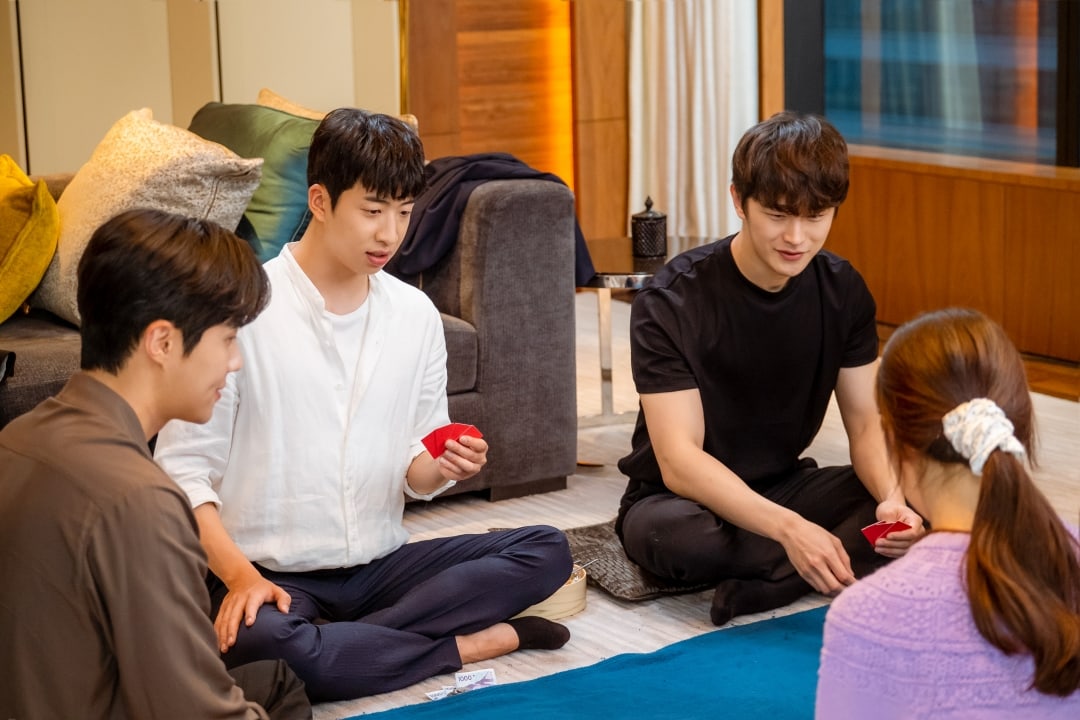 On the previous episode of the drama, Nam Do San and Seo Dal Mi met one another while Han Ji Pyeong watched from the sidelines—raising the question of how exactly the three characters will wind up hanging out together like the best of friends so soon.

To find out what brings this trio back together, tune in to the next episode of “Start-Up” on October 24 at 9 p.m. KST!

In the meantime, watch Nam Joo Hyuk in his previous drama “Radiant” below: