Directed by Choi Sang Hoon, “The Dragon Inn” is an “action noir” film about a Chinese restaurant that looks ordinary on the outside, but actually harbors a thrilling secret: it houses a vigilante squad that takes justice into its own hands by ruling on cases where the court of law is of no use.

Jeonghwa will play the role of Ji Hye, the only female member of the squad and a commanding character who devises plans and strategies for the team. She also stands at the center of a somewhat tense love triangle between the characters Chul Min (played by Ji Il Joo) and Yong Tae (played by Bae Hong Seok).

The poster gives a new look at the main characters. Chul Min stands out as the protagonist as he looks determined in the city. The squad members include Ji Hye, Seung Jin (played by Jang Eui Su), Yong Tae, Mr. Kwak (played by Jung Eui Wook), Father Kim (played by Oh Ji Ho), and Ye Joo (played by Berry Good’s Johyun). Above them, the text reads, “Seek goodness, not evil.” 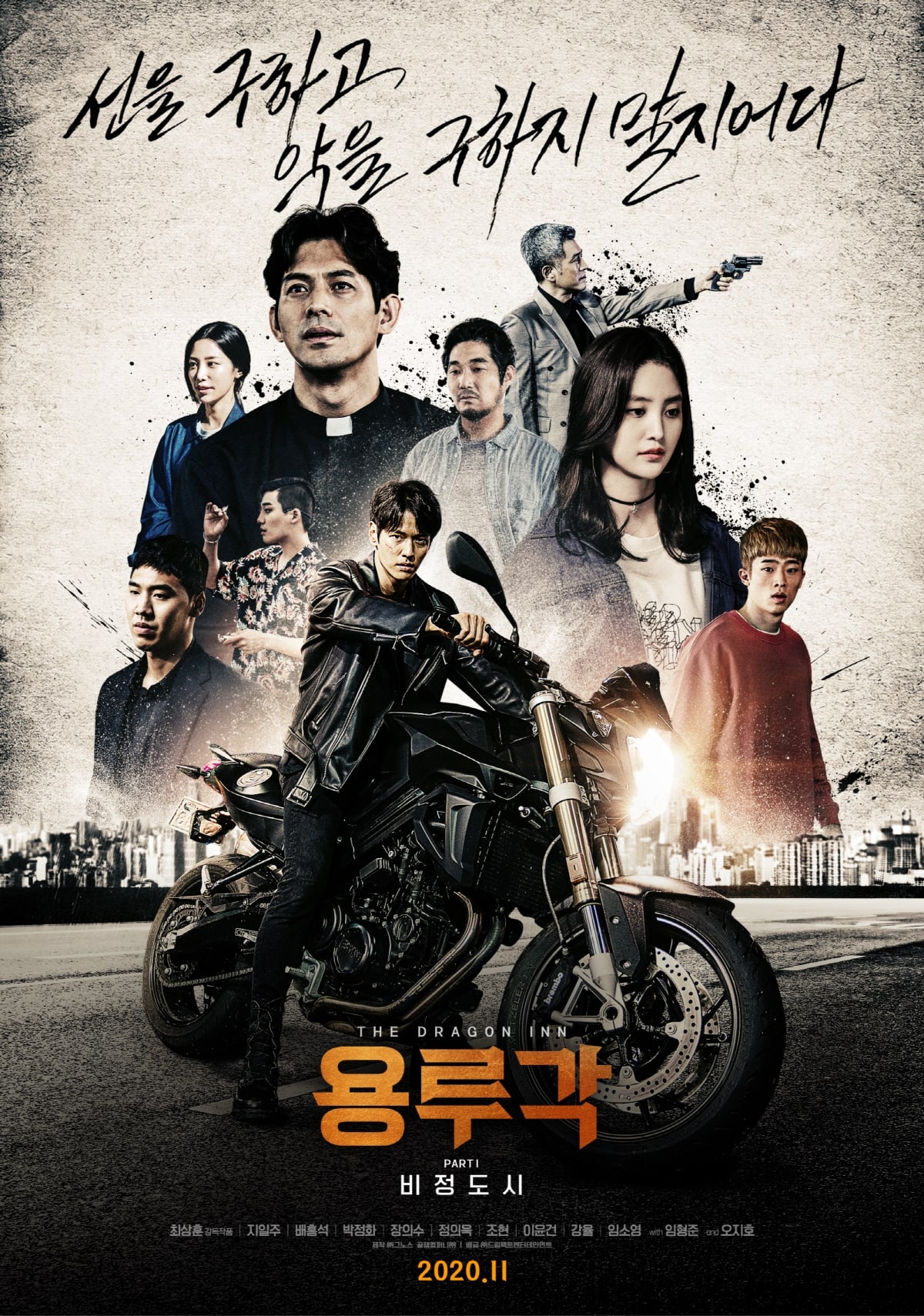 A new preview for the film has been released as well. In the clip, Judge Choi (played by Im Hyung Joon) appears to secretly ask Father Kim about a case, and the members of the squad are introduced one by one. After a case regarding illegal drugs is revealed, the squad begins to take action. The truth behind the crime seems to be connected to the son of a corporation’s president, and the squad gets involved in intense moments as they work to restore justice.

In the meantime, watch Jeonghwa in the web drama “Mask“!