TWICE’s Jeongyeon showed her support for her sister Gong Seung Yeon by sending a coffee truck to the set of her new film!

After appearing in dramas such as “Are You Human Too?” and “Flower Crew: Joseon Marriage Agency,” Gong Seung Yeon is making her silver screen debut through the upcoming film “Handsome Guys.”

On November 15, the actress shared some photos on her Instagram story of a coffee truck sent by Jeongyeon. Along with the images, she wrote, “The coffee truck that Jeongyeon sent,” followed by a green heart emoji.

The banner on top of the coffee truck, which features a pictures of the three siblings, reads, “Seung Yeon, do your best! Your little sisters are watching.” 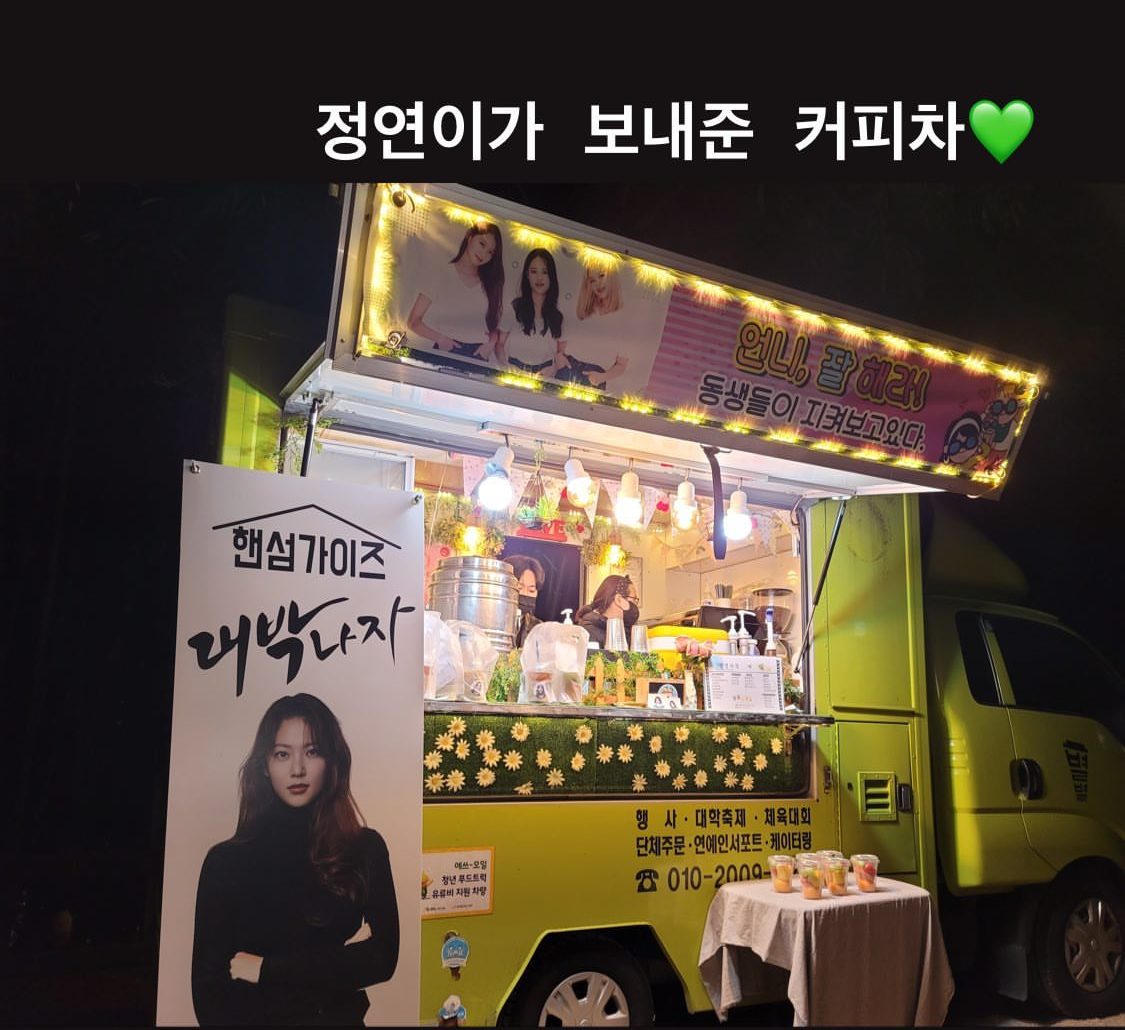 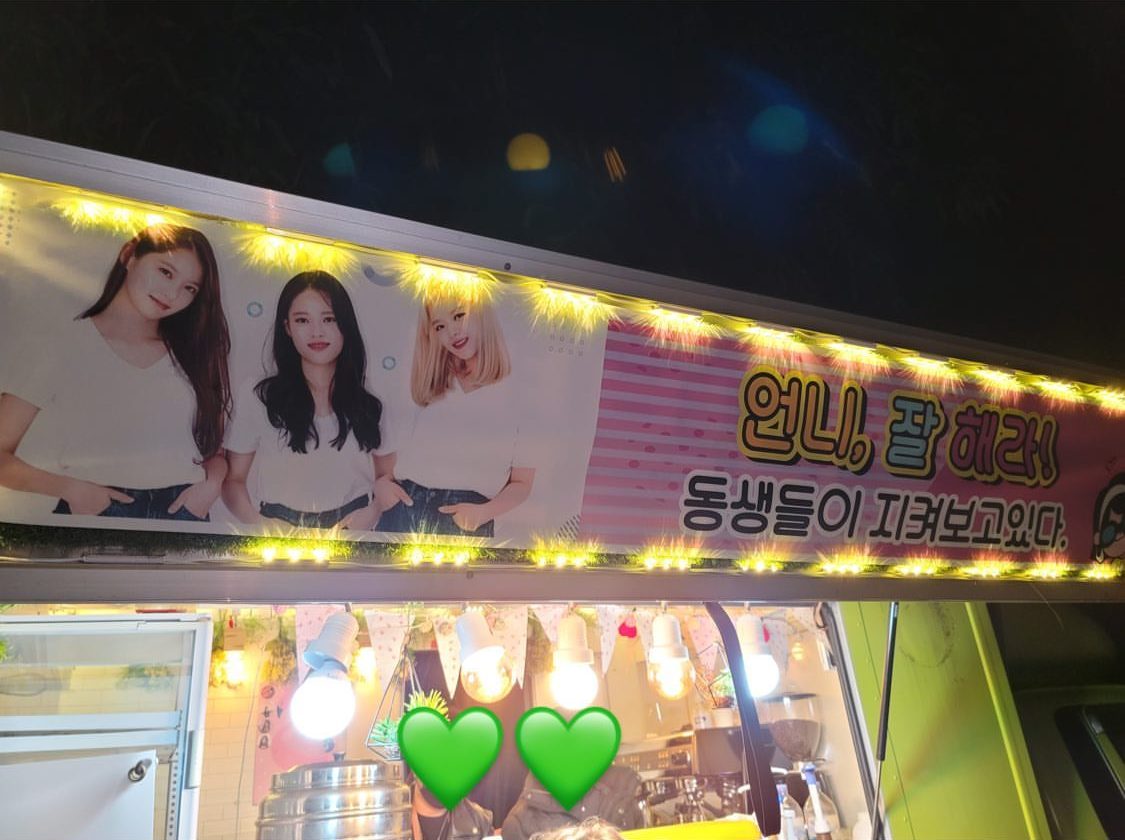 Jeongyeon is currently on hiatus from TWICE’s activities due to health concerns.