JTBC’s upcoming drama “She Would Never Know” has released its swoon-worthy first poster!

In the newly released poster for the upcoming drama, Yoon Song Ah and Chae Hyun Seung share a passionate kiss in the middle of the street just as the sun sets, with time appearing to stop for the two lovers as others pass them by.

The romantic moment is adorned with the caption: “Work and romance: do both of these things with me, sunbae [a term of address for a senior colleague].” 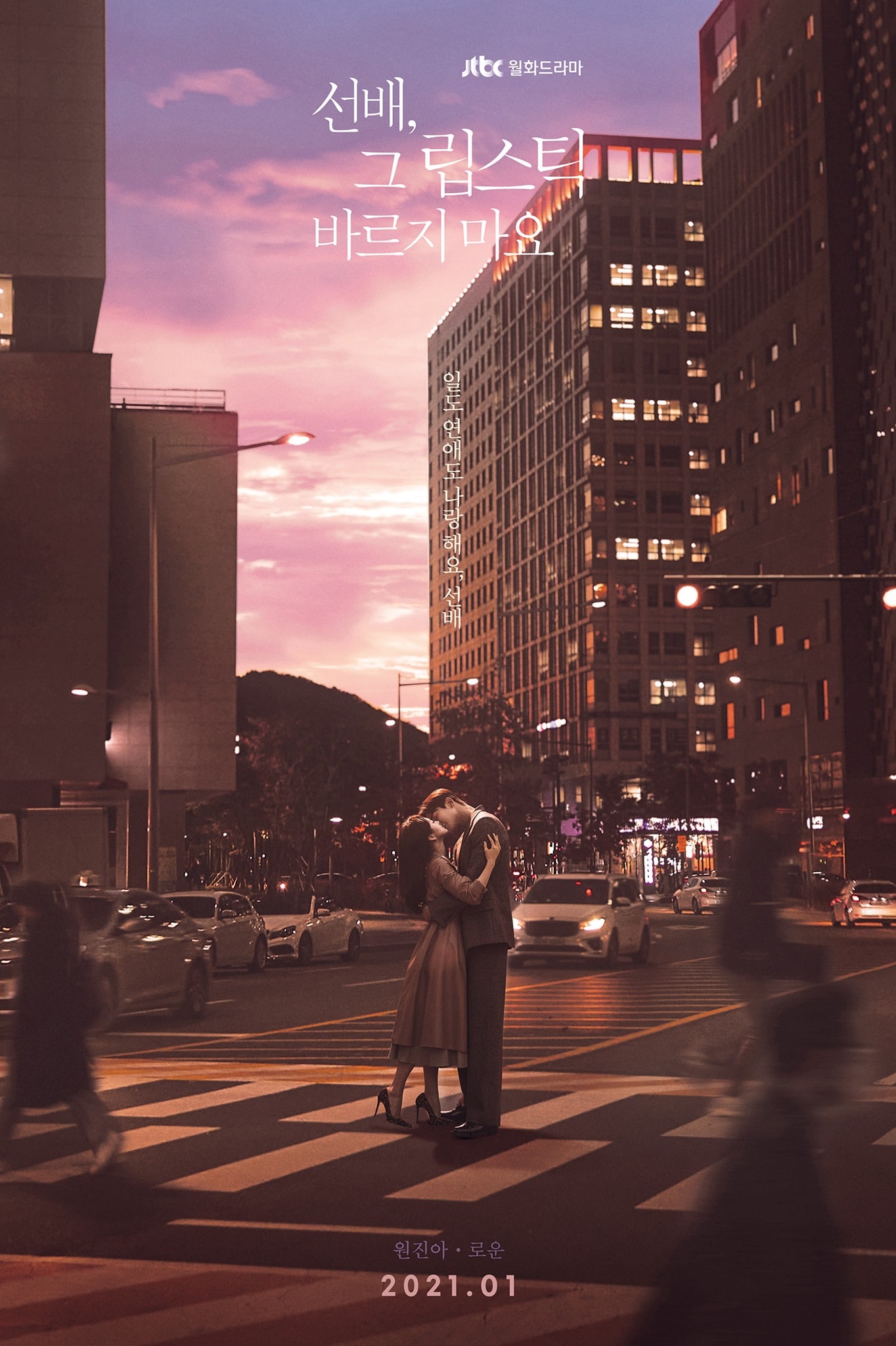 “She Would Never Know” is currently slated to premiere in January 2021, following the conclusion of JTBC’s “Live On.”

Are you excited to see Rowoon and Won Jin Ah in this new romance drama?