Watch: Ahn So Hee And Sunmi Emotionally Reminisce As They Have A Mini Wonder Girls Reunion

Ahn So Hee shared a fun and touching video of her mini Wonder Girls reunion with Sunmi!

Ahn So Hee started out the video in her car, where she explained that it was her first time meeting Sunmi in a while and it had been difficult to find a time that worked for both of them. The pair then met in a restaurant, and they laughed as they introduced each other to the camera.

As they enjoyed their food, Sunmi said, “I was just thinking about my memories of you. Every time you finished up a project, you went through a hard time mentally. You’d call me and say, ‘I need to see you.’ But now you seem really different, because you made the effort.”

Ahn So Hee replied, “Also, when I didn’t want to be alone, I was almost always at your place.” Sunmi said, “I used to think you live at my place.”

Later on, Ahn So Hee shared, “I started dance practice.” She said with a laugh, “It wasn’t what it used to be” and added that she’d sweat the most that day out of the whole month. Sunmi told fans that Ahn So Hee was the fastest at learning choreography back in the day, and they reminisced about how they’d learned Girls’ Generation’s “Kissing You” for a performance and started to dance.

Sunmi shared that they had a deal that whoever made a choreography mistake had to pay up. “None of us got it wrong, right?” said Ahn So Hee. Sunmi told her that everyone had except Sunmi, making Ahn So Hee burst out laughing. 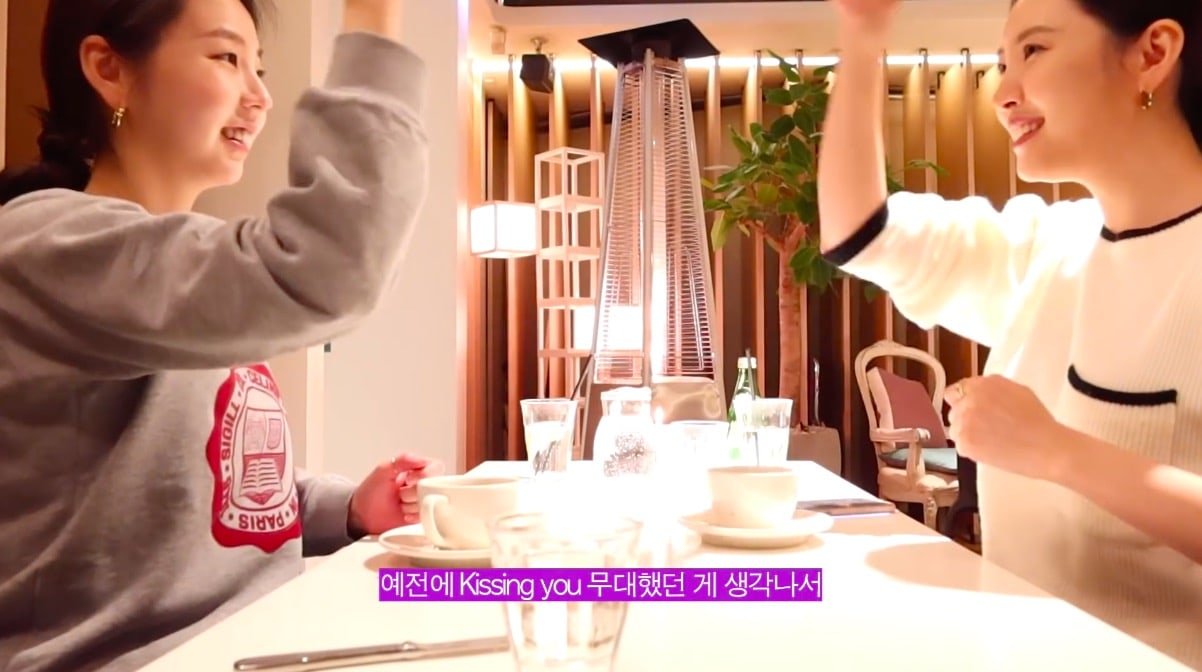 Sunmi then brought up how Ahn So Hee had sent her long text messages when they were returning to Korea from New York. “They kept coming,” said Sunmi. “And you weren’t the kind of person to say those things. I think we were really important to each other.” Sunmi explained that she’d been worried about Ahn So Hee.

Ahn So Hee got choked up, and they both collected themselves. Ahn So Hee said, “It’s the first time you’ve told me this.” Sunmi jokingly turned to the camera to announce, “Ahn So Hee’s crying!” which Ahn So Hee denied. Sunmi said, “She’s got tears in her eyes!”

Check out Ahn So Hee’s latest drama “Missing: The Other Side” here!

Ahn So Hee
Sunmi
Wonder Girls
How does this article make you feel?