In the previous episode, Nam Do San returned from San Francisco for the first time in three years and reunited with Seo Dal Mi when he suddenly turned up to help remove the ransomware that had taken over her company’s self-driving vehicle solution. What’s more, Nam Do San decided to remain in Korea instead of going back to San Francisco, leading viewers to wonder how his change of heart would affect his relationship with Seo Dal Mi.

The new stills depict the pair having a tense conversation in the rooftop office where Samsan Tech had its beginning. Seo Dal Mi’s eyes fill with tears as she looks at Nam Do San, who lowers his head to avoid her gaze. It remains to be seen what will transpire during the conversation between the two individuals who have significantly matured since their break-up due to uncontrollable circumstances three years prior. 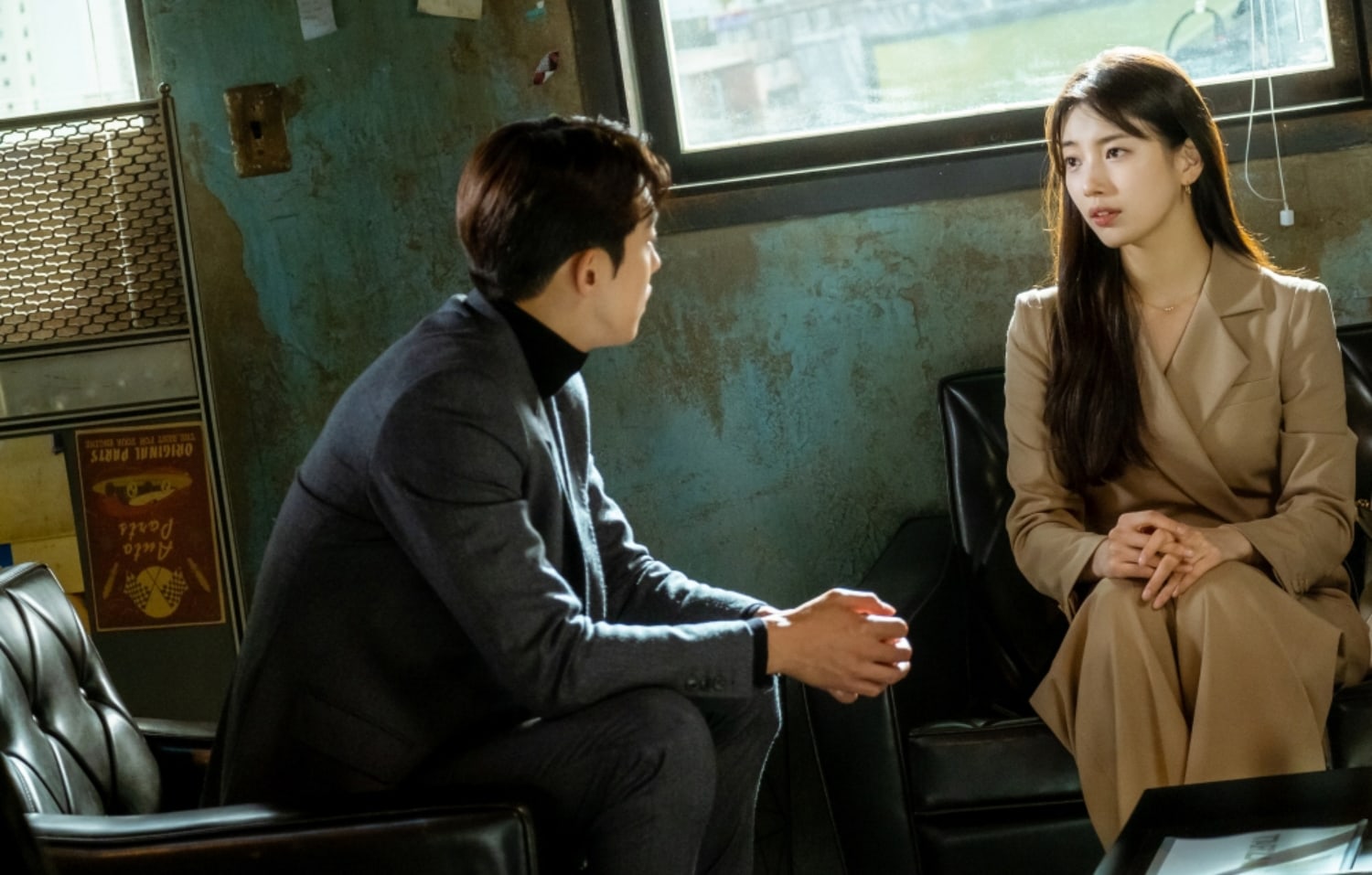 Additionally, although the members of Samsan Tech had once stayed up all night discussing self-driving vehicles, only Seo Dal Mi ended up pursuing that dream. Viewers are anticipating how the scattered puzzle pieces of their youth will come together once more.

In the meantime, watch Nam Joo Hyuk in “Bride of the Water God” below: