Cha Tae Hyun appeared as a guest on the December 11 broadcast of JTBC’s “Camping Vibes”!

During the broadcast, Cha Tae Hyun talked about his marriage. The members of the show were shocked when they found out he got married at the age of 31 to his wife, whom he fell for at first sight and started dating when they were in 11th grade. At their reaction, Cha Tae Hyun confessed he felt really burdened about being labeled as a “romantic man” for having married his high school sweetheart.

Cha Tae Hyun also talked about the fact that he carries his wife’s hand-written letter in his wallet. He explained, “She wrote that letter because she felt sorry for me. She helped me a lot when I was suffering from panic disorder. It comforts me, so that’s why I carry it around. But it’s not like I read it every day.” 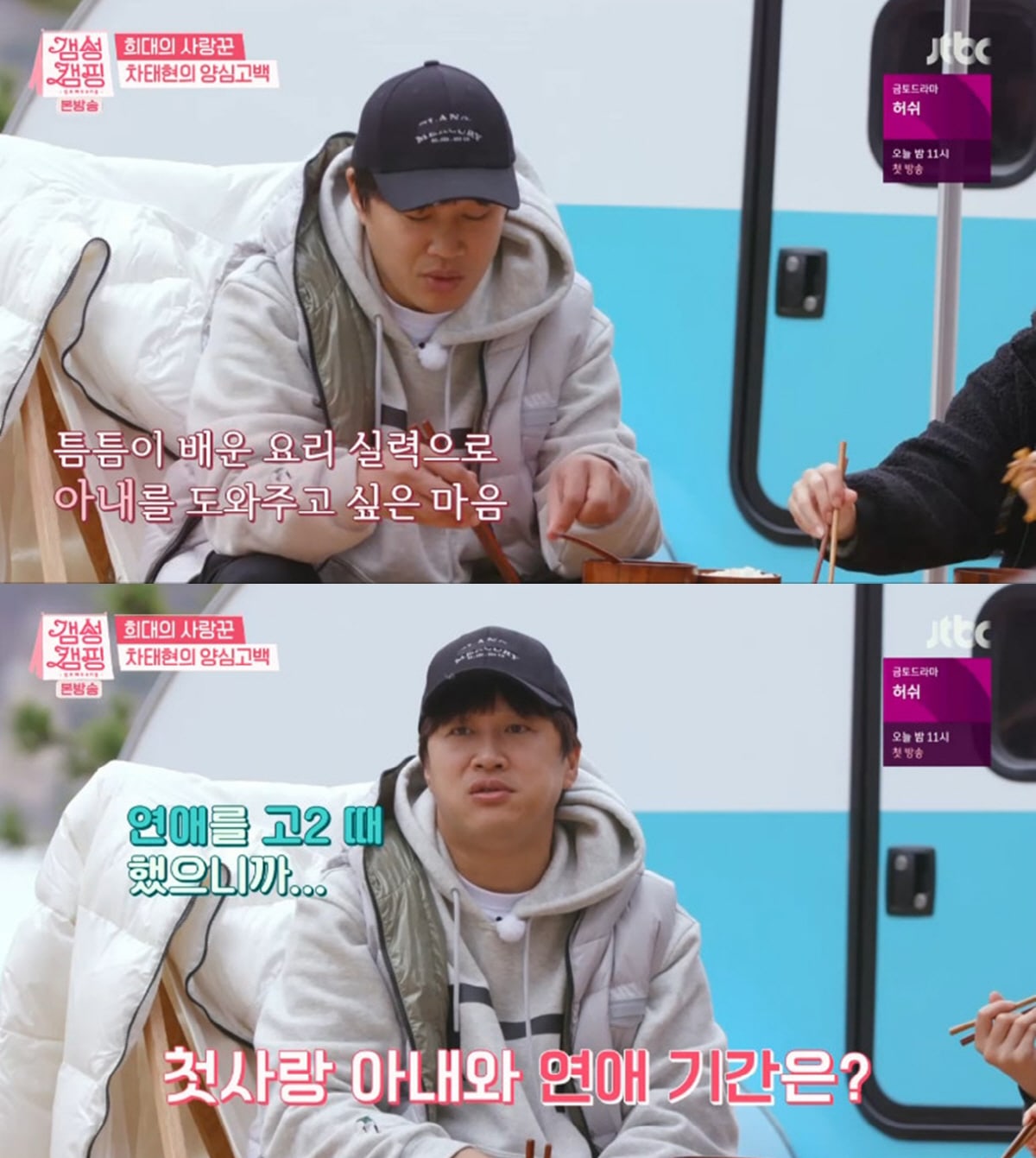 Then he revealed one story from when they were dating. He shared he once stopped filming and went to Jeju Island because she wanted to end their relationship. He said, “If I didn’t go, it would’ve been the end of us. I had to go and apologize somehow. I told the staff something came up at home and went to Jeju Island.” 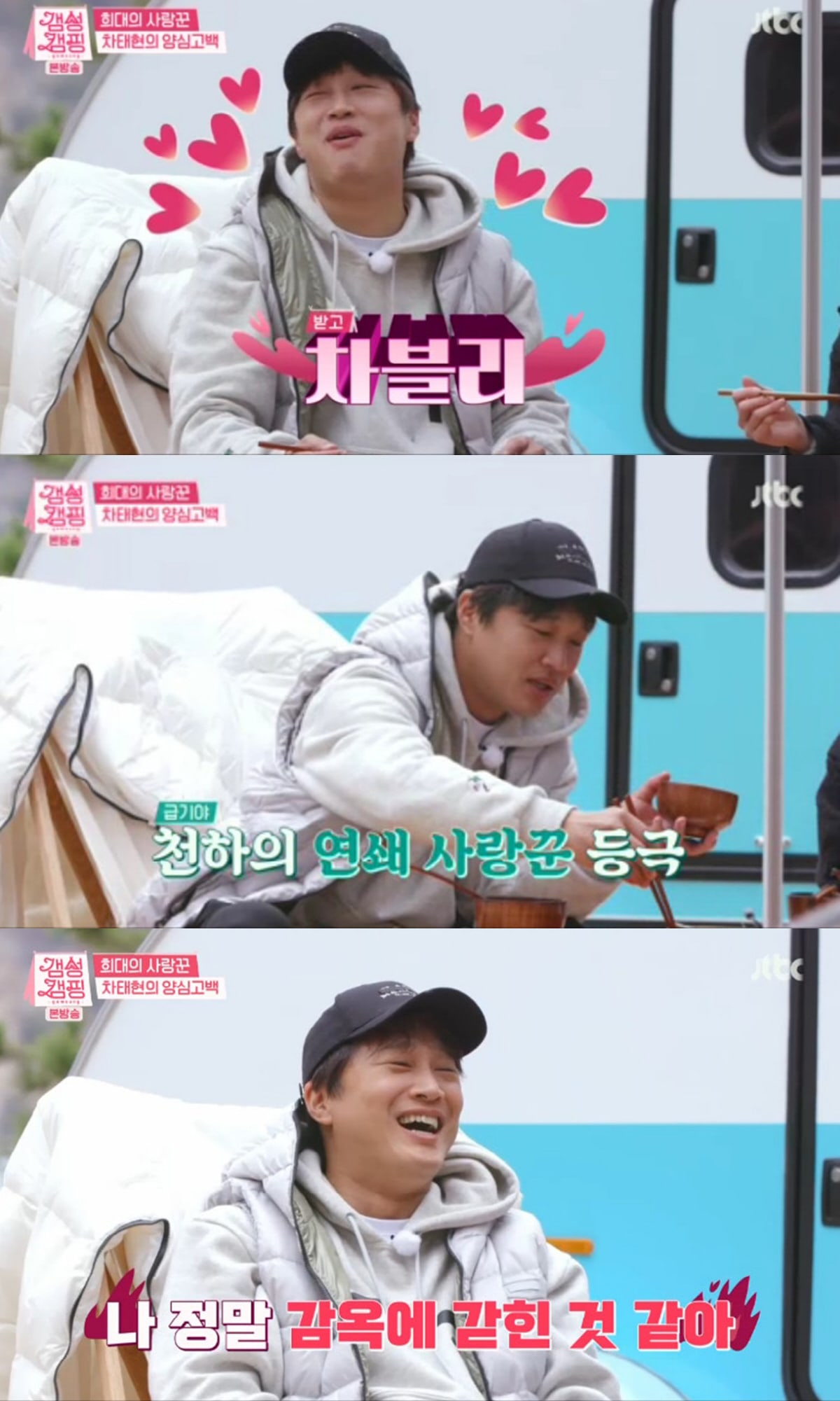 Concerning the reason why he appears on variety shows often, Cha Tae Hyun said, “There was only one reason I appeared in ‘2 Days & 1 Night.’ I went on that show when my son Soo Chan was young, and I hoped that he would be popular until he went to high school. If I just appear in movies, then people won’t really know me. That’s why I have to be on variety shows.” 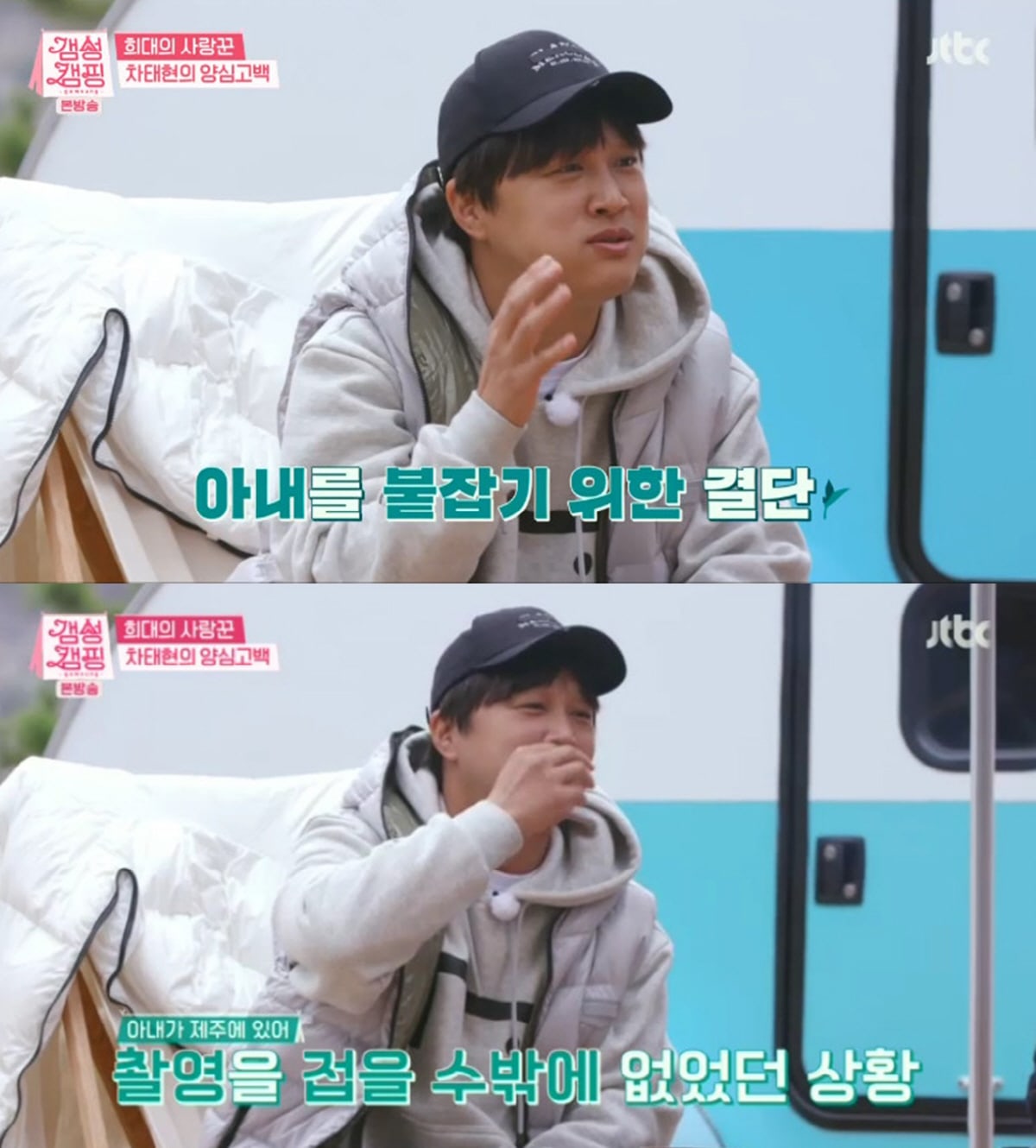 Watch “Camping Vibes” on Viki below!

Cha Tae Hyun
Camping Vibes
How does this article make you feel?