Red Velvet’s Joy Talks About Reaching Adulthood, The Importance Of A Healthy Lifestyle, And More

Red Velvet’s Joy recently posed for a pictorial with Allure!

In the accompanying interview, the editor said, “You’ve finished filming for the January 2021 issue, even though it’s still December 2020. Because magazines live a month in the future.”

Joy responded, “I like that phrase, ‘living one month in the future.’ Should I now refer to this year as ‘last year?’ I turned 25 [Korean age] in 2020, but because of COVID-19, I didn’t make that many memories. I don’t know if it’s because of those regrets, or because I’m living one month in the future in this magazine shoot, but I don’t feel ready to be 26 yet. [In Korea, people consider themselves a year older once the New Year/Lunar New Year passes.] I haven’t even stopped to consider the number ‘2021.’” 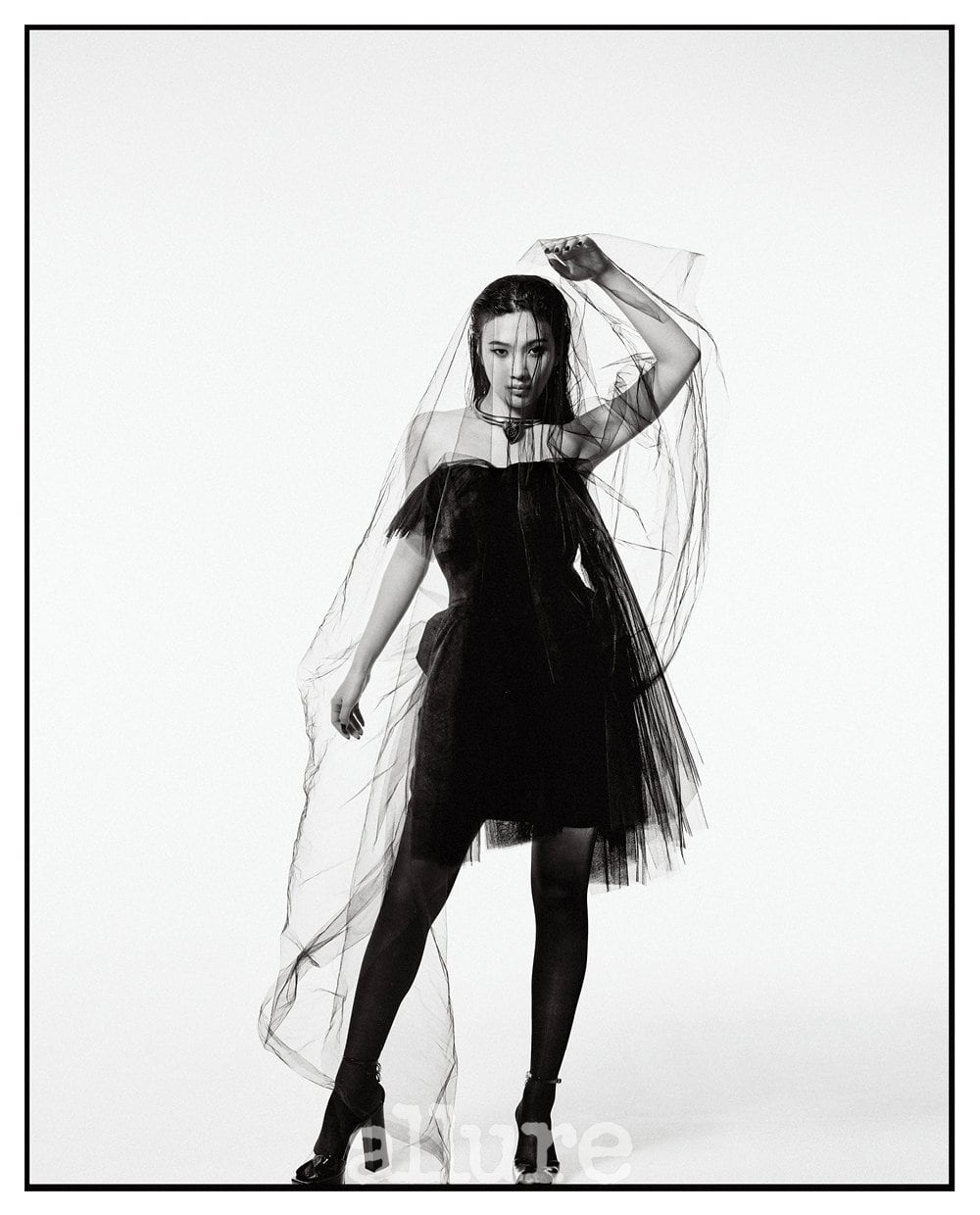 The interviewer said that ’26’ is the age at which one begins to feel like an adult, and she said, “I think that’s true. Of course, I started work at a much earlier age than my peers. It’s already been about seven years, but I’m still running toward my dreams, and I feel like I can keep running for a long time. I get asked sometimes if I ever get tired. I get flustered when I hear that. I flinch a little, and think about things I didn’t think about before.”

The reporter pointed out that seven years is enough time to feel tired in any line of work and she replied, “I don’t know about tired. I thought that I knew myself, but it turns out I didn’t. I’m not even sure if I’m going in the right direction. Since then, I’ve been practicing how to live my best life. I’m trying to act, judge, and think for myself without the help of my agency, managers, or family.” 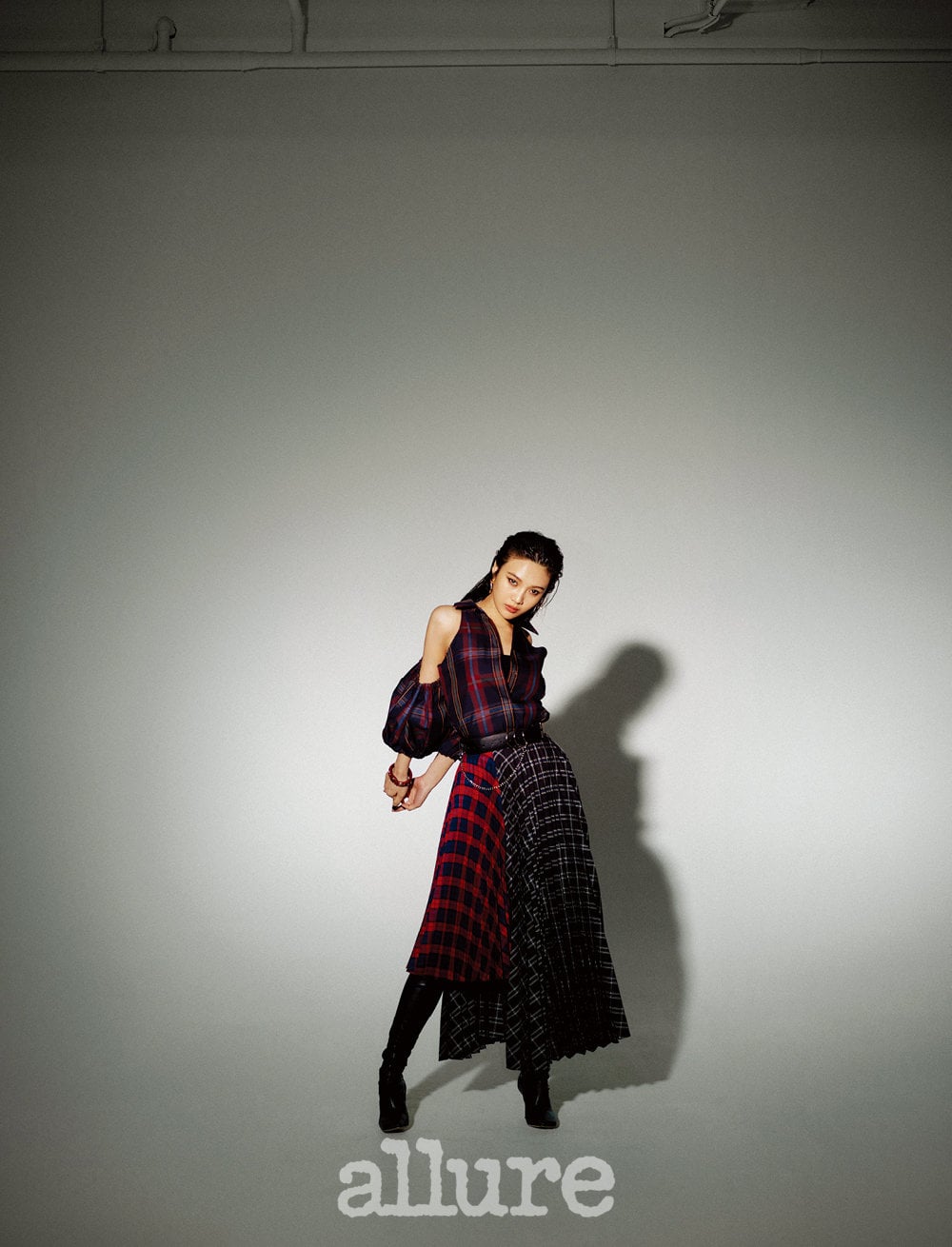 Asked if she was disappointed that she had become an adult too soon, she said, “An emotion like disappointment requires a target or an object. But I don’t have an object like that. I think that I naturally took on the role of an adult. No one forced me into it. I’m a very optimistic person, so instead of feeling disappointed, I prefer to spend my time and effort working on myself.” 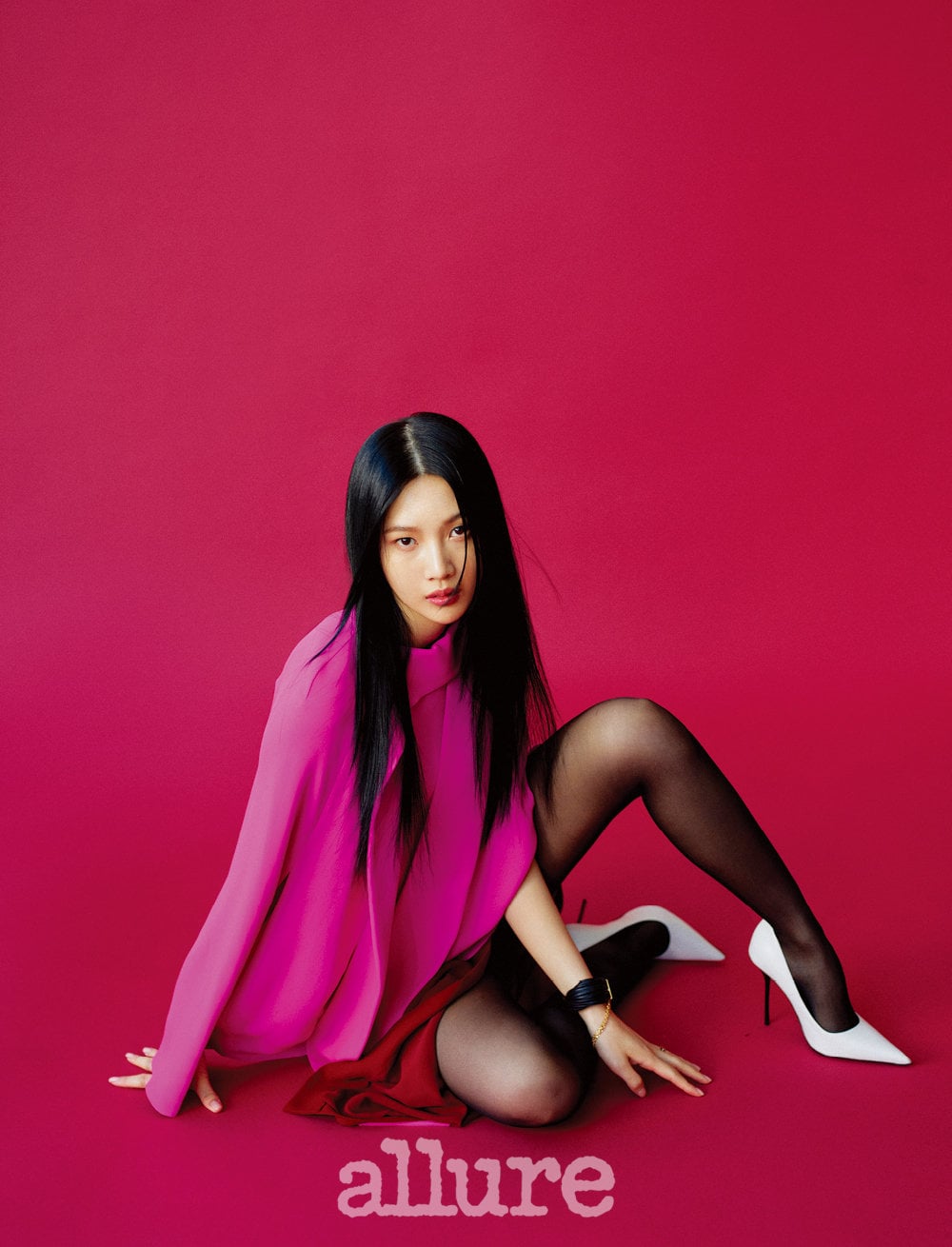 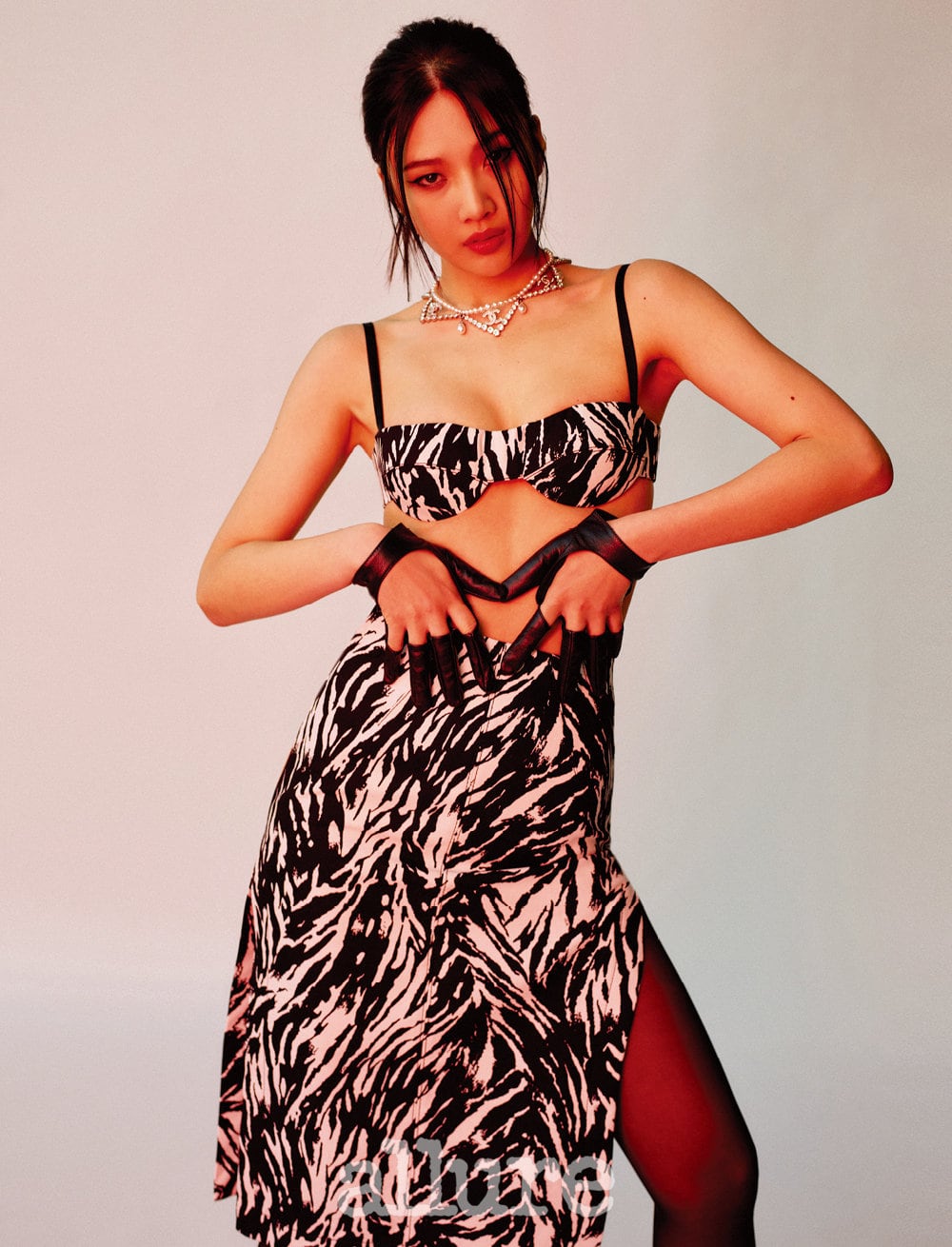 The editor shared that his idea was to flip the script on what people expected from “Joy’s face.” Joy said, “I liked the concept. I think that that ‘face’ is something that I want to turn inward as well. After standing on stage, and receiving so much love, there were times when I came to think that I must be an amazing person. I thought that I was a very seductive person. There were times when I lived thinking like that. But I didn’t go too far, came back to my senses, and returned to my regular routine.”

About her regular routine, she said, “I’m addicted to exercise. As soon as I wake up, I exercise. I do Pilates and strength workouts. I’ve also taken up horseback riding. I’m taking acting lessons as well. My body and mind are in peak condition right now, so it helps a lot.” 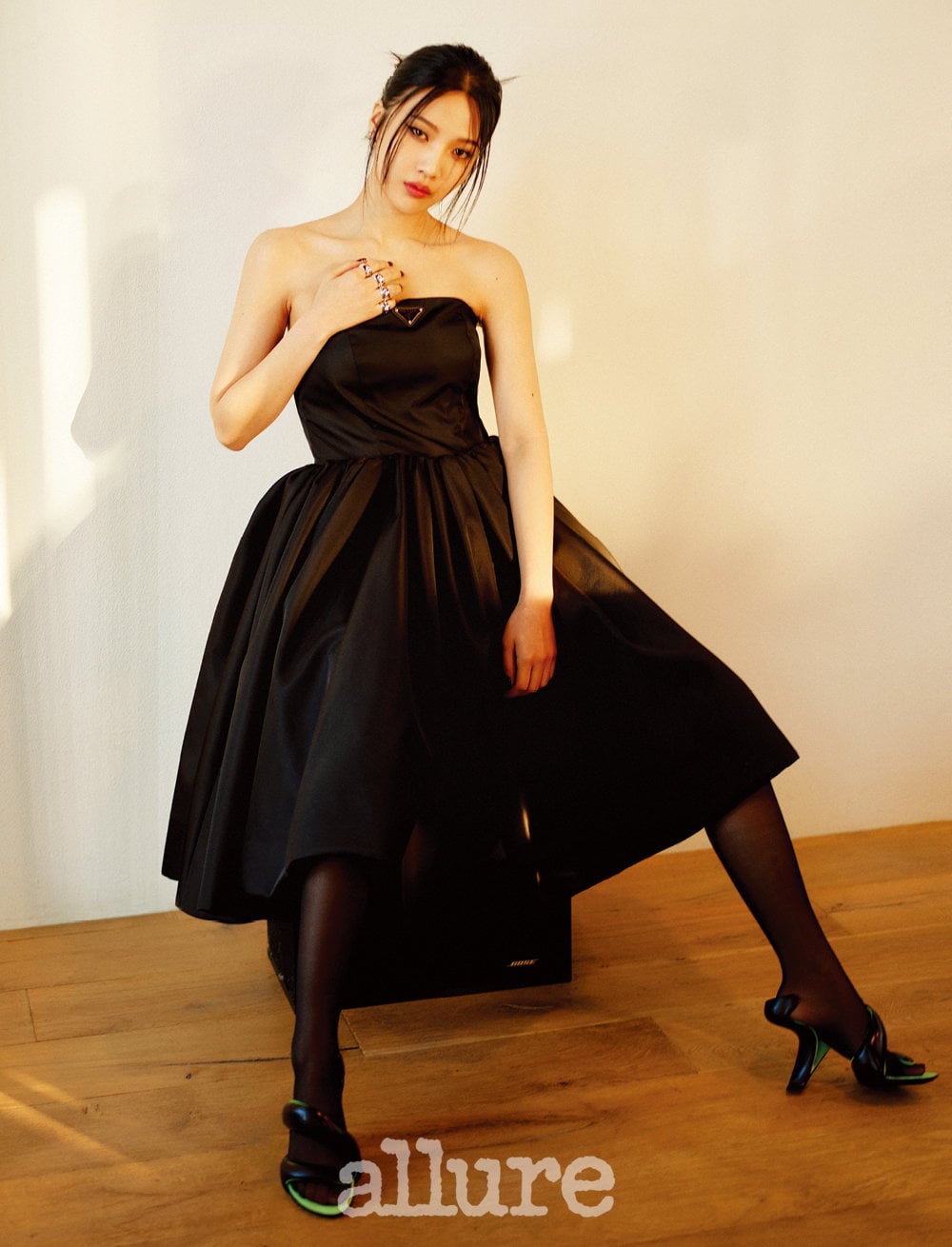 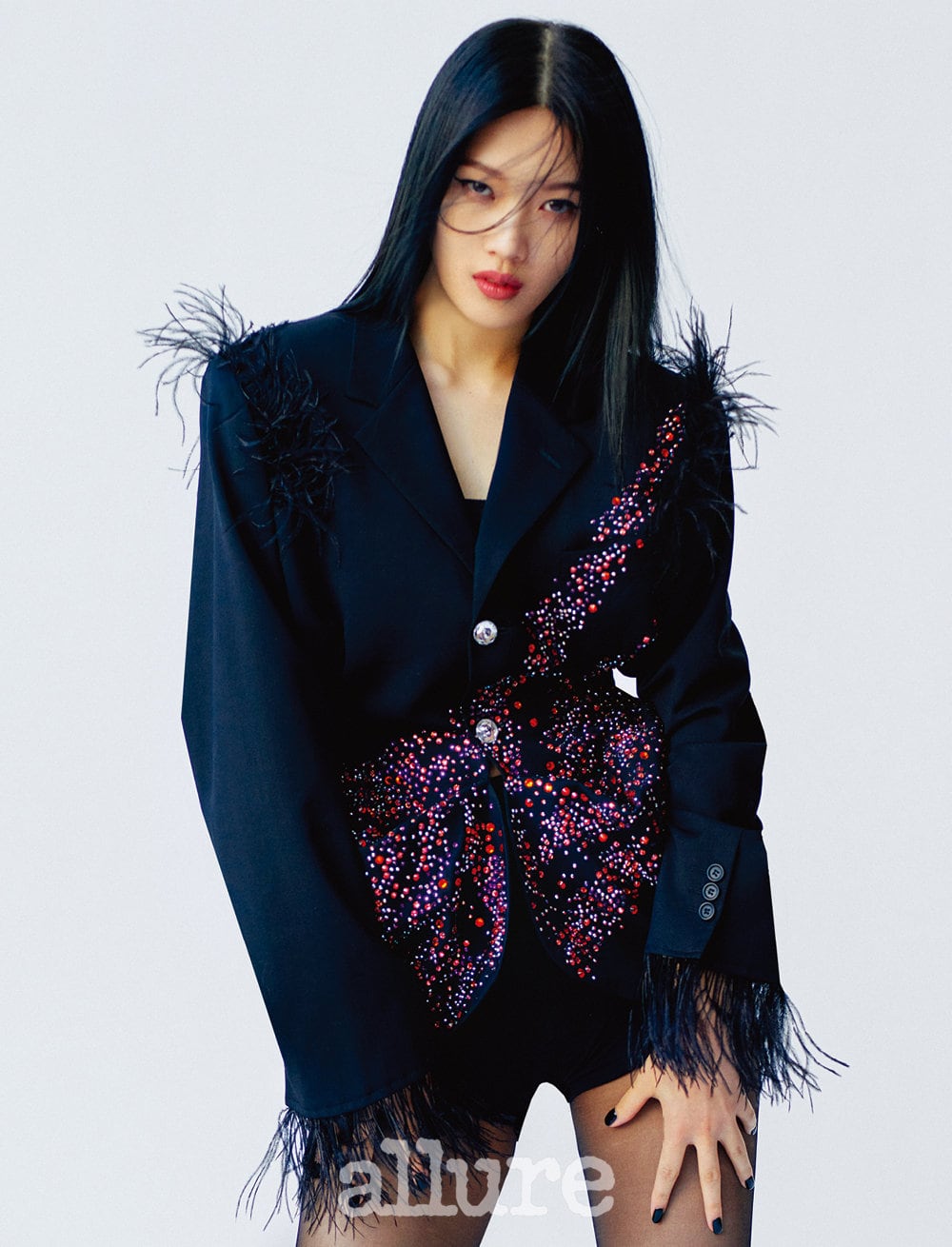 She continued, “When I first made my debut, I was insecure about my face. It’s not a face that’s pretty like a doll. Talent is talent, but the truth is, a face is the first thing that captures people’s attention. There have been times when I’ve been hurt. I also tried really hard to become prettier. But as soon as I let go of the compulsion to match other people’s standards, I stopped hating my face. Now I like my face as it is right now. I think that not hating yourself is the most important thing.” 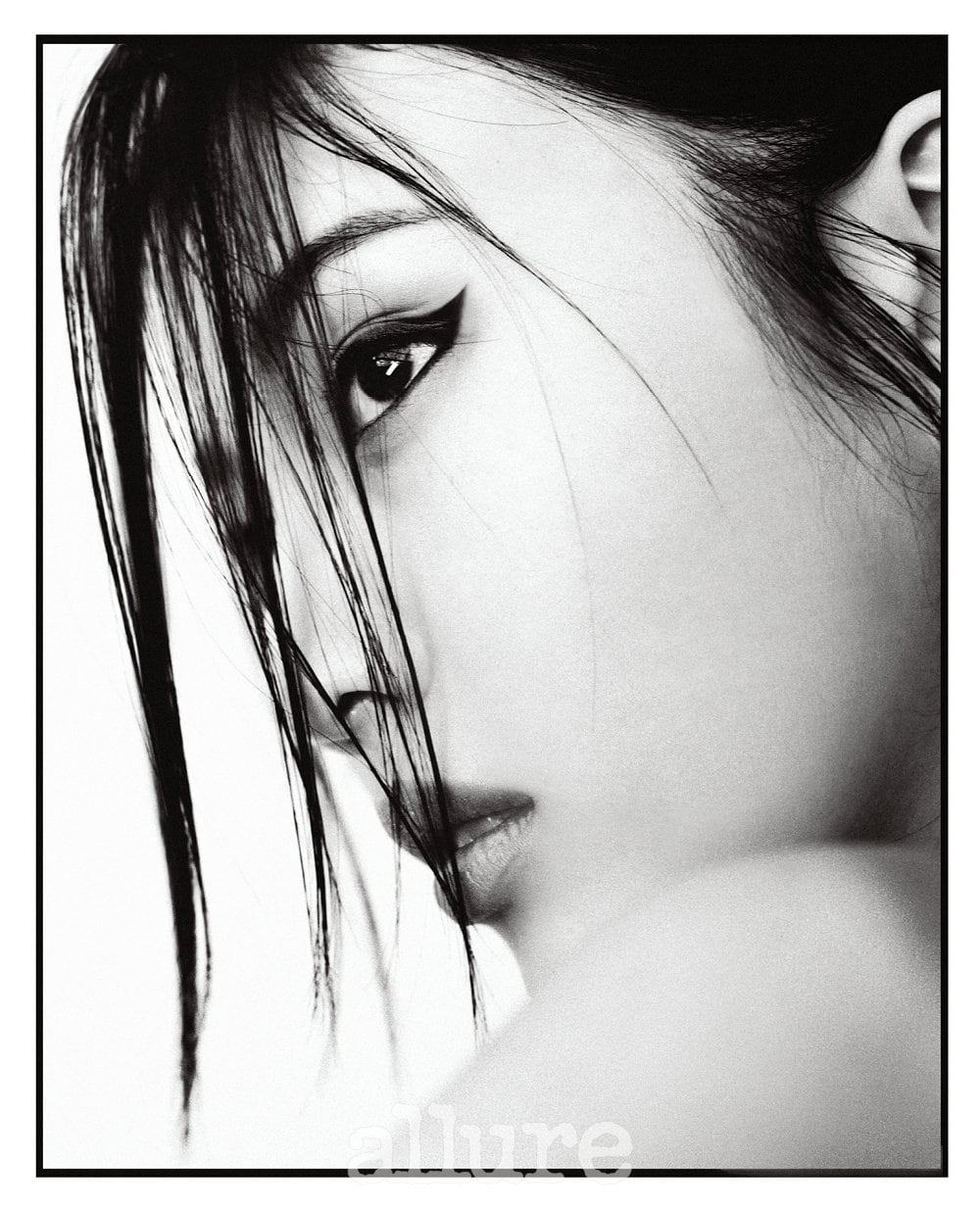 Joy also talked a little about her dedication to a healthy lifestyle. She said, “Exercise is really important. I didn’t really exercise up until last year. On the outside, I looked fine as long as I watched what I ate. But when I did concerts, I could feel it. After a certain point, my legs would start shaking. After doing strength exercises for a while, I could feel a different energy even just standing up. It feels like my axis is straight and my roots are dug firmly into the ground. I think that it also plays a big role in my mental health. Even if I don’t do anything else, as long as I exercise once, I feel proud of what I’ve done that day. I think, ‘I’ve lived well today.'” 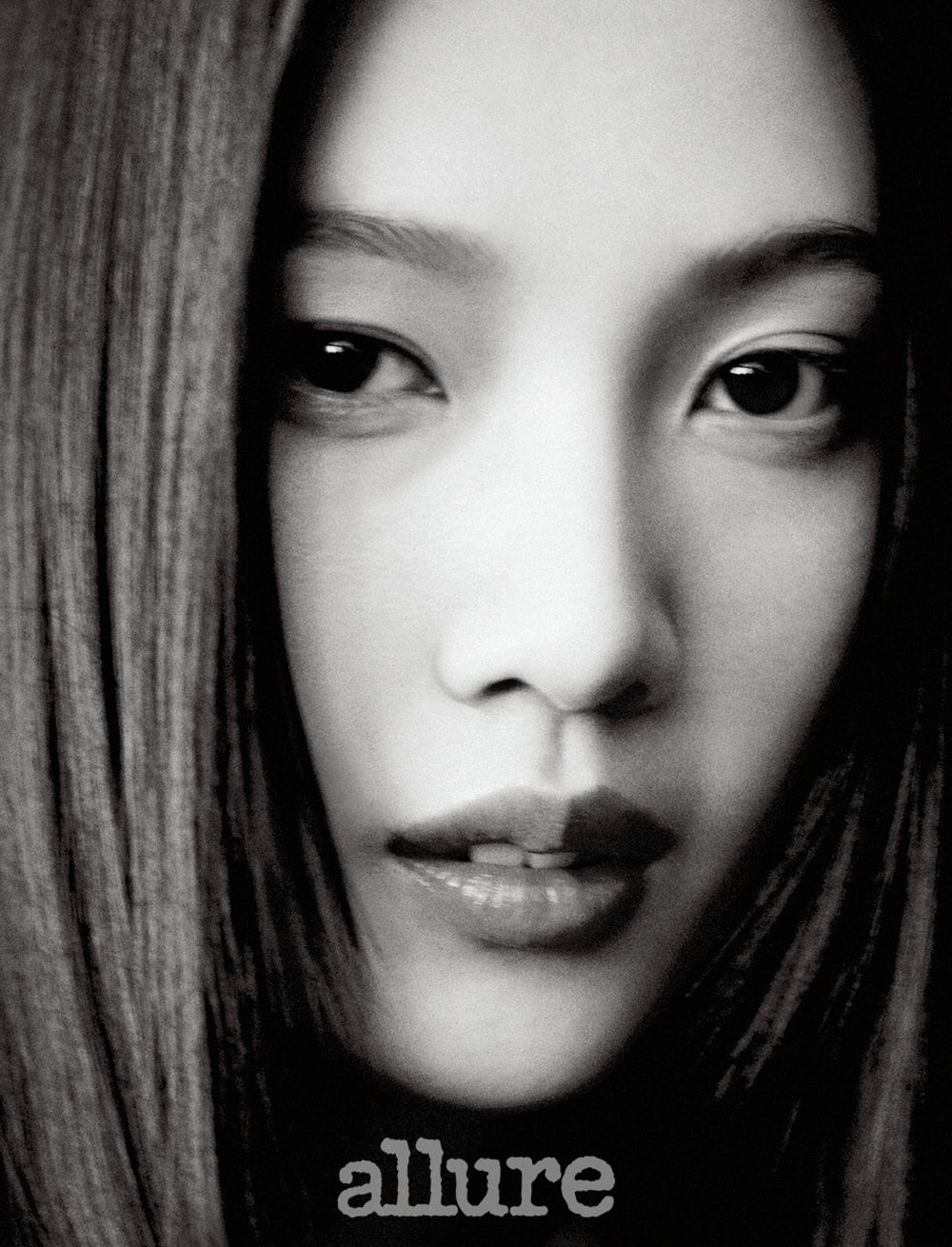 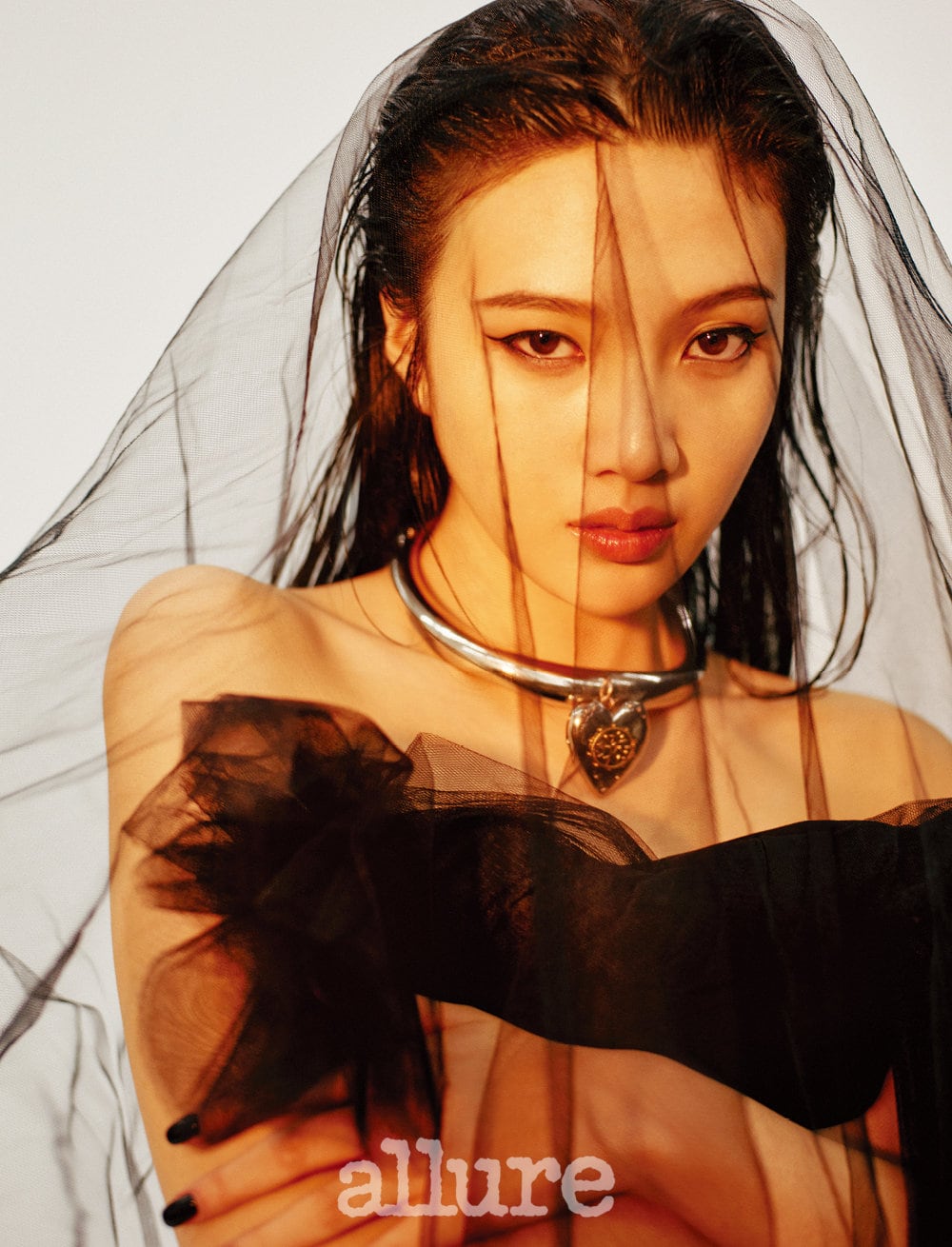 Check out Joy in the drama “Tempted” below! 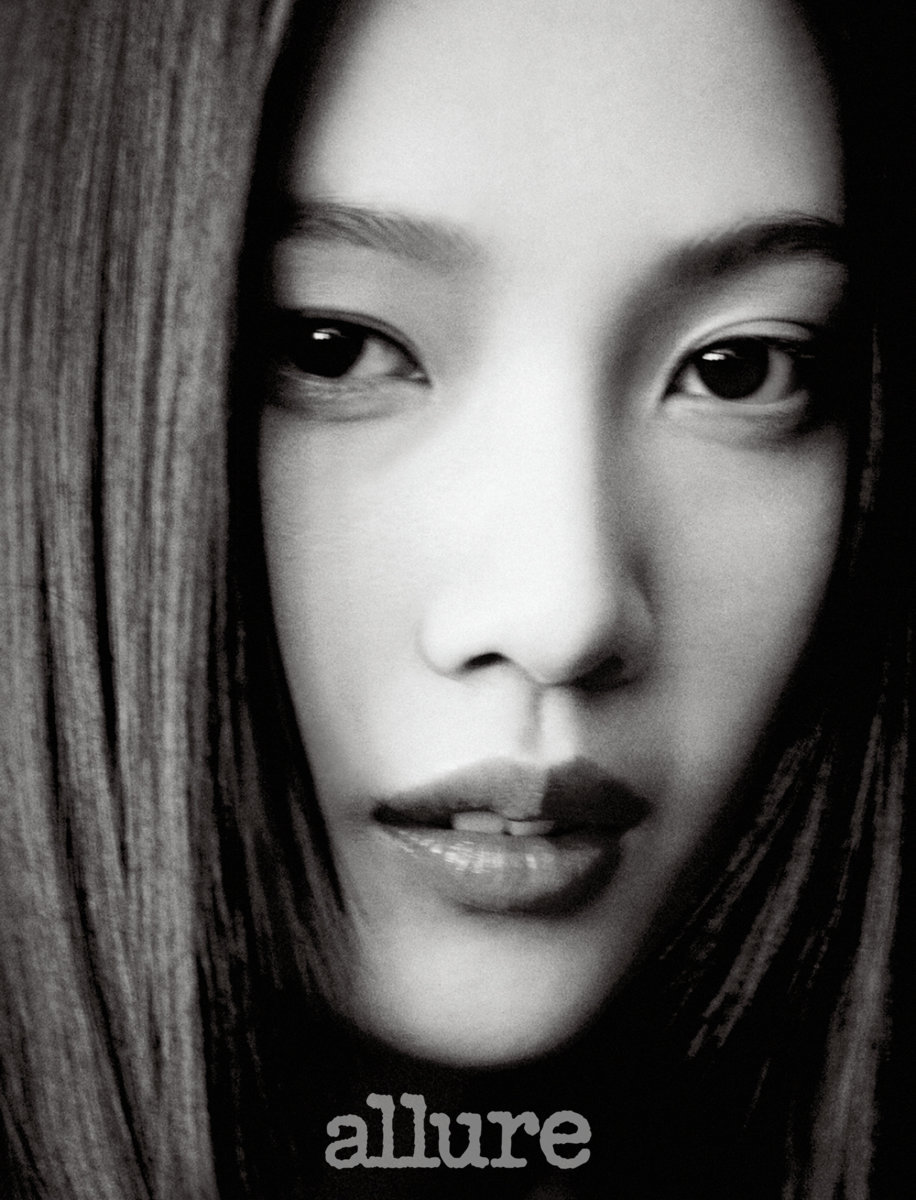 Red Velvet
Allure
Joy
How does this article make you feel?