On January 15, the popular rom-com drama released a cute video of its starring cast showing off their real-life chemistry as they have fun together behind the scenes.

For example, in the drama, Moon Ga Young and Park Yoo Na play Lim Ju Gyeong and Kang Su Jin, friends who are also rivals for Lee Su Ho (ASTRO’s Cha Eun Woo)’s affections. However, in the clip, the two co-stars joke about casting Lee Su Ho aside, declaring, “Let’s just get rid of Su Ho, both of us. Where is Lee Su Ho, anyway?” 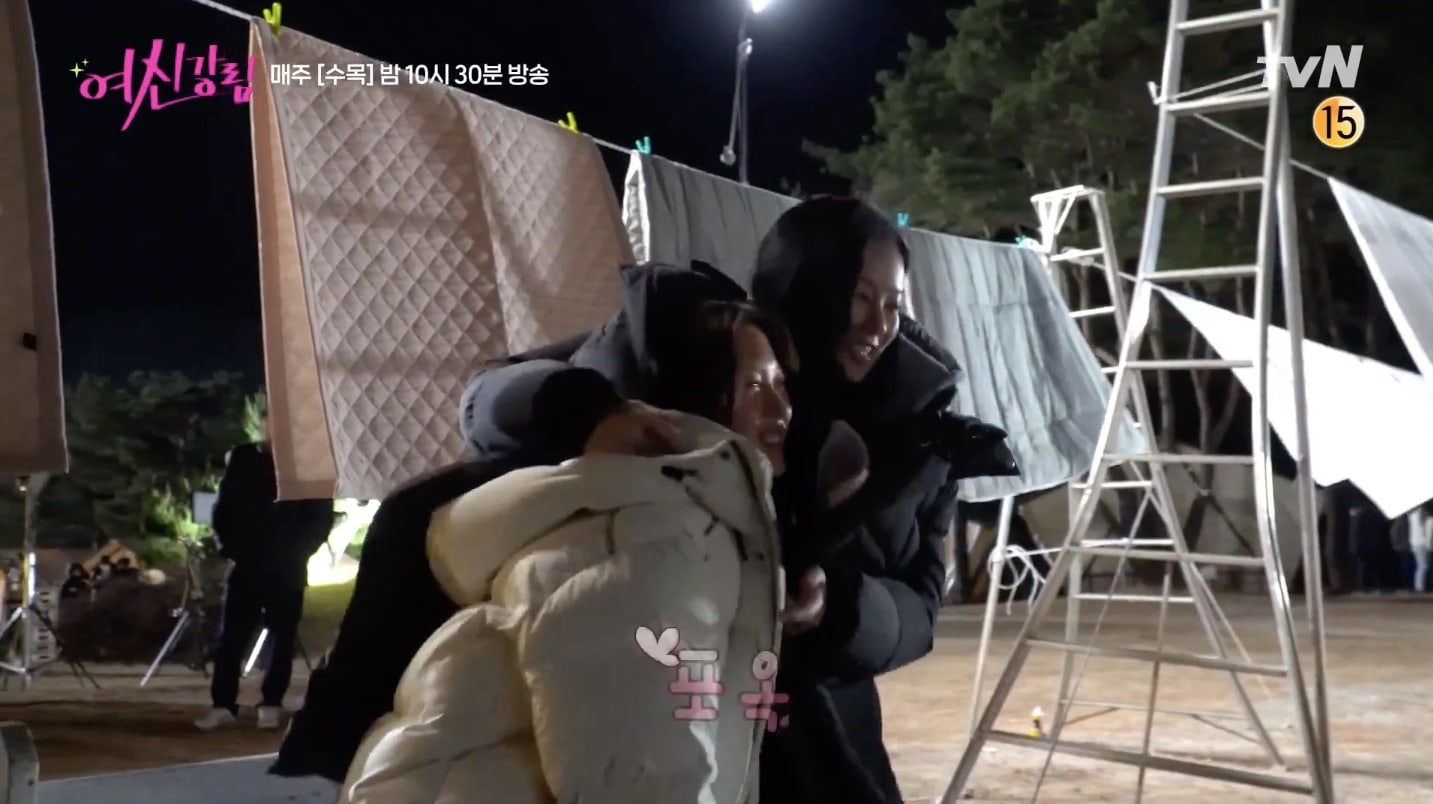 Moon Ga Young then excitedly tries her hand at operating one of the filming cameras, commenting, “I’ve filmed an insert before, but this is my first time filming a moving shot.”

In the next shot, Cha Eun Woo playfully gives an unwitting Moon Ga Young bunny ears while she looks at something on her phone. 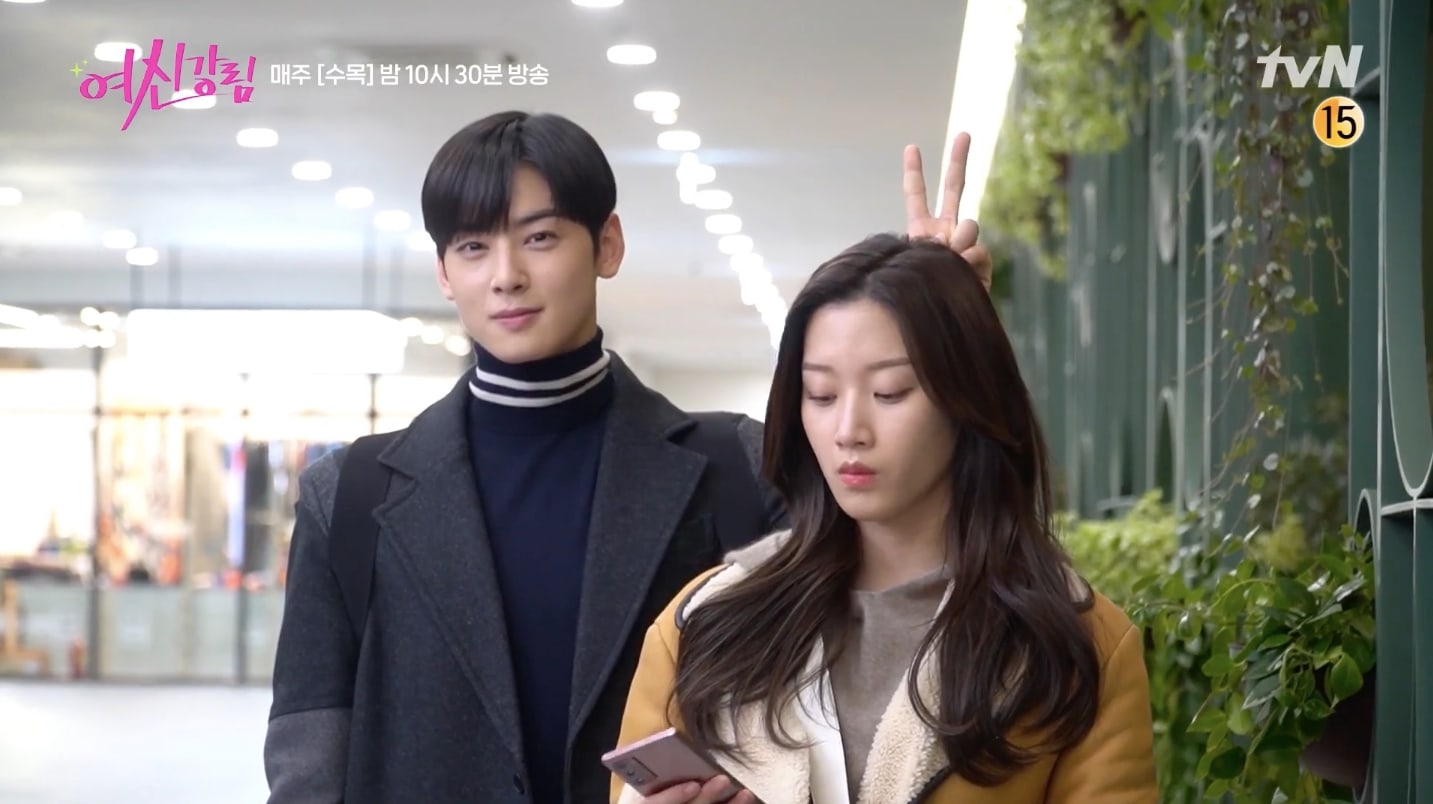 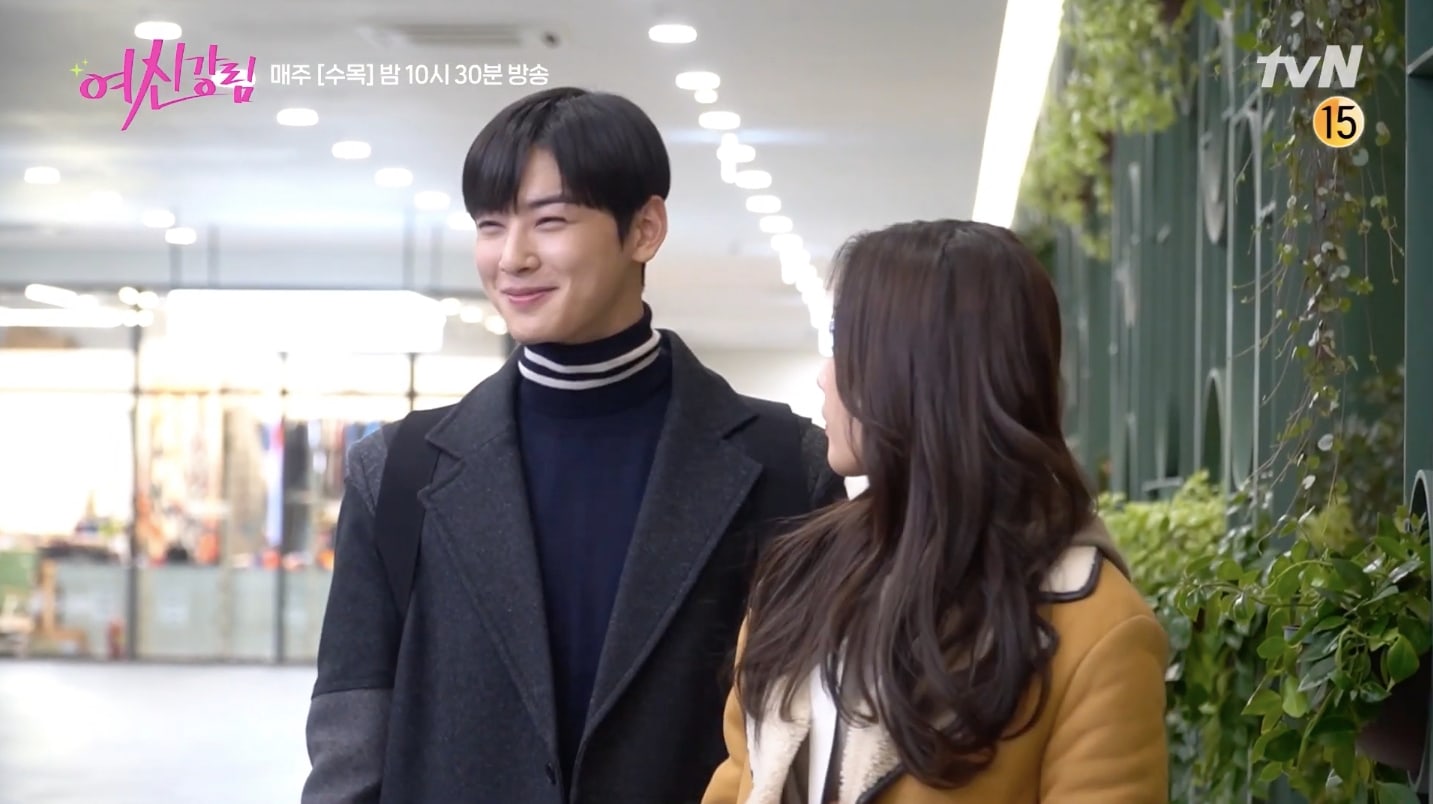 Later on in the video, Park Yoo Na and Cha Eun Woo joke around between takes while filming their scene at Lee Su Ho’s apartment. Park Yoo Na points out, “What’s weird is, how does [Lee Su Ho] live in such a nice place when he’s fighting with his dad? Isn’t this all [paid for with] his dad’s money? I don’t get it.”

Cha Eun Woo teasingly responds, “There’s something more important than that. [Kang Su Jin] claims she came here to bring me food, but I opened [the food containers].” Opening one of the containers and showing the camera that it’s completely empty, he jokes, “What is this?” Park Yoo Na confidently replies, “Egg rolls,” leading Cha Eun Woo to laugh, “Is the food only visible to people who are kind?” 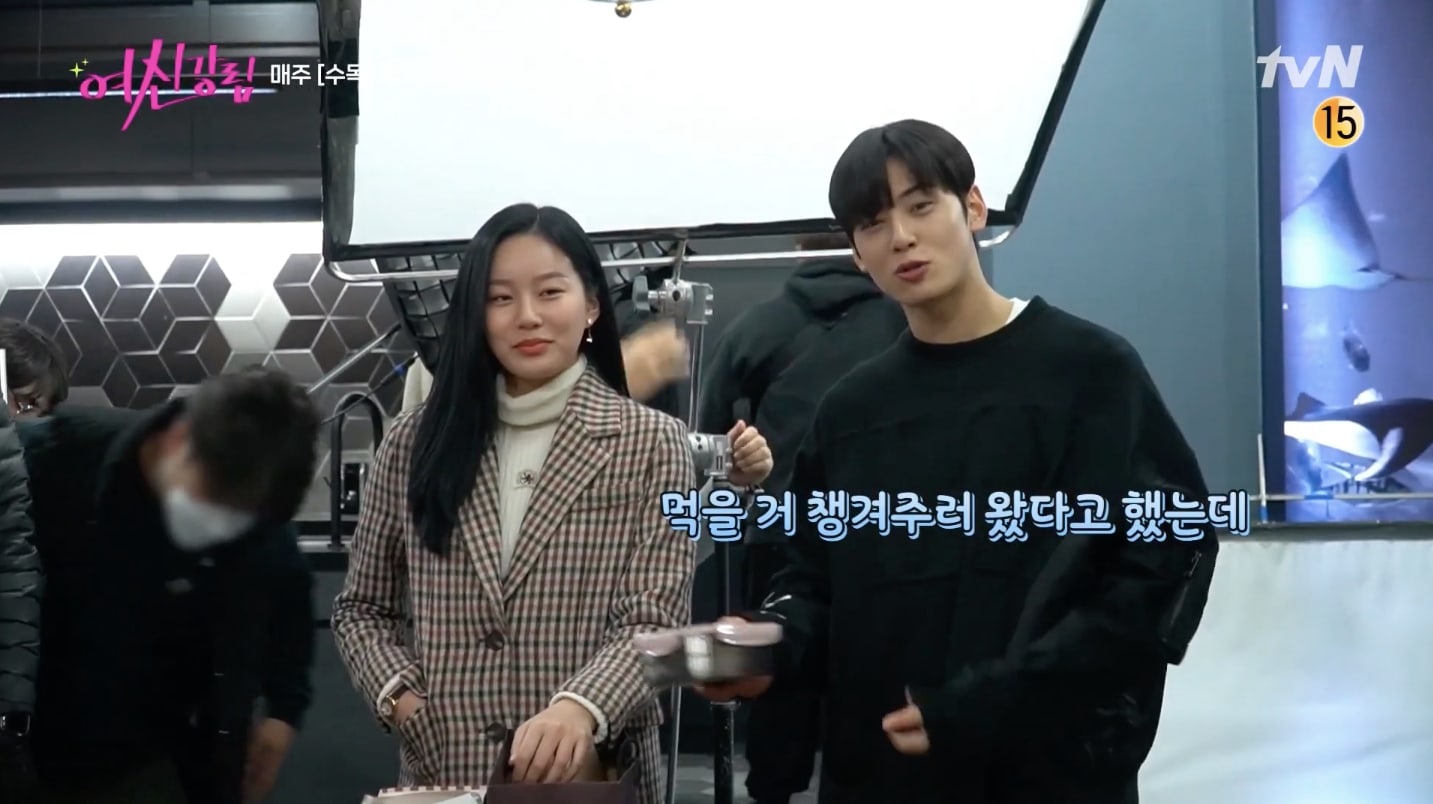 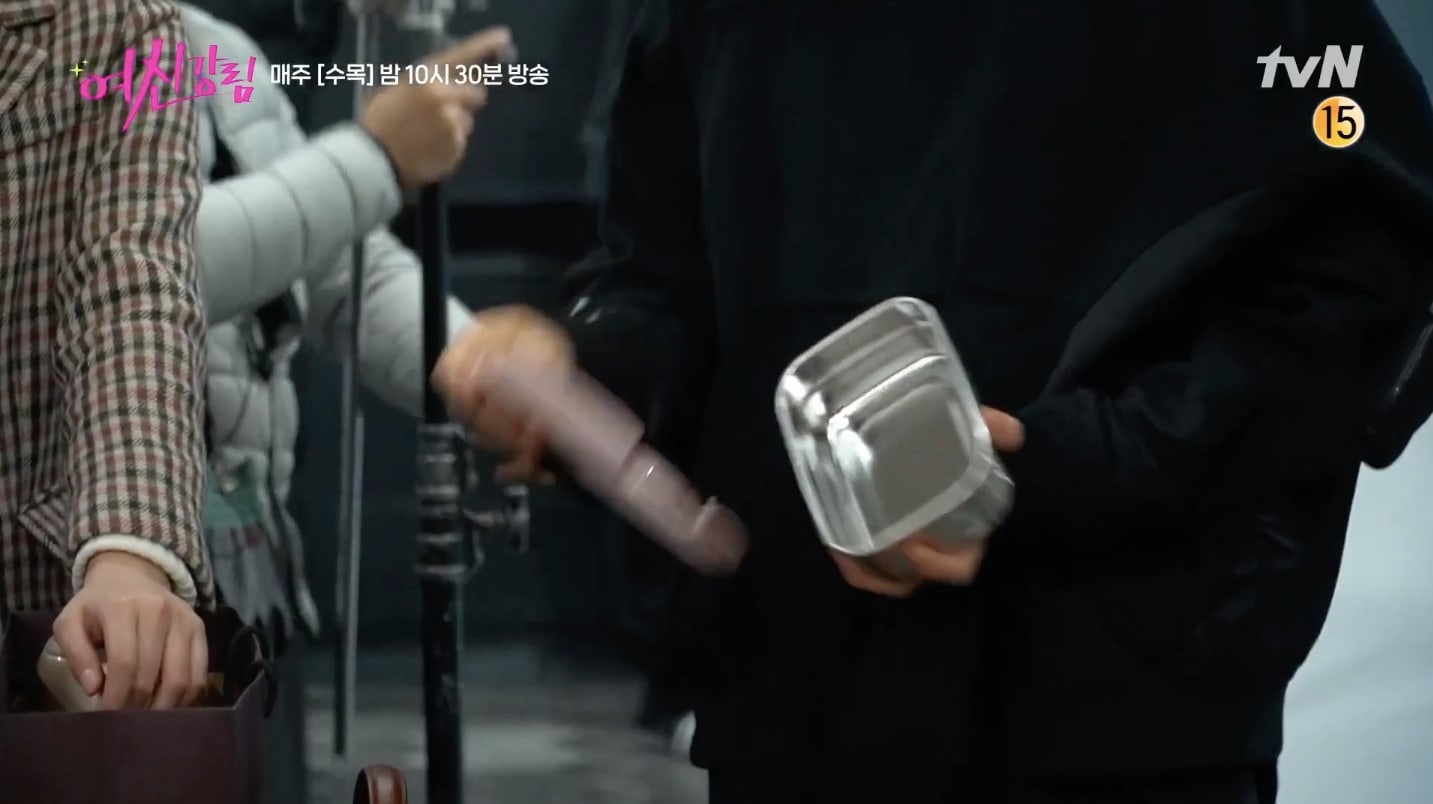 The video then moves on to the scene in which Han Seo Jun (played by Hwang In Yeop) and Lee Su Ho face off in a heated battle to see who can make the better dumplings, which will win the victor the approval of Lim Ju Gyeong’s mom.

However, multiple takes go awry when Cha Eun Woo repeatedly cracks up during the hilariously intense scene, causing the other actors to burst into laughter as well. At one point, Hwang In Yeop gets adorably confused as to why Cha Eun Woo can’t stop laughing—unaware that his co-star accidentally dropped his dumpling during the take. 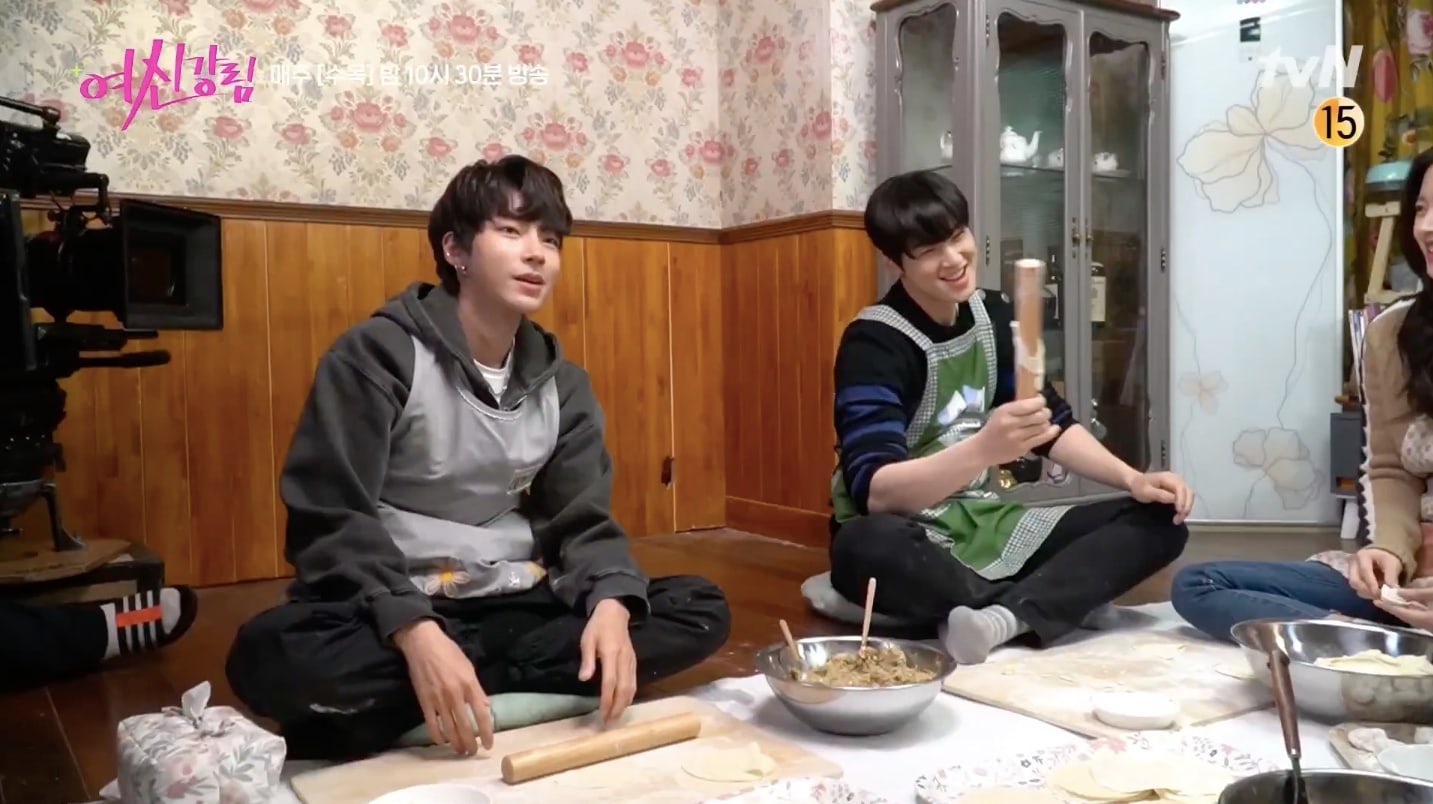 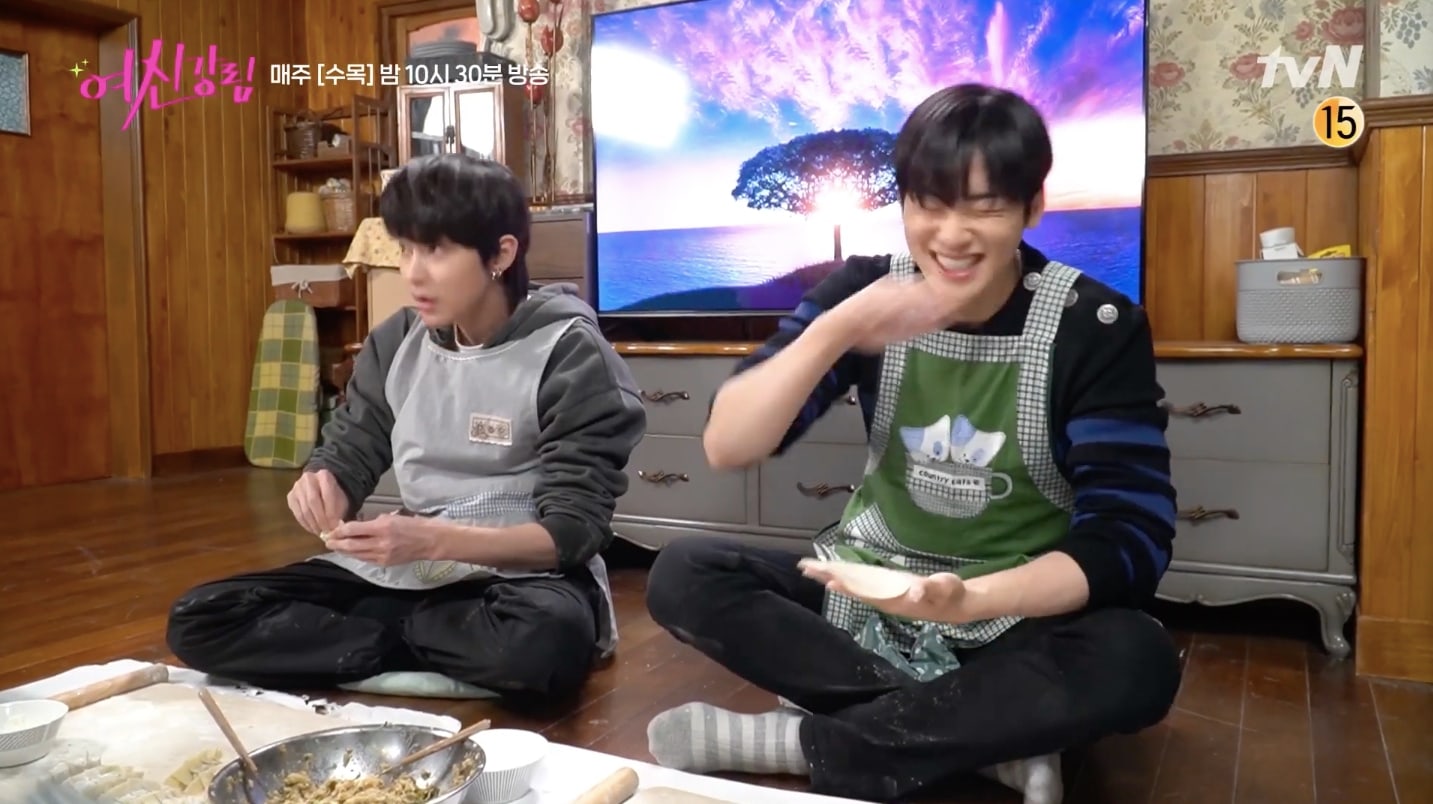 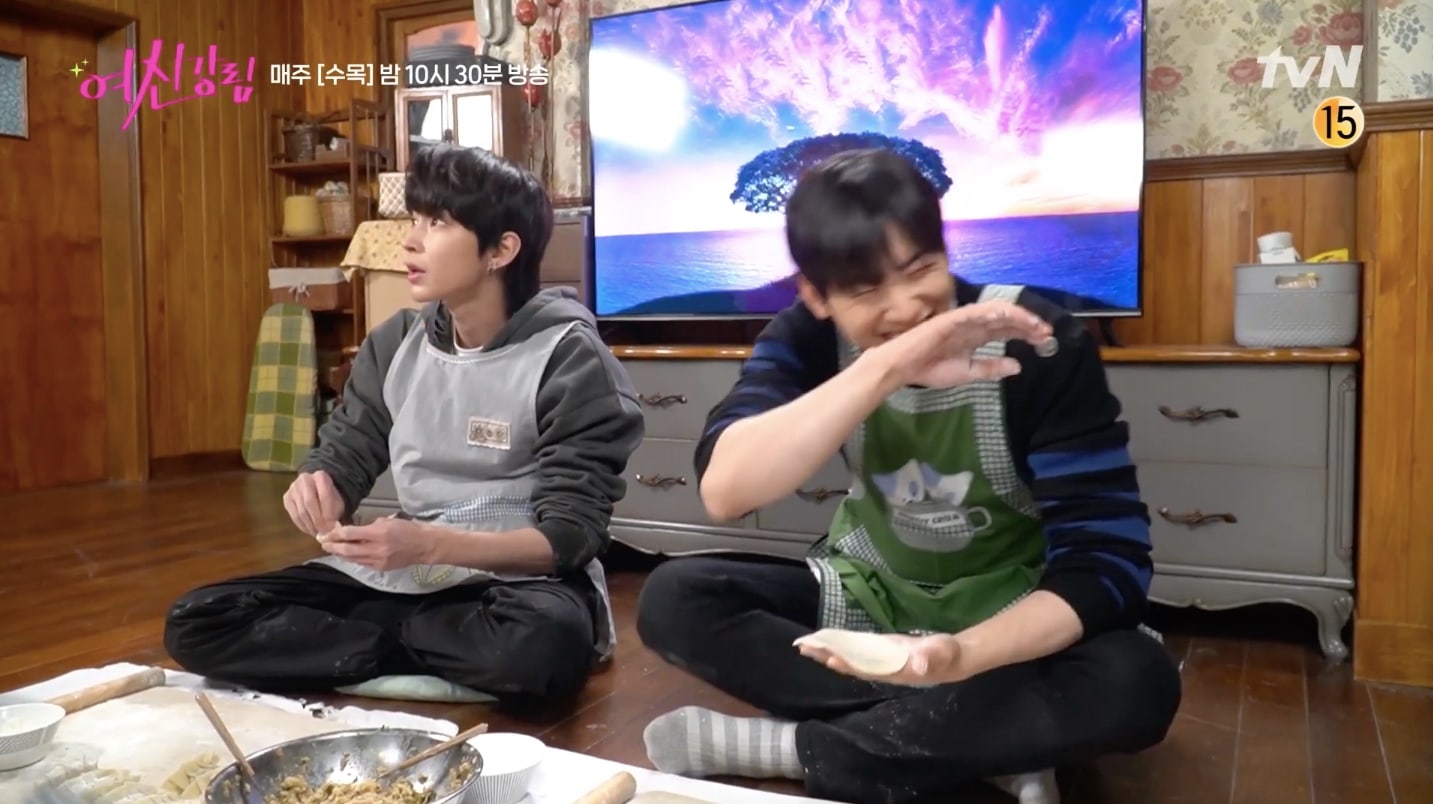 Later, when the cameras aren’t rolling, Cha Eun Woo asks Hwang In Yeop to teach him how to fold dumplings, leading to an adorably affectionate moment between the two co-stars. 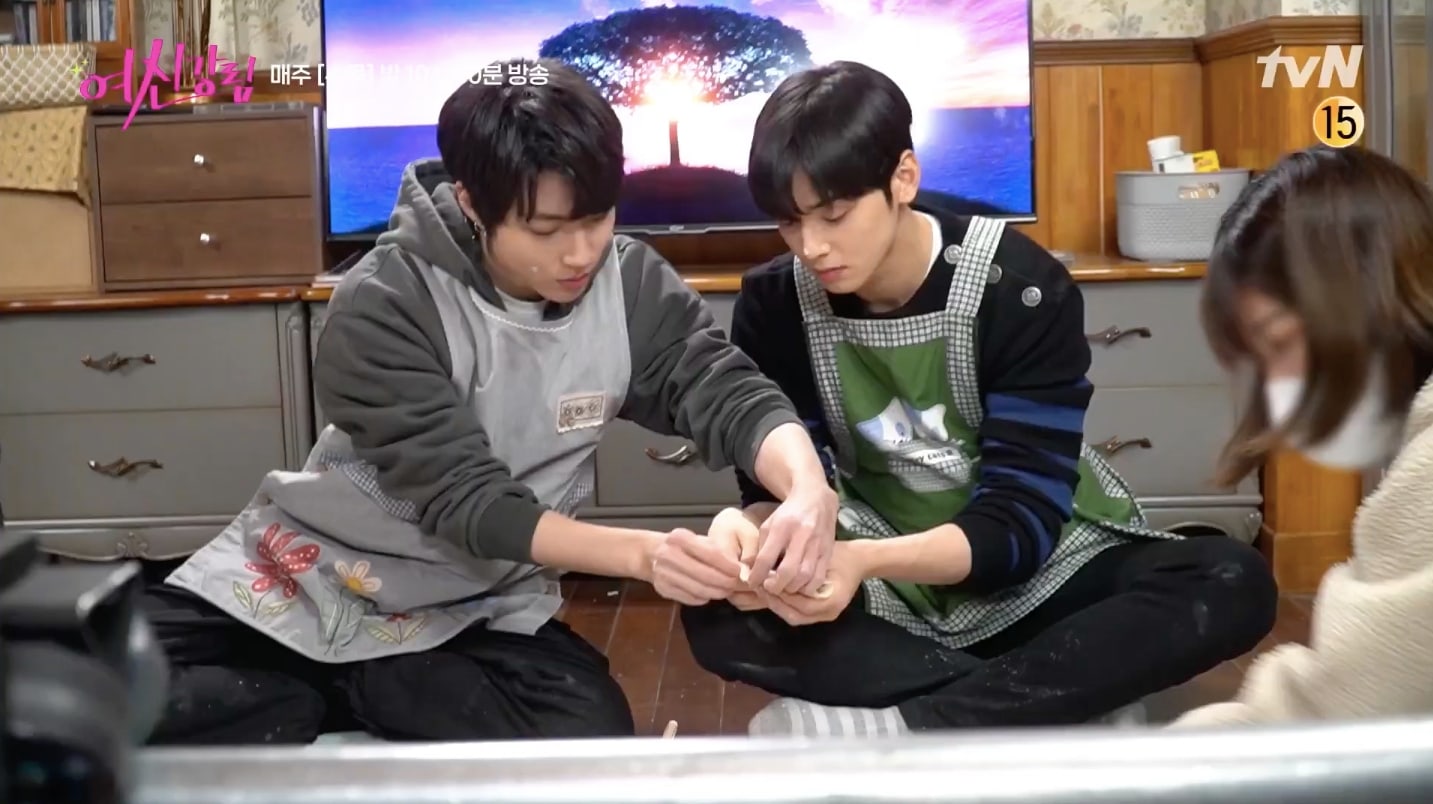 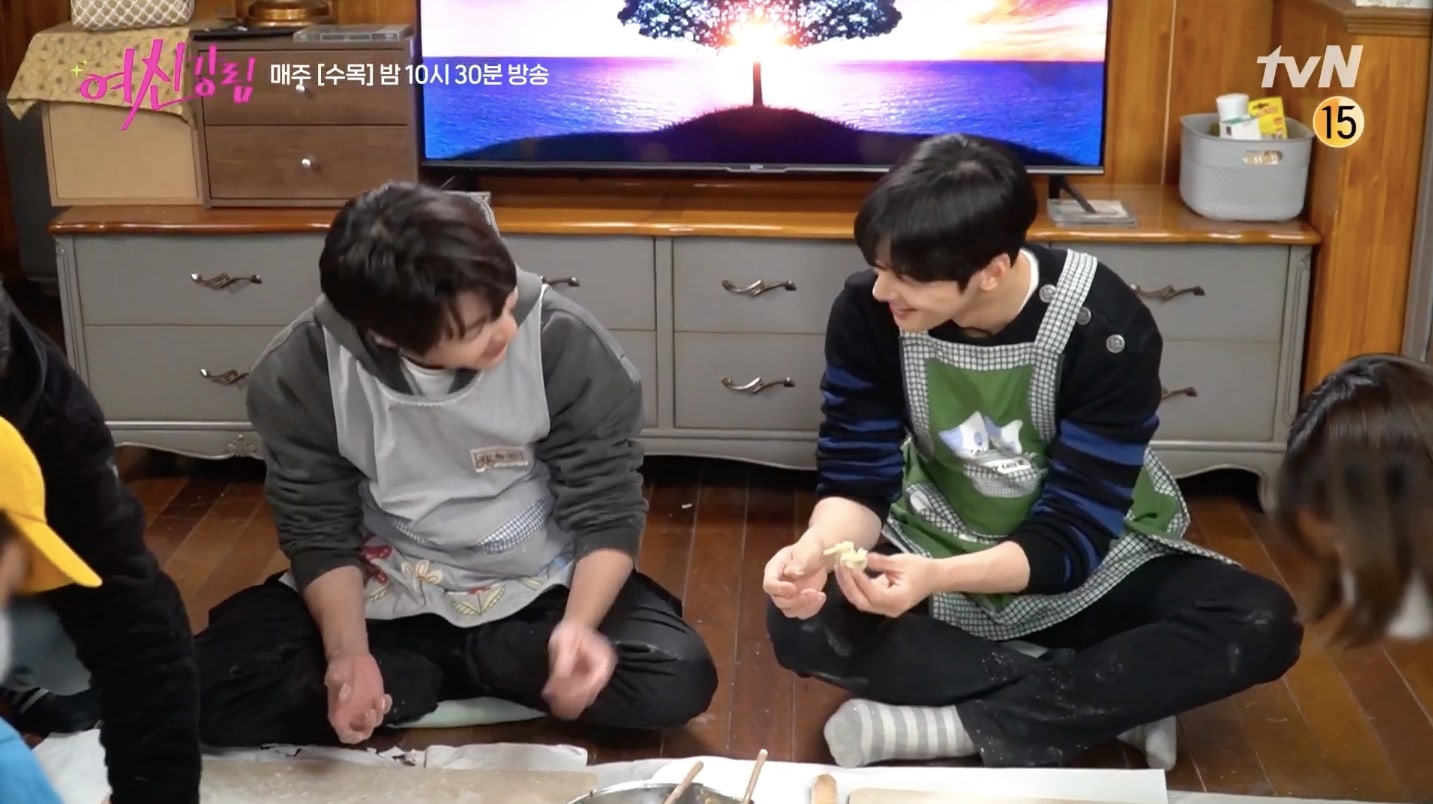 Finally, the clip ends with Cha Eun Woo and Hwang In Yeop joking around as the ASTRO member pretends to order 200 cups of coffee at the café where Lim Ju Gyeong and Han Seo Jun work. Hwang In Yeop fights back his laughter as he replies, “I think it’ll take us four days and three nights to make 200 cups. Is that okay?”

Cha Eun Woo then declares that he’s paying with his dad Lee Joo Heon’s credit card, which leads Hwang In Yeop to jokingly retort, “Using your dad’s card isn’t allowed. You can only use your mom’s card. Is that okay?” Cha Eun Woo jokes back, “The credit limit is 3000 won [approximately $2.73]. Is that okay?”