JTBC’s “She Would Never Know” has set viewers’ hearts aflutter with a sneak peek of the chemistry between SF9’s Rowoon and Won Jin Ah!

An adaptation of a popular web novel, “She Would Never Know” is a new drama about the complicated office love story of two co-workers on the marketing team for cosmetics brand Klar. Won Jin Ah stars as perfectionist Yoon Song Ah, while Rowoon plays her smitten younger colleague Chae Hyun Seung, who only has eyes for her.

On January 23, the drama released new stills of a moment from its upcoming episode when the two leads wind up spending time alone together in the office late at night. With an array of Klar products lined up on the table before them, the two marketing employees set out to test the beauty products themselves—and, like a pro, Chae Hyun Seung is even sporting a headband to keep his hair out of the way.

However, in the midst of their trials, Yoon Song Ah finds herself unexpectedly flustered when Chae Hyun Seung closes his eyes and leans in, bringing his face so close to hers that she could practically count his eyelashes. Despite having coolly rejected him when Chae Hyun Seung caught her off guard with his sudden declaration of interest, Yoon Song Ah’s stoic front visibly wavers as she freezes for a moment to stare at him with wide eyes. 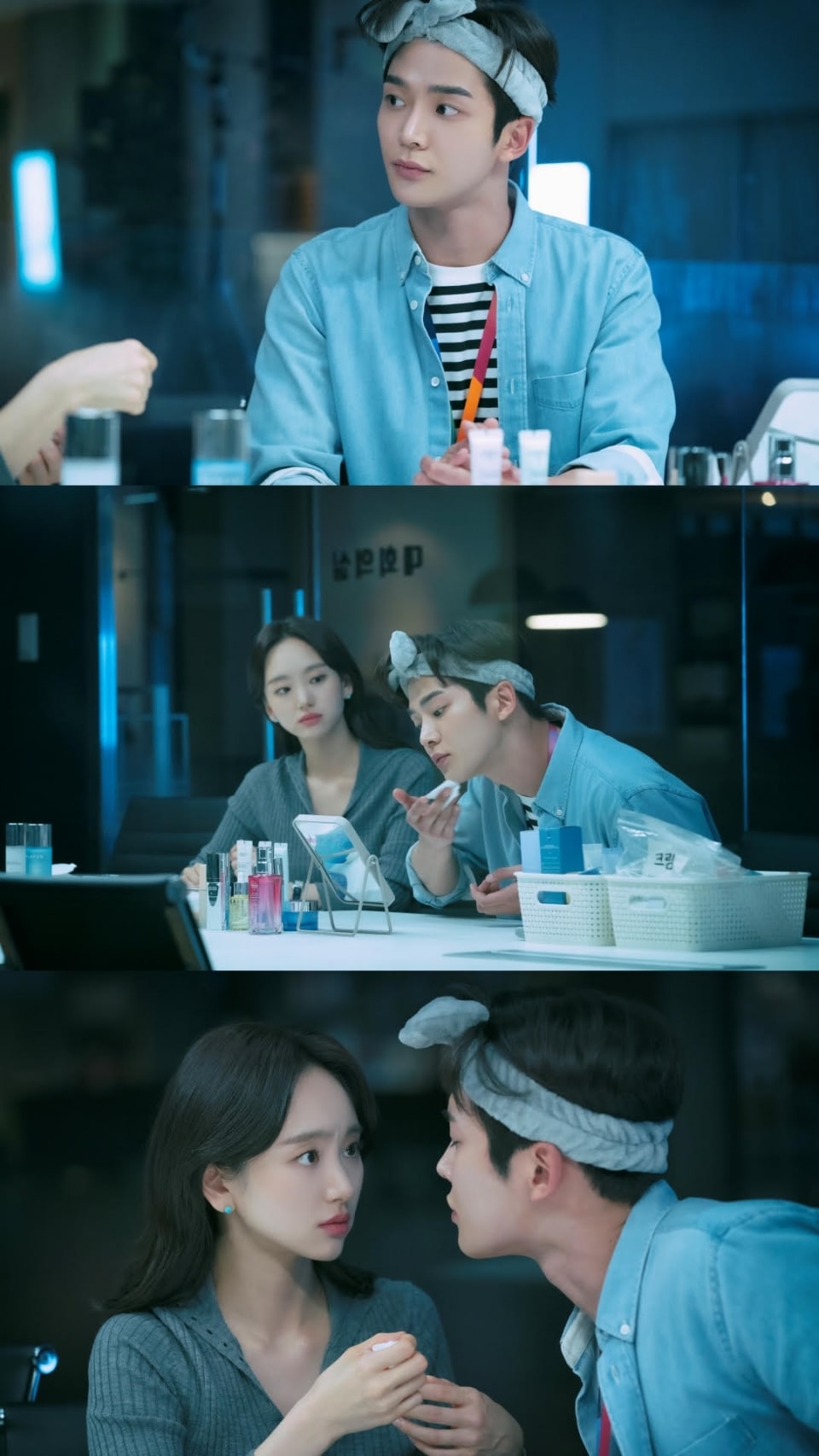 To find out how Yoon Song Ah and Chae Hyun Seung’s relationship will change during their late night at the office, tune in to the next episode of “She Would Never Know” on January 25 at 9 p.m. KST!

In the meantime, watch Rowoon in “Extraordinary You” with subtitles below: