Lee Bit Chae Woon became overwhelmed with guilt when she realized her father Park Pil Hong (Uhm Hyo Sup) is the one who stole the contract that Woo Jae Hee worked hard to achieve. Woo Jae Hee reassured her that this incident isn’t her fault, but that only made her heart feel heavier. Despite his effort to be positive, he struggled with nightmares and asked different people for help in dire efforts to make everything right again.

New stills show that Woo Jae Hee hasn’t overcome this hurdle yet. He looks completely devastated as he sits in front of his parents Woo Jung Hoo (Jung Bo Suk) and Jung Min Jae (Jin Kyung) and girlfriend Lee Bit Chae Woon. Jung Min Jae clutches onto her heart and sobs after discovering what happened to her son. This will cause Lee Bit Chae Woon to feel even guiltier, and viewers are wondering how this conflict will affect their relationship. 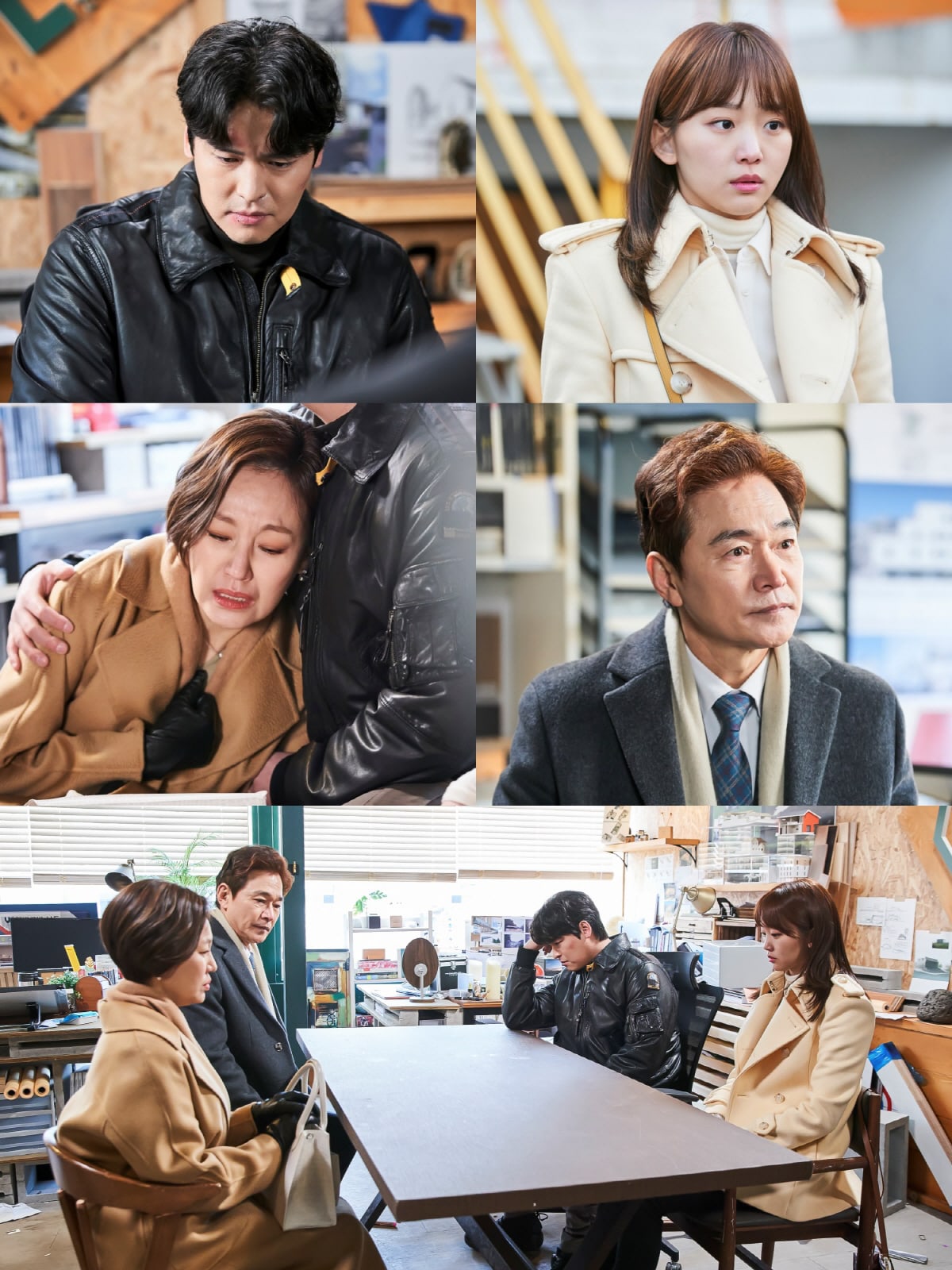 Furthermore, this issue made the tension between Woo Jae Hee and Woo Jung Hoo resurface again. Woo Jung Hoo expressed his intention to help Woo Jae Hee financially in order to solve this matter. However, Woo Jae Hee stubbornly refused, pointing out that he previously promised to never ask his father for help. Will they be able to use this crisis in order to heal the discord between them?

The drama’s production team stated, “In today’s episode, Woo Jae Hee, whose business collapsed, will make a tough decision to get back on his feet. This is expected to bring turbulence between Woo Jae Hee and Lee Bit Chae Woon. Tune into the upcoming episode to find out more about the decision Woo Jae Hee makes to overcome this crisis.”