In the previous episode, Sung Yi Kyum, Hong Da In, and Park Choon Sam succeeded in arresting the group of government officials who had been assaulting and even murdering women. Afterwards, they carried out their next mission by seeking out Kim Myung Se (Kim Myung Soo (1966)) in order to learn the truth behind Hwi Young Goon’s death, and at the end of the episode Hong Da In left viewers on the edges of their seats as she infiltrated the provincial office in disguise.

The new stills show Sung Yi Kyum and Hong Da In kneeling in front of Kim Myung Se. Amidst the tense atmosphere, Kim Myung Se appears to be scolding the pair as he angrily waves his hand in their faces. Sung Yi Kyum looks unfazed by Kim Myung Se’s wrath, while Hong Da In fixes Sung Yi Kyum with a surprised expression. It remains to be seen how they will escape the situation safely. 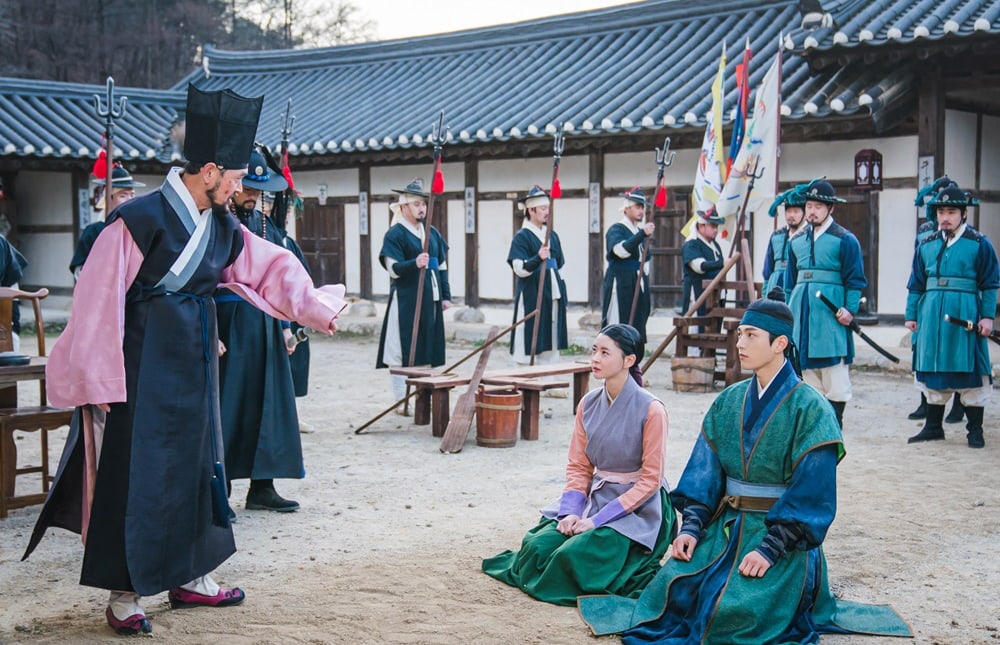 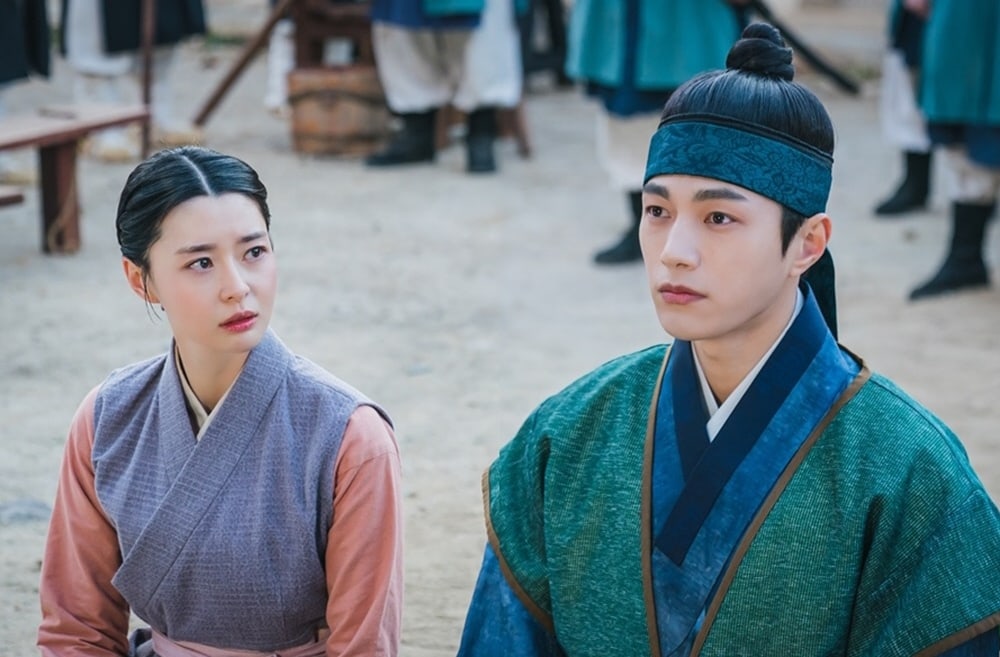 In the meantime, watch Kim Myung Soo in “Miss Hammurabi” below!