OCN’s “The Uncanny Counter” tops the weekly list of the most buzzworthy dramas, while Shin Hye Sun of “Mr. Queen” is No. 1 among cast members!

Good Data Corporation has shared its rankings of the dramas and cast members that generated the most buzz for the week of January 18 through January 24. The list was complied from analyzing news articles, blog posts, online communities, videos, and social media posts about dramas that are currently airing or set to air soon.

OCN’s “The Uncanny Counter” took the No. 1 spot for the buzzworthy drama list for two weeks in a row. The drama aired its season finale on January 24 with record-breaking ratings for OCN. On January 25, a source from the drama revealed that a second season for the drama had been confirmed. Jo Byeong Gyu from the show maintained his No. 6 spot on the list for cast members as well.

The top 10 dramas that generated the most buzz during the third week of January are as follows: 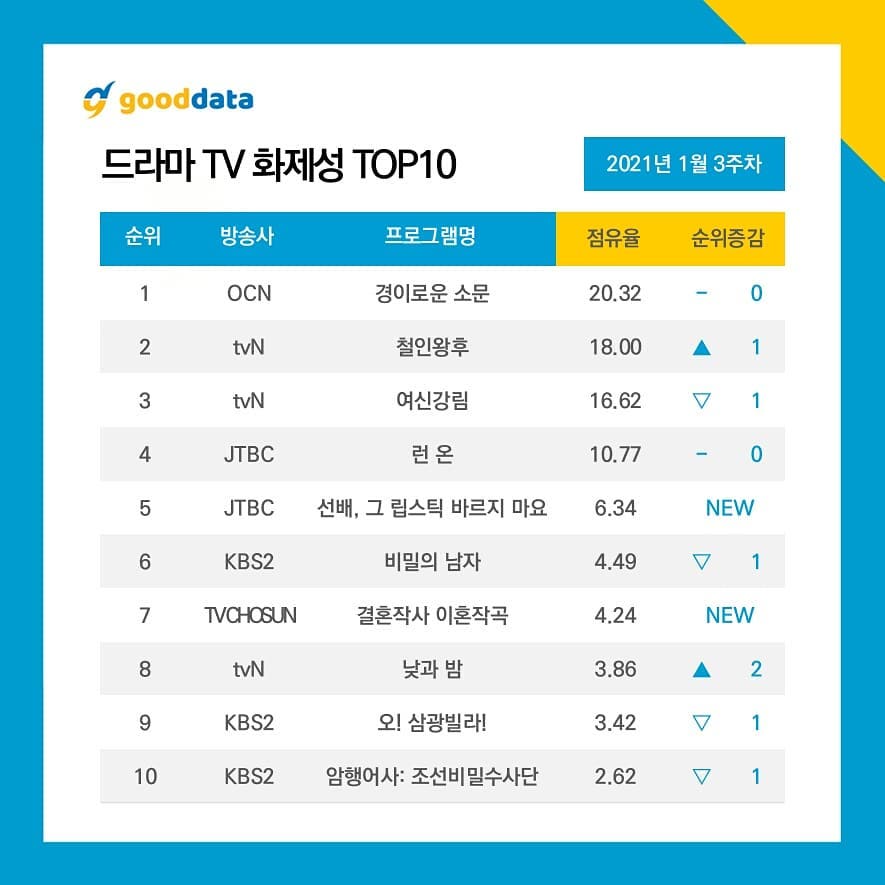 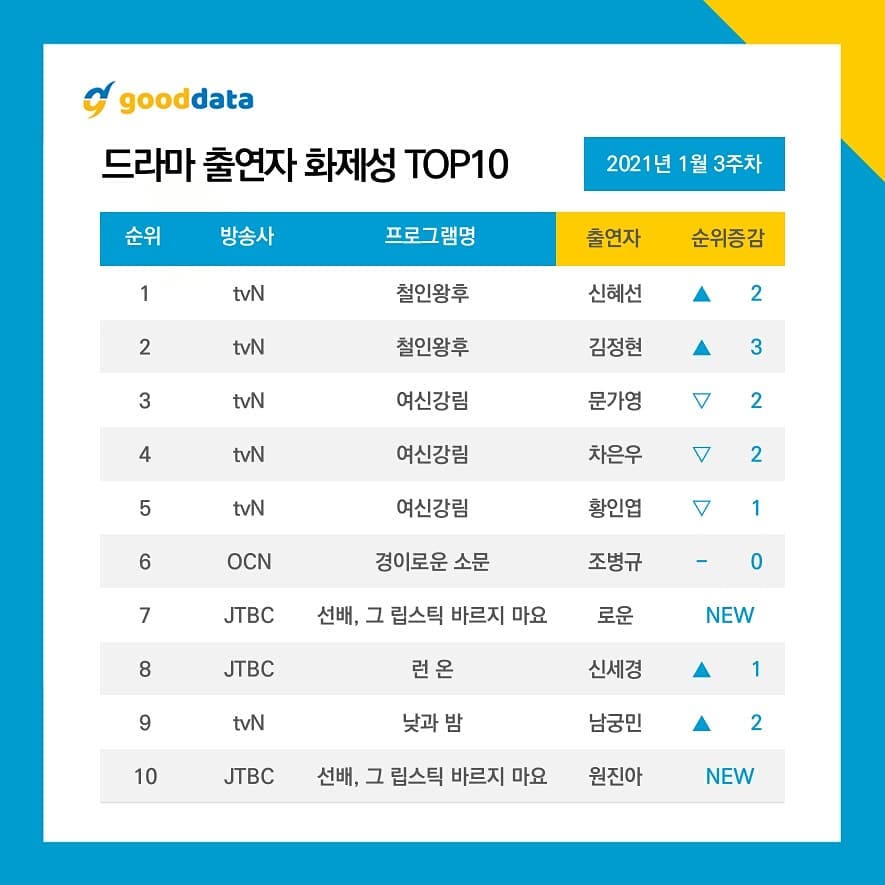 Catch up with “True Beauty”: