On February 16, actor Shin Seung Ho participated in an online interview with Xportsnews about his film “Double Patty.”

“Double Patty” is a coming-of-age film about young people chasing their dreams and embarking on a relatable journey of growth and development. Red Velvet’s Irene stars as Lee Hyun Ji, an aspiring anchorwoman, and Shin Seung Ho stars as Kang Woo Ram, a ssireum (Korean wrestling) athlete in a slump.

Shin Seung Ho shared that to prepare for his role, he joined a ssireum team at Yong In University and even lived in the dorm for a time. He explained, “I was an athlete for a long time, and I knew that there was a big difference between when I lived as an athlete and when I lived as an ordinary person, but I was still surprised to lose in matches against high school freshmen.”

Before he began his career as an actor, Shin Seung Ho was a soccer player. He said, “I was a soccer player for 11 years. I endured various difficulties for 11 years, but in the last year or two before I quit, I realized that I wasn’t happy. It felt like this was no longer my path, so I ended up recklessly quitting. I thought about what path I should take and took the advice of the people around me and became a fashion model.”

Asked if he regretted giving up his career in soccer, he replied, “I am happier now than I was when I was giving my all in soccer. My passion for acting is growing.”

“Double Patty” is the first movie for both Shin Seung Ho and Irene. He said, “I was cast first. I was waiting for the female lead’s casting news when I heard that it was Irene. It was the first time on the big screen for both of us. Because it was a first for both of us, it felt fresh and new.”

He continued, “Irene and I helped each other out and talked over our scenes as we prepared for our roles. I think that our scenes had a higher level of completion because we worked together and shared conversations instead of preparing on our own. I also think our chemistry was quite good.”

Shin Seung Ho has a lot of eating scenes in the movie, and he said, “There was nothing difficult about that. I’ve never found it difficult to eat food. All the food that was prepared for filming was really good. There was a scene with braised spicy monkfish on the day before an important shirtless scene. But the monkfish was so good. I had to grit my teeth and eat only a spoonful of fried rice and a piece of the fish before filming ended.” 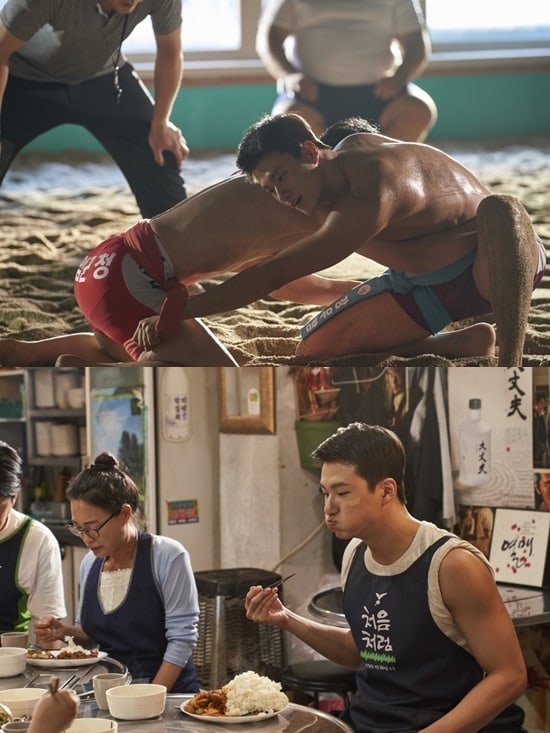 There were also scenes in which his and Irene’s characters go out drinking together. He said, “It might sound hard to believe, but I’ve never drunk alcohol before. There are quite a few scenes in the movie when Woo Ram drinks, but I don’t really know how to drink alcohol. I’ve never properly drunk alcohol before, and I don’t even know what my tolerance is. If I have just one glass, my heart starts racing and my face turns red.” 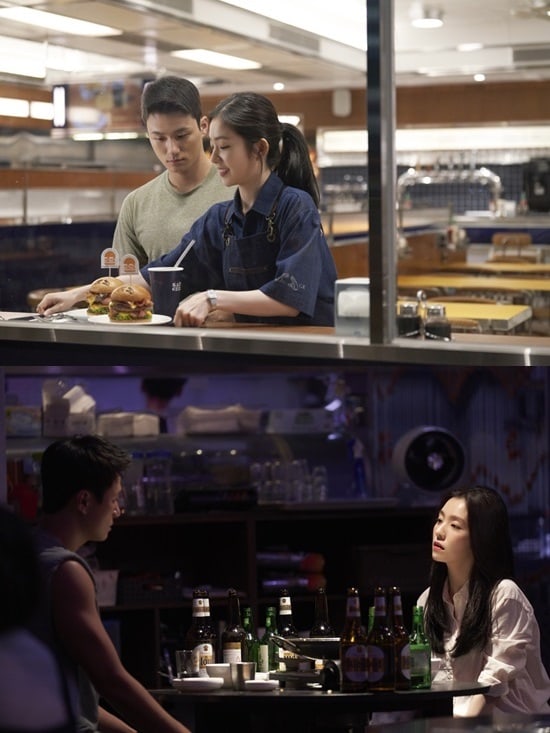 “Double Patty” premieres on February 17. Check out a trailer here!

Watch Shin Seung Ho in “How to Buy a Friend” below!