Lee Seo Jin and Lee Joo Young will face a new level of danger in the upcoming episode of OCN’s “Times”!

“Times” is a “time warp” drama about two people who are living in different times and connected through a mysterious phone call. Seo Jung In (Lee Joo Young), the daughter of South Korean president Seo Gi Tae (Kim Young Chul), lives in 2020, while Lee Jin Woo (Lee Seo Jin), a passionate and talented reporter, lives in 2015. Seo Jung In enlists Lee Jin Woo’s help to save her father’s life, but the two end up stumbling across dangerous secrets.

In the previous episode, it was revealed that the person behind Han Do Kyung (Shim Hyung Tak)’s assassination attempt on Seo Gi Tae was Seo Gi Tae’s political partner and second-in-line, Kim Young Joo (Moon Jung Hee). It was also revealed that Seo Gi Tae is deeply involved in the mysterious death of Lee Geun Woo (Ha Jun), Lee Jin Woo’s brother. Feeling furious and betrayed, Lee Jin Woo shoots Seo Gi Tae and Seo Jung In is forced to reckon not only with her father’s death again but that Lee Jin Woo is the murderer.

There were also new clues in the form of a secret slush fund for politicians owned by JC Communications. Lee Geun Woo and a JC Communications employee named Choi Chul Ho had been killed and their deaths made to look like suicide because they had gotten their hands on documents that proved the slush fund’s existence. In the preview, Lee Jin Woo vowed to continue his brother’s work and reveal what he tried to reveal.

However, there are serious obstacles in place to prevent this from happening. Even though the past is constantly changing due to Seo Jung In and Lee Jin Woo’s interference, she warned him that his own death from a car accident on Mapo Bridge was still unchanged. Meanwhile, Seo Jung In has to communicate with Lee Jin Woo in order to prevent him from shooting her father, but the new stills show her trapped inside a police station, locked in a furious altercation with Kim Young Joo. In the preview, Kim Young Joo ordered Seo Jung In’s phone taken away, depriving her of her only contact with the past. 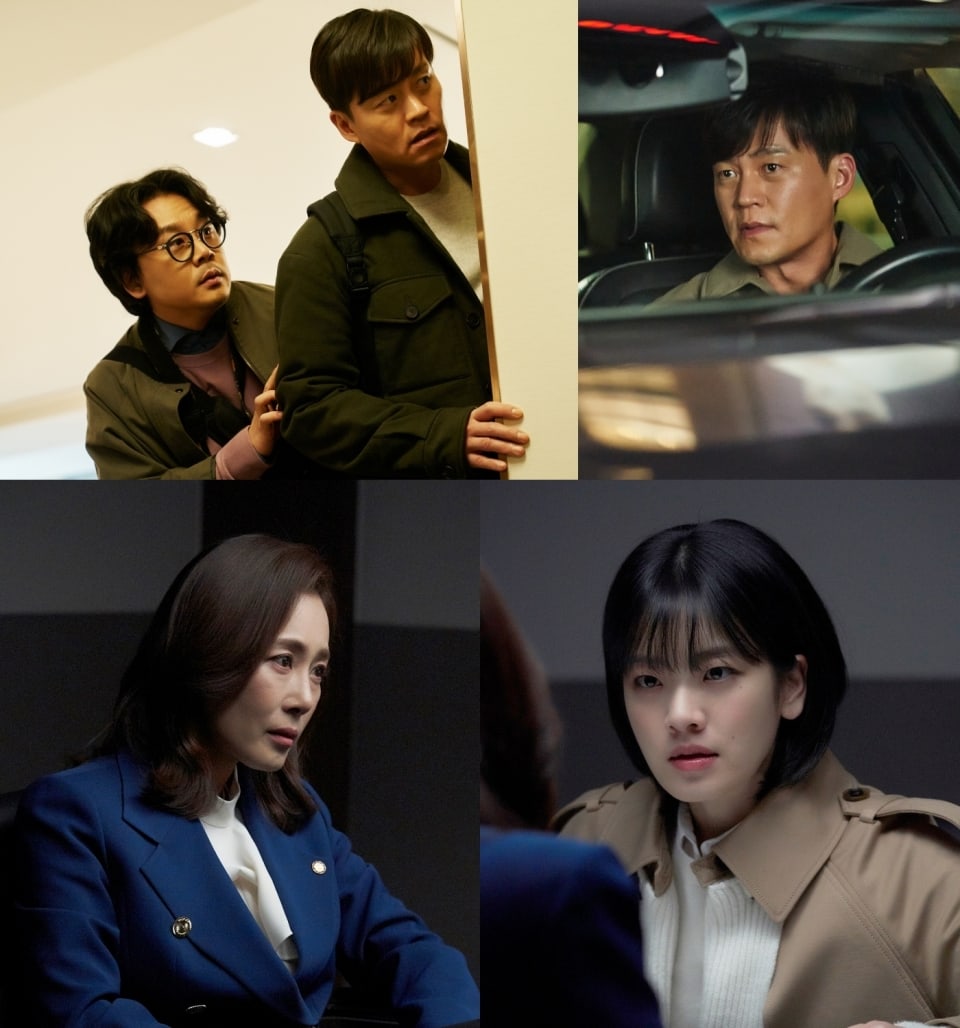