Kim Byung Chul Talks About The Reveal Of His Mysterious Character In “Sisyphus: The Myth”

“Sisyphus: The Myth” is a fantasy-mystery drama starring Cho Seung Woo as Han Tae Sool, a genius engineer who goes searching for the dangerous truth behind his brother’s death, and Park Shin Hye as Kang Seo Hae, his savior from a war-torn future.

In the March 4 broadcast of “Sisyphus: The Myth,” the actor behind the mysterious figure known as Sigma was revealed to be Kim Byung Chul. Despite his brief appearance, Sigma (Kim Byung Chul) left a powerful impression on viewers as a figure who already knows everything that will happen to Han Tae Sool and Kang Seo Hae.

Previously at the press conference for the drama, director Jin Hyuk had hinted that Sigma is their “hidden card” since he is the final villain. Before the premiere, the drama had also revealed three posters starring Cho Seung Woo, Park Shin Hye, and a third unidentifiable figure. Since the release of the posters, viewers have been trying to deduce who the mysterious figure could be. 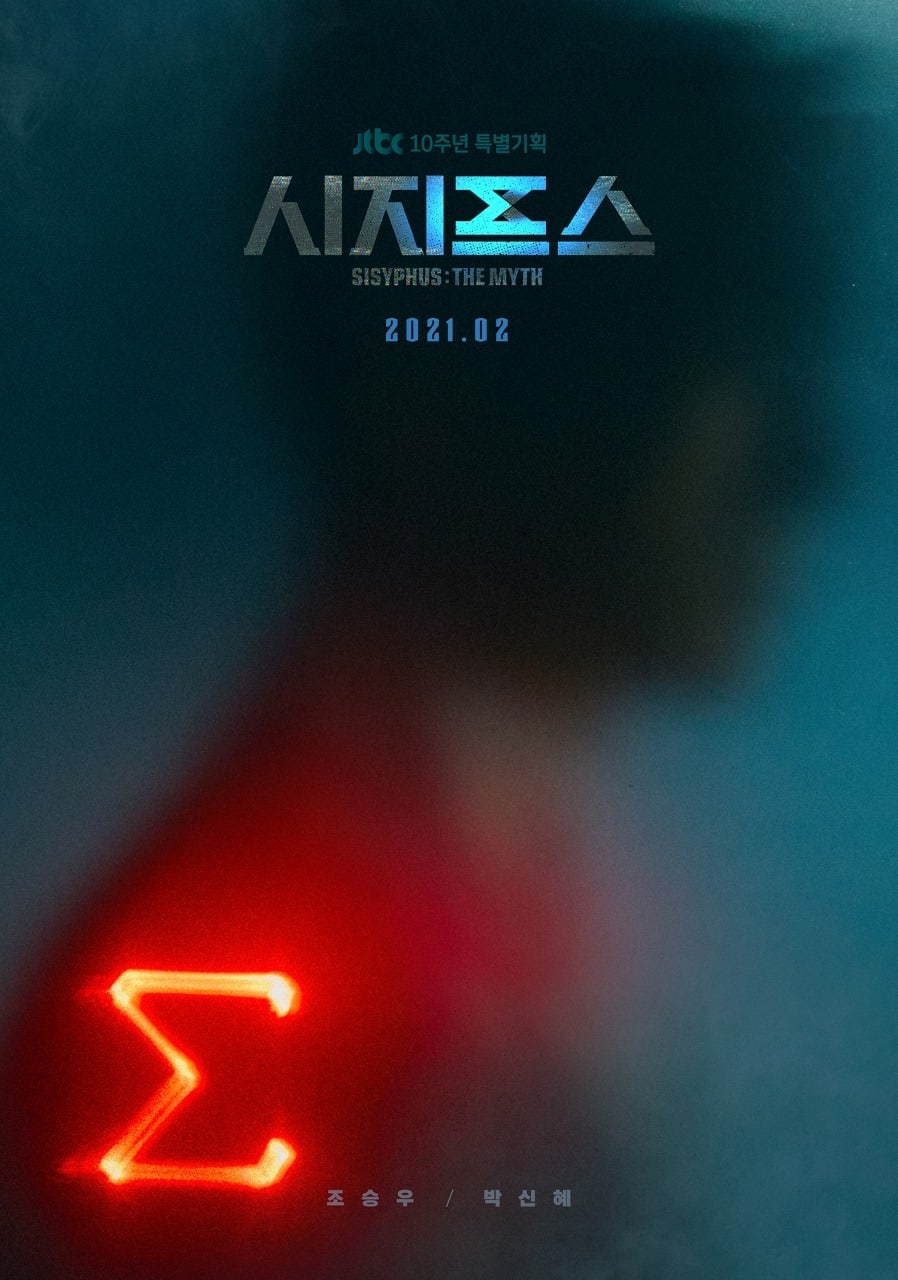 Following Sigma’s long-awaited appearance in the sixth episode, the drama finally released a new poster revealing Sigma’s face completely. In the poster, Sigma has a frighteningly cold gaze as if he’s looking down on our world with an unreadable expression. 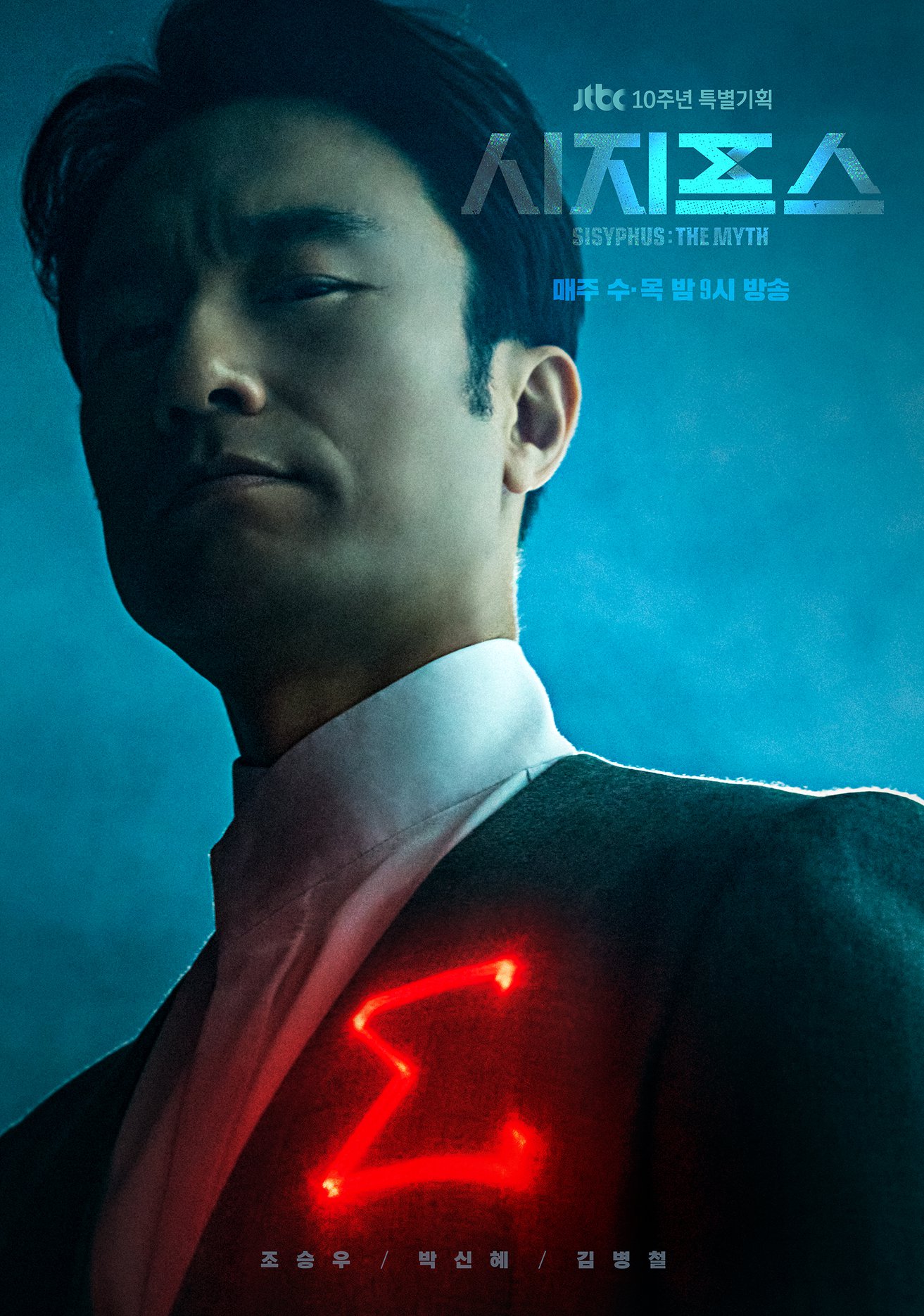 Surprisingly, Han Tae Sool’s brother Han Tae San (Heo Joon Suk) had known about Sigma’s identity since 10 years ago. Han Tae San had witnessed the moment Sigma arrived to the present as an undocumented person from the future. He had arrived with photos of Han Tae Sool and a list of dangerous events that will occur to Han Tae Sool in the future, including the shooting incident at the conference. Since then, Sigma continued to hide in this world while keeping watch on Han Tae Sool. However, besides brief mentions of the Uploader, the time machine created by Han Tae Sool, nothing has been revealed yet as to why Sigma is observing him.

Regarding Sigma’s reveal, Kim Byung Chul shared, “When the identity of Sigma, who was hidden behind a veil, was revealed, I felt a slight thrill. When the silhouette poster was revealed before the broadcast, I wondered if there would be people who would recognize me despite the silhouette, but no one did. Thanks to that, we were able to generate more curiosity and tension.”

Kim Byung Chul explained, “Sigma is an undocumented person from the future like Seo Hae, and it would be great if viewers could anticipate with curiosity as to what goal Sigma has snuck into South Korea with.”

Finally, Kim Byung Chul commented, “I think one of the points to look out for in ‘Sisyphus’ is why Sigma is after Han Tae Sool and Kang Seo Hae and how their relationships are intertwined. Please look out for whether Sigma will be able to make his wishes come true.”

The production team shared, “Sigma’s face has finally been revealed. Although he has only been watching Tae Sool from the back, he will slowly begin to show his true colors starting from the future broadcasts, pulling Tae Sool and Seo Hae into an even bigger storm. Please show lots of interest in how the the appearance of Sigma will shake up the ‘Kang-Han’ pair’s journey in ‘Sisyphus.'”

“Sisyphus: The Myth” airs every Wednesday and Thursday at 9 p.m. KST.

In the meantime, watch Kim Byung Chul in “Doctor Prisoner” below: