Watch: Girls’ Generation’s Yuri And Jung Il Woo Open Up To Each Other About Their Hardships In Historical Drama Teaser

The drama also unveiled posters of the love triangle between the three leads, as well as a full cast poster.

Set in the Joseon dynasty, “Bossam—Stealing Fate” is a historical drama starring Jung Il Woo as Ba Woo, a rogue with a mysterious past who accidentally kidnaps a princess. Girls’ Generation’s Yuri stars as Soo Kyung, the princess in question, who is the widowed daughter of Gwanghae-gun (Kim Tae Woo). “Bossam” refers to the practice in which a widow would be kidnapped in the middle of the night to be remarried to a single man during the Joseon era.

The teaser begins with Soo Kyung (Yuri) in despair and about to take her own life. In voiceover, she says, “It would be more comfortable for everyone if I died.” She had married the eldest son of Lee Yi Chum (Lee Jae Yong), the head of the northern faction, in an arranged political marriage, but she was widowed without even spending the first night with her new husband. Through Ba Woo’s mistake, she ends up being kidnapped as well. She tells him, “There’s no reason for me to live.”

But Ba Woo (Jung Il Woo) stops her and says angrily, “Who needs a reason to live? I’m also dead to the world, just like you.” Ba Woo had been the son of a yangban (Joseon era aristocrats), but his family had been broken up and scattered due to the machinations of Lee Yi Chum. There is a flashback of the young Ba Woo crying as his house burns to the ground before his eyes.

Both end up hiding their identities to survive, and although their relationship gets off to a rocky start, the two soon find happiness with Ba Woo’s son, Cha Dol (Go Dong Ha). But there is a greater obstacle to their love than the mere difference in their positions, for Soo Kyung is the daughter-in-law of Ba Woo’s enemy, Lee Yi Chum.

MBN stated, “Ba Woo and Soo Kyung have suffered more things in their past than are revealed in the trailer. But both of them face up to the fates that they have been dealt and slowly start to get used to each other just as light rain soaks through a shirt. Please look forward to seeing whether a beautiful love can blossom from a ‘stolen’ fate.”

One poster for the drama focuses on the love triangle between Ba Woo, Soo Kyung, and Dae Yeop (Shin Hyun Soo), the second son of Lee Yi Chum. Soo Kyung was Dae Yeop’s first love, having grown up together as children, but because of his father’s plans, she was married off to his older brother instead. He cultivated his martial arts skills so that he could defend his widowed love even after they became siblings-in-law. 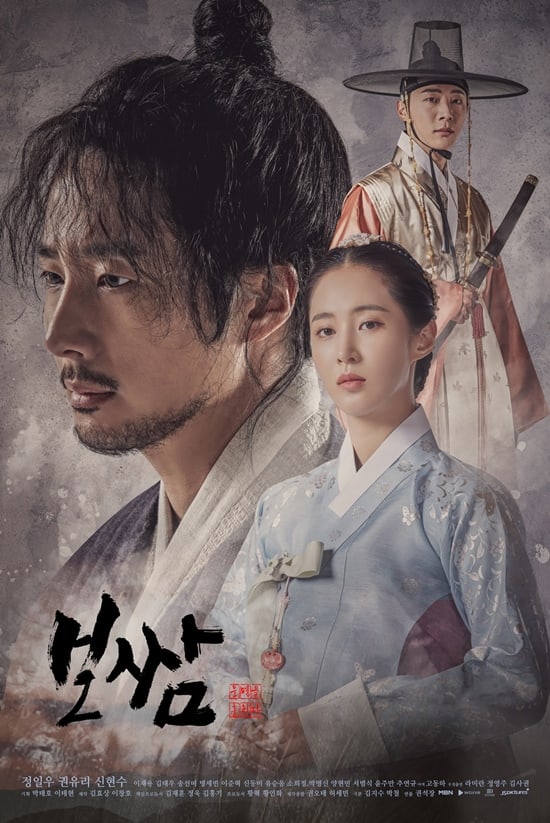 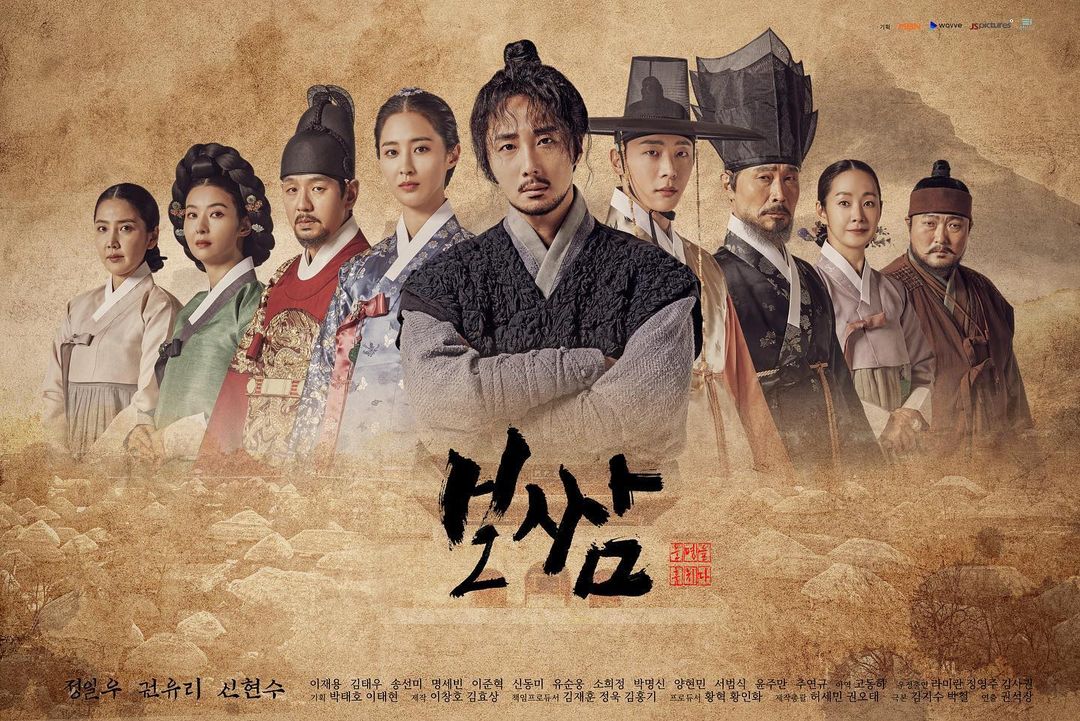