Watch: SEVENTEEN’s The8 Tries To Win A Girl’s Heart In Sweet MV For Solo Track “Side By Side”

SEVENTEEN’s The8 has released his new solo single “Side By Side”!

“Side By Side” is composed and written by The8 and BUMZU, with Bir$day (PRISMFILTER) also participating in composing the track. The song playfully portrays the disappointment one feels when someone they like doesn’t reciprocate their feelings. The single includes a Chinese version and a Korean version.

Watch the cute music video (featuring cameo appearances by Jun, Dino, and DK) for the Korean version of “Side By Side” below!

The second teaser video has been released for SEVENTEEN member The8’s upcoming single “Side By Side”!

SEVENTEEN’s The8 has released an exciting first glimpse of the music video for his new digital single album “Side By Side”!

The teaser starts with The8 walking into a bar with a single rose. He approaches a girl who is sitting alone and sweetly holds out the gift to her. Instead of accepting it, she just walks away, leaving him stunned.

SEVENTEEN’s The8 is returning with new solo music!

On April 8 at midnight KST, The8 officially announced that he would be releasing a new digital single album, entitled “Side By Side,” later this week.

The8 also surprised fans with a stylish first teaser for the upcoming release, which is due out on April 13 at 6 p.m. KST. 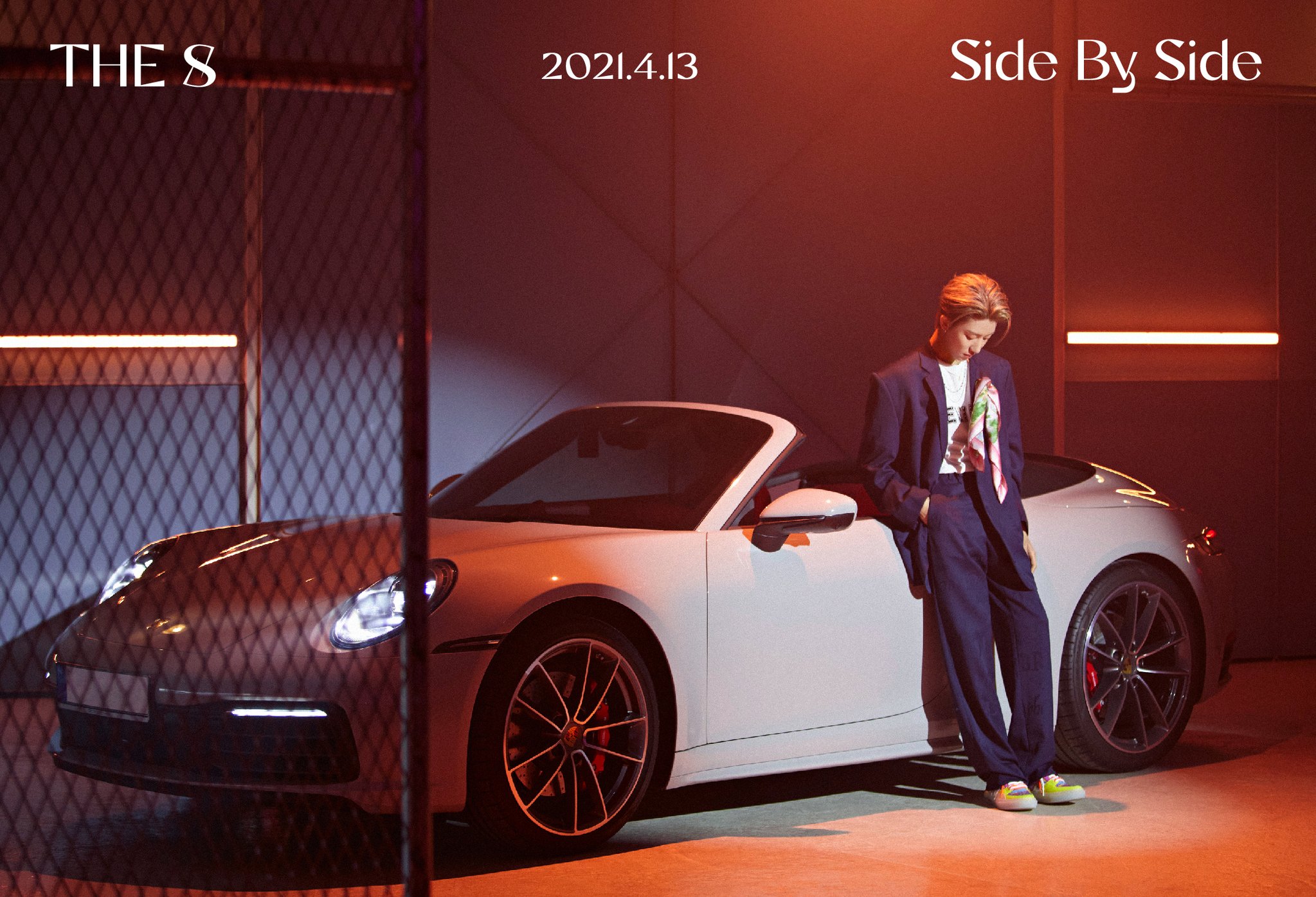 Are you excited for The8’s new single? What kind of music would you like to see from him? Share your thoughts with us below, and stay tuned for updates!