The next episode of “Vincenzo” will depict Vincenzo having an emotional moment with his birth mother.

Previously, the anti-heroes put on a play to defeat Babel Group and Daechang Daily. Vincenzo transformed into the shaman Yeo Rim (also the name of Song Joong Ki’s character in the 2010 drama “Sungkyunkwan Scandal“) to manipulate Oh Jung Bae (Jun Jin Gi), the president of Daechang Daily who is into superstitions. Babel Group’s Jang Joon Woo (2PM’s Taecyeon), who was planning to partner with the media and play tricks on stock prices, was stopped in his tracks by Vincenzo’s scheme. Jang Joon Woo faced a greater crisis when it was revealed that he had killed his classmates in the past. However, the tables were turned once more when Vincenzo was wrongly accused for murdering president Oh Jung Bae.

New stills reveal Vincenzo and his birth mother Oh Kyung Ja (Yoon Bok In) spending time together. Vincenzo pushes his mother’s wheelchair into a quiet opening in a forest. Vincenzo looks at his mother with sorrow in his eyes, and his mother also shows tears of regret. Overcome with emotion, Vincenzo looks down at the ground. It remains to be seen if Vincenzo, who has not yet told Oh Kyung Ja that he is her real son, will muster up the courage to tell her the truth. 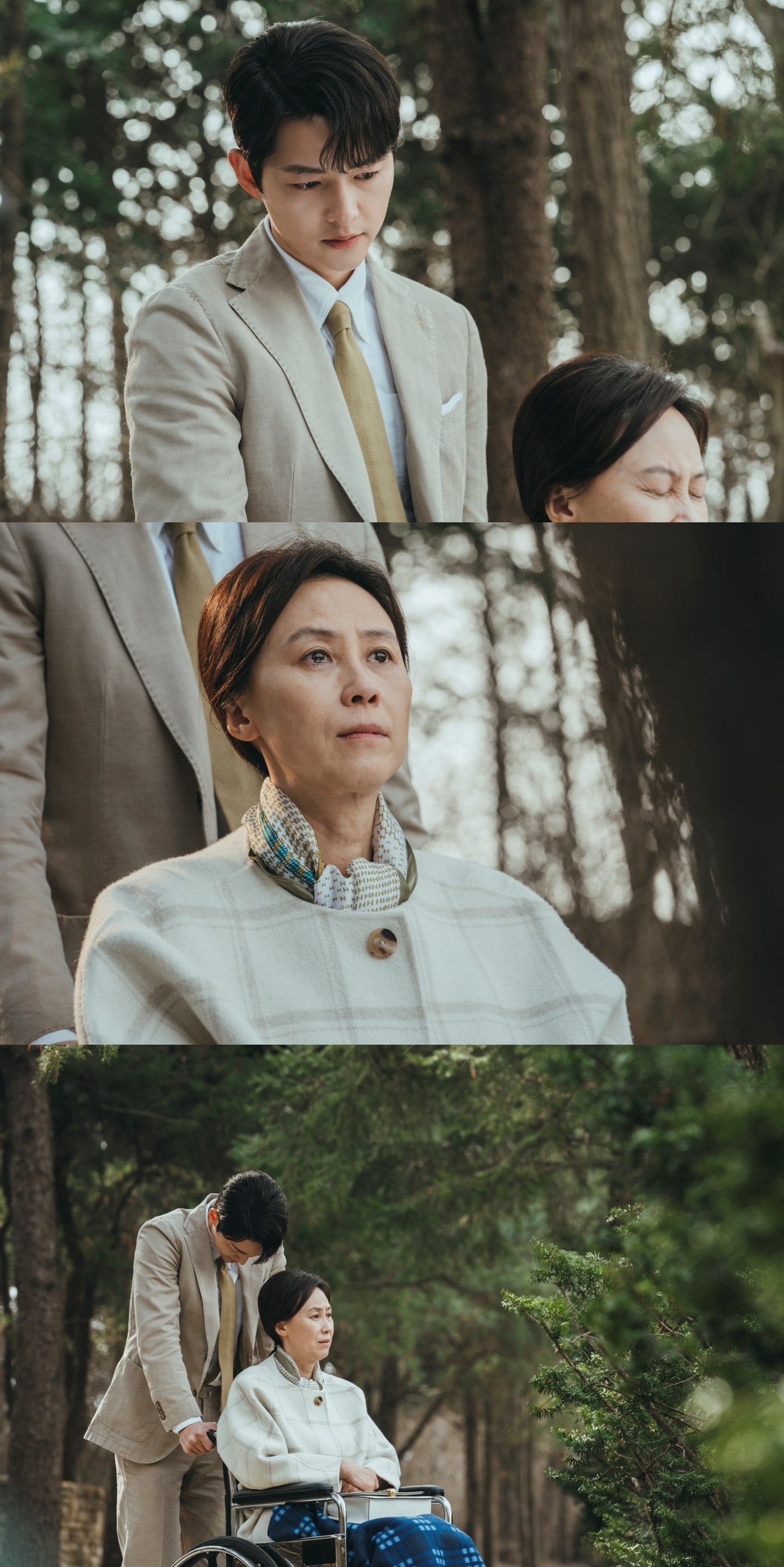 Episode 16 will also show the villains jumping in to get rid of Vincenzo. Vincenzo, who has gotten himself intertwined with President Oh’s death, acts quickly with the Geumga Plaza family to find the real culprit.

Song Joong Ki
Yoon Bok In
Vincenzo
How does this article make you feel?