MBC’s “Oh My Ladylord” has revealed new stills ahead of the upcoming episode!

At the end of episode 7, Han Bi Soo and Jung Yoo Jin (CNBLUE’s Kang Min Hyuk) expressed their feelings for Oh Joo In, who shocked viewers with her claim that she liked both of them. As a result, viewers are focusing on the changes between Han Bi Soo and Oh Joo In as they continue to live under the same roof.

In one photo, Kim Yi Na (Woo Hee Jin), the CEO of Oh Joo In’s agency, visits the hanok (traditional Korean home) where Oh Joo In lives. Kim Yi Na opens the door with a curious expression, while Oh Joo In looks anxious about what will happen next. In the next photo, Han Bi Soo appears with damp hair as if he has just finished taking a shower. At this rate, Kim Yi Na may found out that Han Bi Soo and Oh Joo In live together! 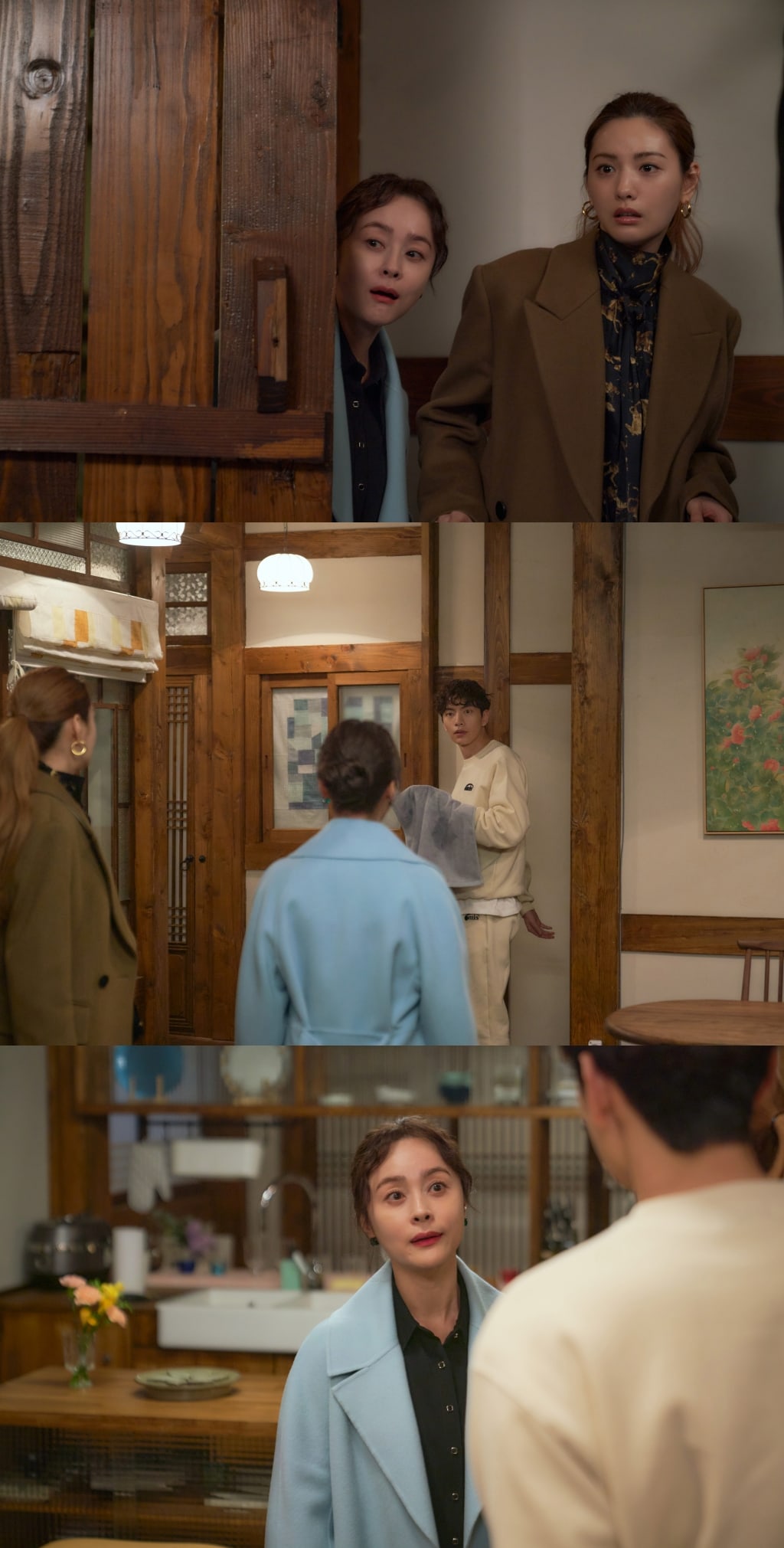 Kim Yi Na harbors a small resentment against Han Bi Soo for rejecting Oh Joo In’s appearance in his drama three times. When Oh Joo In said she would be working with Han Bi Soo, Kim Yi Na tried to stop her several times. So it will be exciting to see how she will react when she sees Han Bi Soo in Oh Joo In’s home.

Watch Lee Min Ki in “Because This Is My First Life” below: