3 Burning Questions That Were Answered This Week On “Kingdom”

I know what you’re thinking. There are burning questions from “Kingdom” the survival show? Are you sure this isn’t “Kingdom” the zombie drama? Don’t worry, you’ve come to the right place. This is “Kingdom: Legendary War,” and yes, the show did throw three questions to us this week. So read on to see the answers to these questions, along with the three final performances of Round 1.

Warning: Partial results are listed towards the bottom.

Why is it important to study English?

We started the episode with the winners of the Introduction Stage, Stray Kids. They confessed that there was a certain pressure of needing to live up to expectations and showing everyone that they deserved the No. 1 rank. With the input of JYP staffers, the kids decided on mixing “God’s Menu” and “Side Effects.” Felix mentioned that when you flip the word “EVIL” around, it becomes “LIVE.” While “Side Effects” is about succumbing to egos and the bad side, “God’s Menu” is about triumphing over it. And with that, a very cool concept was born, thanks to some clever English. 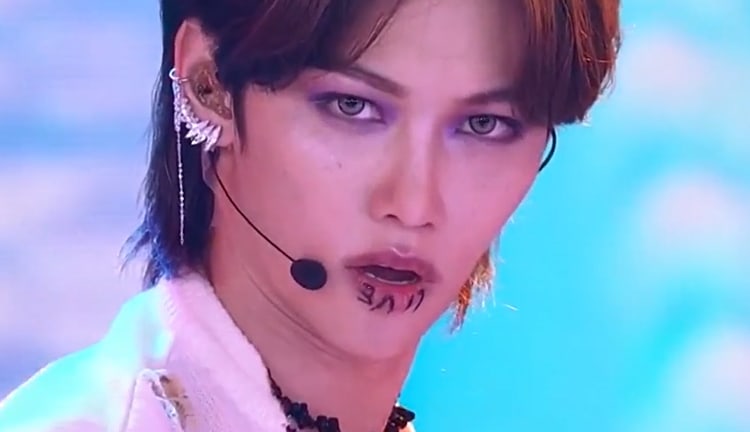 This concept was fully maintained throughout their performance, where the first part was Stray Kids (dressed in white) being manipulated by the dancers (dressed in black). This was flipped around in the “LIVE” part.

The section where Bang Chan had a dancer mirroring him (upside down no less) was especially insane.

All in all, the performance was a feast for the eyes. 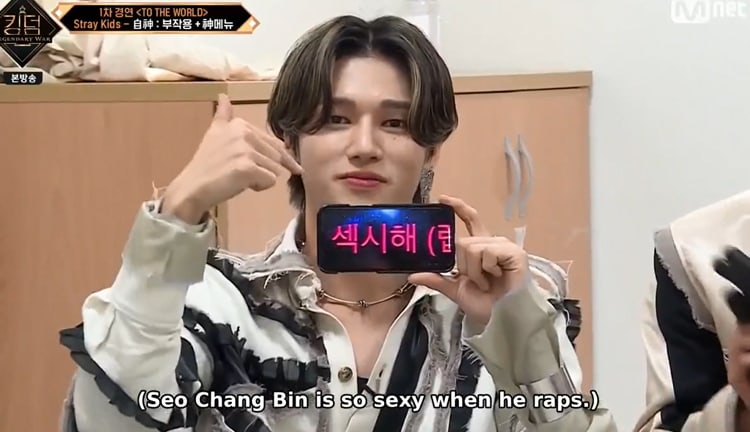 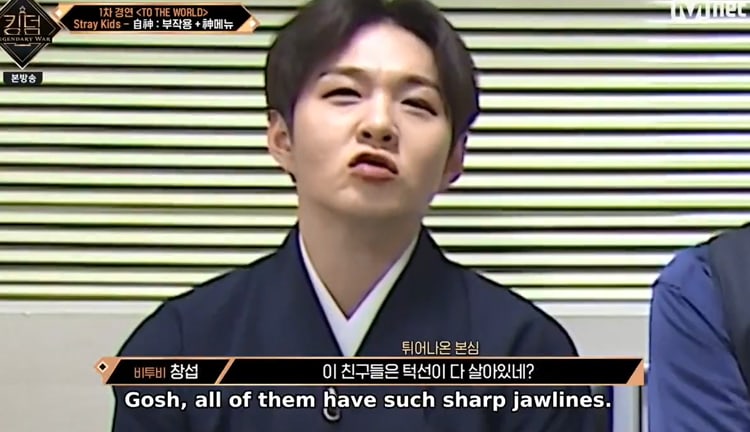 How does one slay a Kraken?

Next up was ATEEZ. The group decided to choose “Wonderland” and give it the cinematic and grandiose treatment. Hongjoong went to the studio to go find the perfect musical score, but instead of figuring out the name of the music he had been humming, he was flirted up by Genie, the voice-controlled personal assistant.

Find yourself a voice-controlled personal assistant who loves you like this.

It turned out that the notes that Hongjoong kept humming were from Dvořák’s “Symphony No.9” And it sounded amazing when underlaid into their song. They completely achieved their goal of turning it into a cinematic experience, with the grand orchestral score, epic staging, and a freaking Kraken! Yes, their ship (they were doing a pirate theme) was attacked by a freaking Kraken.

But don’t worry, they managed to defeat it (insert iKON member Bobby’s excited “yay!”). Though the Kraken was technically supposed to be killed by a shotgun, I have a feeling that the real cause of death was Jongho’s 4-step high notes. Because that SLAYED! 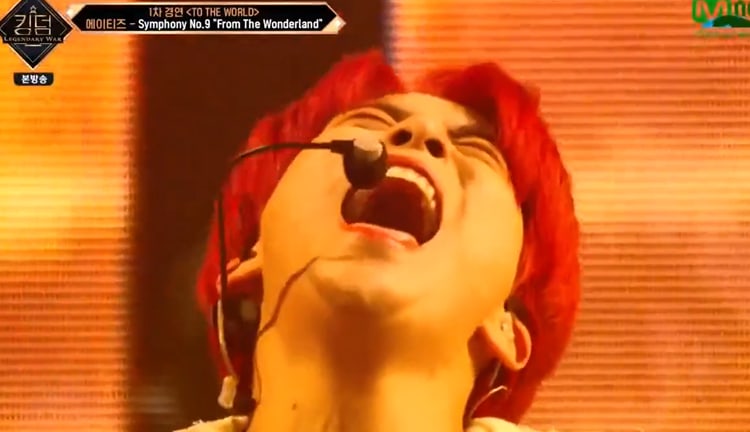 They also got some “bone-breaking dancers” to join them (did anyone else even know there was such a thing?). If you’re kinda ick-ed by limbs that rotate into unnatural positions, then you’ve been warned. 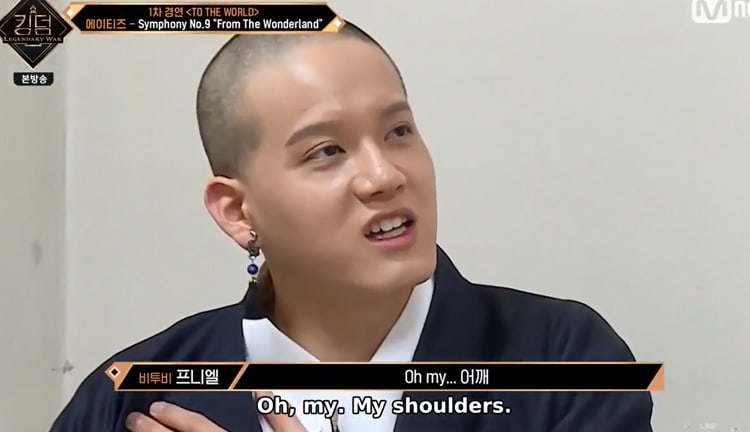 I feel you, Peniel!

(Mirror mirror on the wall,) Who’s the sexiest of them all?

Finally, we have team SF9 rounding out the performances. They decided to go with their forte for this round and take advantage of their strong suits — their model-esque statures and manly allure. Many of the members had personal schedules during that period, so they unfortunately lacked time to practice together. A silver lining was that we saw some of members interacting with other celebrities, which gave us this hilarious interaction: 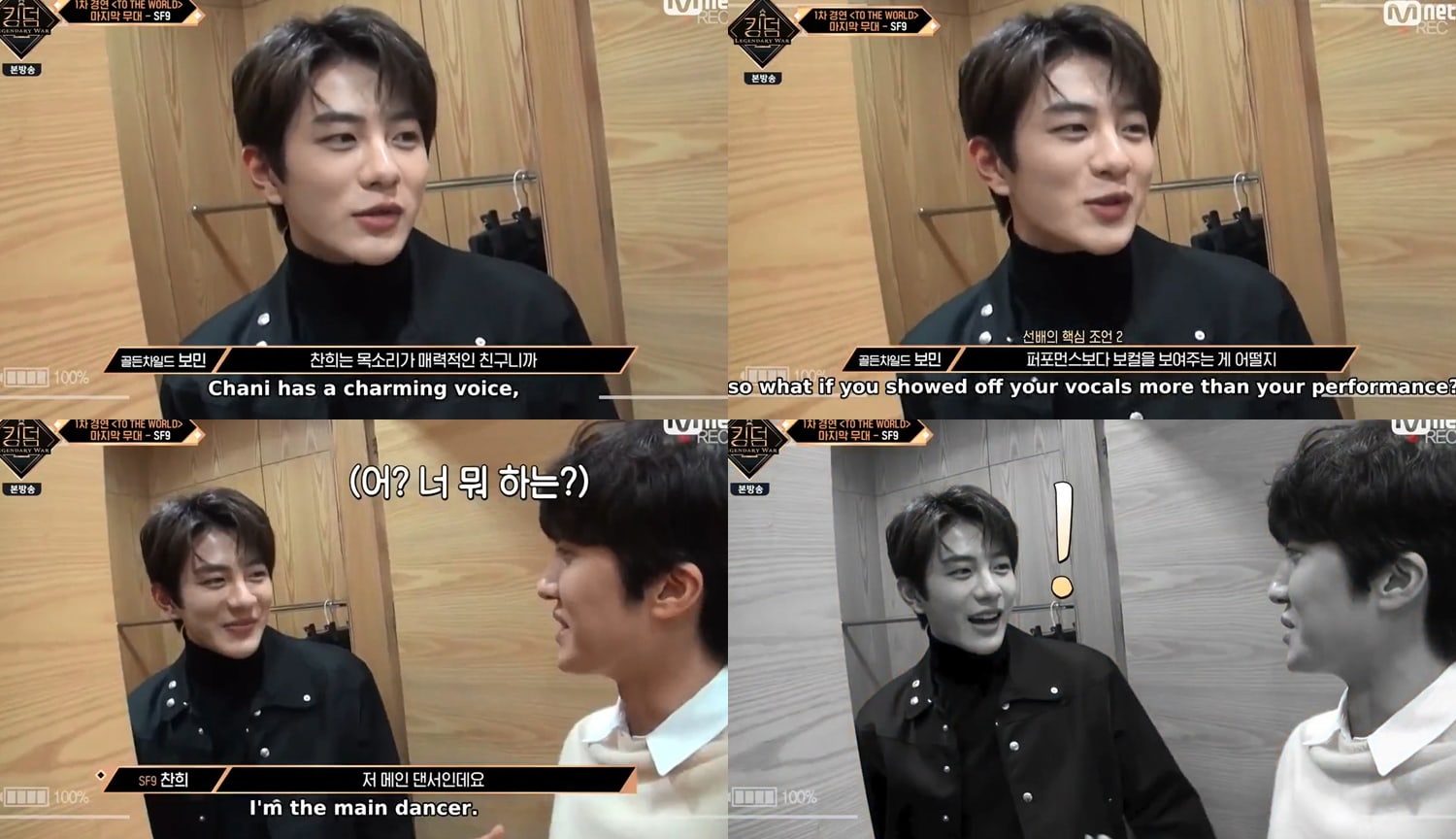 Speaking of interactions we live for, can we just talk about how adorable the SF9 and iKON friendship is?

Cheerleaders iKON screaming from next door! 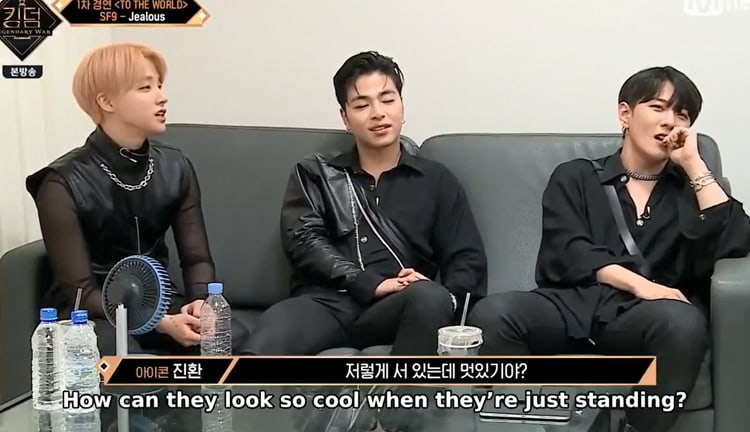 SF9, or should I say SF9 fatale, performed an orchestral remake of “Now or Never.” Following the theme of indulgence and dangerous charms, the whole stage was decked out in mirrors. The one section where the mirrors suddenly turned into see-through glass was quite cool. Overall, it was a decidedly more mature and sexy performance that highlighted their strengths.

Finally, we saw the announcement for the results of the group evaluations and the expert evaluations. Expert evaluations included critics, vocal and performance directors, songwriters, etc. Each team could also vote for three groups that they found to have delivered the most memorable stage. Their scores, combined with the experts’ scores, are as follows: 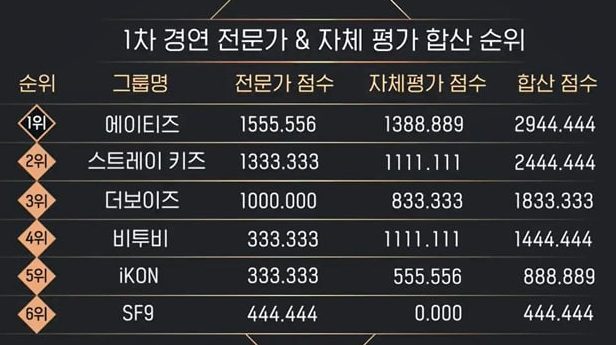 From first to sixth, it’s ATEEZ, Stray Kids, THE BOYZ, BTOB, iKON, and SF9. The second column shows the experts’ score, the third shows scores from the group votes (if you’re wondering, they received, from top to bottom, 5, 4, 3, 4, 2, and 0 votes respectively), and the final column is the total scores as of airing.

Next week, we have Round 2 with the theme of “Re-born,” where groups will perform each others’ songs. Can’t! Wait!

Which of these performances was your favorite? Were you as freaked out as I was about the “bone-breaking” dance? Let us know in the comments below.

Belinda_C is super excited to see who gets whose song! Talk dramas, SEVENTEEN, and Shinhwa with her on Twitter!