The residents of Geumga Plaza are in danger in tonight’s episode of “Vincenzo”!

“Vincenzo” stars Song Joong Ki as Vincenzo Cassano, an Italian lawyer and Mafia consigliere who is of Korean descent, but was adopted by an Italian family at a young age. When he moves back to Korea due to a conflict within his organization, he winds up crossing paths with sharp-tongued lawyer Hong Cha Young (Jeon Yeo Been). Together, they join forces in using villainous methods to take down villains who cannot be punished by the court of law.

In the previous episode, Vincenzo began a game of chess to topple each and every pawn that Jang Joon Woo (2PM’s Taecyeon) relied on. He threatened the villainous cartel by reducing to ruins their party to auction off floors of Babel Tower, but a major plot twist occurred when Jang Han Seo (Kwak Dong Yeon) betrayed Vincenzo by aiming a gun in his direction. Viewers watched on in shock as Vincenzo collapsed after being shot by the new chairman of Babel. 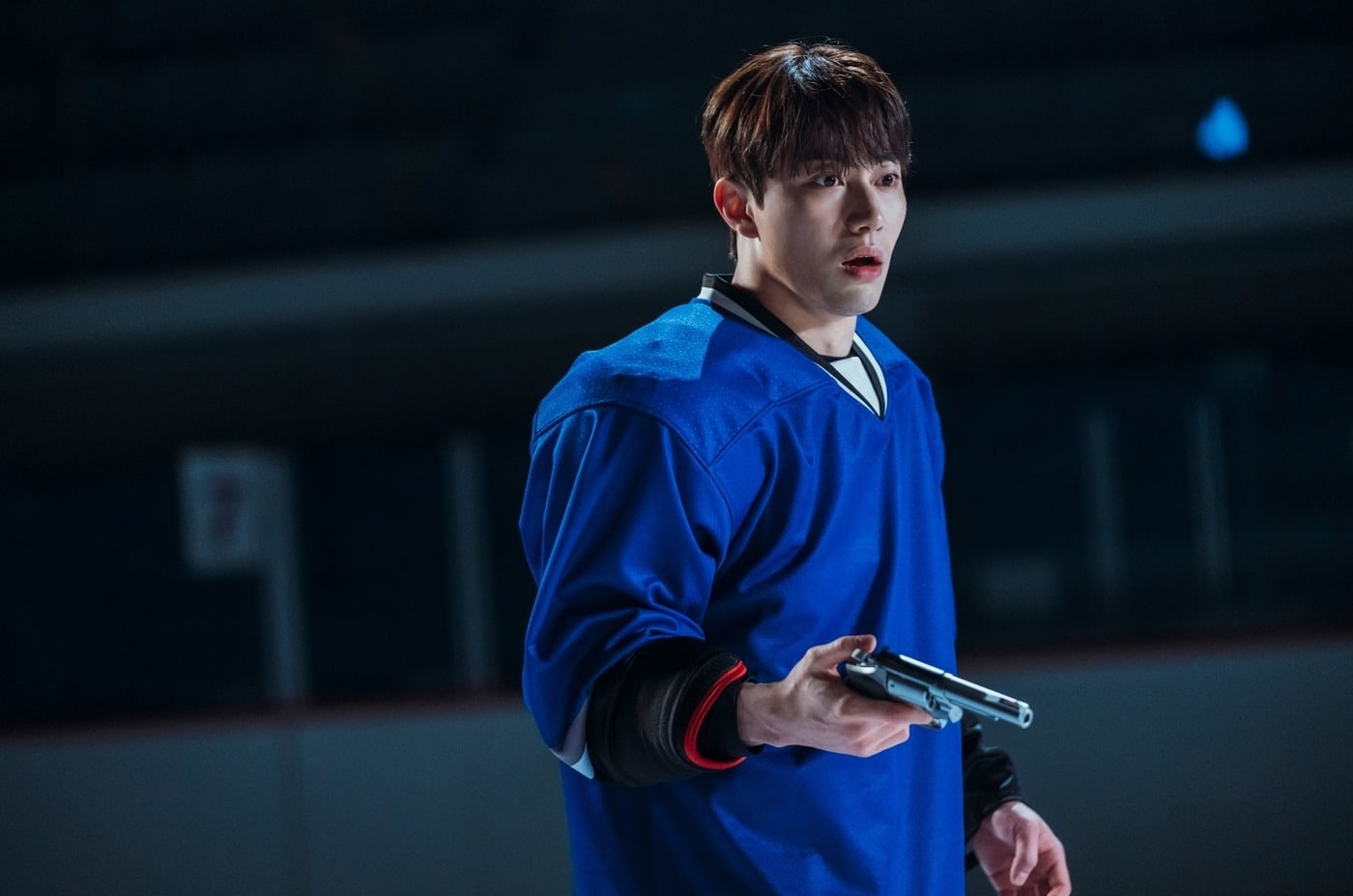 Numerous variables are now making Vincenzo’s plan to overthrow Babel increasingly complicated. The guillotine file meant to be used against Babel revealed endless accounts of other cartels involved, and Han Seung Hyuk (Jo Han Chul) summoned Interpol to corner Vincenzo the moment he became the head of the Southeast District Prosecutors’ Office. Finally, Jang Han Seo betrayed Vincenzo after achieving his goal of returning to his position as chairman of Babel Group.

New stills preview more interesting developments in the upcoming episode. In one still, Jang Jun Woo gets put in handcuffs while numerous directors look on. Despite the turn of events, he wears a sly smile on his face. 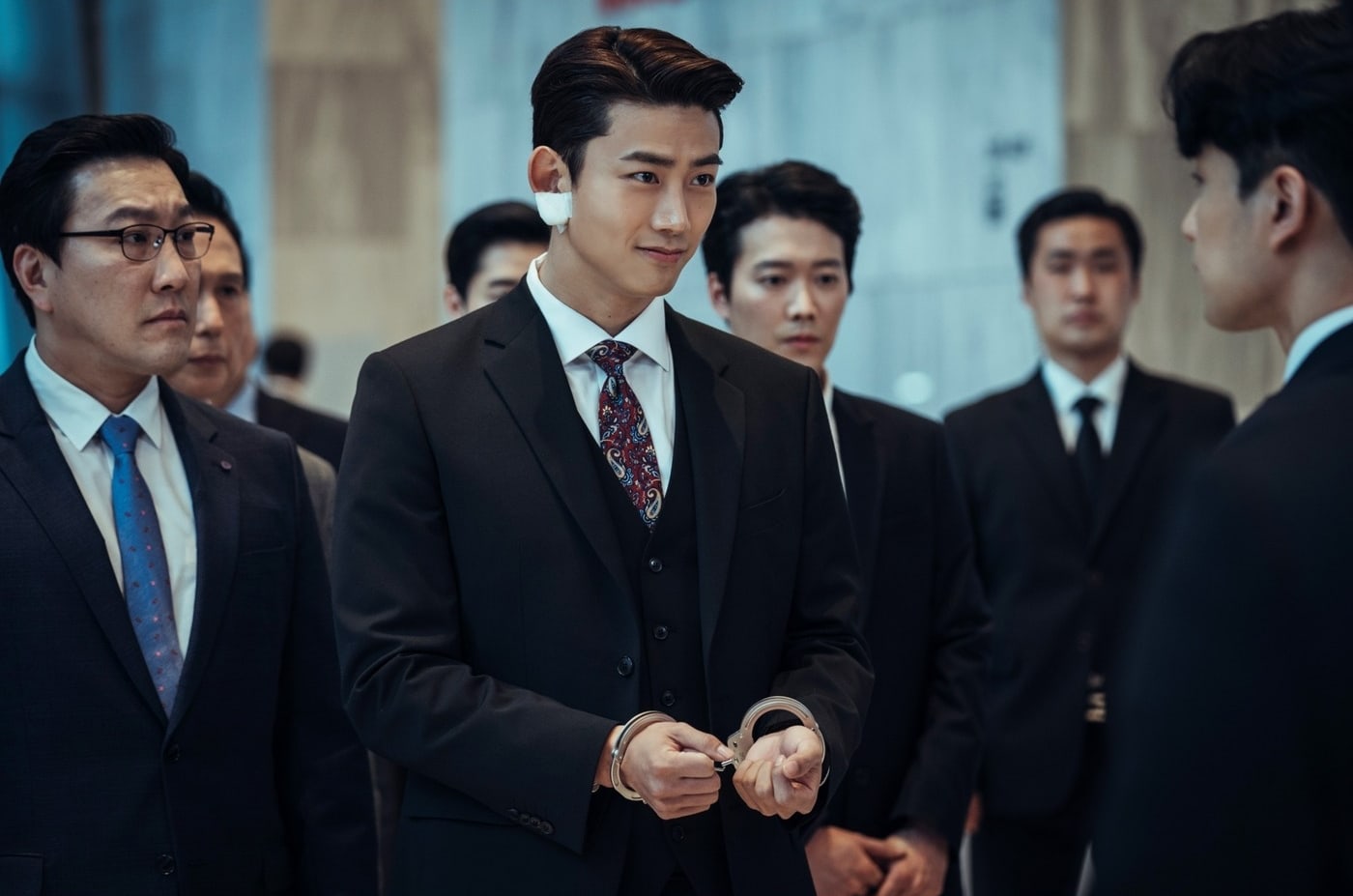 Meanwhile, the residents of Geumga Plaza are also in a tight spot. Another still shows Hong Cha Young and Nam Joo Sung (Yoon Byung Hee) looking at something with shocked expressions while Seo Mi Ri (Kim Yoon Hye) clings to them in fright. Curiosity is mounting over the object of their surprise. 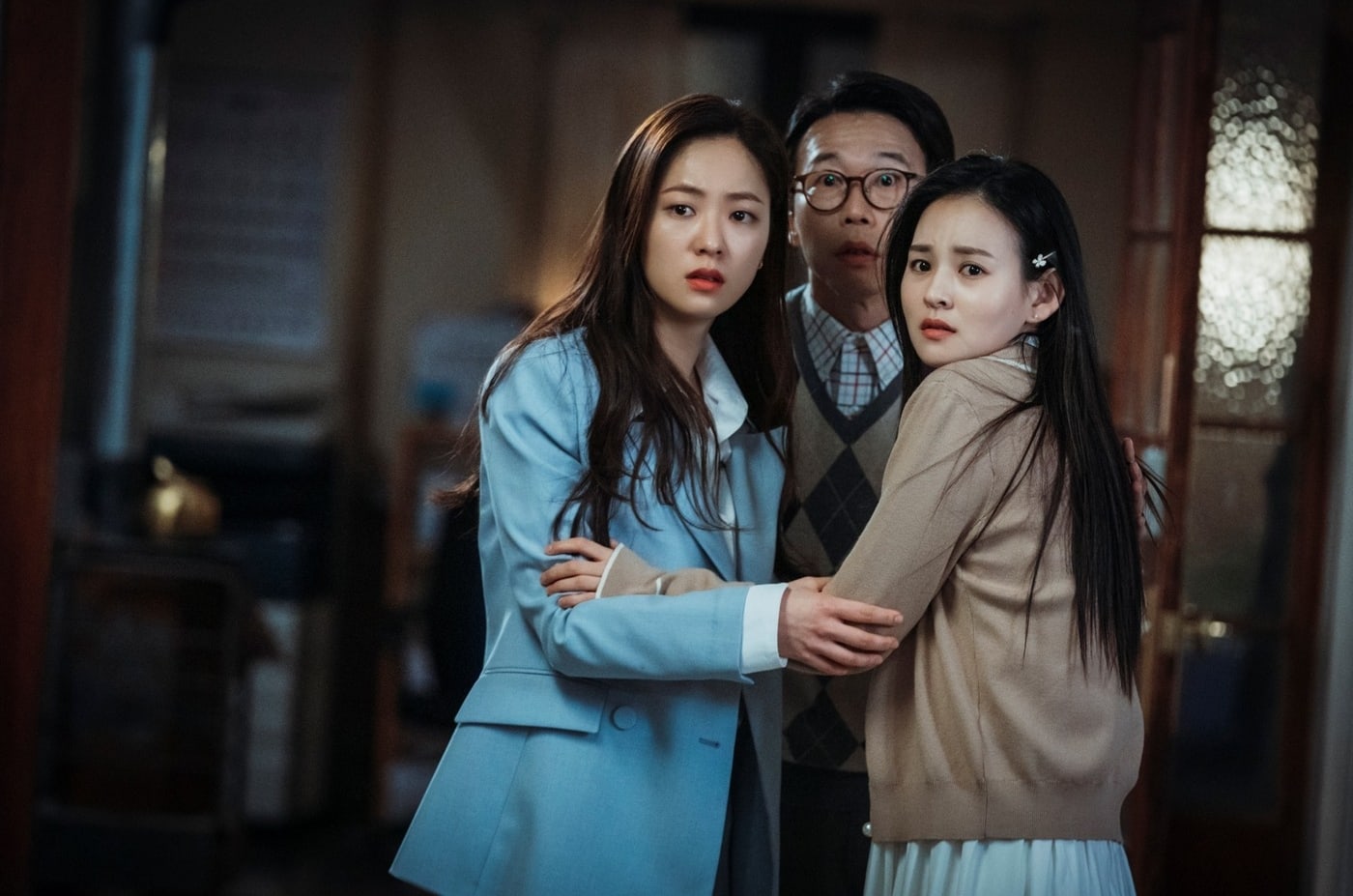 The drama’s production team commented, “Unpredictable developments will occur as the villains make choices for their own gain. Geumga Plaza will be in danger as those who are after the secret room and the guillotine file make an appearance. The story will be so captivating that it will keep you on the edge of your seat until the very end.”

In the meantime, check out Jeon Yeo Been in “Melo Is My Nature” below: