tvN’s Monday-Tuesday drama “Doom at Your Service” gave a peek at a romantic moment between Lee Soo Hyuk and Shin Do Hyun!

“Doom at Your Service” is a fantasy romance drama about a character named Myul Mang (Seo In Guk), who causes everything he touches to vanish, and a woman named Tak Dong Kyung (Park Bo Young), who puts her life on the line to avoid her fate. After going through life without any grand goals, Tak Dong Kyung suddenly receives the diagnosis that she only has 100 days to live. She calls for doom (myul mang) of the entire world, but instead is found by Myul Mang.

On May 17, the drama unveiled new stills that preview Cha Joo Ik and Na Ji Na’s blossoming romance. In the photos, Na Ji Na is sitting on the stairs by herself, and she is soaked from the rain. Her shoulders are slumped in sadness, and her expression is shadowed with loneliness. Cha Joo Ik hands her an umbrella, and his deep eyes are filled with warmth and gentleness as he gazes down at her. 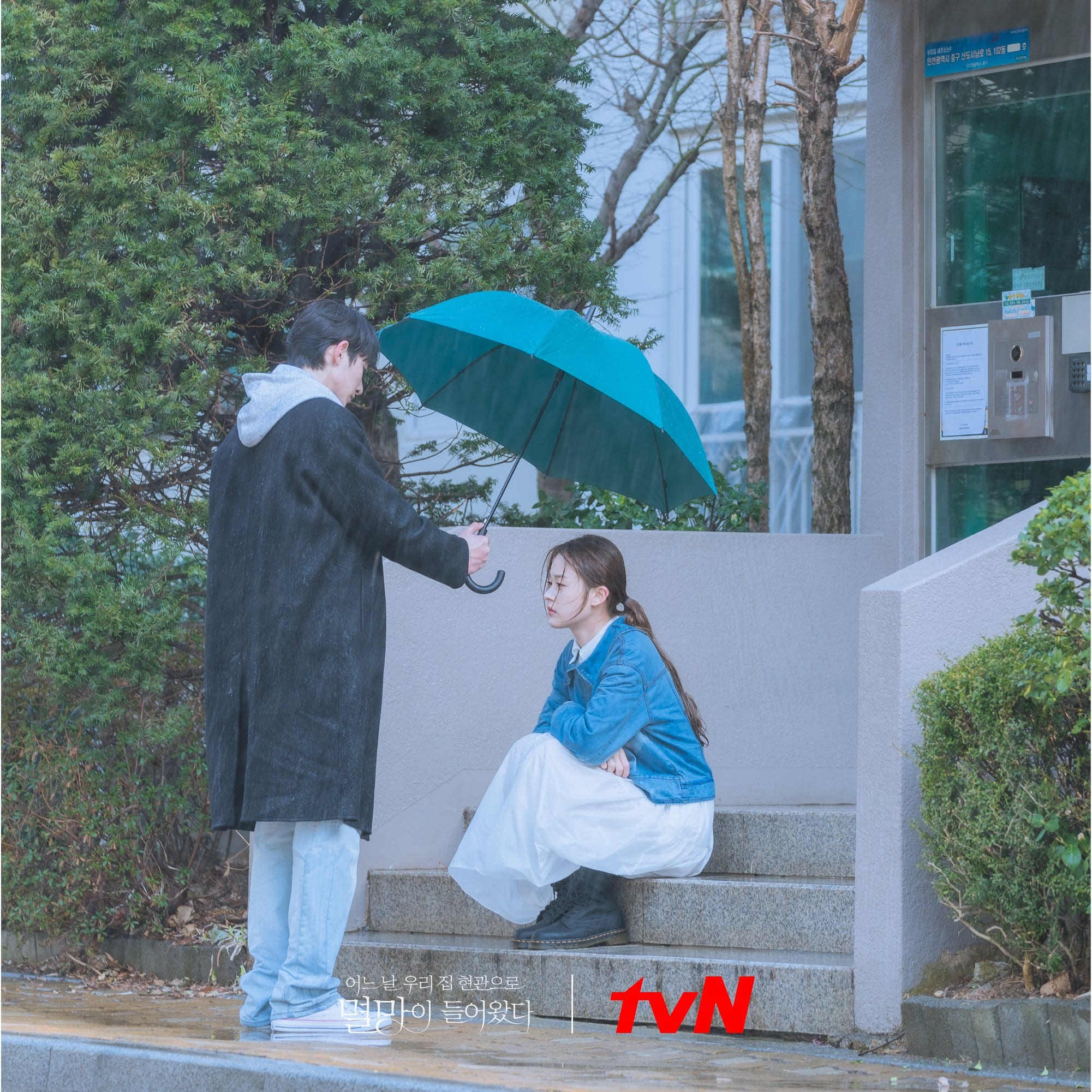 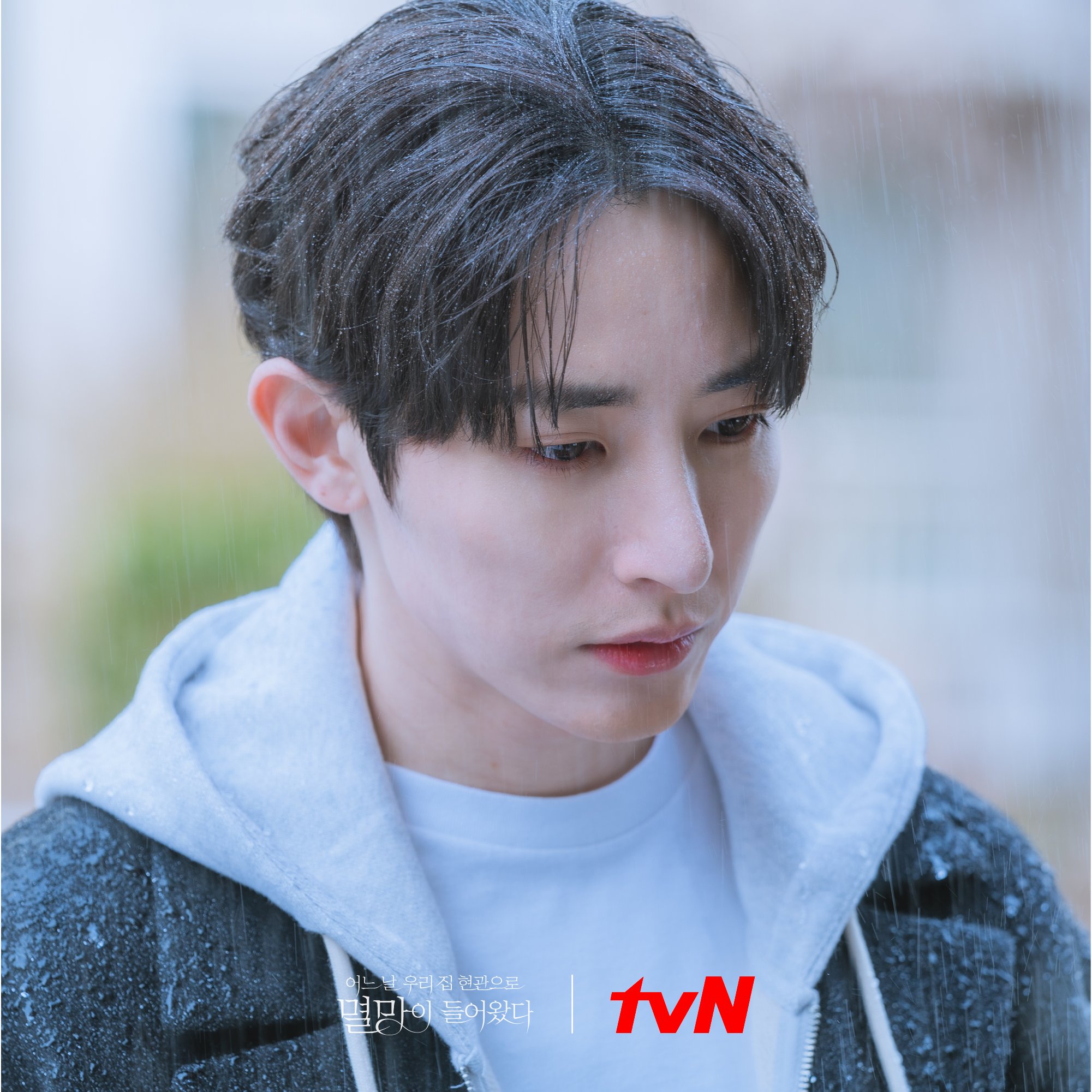 Then out of nowhere, Cha Joo Ik and Na Ji Na share a kiss in the rain. It is almost as if he is trying to comfort her, and viewers are excited to find out more about their romance. After the kiss, Na Ji Na stares at him with a mixture of curiosity and bewilderment. The subtle tension between the two characters makes hearts flutter even more. As a result, it will be intriguing to see what will happen next. After all, the third party in their love triangle hasn’t appeared yet! 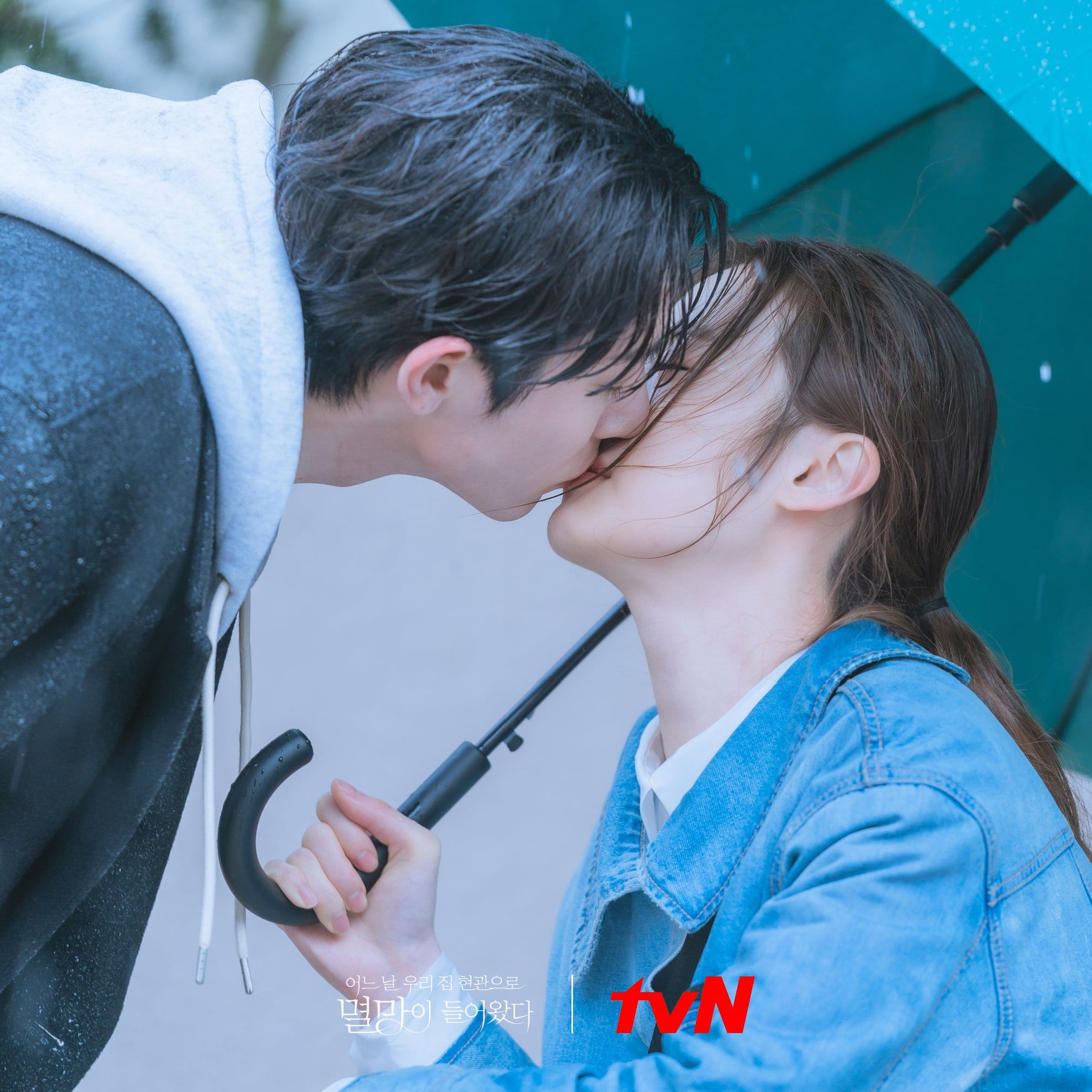 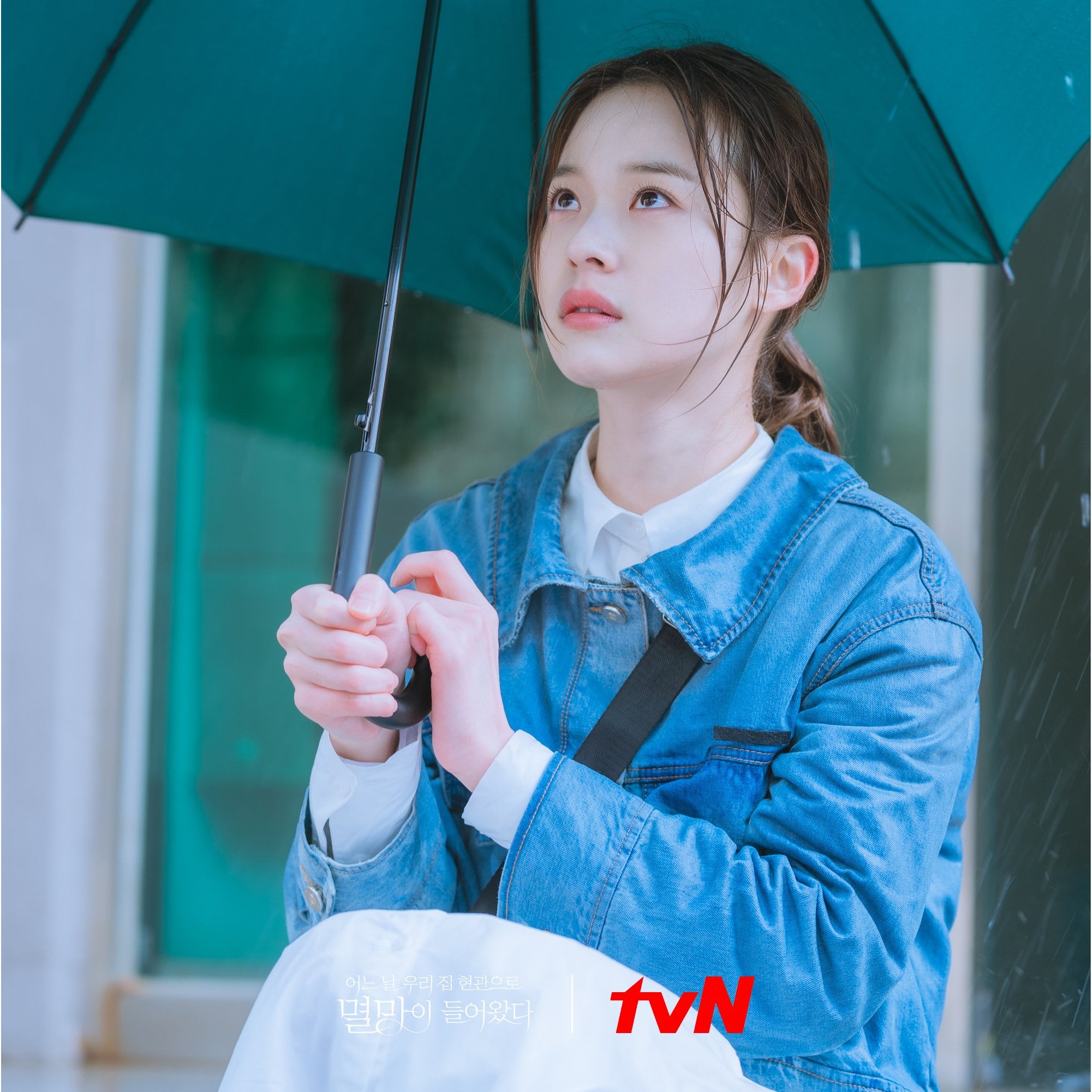 The drama’s production crew commented, “Today, the relationship between Cha Joo Ik and Na Ji Na will be revealed. The love triangle between Cha Joo Ik, Na Ji Na, and Lee Hyun Kyu (Kang Tae Oh), which will give a different thrill from Myul Mang and Tak Dong Kyung’s romance, will officially begin. Please look forward to it.”

Lee Soo Hyuk
Shin Do Hyun
Doom at Your Service
How does this article make you feel?