New teasers have been released for “Monthly Magazine Home”!

Na Young Won responds, “A resting place I can return to after a long day,” while Yoo Ja Sung says sharply, “Houses are for investing.” The two characters are shown bickering about their different values. Na Young Won thinks a good house is one where she can receive comfort, but her boss Yoo Ja Sung scolds her to focus on aspects such as areas where house prices have the potential to rise.

Shin Kyum thinks a home is just wherever he can eat and sleep, so he just considers his studio as his home. He is someone with no interest in saving up, easily spending 1.2 million won (approximately $1,075) on a tent.

Choi Go is someone who has been waiting for 30 years for his apartment to undergo reconstruction in order to make big money, so a house to him is the “lottery.” If the apartment undergoes reconstruction, he can sell it for a high price, but he only continues to wait with still no news of reconstruction.

In a new poster, Young Won and Ja Sung are sitting side by side on a sofa as they side eye each other. Their thoughts on houses even show in the way they are dressed, with Young Won dressed in comfortable homewear and Ja Sung appearing as if he is dressed for work. 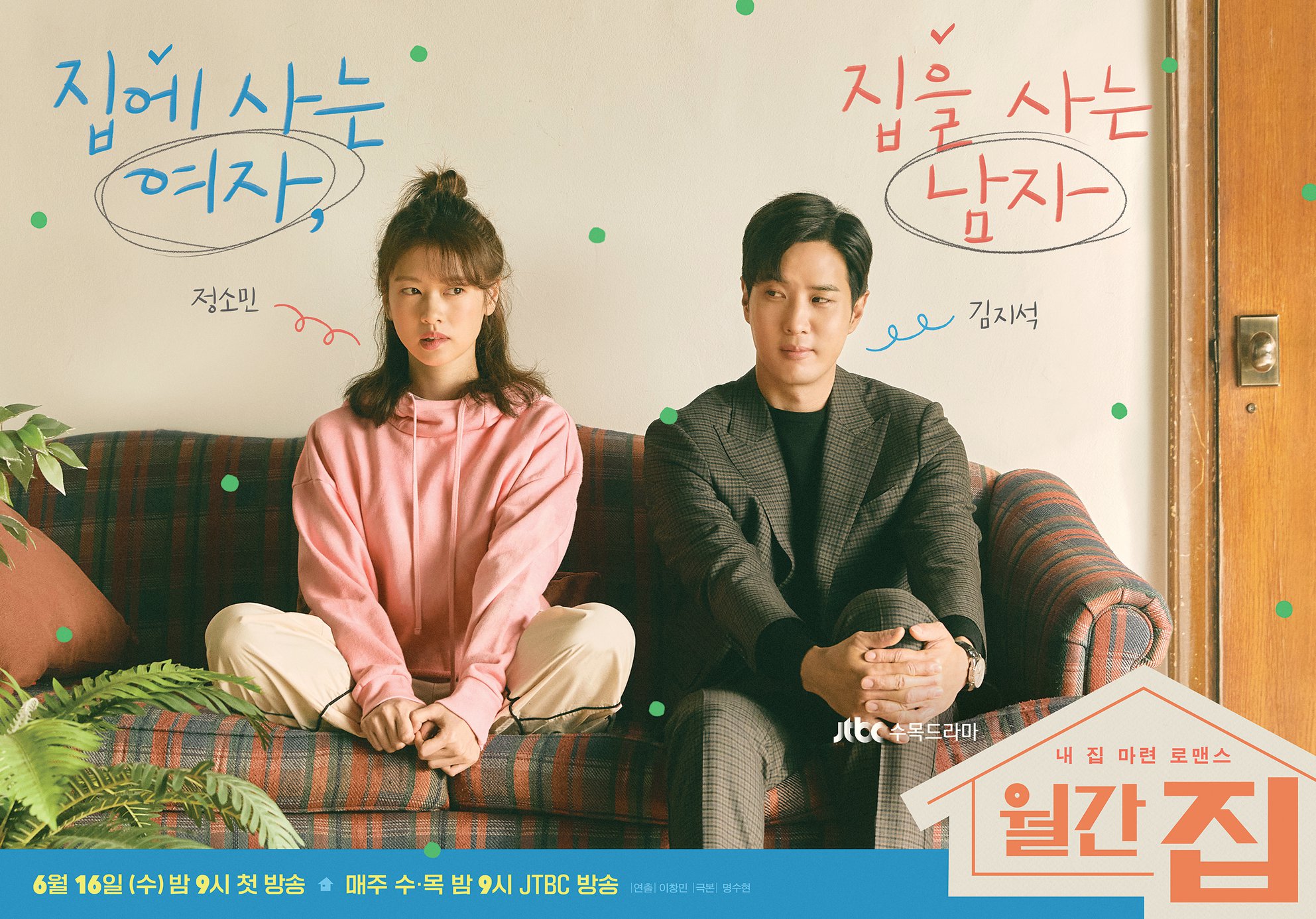 “Monthly Magazine Home” is directed by Lee Chang Min of the “Welcome to Waikiki” series and written by Myung Soo Hyun of the “Rude Miss Young Ae” series and “Drinking Solo.” It is set to premiere on June 16 at 9 p.m. KST via JTBC.

While waiting, watch Jung So Min in “Fix You“:

And Kim Ji Suk in “My Unfamiliar Family“: