2PM’s Chansung and Han Ji An’s relationship in “So I Married the Anti-Fan” is heading in a bad direction.

“So I Married the Anti-Fan” is a romantic comedy about global K-pop star Who Joon (Choi Tae Joon) and his anti-fan Lee Geun Young (Sooyoung) who are starring in a virtual marriage variety show.

Previously in the drama, JJ (Chansung) stopped his girlfriend Oh In Hyung (Han Ji An) from participating in Spigen Entertainment’s audition, causing his relationship with her to worsen. However, Oh In Hyung recorded Who Joon’s new song behind JJ’s back, and when JJ found out, he went to Who Joon while trying to contain his anger.

Stills for the upcoming episode show Oh In Hyung focusing on her laptop screen (see top image). She is portraying the sorrow she has been holding in all this time in all of the wrong ways . Oh In Hyung’s spontaneous actions make JJ angrily find her, but when Oh In Hyung tells him something coldly, he appears to be hurt by her words. Viewers are left wondering how their rocky relationship will change after this confrontation. 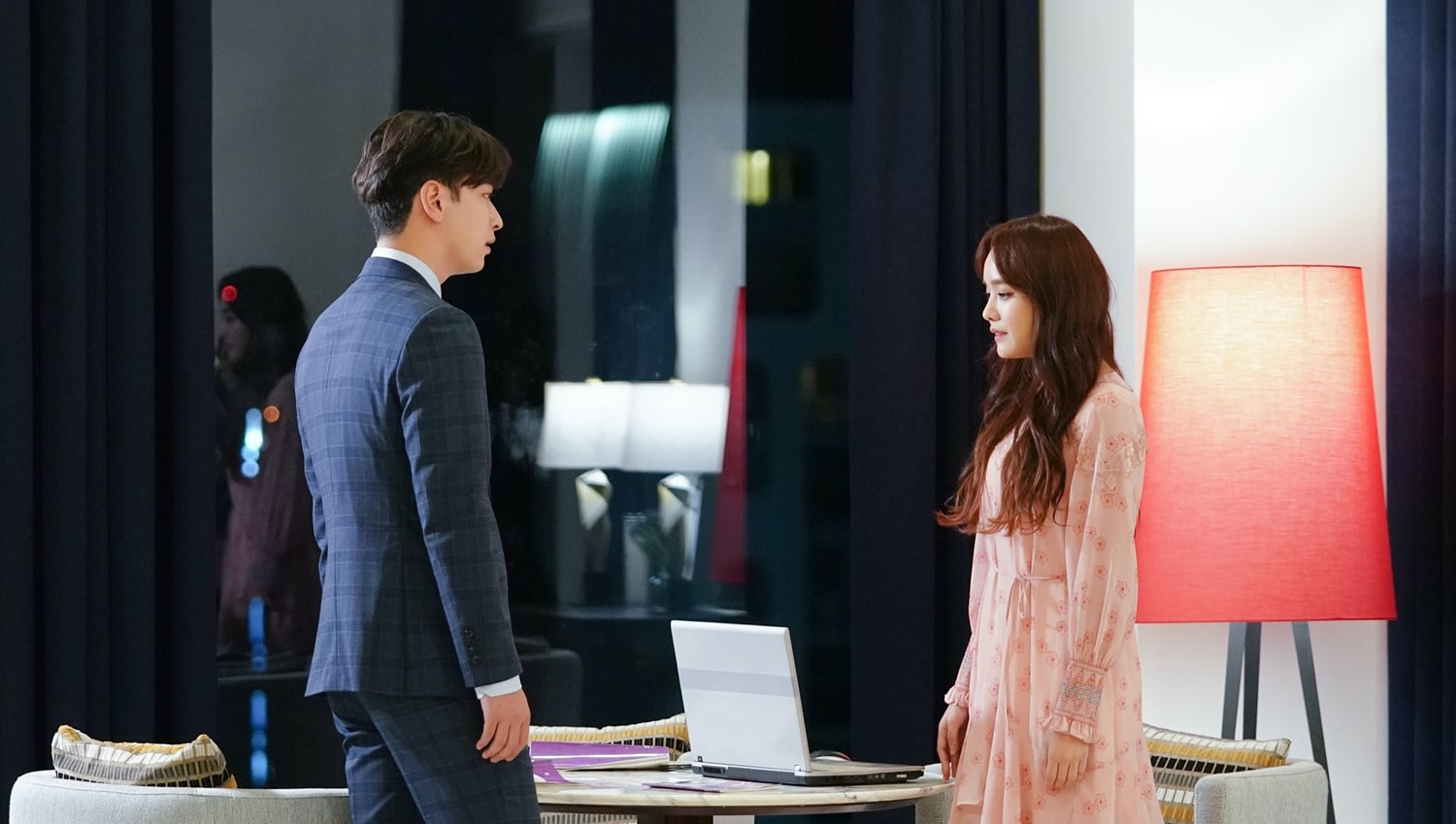 The drama’s production team shared, “In today’s episode, the conflict between JJ and Oh In Hyung, who have always covered up their conflicts in their past, will explode and create an air of tension. It is an episode that spotlights the emotional acting performances by Chansung as JJ, who is angered by his girlfriend’s arbitrary behavior, and Han Ji An as Oh In Hyung, who is gradually falling out of love with JJ. Please look forward to it.”