Get ready for a tense encounter between U-KISS’s Lee Jun Young and ATEEZ’s Yunho on the next episode of “Imitation”!

Based on the popular webtoon of the same name, “Imitation” is about the work and love lives of idols in the competitive entertainment industry. Jung Ji So stars as Lee Ma Ha, the hard-working center of the three-member girl group Tea Party, while Lee Jun Young stars as Kwon Ryoc, the aloof center of the A-list boy group SHAX. Yunho takes the role of Lee Yoo Jin, a member of the boy group Sparkling.

On the previous episode of “Imitation,” Lee Yoo Jin couldn’t hide his mixed feelings after watching Lee Ma Ha and Kwon Ryoc’s kiss scene in their new movie. Lee Yoo Jin felt a sense of desperation and started to ignite with passion to become a top star. He even showed his desire to act, which hinted that he will become more tangled up with Kwon Ryoc.

In newly released stills from the drama’s upcoming episode, the two rivals meet at action school. Lee Yoo Jin will be appearing in the movie Kwon Ryoc will play the lead in. Lee Yoo Jin politely greets Kwon Ryoc who stares at him with bitterness. Kwon Ryoc becomes guarded as he comes face-to-face with Lee Ma Ha’s close male friend. The two stars then face each other with their fists in the air, and their gazes are sharp with tension. 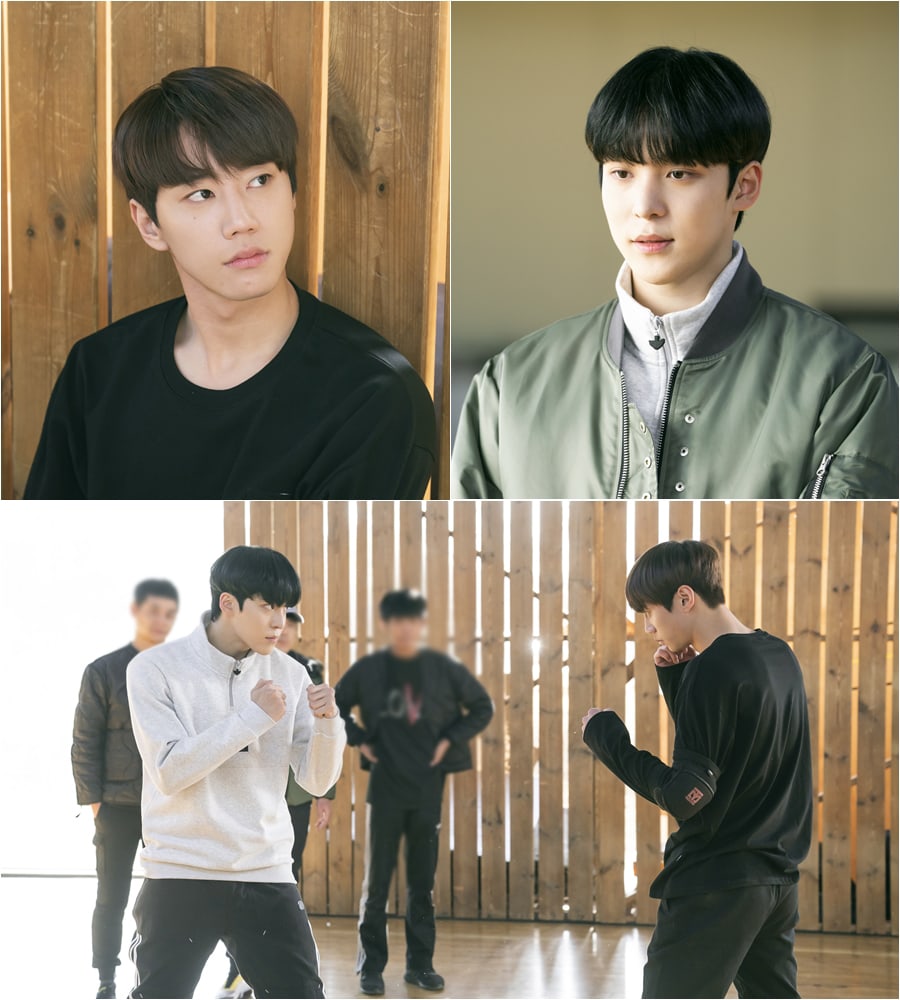 The producers of “Imitation” hinted, “Kwon Ryoc and Lee Yoo Jin, who had been engaged in a war of nerves with their feelings for Lee Ma Ha, will now compete in acting. Please stay tuned to see how Lee Ma Ha will react when she has no idea of their rivalry.”