“The Devil Judge” is a new drama set in an alternate-universe, dystopian version of Korea where the entire nation participates in a trial through a live broadcast courtroom show. Ji Sung will star as Kang Yo Han, a head judge with mysterious intentions.

Jinyoung will be playing Kim Ga On, an associate judge at the trial court that leads the live broadcast courtroom show. He’s a figure who pursues upright justice and truth while maintaining his humanity in a dystopian society rampant with greed and corrupt power.

Kim Ga On is a self-made man who had a difficult childhood but became a respectable judge due to the hard work he put in. Having gradually built courage and strength after facing many hardships, Kim Ga On will oppose the devil judge Kang Yo Han by keeping an eye on his suspicious behavior.

In the still below, Kim Ga On looks dashing as an associate judge in his judge’s robe with his bright and meaningful gaze. 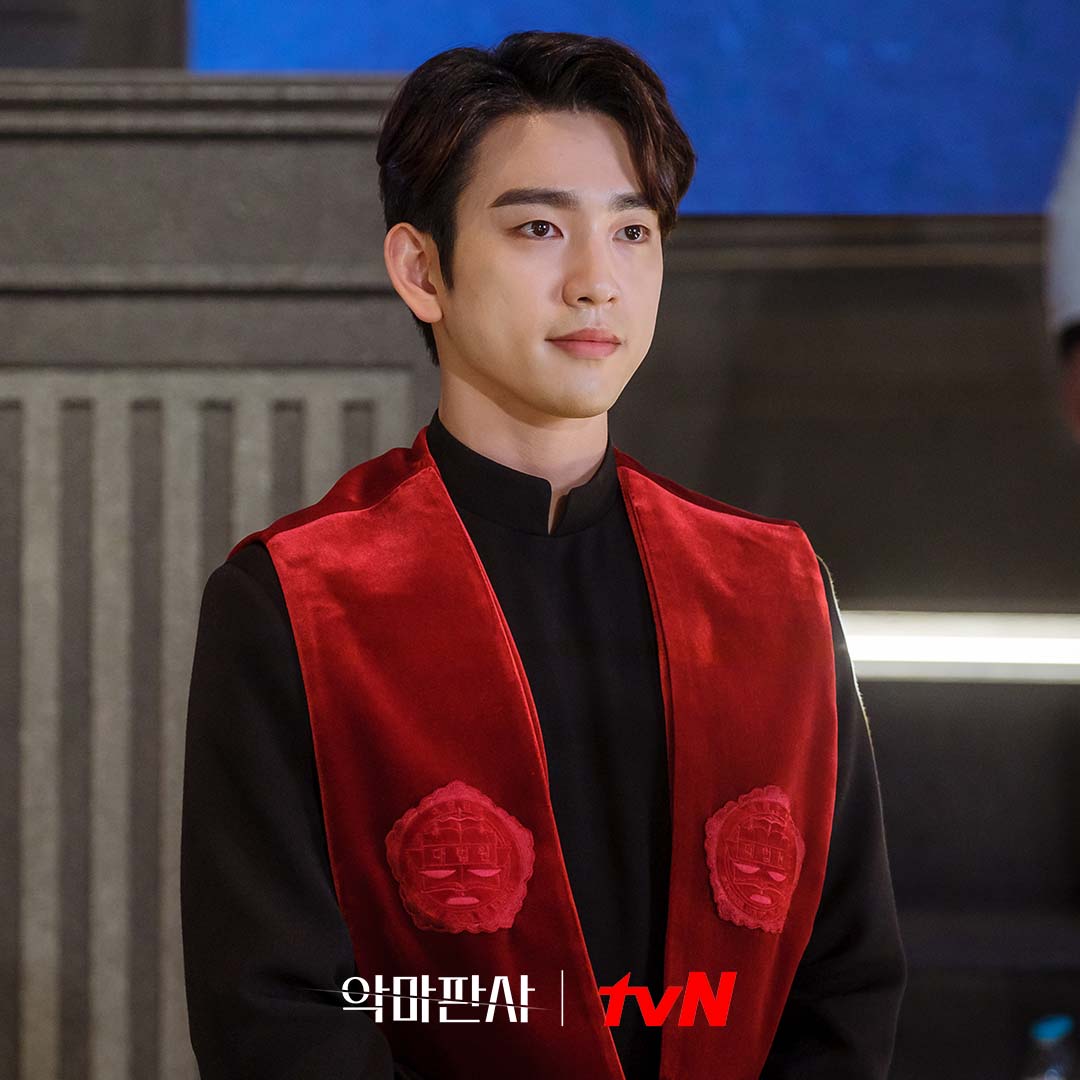 Other stills depict Kim Ga On getting his identity confirmed by the security guard and looking deep in thought while wearing casual clothing, making him appear different from those in the alternate universe with extravagant appearances. Viewers are curious to see what impact Kim Ga On will create in this dystopian world. 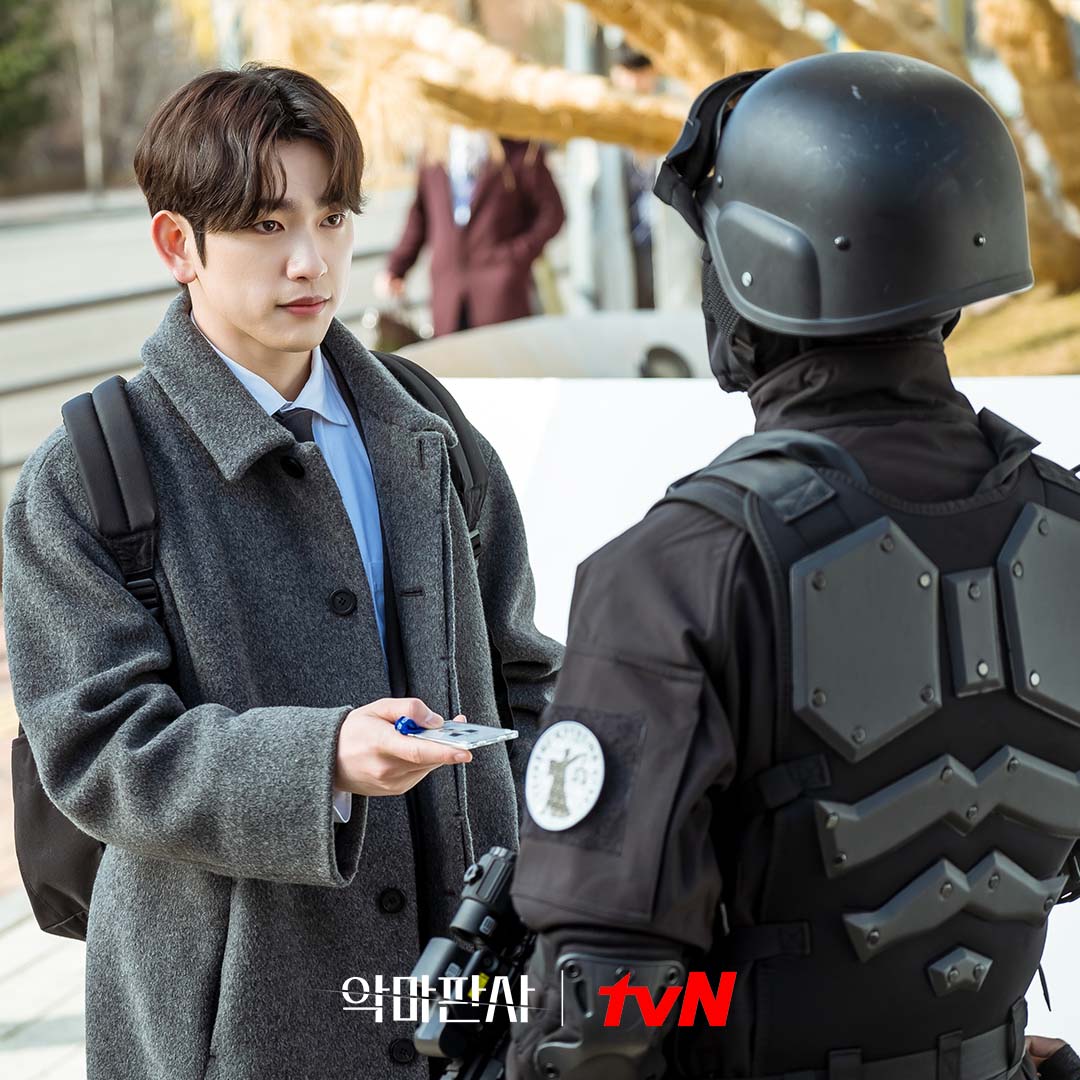 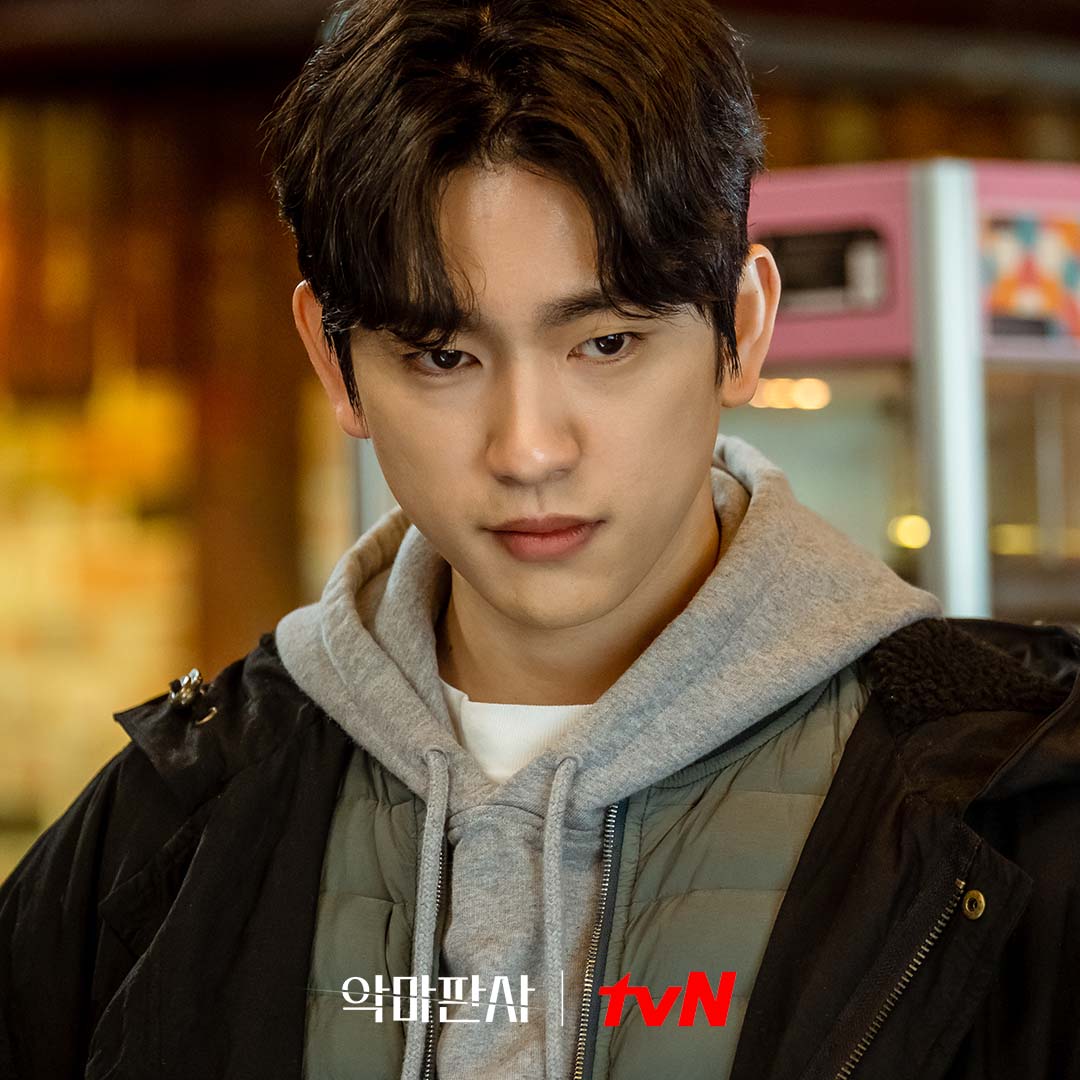 The production team shared, “Jinyoung is immersing himself into his role so flawlessly that he’s the perfect fit to play the character of Kim Ga On, who has good-natured energy and rebellious tendencies. Please pay attention to his performance, which has become deeper and more mature, through ‘The Devil Judge.'”

“The Devil Judge” premieres on July 3 and will be available on Viki. Check out a teaser here!

In the meantime, watch Jinyoung in “When My Love Blooms” below:

GOT7
Jinyoung (GOT7)
The Devil Judge
How does this article make you feel?