Watch: Shin Do Hyun Gives A Tour Of The “Doom At Your Service” Set And Reflects On Life As Web Novelist

tvN’s latest making-of video for “Doom at Your Service” gives viewers an in-depth look at Shin Do Hyun’s character!

“Doom at Your Service” tells the story of an ordinary woman named Tak Dong Kyung (Park Bo Young), who calls for ruin (myul mang) upon the world when she finds out she only has 100 days to live. Instead, she gets Myul Mang (Seo In Guk), the mysterious god of death and destruction, who offers her a dangerous contract.

The video begins with Shin Do Hyun introducing the home of her character Na Ji Na, who is a web novelist. After introducing her messy desk and bookshelf, she moves to the kitchen, where she jokes that it’s clean since she doesn’t use it much. Shin Do Hyun moves on to the rest of her apartment, pointing out various interesting items on the set. 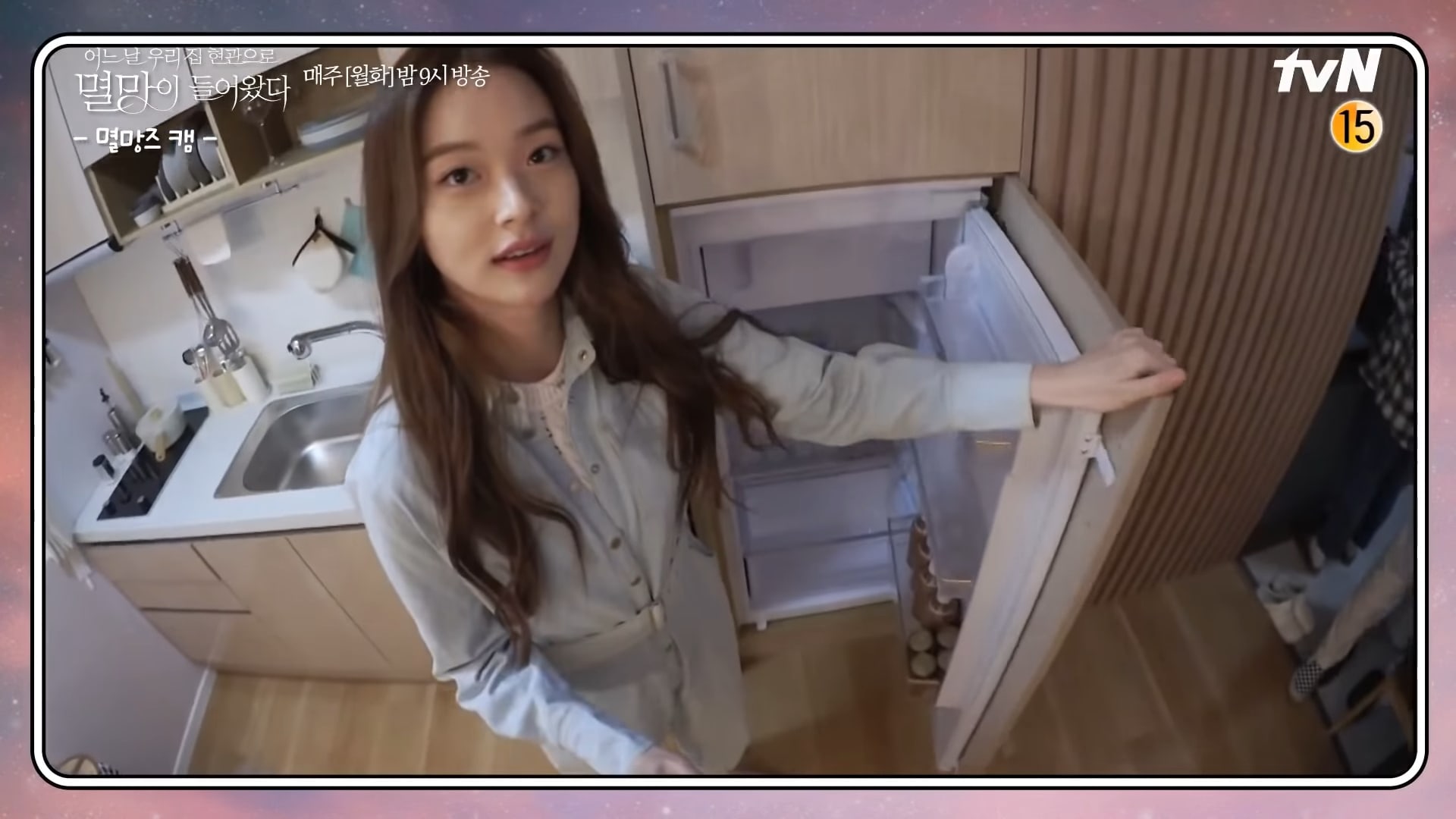 Sitting behind her desk, Shin Do Hyun pretends to get to work as Na Ji Na, but she mutters to herself, “When I work, I think I’ll end up staring into space.” When asked what she thinks of the work-life balance of a web novelist, Shin Do Hyun reasons that it wouldn’t be great since she would have an unhealthy pattern of waking up and sleeping whenever she wanted.

Explaining more about the personality of her character, Shin Do Hyun says, “People might think that authors would wear tracksuits, but I dress up and immerse myself in the main character of my novel while I work.” Shin Do Hyun then reveals that her character gets inspiration from her own experiences, but that her novel isn’t doing very well.

Shin Do Hyun then visits Park Bo Young on set to ask her how she can hit it big as a web novelist. Park Bo Young cutely responds, “You need to forget about your first love and move on. Don’t be tied down by the past.” Back at her desk, Shin Do Hyun wonders if she should change the male lead in her story. 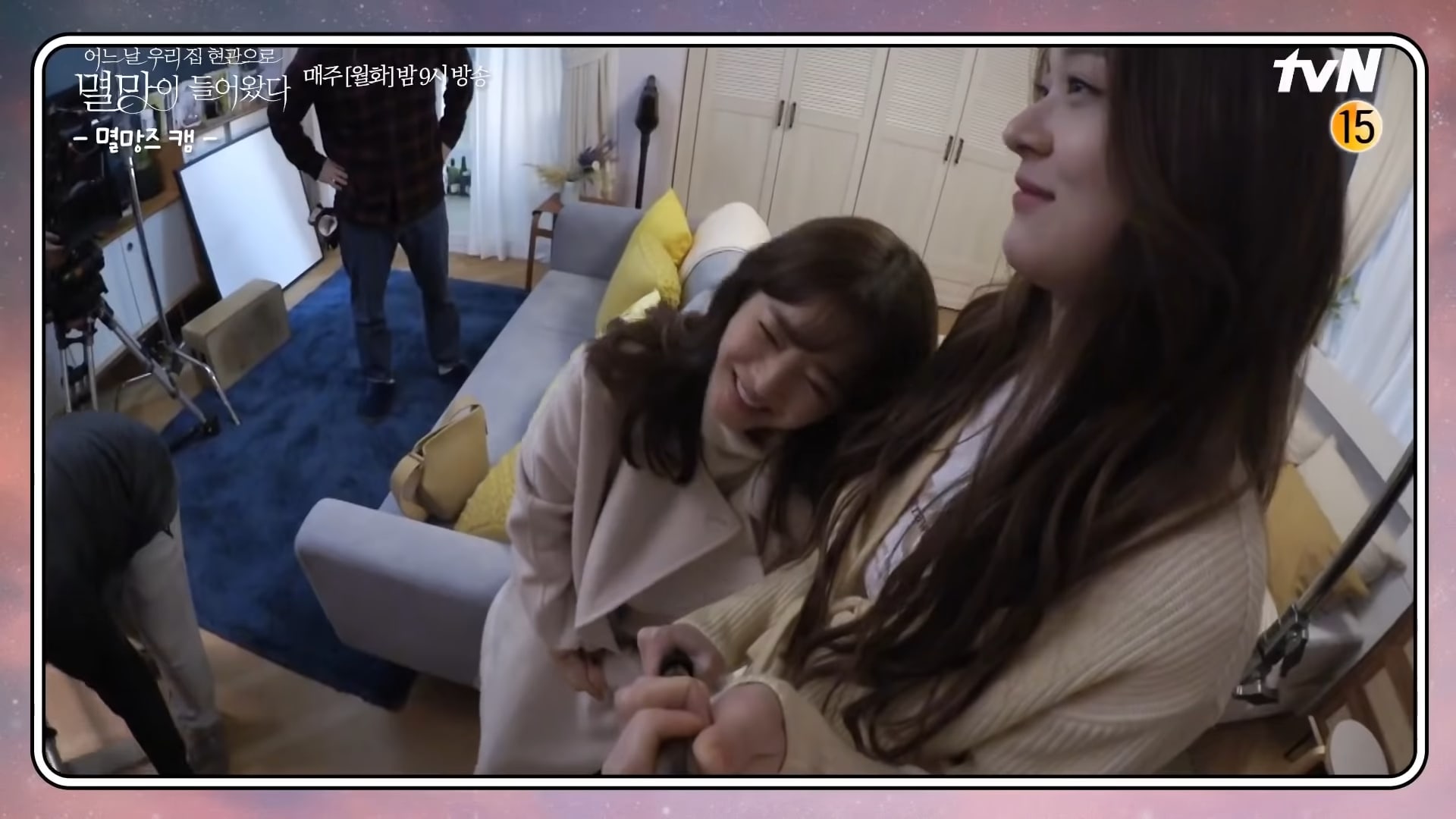 Still in character as Na Ji Na, she explains that she prefers men who are kind and smell nice. She adds, “However, I seem to be drawn to bad guys who ghost me or run away.”

Shin Do Hyun also leaves video messages in character for Lee Soo Hyuk, who plays the leader of the editorial team Cha Joo Ik, and Kang Tae Oh, who plays Cha Joo Ik’s roommate Lee Hyun Kyu. To Lee Soo Hyuk, she says, “You promised you’d help me become a success, but will you actually make it happen? Since you said you’d make me succeed, you have to keep your promise.”

Shin Do Hyun then waves goodbye to the camera as she wraps up the video, asking for viewers’ continued support in the drama. 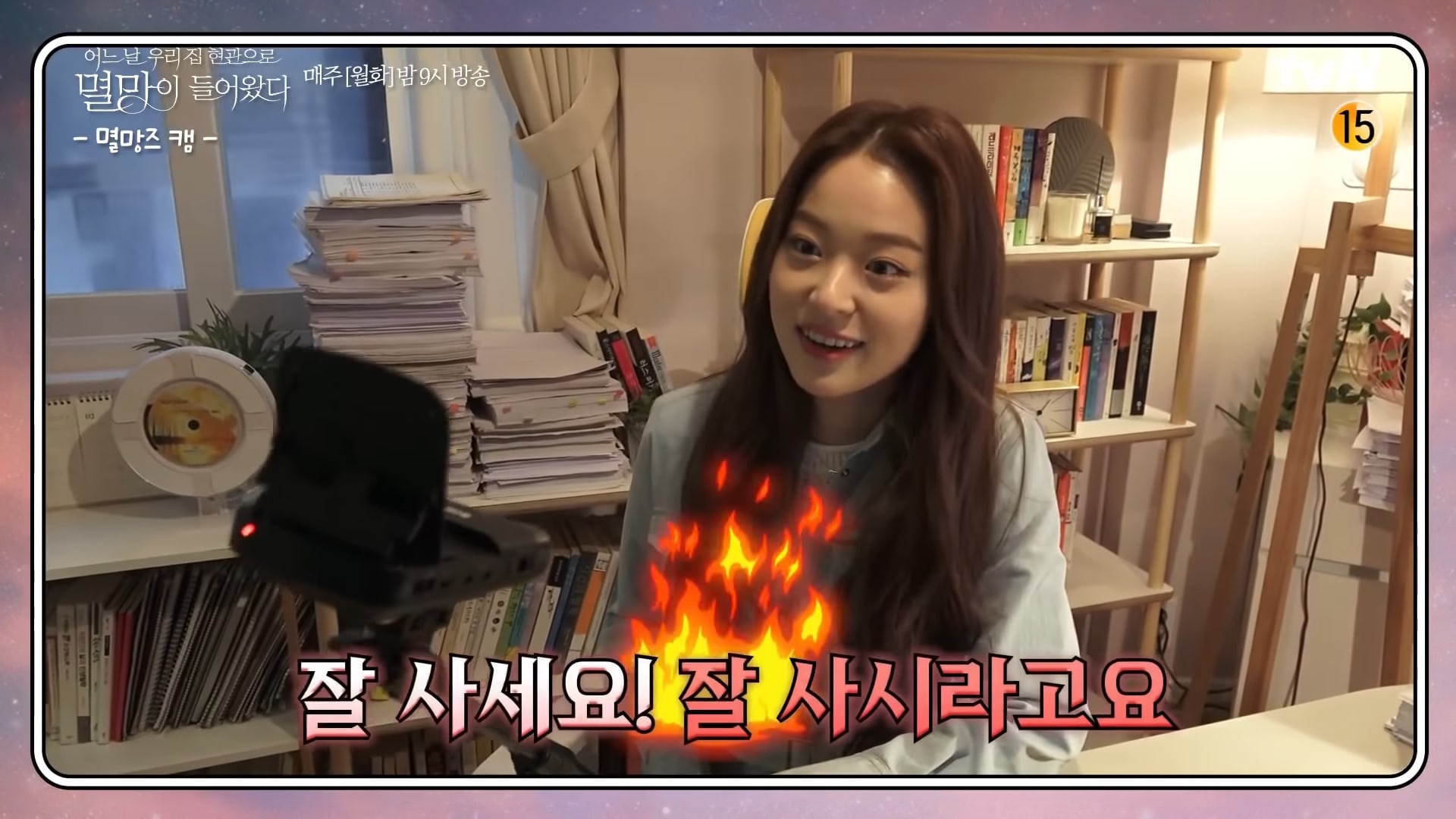 Park Bo Young
Shin Do Hyun
Doom at Your Service
How does this article make you feel?