Shin Min Ah teamed up with fashion magazine Dazed for a stunning pictorial!

In the photos, she shows off her dazzling beauty as she poses in unique shoes from the luxury brand Roger Vivier. 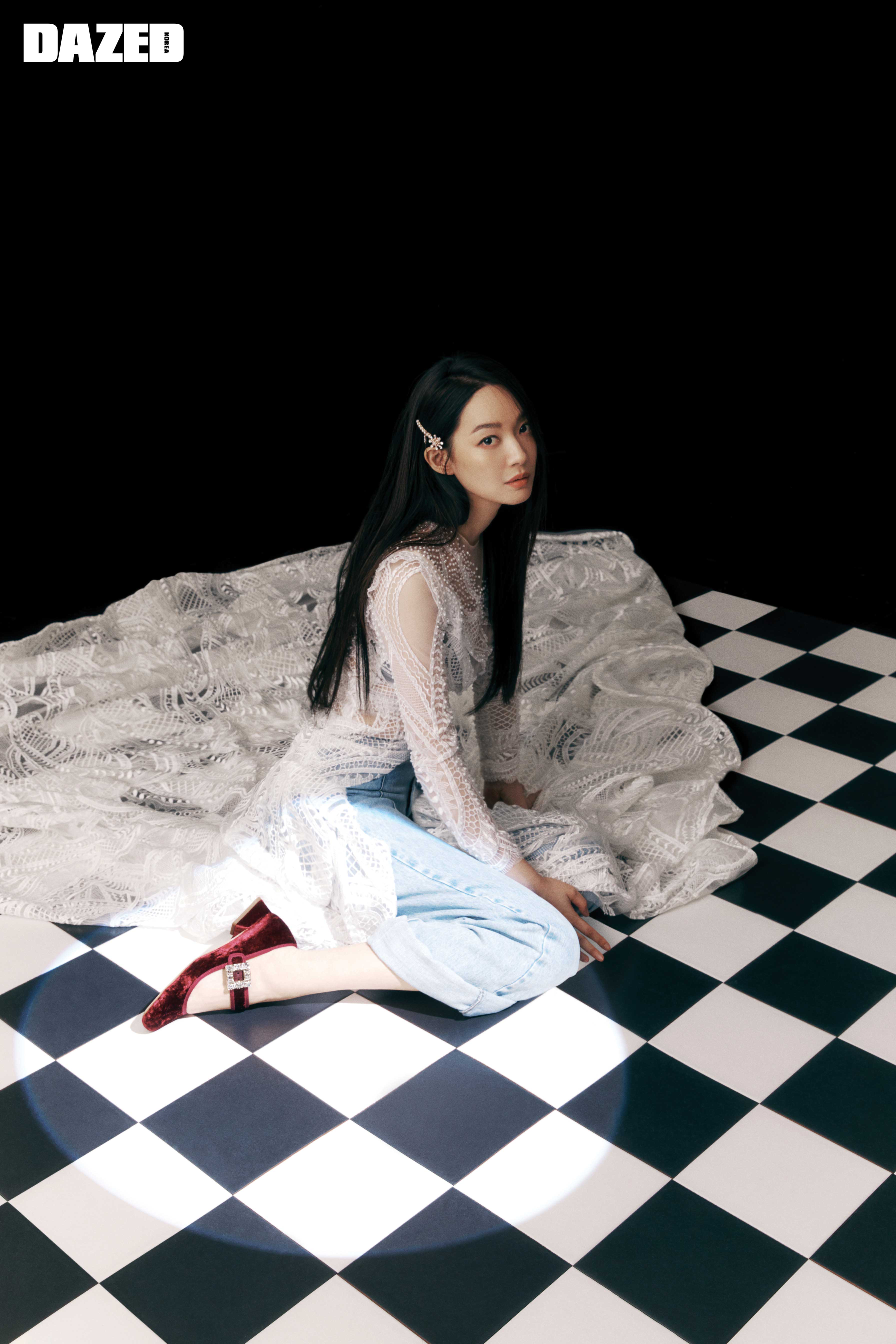 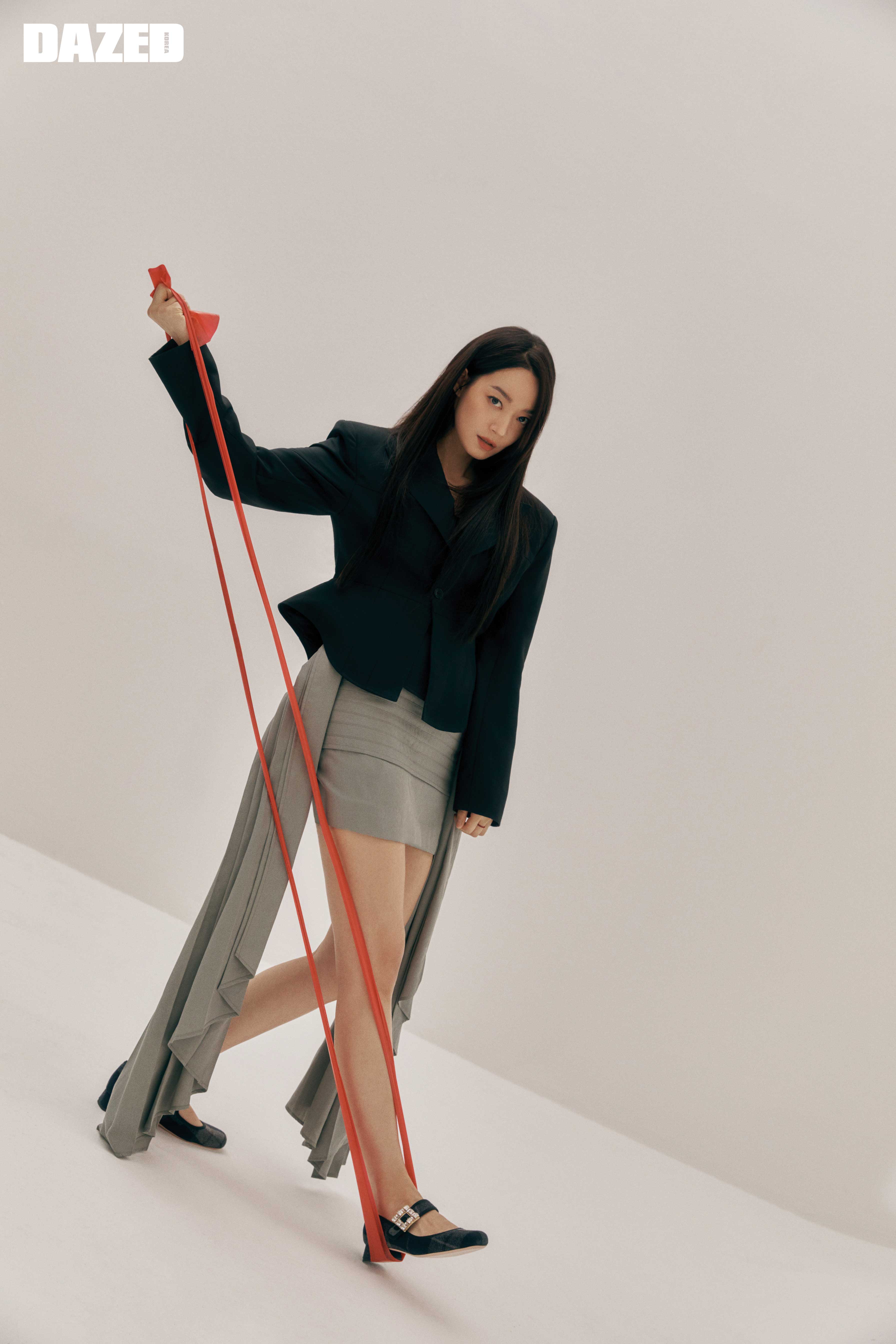 During the interview, Shin Min Ah dished on her collaboration with Roger Vivier. The interviewer mentioned the Mary Jane shoes she wore during the photo shoot that she had designed herself. The actress commented, “I have collaborated with Roger Vivier as more than the commonly called ‘ambassador’ role for the brand. I also participated in video planning, and this time, I actually made the idea of working with the brand to design shoes into a reality. I slightly applied the existing design of Roger Vivier’s Mary Jane shoes.” 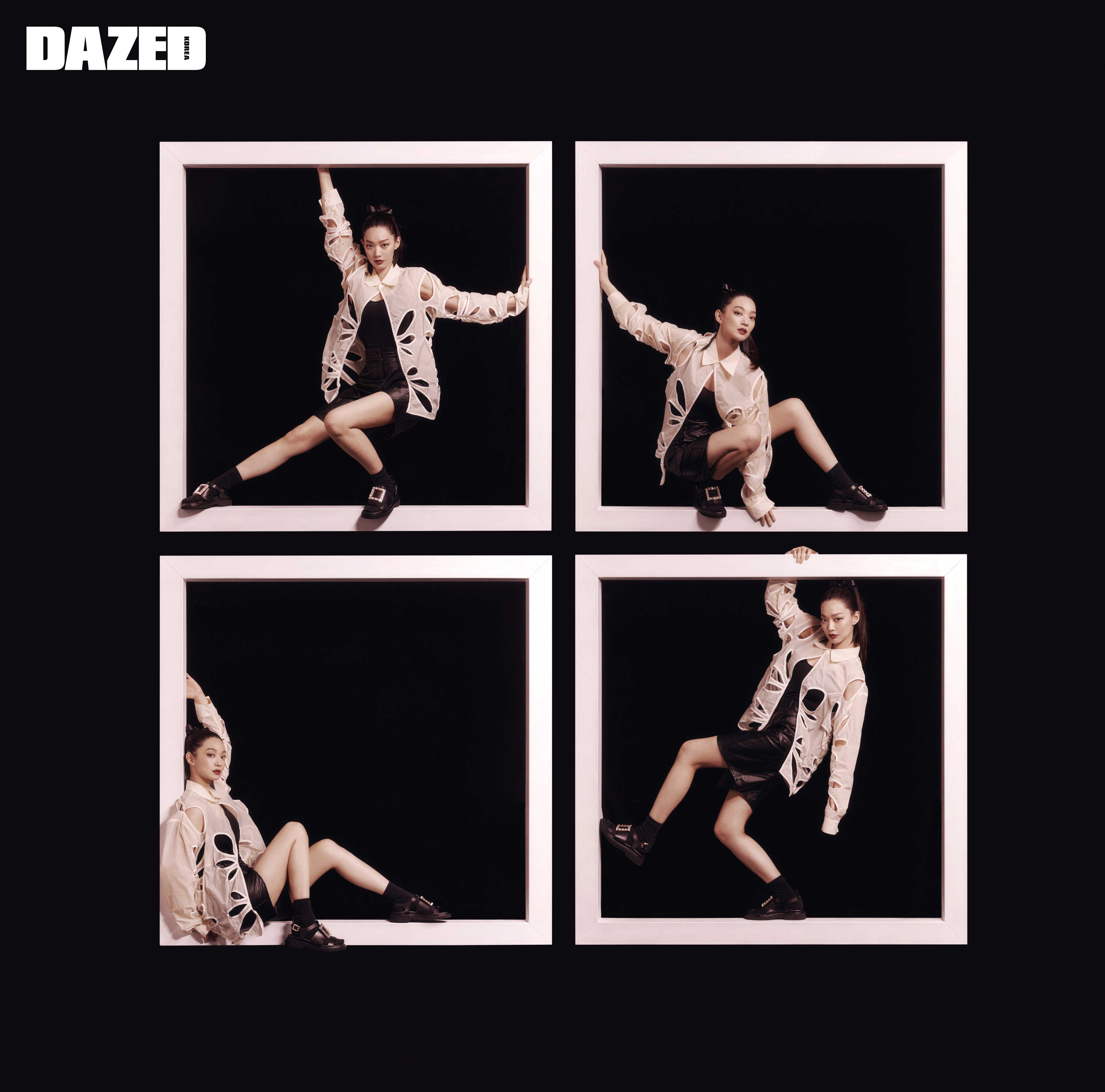 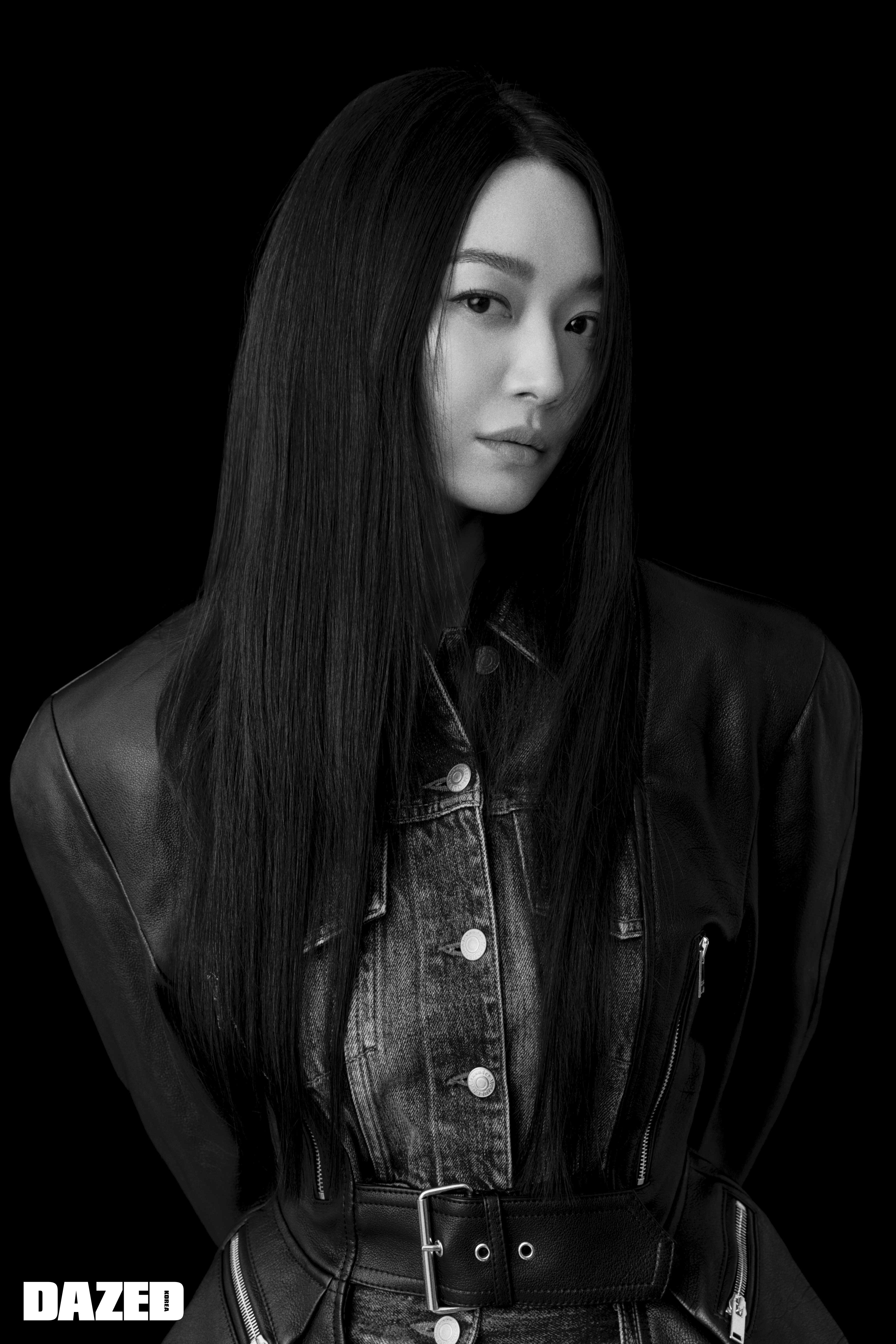 When asked if she wears Roger Vivier’s shoes in real life, Shin Min Ah laughed as she replied, “Of course. They’re the only shoes I wear.”

She explained, “It’s a brand that has a classic and calm identity but is open to any bold attempt. They always take my offers with pleasure. Both Roger Vivier and I share the desire to express emotions that stimulate people’s emotions in each campaign rather than just focus on general advertising.” 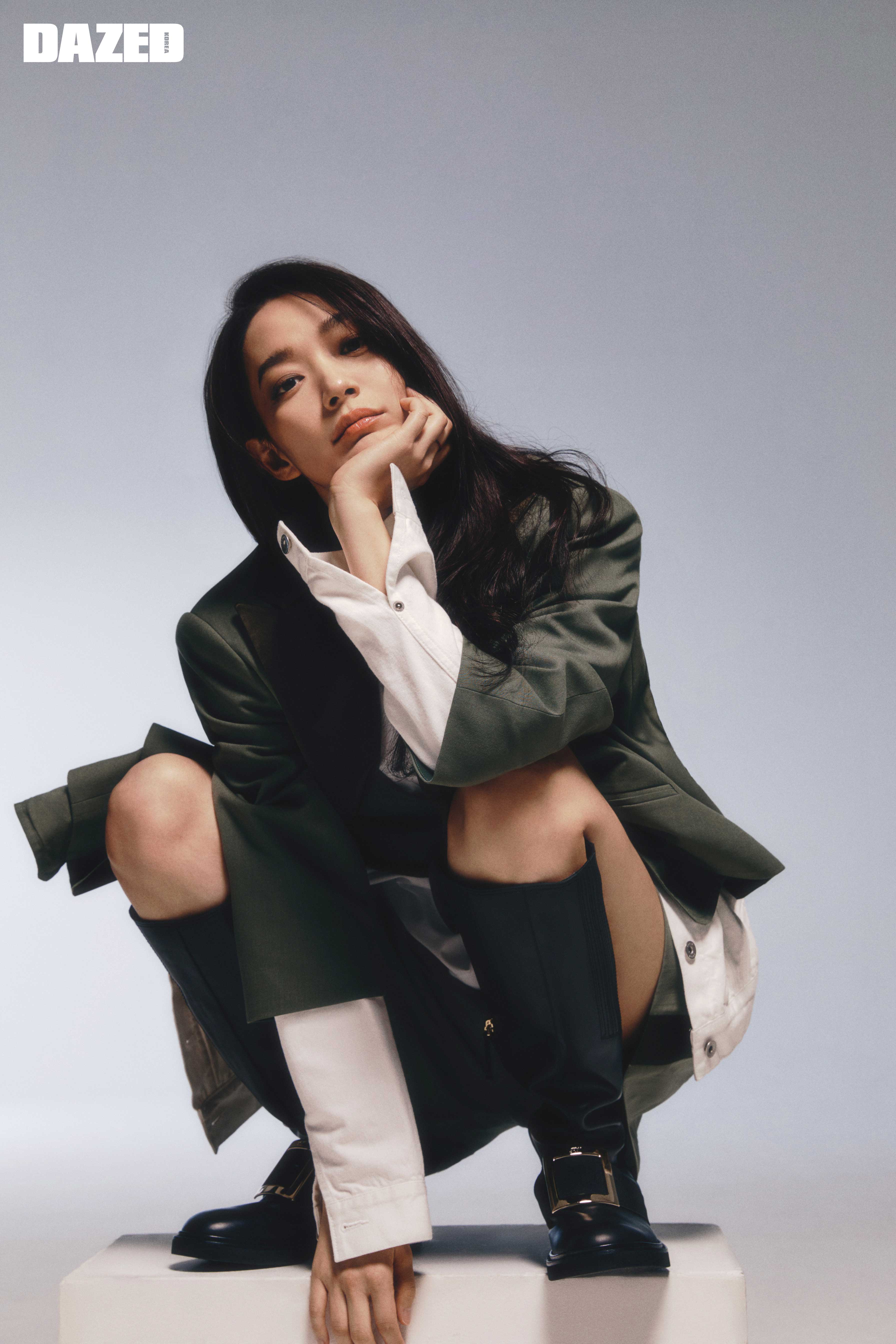 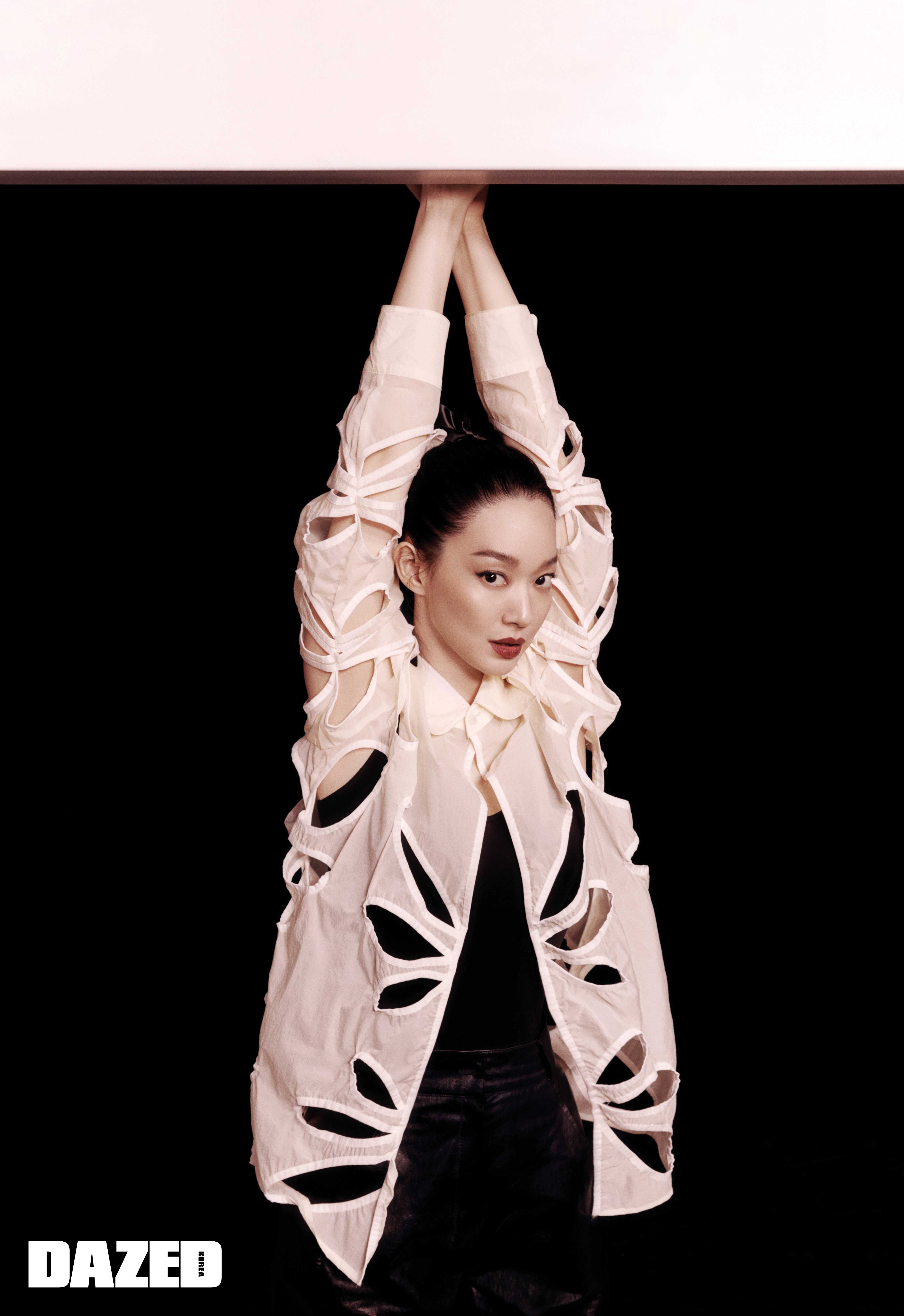 Shin Min Ah is currently preparing for her new role in the tvN drama “Seashore Village ChaChaCha” (literal title) starring Kim Seon Ho and Lee Sang Yi. A remake of the film “Mr. Hong,” the drama is about dentist Yoon Hye Jin and Hong Doo Shik, known as Mr. Hong in the village of Gongjin. Shin Min Ah plays dentist Yoon Hye Jin, a woman who has both beauty and brains. She is bold and lovable but also clumsy at times. Check out the first script reading here!

In the meantime, watch Shin Min Ah in “Tomorrow with You“:

Dazed
Shin Min Ah
How does this article make you feel?