Yoon Sang Hyun’s children got to hang out with 2PM’s Junho and Chansung!

On the June 27 broadcast of KBS 2TV’s “The Return of Superman,” 2PM’s Junho and Chansung visited Yoon Sang Hyun’s family home. Yoon Sang Hyun got married to singer Maybee in 2015, and the couple have three kids together: Na Gyeom, Na On, and Hee Sung.

Chansung previously appeared in the drama “Ms. Temper & Nam Jung Gi” (also known as “My Horrible Boss”) and the film “A Dynamite Family” with Yoon Sang Hyun, both times as his younger brother. He was joined on his visit with Junho, who says his dream is to have a happy family.

As soon as they got there, the 2PM members gave the kids personalized gifts and cotton candy, which immediately caught their interest. The kids warmed up to them very quickly, joking around with the two stars and sharing hugs and laughs. Once sitting in Junho’s lap, Hee Sung even made sure to push their dog away to have Junho all to himself. 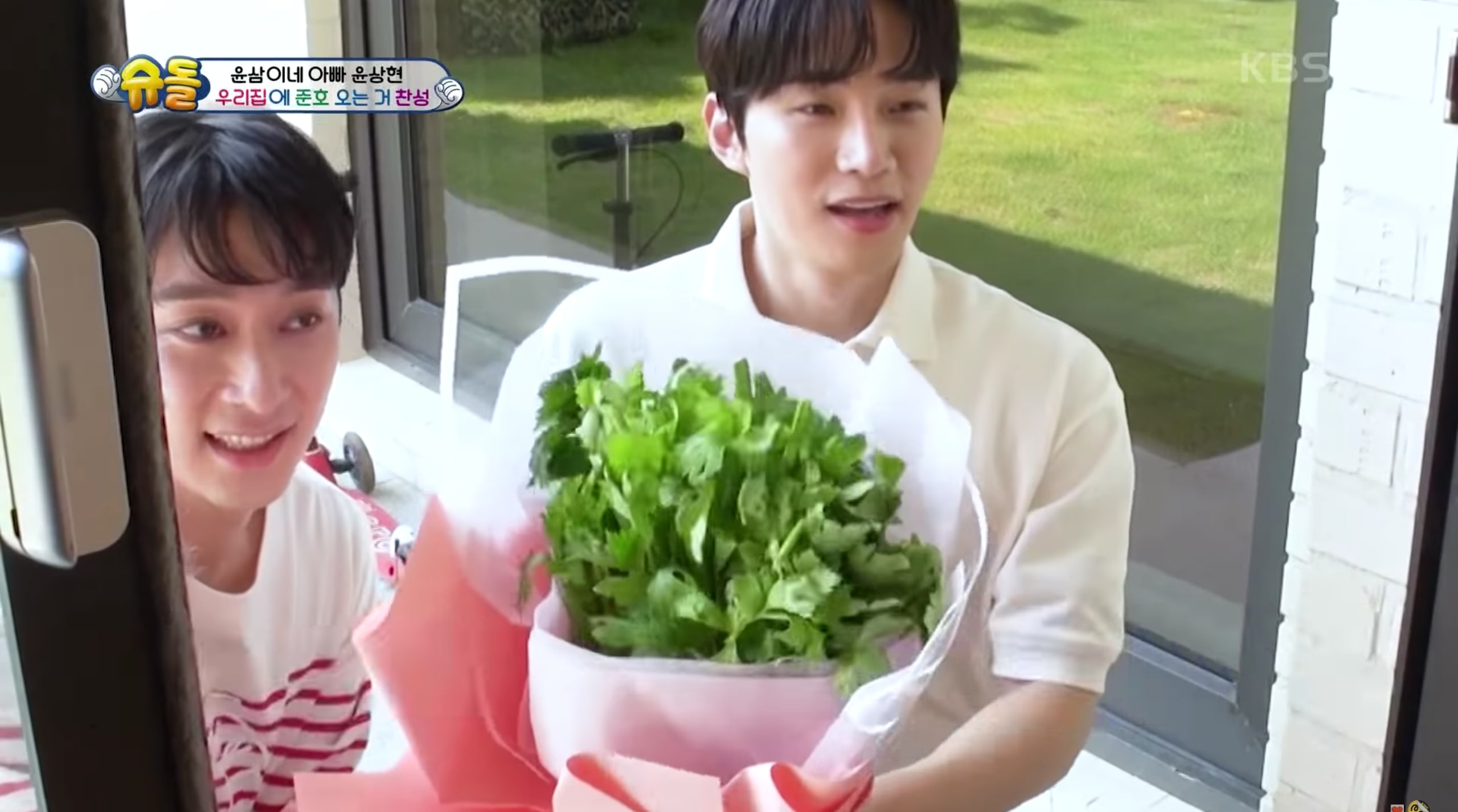 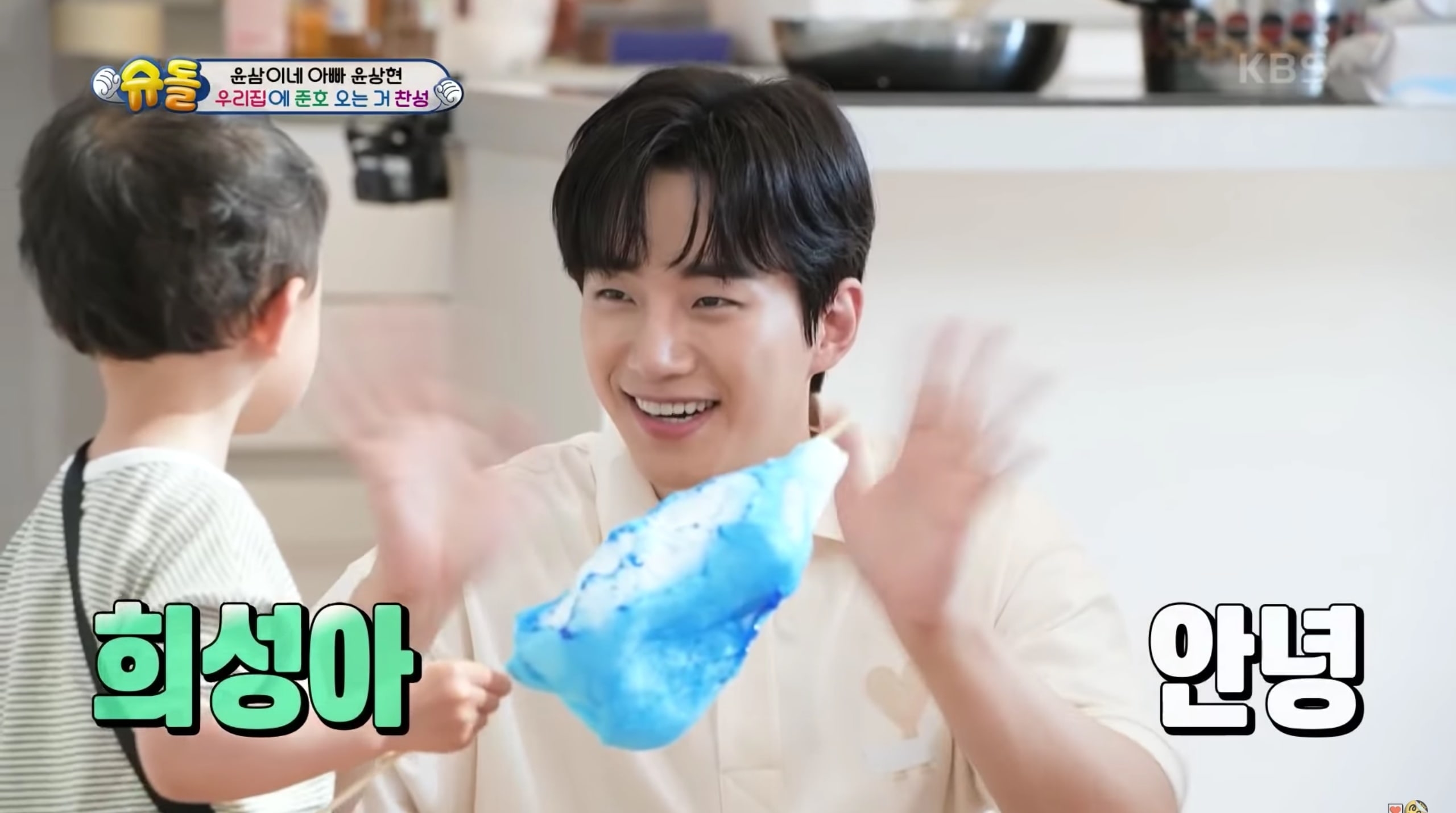 Later, Junho and Chansung explained to the children that they are singers. To prove it, they pulled up a performance clip of “My House” and even went on to showcase a live version.

Hee Sung and Na On impressed by singing along, and Yoon Sang Hyun asked the idols for a quick dance lesson, getting the entire family up and dancing. 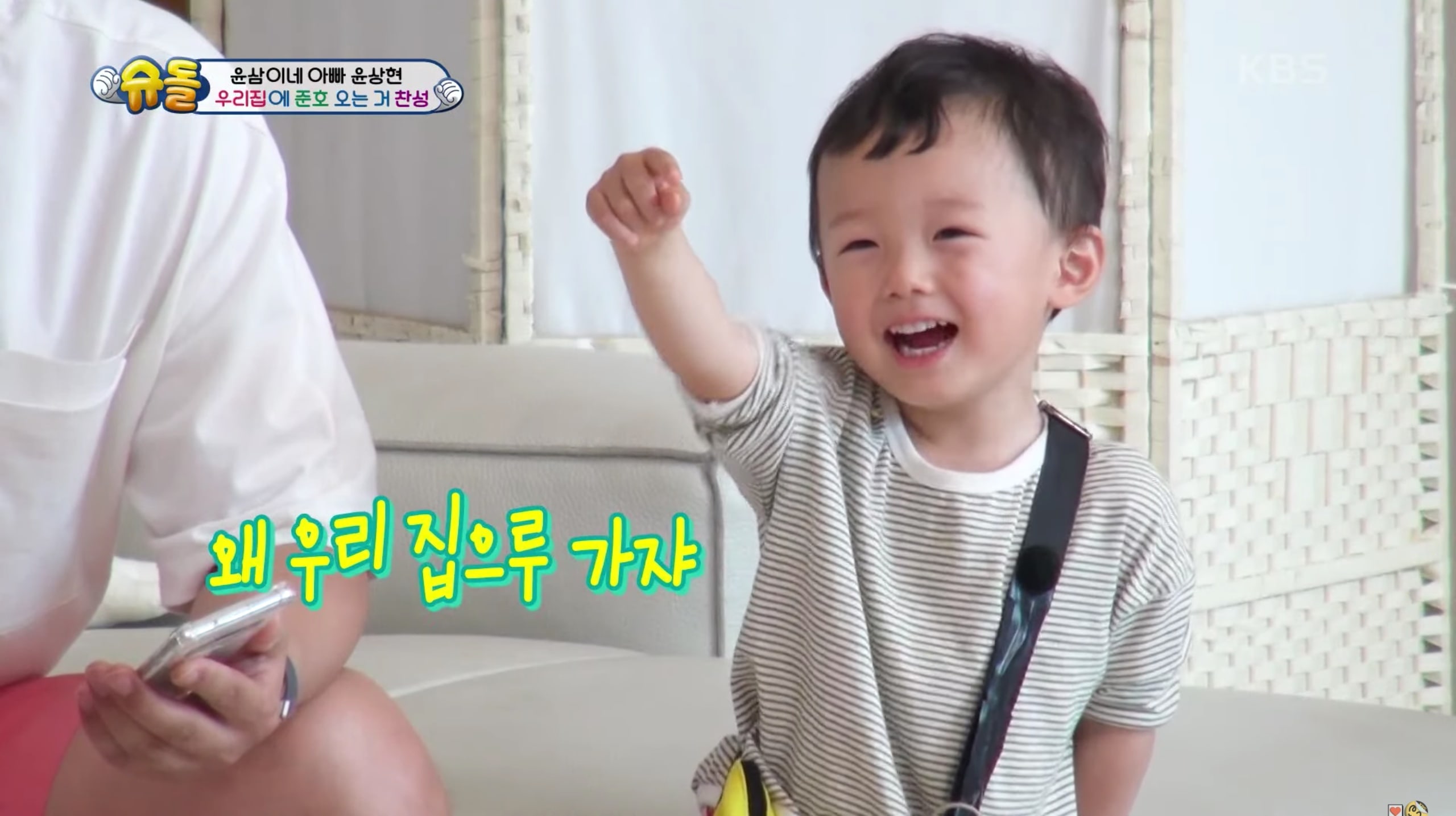 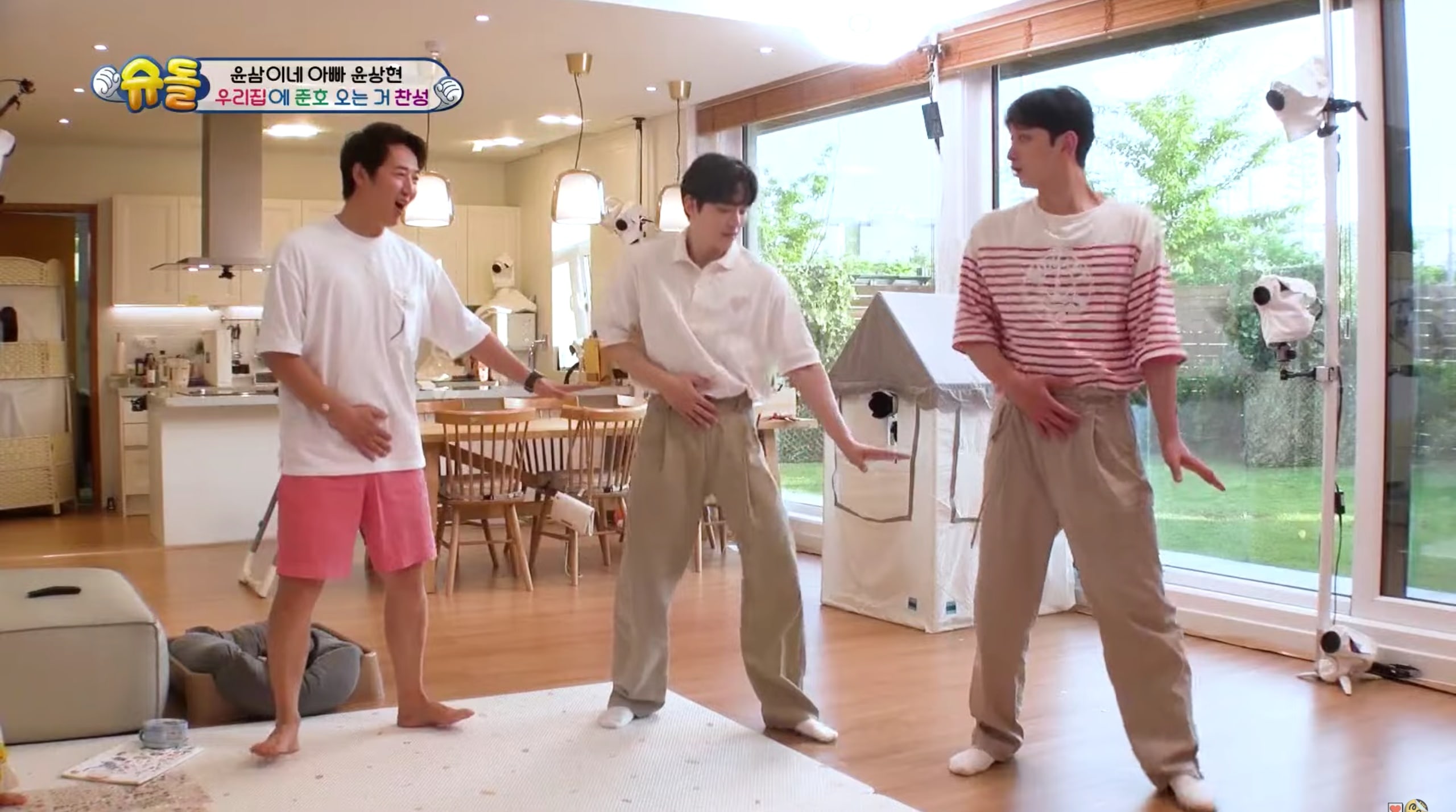 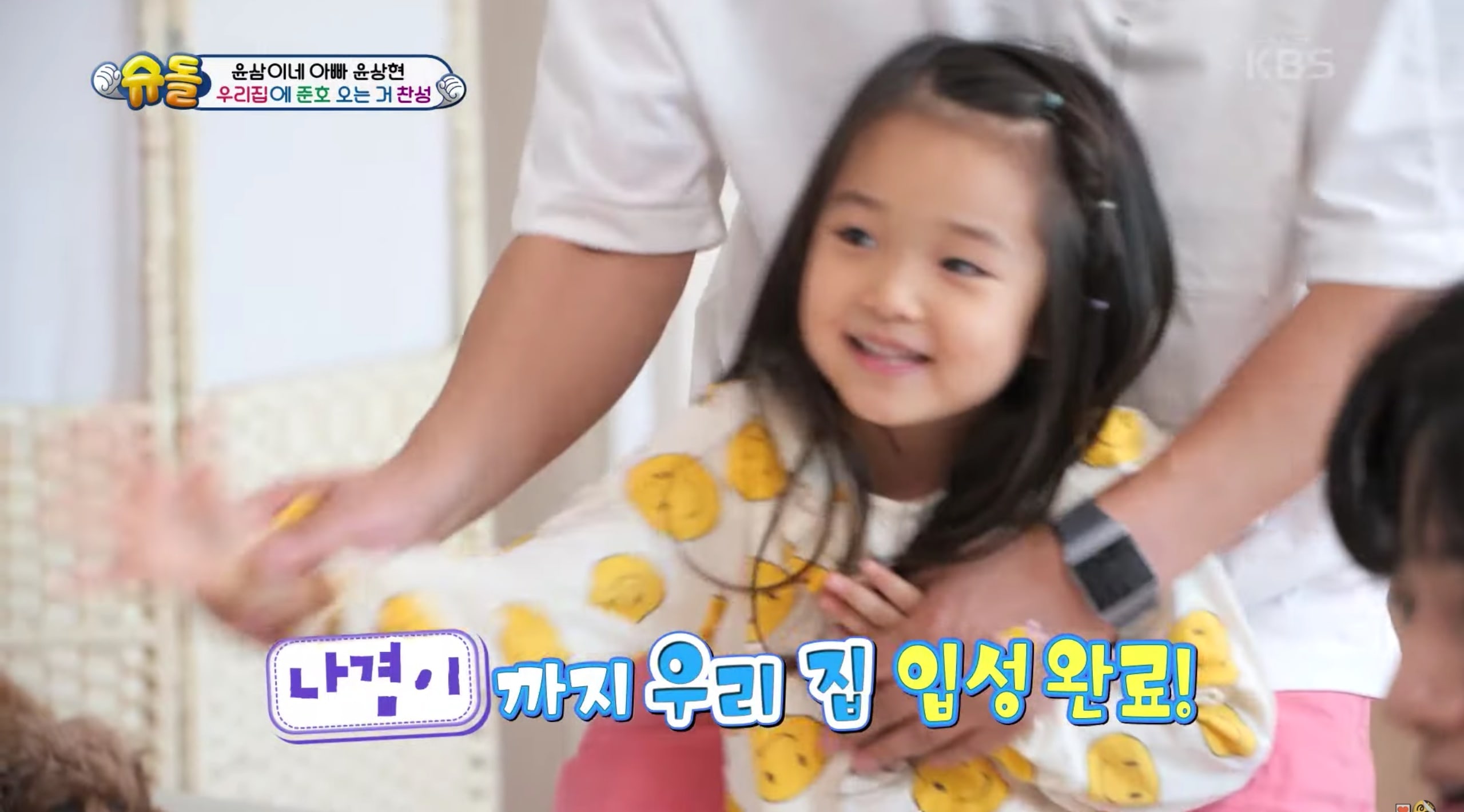 After playing with bubbles outside and enjoying a game of hide-and-seek, the tired bunch sat down for some pasta made by Chansung. Before they ate, Hee Sung spotted a candy ring hidden in Na On’s celery bouquet gift, and the three kids enjoyed a treat before their meal. Junho told them, “If you have candy before you eat, you’re no longer going to want to eat.” Na On responded with a big smile, “But I still want to eat. Last time, I had a snack before I ate, but I still ate my food well.” 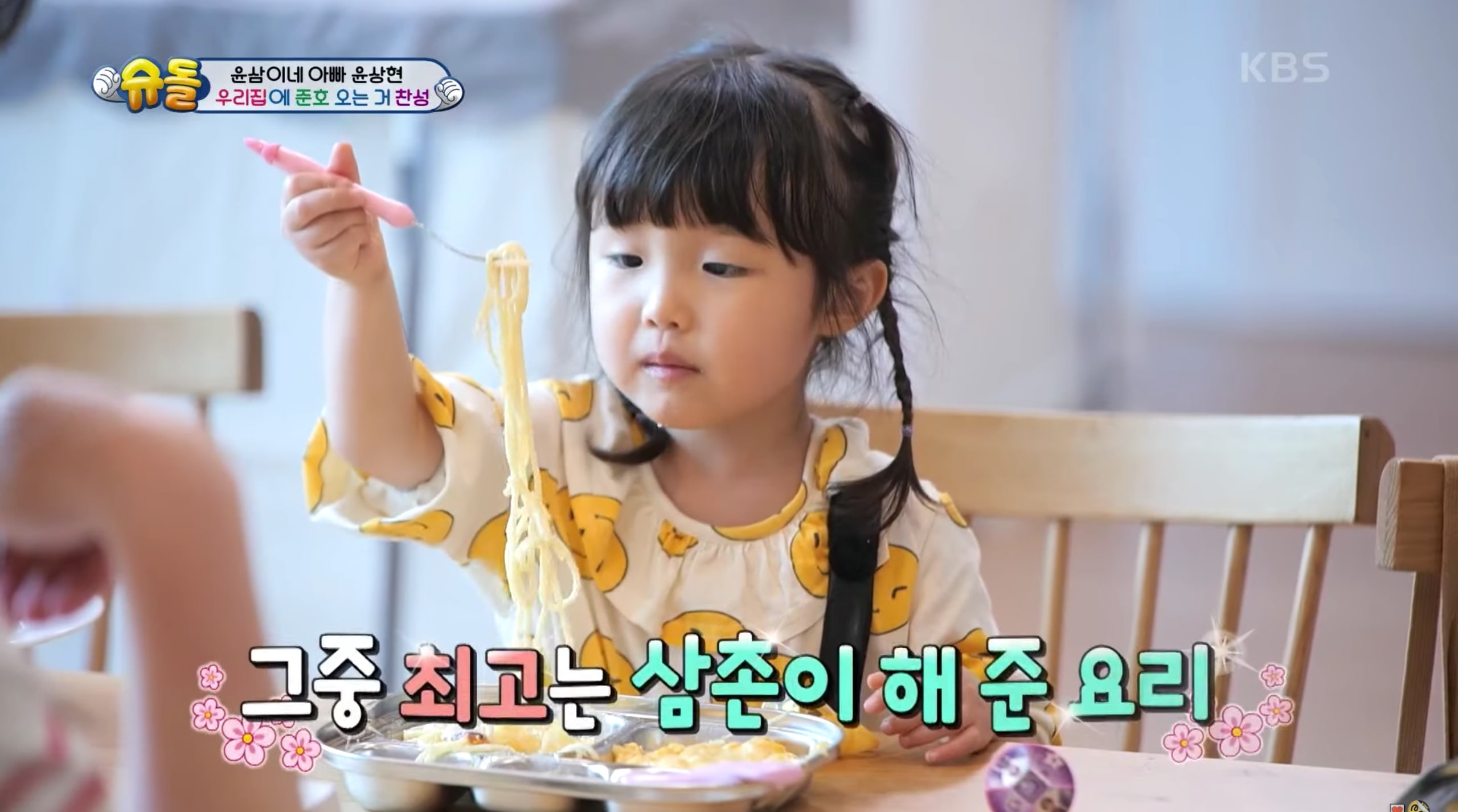 When it was time to say goodbye, Hee Sung made sure to tell Junho “I love you,” and the kids gave both members big hugs. Hee Sung asked, “Uncle, are you going to come back?” and the members promised they would return.

“The Return of Superman” airs every Sunday at 9 p.m. KST. Watch full episodes of the show with subtitles below!

The Return of Superman
2PM
Chansung
Lee Junho
Yoon Sang Hyun
How does this article make you feel?