Ku Hye Sun recently spoke about her return to acting with her self-directed film “Dark Yellow”!

On July 11, there was a special screening and press conference for “Dark Yellow” at the 25th Bucheon International Fantastic Film Festival (BIFAN). Ku Hye Sun appeared as both the starring actress and the film’s director and was joined by her co-stars Ahn Seo Hyun, Yeon Jae Hwan, and Yoon Hyuk Jin. 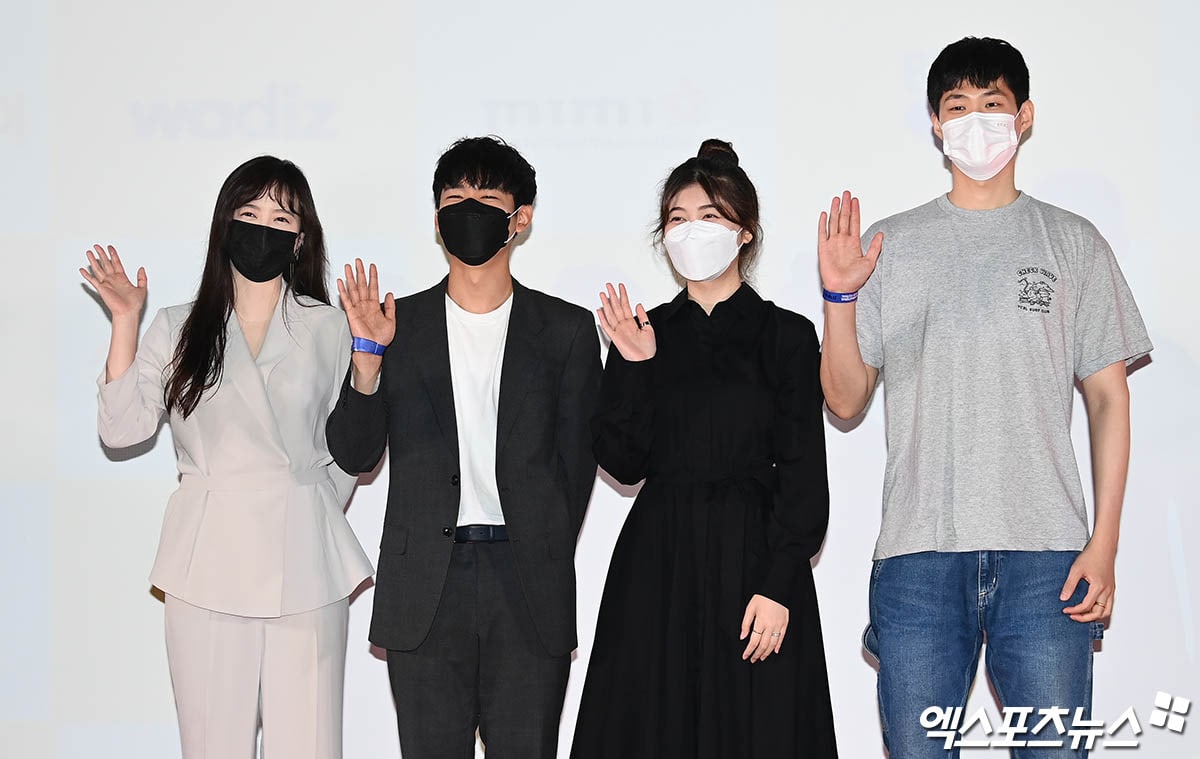 Written by Ku Hye Sun, “Dark Yellow” is her ninth project as a director and her first movie role since the 2017 short film “Father’s Sword.” The film is about a woman who works in a yellow flower shop and what happens when a strange man takes an interest in her and starts to invade her private space. It depicts female power through the color yellow and deals with the perspectives and attitudes of men who hate or ignore women.

Ku Hye Sun commented, “The reason I made the film through this perspective was because I thought it’d be helpful to understand both men and women.” She explained, “Growing up as a woman, I thought, ‘What is there that makes me unequal with men?’ After puberty, my physical strength didn’t improve, but men grew stronger. I think I developed fear and a sense of inferiority at the same time.”

She continued, “Rather than wanting to purposefully make a women’s film, I portrayed the perspective that women inevitably have. By making this movie, I wanted to understand both women and men.” She also said, “I had to speak about the self-hatred we have because we’re women. Instead of slandering others, we just blame ourselves, and I thought it was necessary to depict that.”

Ku Hye Sun’s co-stars also spoke about her work as a director. Ahn Seo Hyun commented, “The director [Ku Hye Sun] I met during our meeting felt like a neighborhood unnie. She was friendly and easy to talk to. It felt like having a friend. On set, her image as a director was much more professional, and she was always busy given how many positions she had. I saw her running around. I felt that she’s coolest when doing her own work.”

Yeon Je Hwan also shared, “Since she’s both an actress and a director, she definitely understood the actors’ perspectives more. She also offered solutions to my concerns in a friendly way. When I inquired about the direction, she would answer me kindly so I really liked that.” Yoon Hyuk Jin remarked, “I just saw her on TV as a celebrity, but when I read the script, it was so systematic, and I was surprised at how well it was written. I thought that she was also a professional person on set.”

Ku Hye Sun
XPN
How does this article make you feel?