While chatting over a meal, the stars began asking each other about their first kisses. Choi Jin Hyuk revealed, “Mine was around my junior year of high school. I think it was in front of an apartment complex.”

Meanwhile, Tak Jae Hoon shared, “Mine was in my second year of middle school. There were no street lights, so I couldn’t even tell where her lips were.”

Heechul then jokingly teased Kim Jong Kook, “Jong Kook, you haven’t had your first kiss yet, right? I bet you only kiss [the barbell] when you’re doing bench presses.” 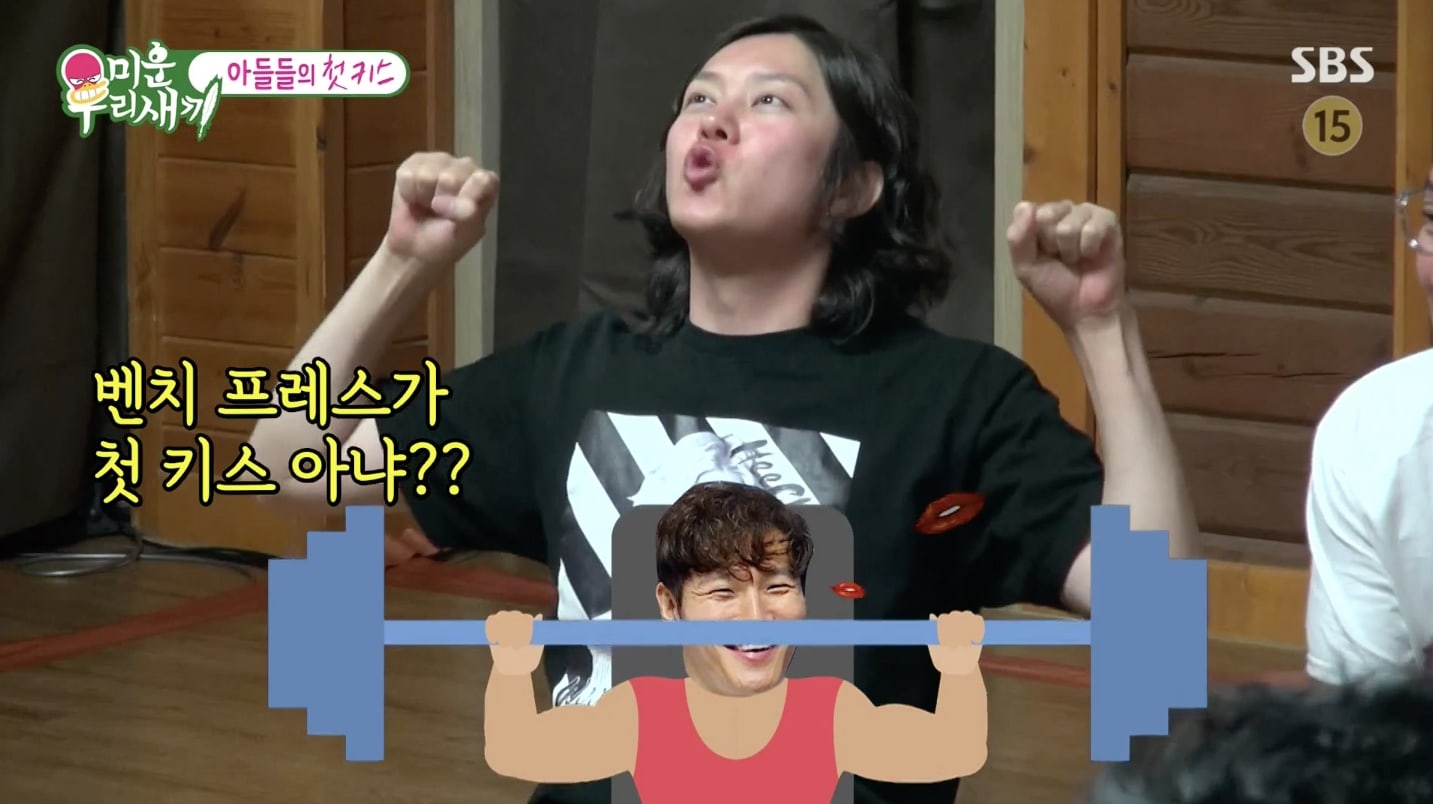 After everyone cracked up, Kim Jong Kook replied, “My first kiss was at a playground. I think it was my senior year of high school. I was walking my girlfriend to the station, and there was a playground on our way there. I think it happened while we were sitting on a seesaw.”

When pressed for more details, he added, “We were both sitting on the part of the seesaw that was lowered to the ground.” 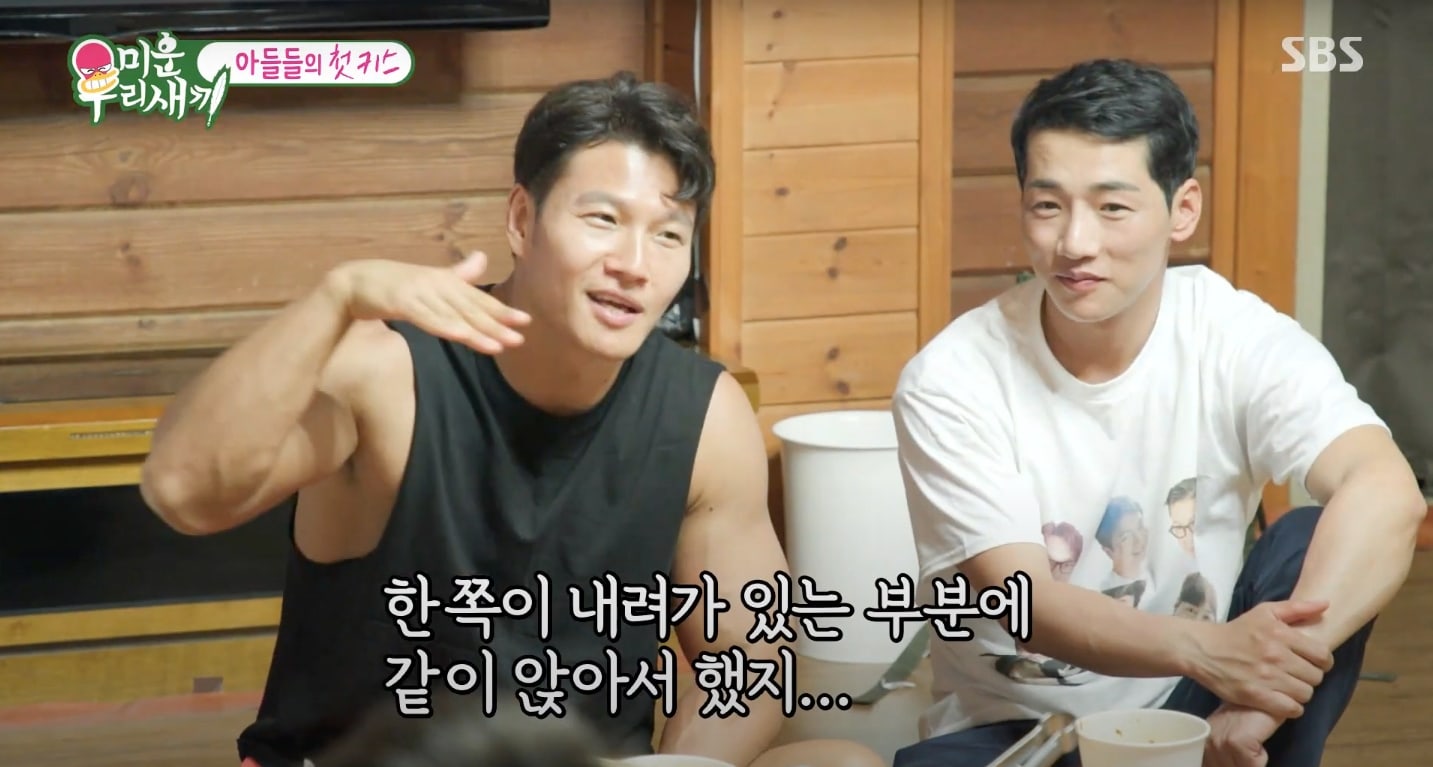