Ga Doo Shim is able to see and hear things that other people can’t, but she rejects the life of a shaman. She is the third generation to have these supernatural abilities, as both her mother (Bae Hae Sun) and her grandmother (Yoon Seok Hwa) are shamans.

Ga Doo Shim’s grandmother, Myo Shim, is a justice-oriented person who believes in using her special abilities to help victims who are suffering from ghosts. She is a powerful shaman and has a great deal of affection and faith in her granddaughter. Ga Doo Shim’s mother, Hyo Shim, is more business-oriented than spirit-oriented and manages the shaman and fortune-telling service. She is a practical person who uses her family’s abilities to make a living and often clashes with her daughter because they have very different personalities.

In the new stills, Ga Doo Shim wears her school uniform and looks resolutely ordinary despite standing in the middle of her family’s fortune-telling business. Her mother is dressed in flashy hanbok, but Ga Doo Shim looks like she wants nothing more than to get out of there as soon as possible. 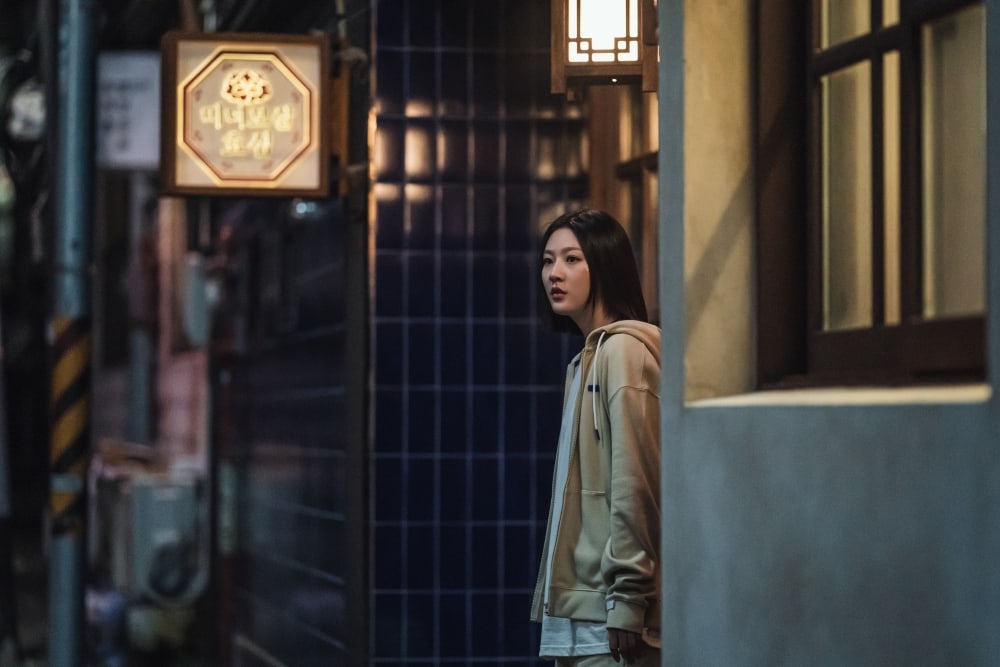 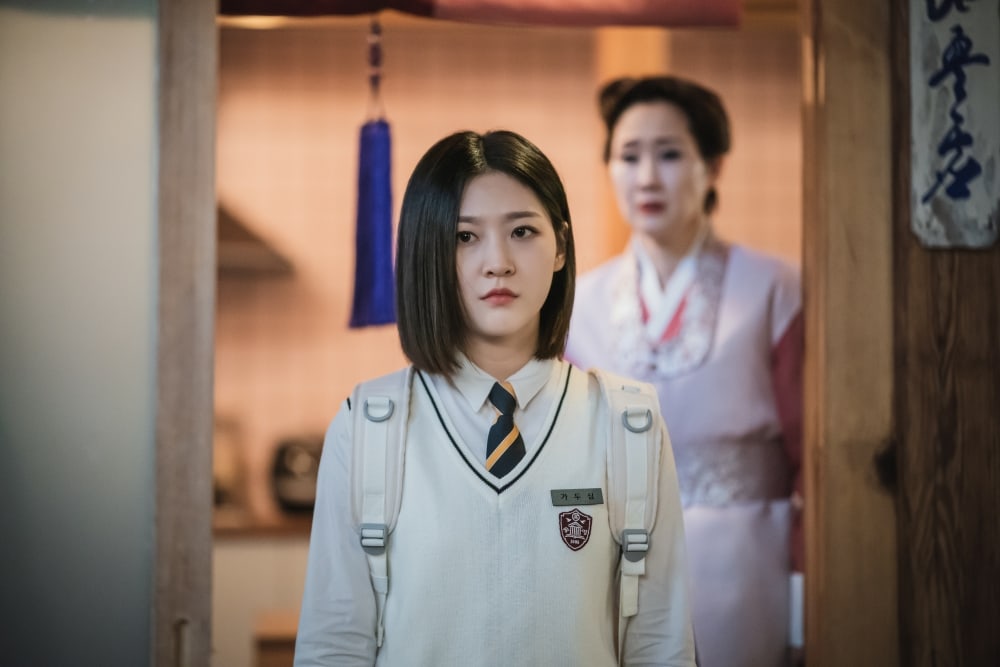