In one set of stills, Do Bang Min (Lee Kyu Hyung) is being interrogated by Derek Jo (Song Seung Heon) and Kang Kwon Joo (Lee Ha Na) at the police station. Do Bang Min is suspected to be a serial killer with dissociative identity disorder, and in the interrogation, he finds it difficult to grasp the crimes that his other identities have committed.

The production staff stated, “There will be some excitement this summer night with a shocking twist about one of Dong Bang Min’s most dangerous personalities.” 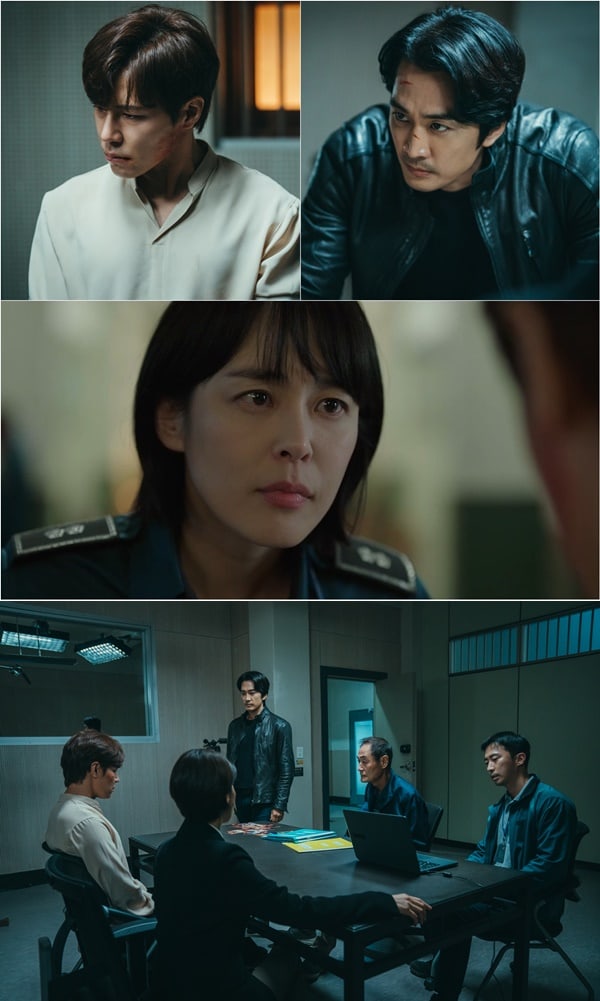 Another set of stills shows a similar standoff between the same characters but a very different situation. In the interrogation, Derek Jo and Kang Kwon Joo were in control, but this time Dong Bang Min looks like the master of the situation with his dark aura, facing down their weapons with cold indifference. On the other hand, Derek Jo and Kang Kwon Joo look determined to put down this threat once and for all.