Watch: Park Ji Hoon, Kang Min Ah, And Bae In Hyuk Enjoy Their Final Day Of Filming “At A Distance Spring Is Green”

The main cast of “At a Distance Spring is Green” are inseparable on their last day of filming in a new behind-the-scenes video!

Starring Park Ji Hoon, Kang Min Ah, and Bae In Hyuk, “At a Distance Spring is Green” is a college campus drama about the realistic concerns and love lives of university students. The drama came to a conclusion last month with steady ratings.

In the video, Kang Min Ah invites Park Ji Hoon for an interview on the drama set. Park Ji Hoon laughs when he realizes that only their mouths are appearing on the camera, and Kang Min Ah readjusts the angle before beginning her interview. Park Ji Hoon kicks off the interview by describing the complicated emotions he feels while wrapping up the drama.

Kang Min Ah asks him what the most difficult scene was, and Park Ji Hoon selects the scene with his on-screen father, played by Kim Hyung Muk. When Kang Min Ah mentions that she hasn’t seen that scene yet, Park Ji Hoon tells her to watch the broadcast to find out. Playing along, Kang Min Ah jokes, “Isn’t Kang Min Ah in this drama too? I really like her so I really want to see her.” As for the scenes she thinks were the hardest, she answers that the scenes from the first two episodes were difficult due to the emotions felt by the characters.

The pair then talk about how much fun it was seeing a mole on set, with Kang Min Ah diving into detail describing how she and Bae In Hyuk discovered the mole and called Park Ji Hoon over to see it. Park Ji Hoon then leaves a message for the mole to express his regret for bothering it and also his wish to see it again. 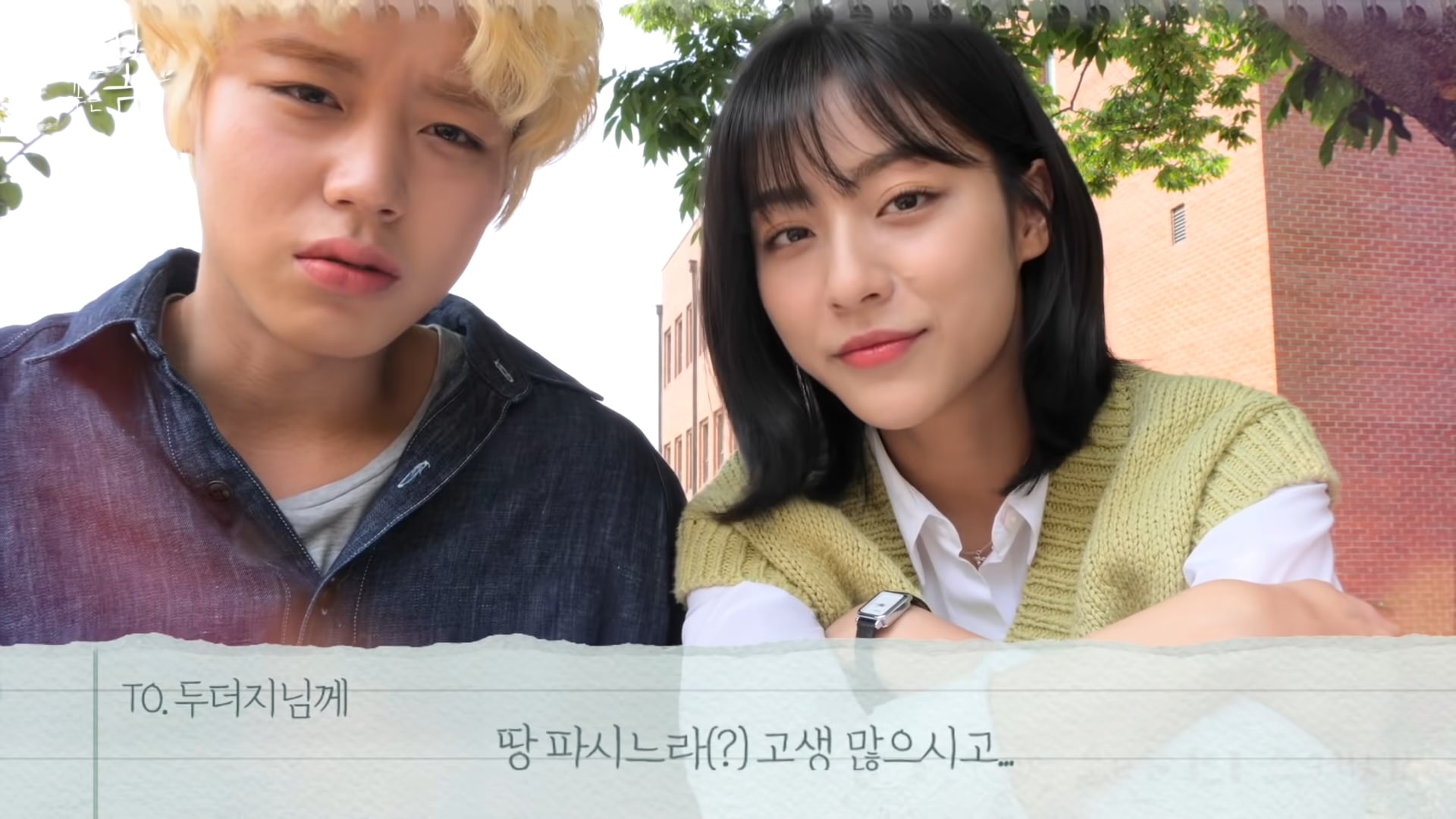 Park Ji Hoon and Kang Min Ah also discuss his character’s nickname “Yeo Fox.” Kang Min Ah talks about how the name suits him, adding, “I want to grab his face and squish it like this!” Her extreme reaction makes Park Ji Hoon laugh as he points out how she’s fangirling. Kang Min Ah acknowledges his observation and suggests that the viewers would feel the same way. 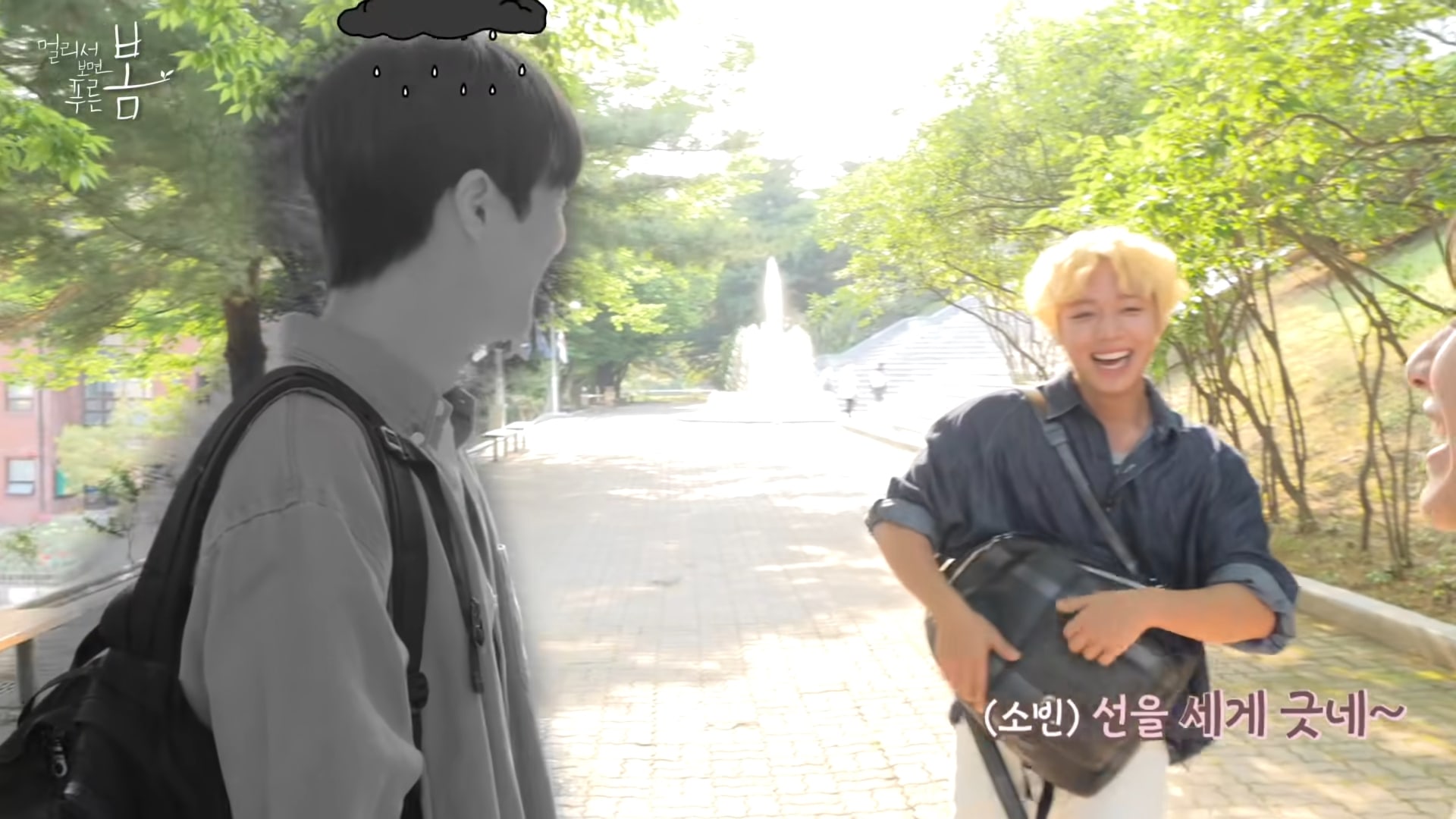 The trio also discuss whether or not they will cry after their final scene. Kang Min Ah asks Park Ji Hoon to hold back his tears until his taxi scene, which is his final solo scene. Park Ji Hoon mentions, “I get choked up when I see others cry,” which leads Bae In Hyuk to retort, “Are we just ‘others’ to you?” Park Ji Hoon backpedals, hastily explaining, “I mean there’s you two, and then there’s ‘others.'”

When they begin to say their goodbyes, Park Ji Hoon and Bae In Hyuk walk together in one direction. When Kang Min Ah calls out to them, Park Ji Hoon explains, “The car is parked this way.” Kang Min Ah then pretends to cry and grabs some tree leaves to wipe away her fake tears. They wrap up the video amicably as Kang Min Ah grabs their hands and walks down the road between them, conjuring up a scene where they leap excitedly towards the setting sun.