Soyul Reveals Her Family’s Plans For A Second Child

Soyul recently revealed her family’s plans for a second child!

On the August 17 broadcast of JTBC’s “Haebang Town,” Soyul appeared as a guest with Baek Ji Young. “Haebang Town” is a program that offers married celebrities the opportunity to rent a house where they can spend time alone and return to their personal daily routines while trying out new things.

This episode featured Baek Ji Young’s second day since moving in, where she prepared a healthy meal of ginseng chicken soup for her special guest. The guest turned out to be none other than Crayon Pop’s Soyul. Soyul married Moon Hee Jun in February 2017 and the couple welcomed their daughter JamJam (whose real name is Moon Hee Yul) in May 2017.

Baek Ji Young explained, “I met Soyul on a program called ‘Miss Baek‘ and we got close. Soyul’s daughter JamJam is 5 years old [Korean age] and so is my daughter Ha Im, so we go to kids’ cafe’s together and are close.” 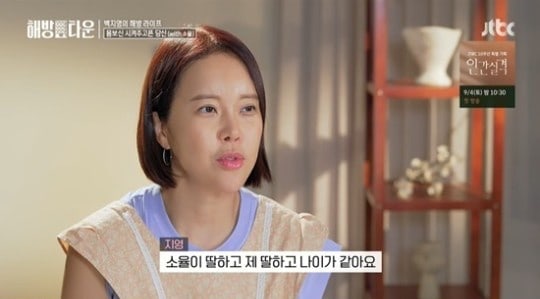 While eating, the two began discussing how Soyul got married at the comparatively young age of 27 [Korean age] while Baek Ji Young got married at 38 years old. Baek Ji Young expressed her jealousy of Soyul, who responded, “I’m more jealous of you. I’m jealous that you got to do more of what you wanted to do and were able to build more experience.”

Baek Ji Young also made the surprising confession that she wants two more kids and Soyul chimed in, “Babies are so cute. We have plans for a second child so my husband and I have been trying really hard.” 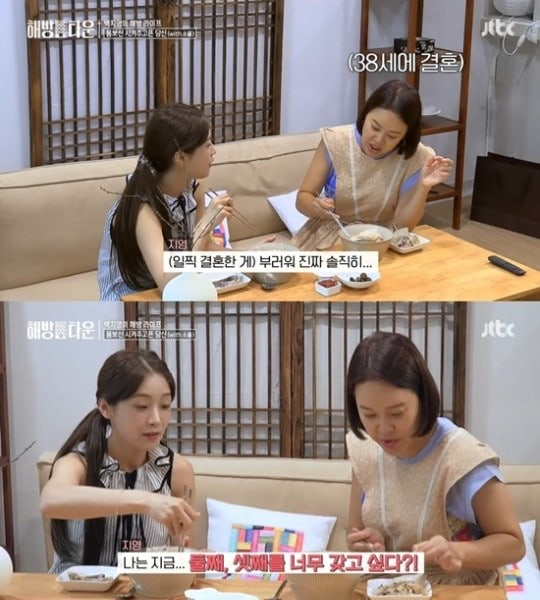 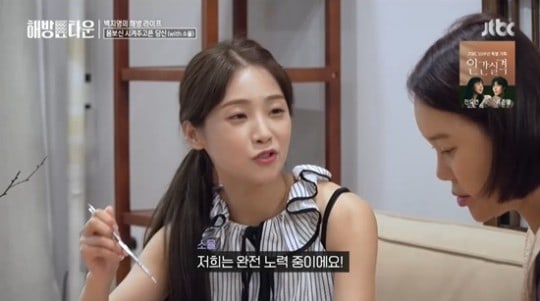 Later, Soyul surprised Baek Ji Young by revealing, “I’ve never set things out nicely and sat down for a meal like this. I’m not the type to stay still so I do other things and don’t just sit at the dinner table.”

Soyul
Baek Ji Young
Crayon Pop
How does this article make you feel?