The upcoming Incheon K-Pop Concert will be held on September 25 and be broadcast live through the concert’s official website, YouTube channel The K-POP, Naver V LIVE, and the U+ Idol Live app. Similar to last year, the INK concert will be streamed online due to COVID-19.

Having started in 2009, this will be the 12th Incheon K-Pop Concert to take place. This year, NCT’s Jeno and fromis_9’s Baek Ji Heon will be hosting the concert, and the performer lineup consists of NCT 127, aespa, THE BOYZ, fromis_9, EVERGLOW, STAYC, ONF, WOODZ, CIX, CRAVITY, and EPEX. 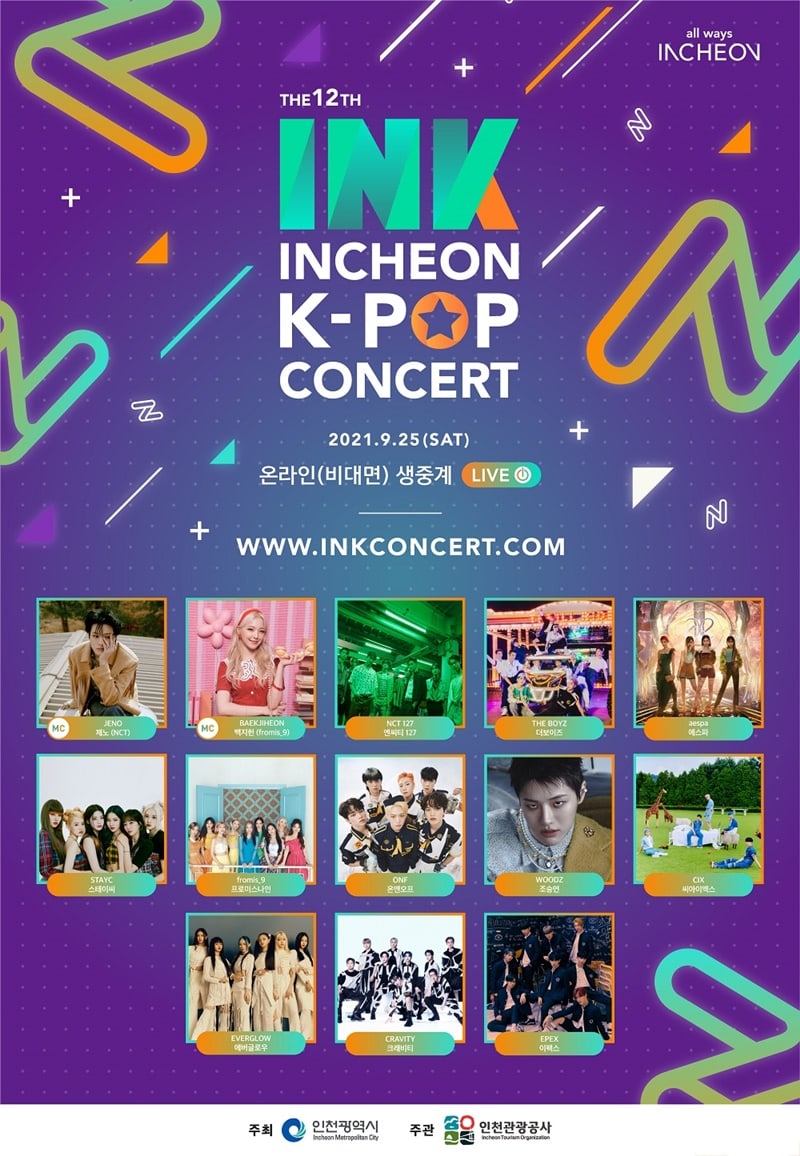 There will be a program taking place before the concert that showcases Incheon’s various charms and major tourist locations through XR (extended reality) technology. K-pop celebrities will personally introduce these tourist spots and have special performances there, allowing K-pop fans from all over the globe to travel across Incheon together. Other events have been prepared for the artists to communicate with global fans and to promote Incheon tourism.

The 12th annual Incheon K-Pop Concert will take place on September 25 at 7 p.m. KST. More details about the concert can be found on the concert’s webpage here!