tvN’s “High Class” has revealed new stills ahead of the next episode!

“High Class” is a mystery drama set at an ultra-luxurious international school located on an island paradise. Jo Yeo Jeong stars as Song Yeo Wool, a successful lawyer who loses everything when she is framed for her husband’s murder. She unexpectedly begins to unravel the mystery behind her husband’s death when the mother of one of her son’s classmates turns out to be her late husband’s mistress.

In the previous episode, the conflict between Song Yeo Wool and Nam Ji Sun (Kim Ji Soo) grew bigger. Nam Ji Sun was determined to drive her out of the international school, but Song Yeo Wool refused to budge. Viewers are curious about what will happen as tension increases between the two enemies.

New stills show Song Yeo Wool attending a parents’ meeting at the international school. She is at the center of attention, and yet, she’s not frightened at all. In fact, her eyes are firm, and her expression is cool. She exudes the powerful force of a lawyer.

Nam Ji Sun exudes an icy aura as she raises a hand with a grave look on her face, while Cha Do Young (Gong Hyun Joo) and Hwang Na Yoon (Park Se Jin) seem flustered. With tension escalating between Song Yeo Wool and Nam Ji Sun, viewers can look forward to their heated confrontation. 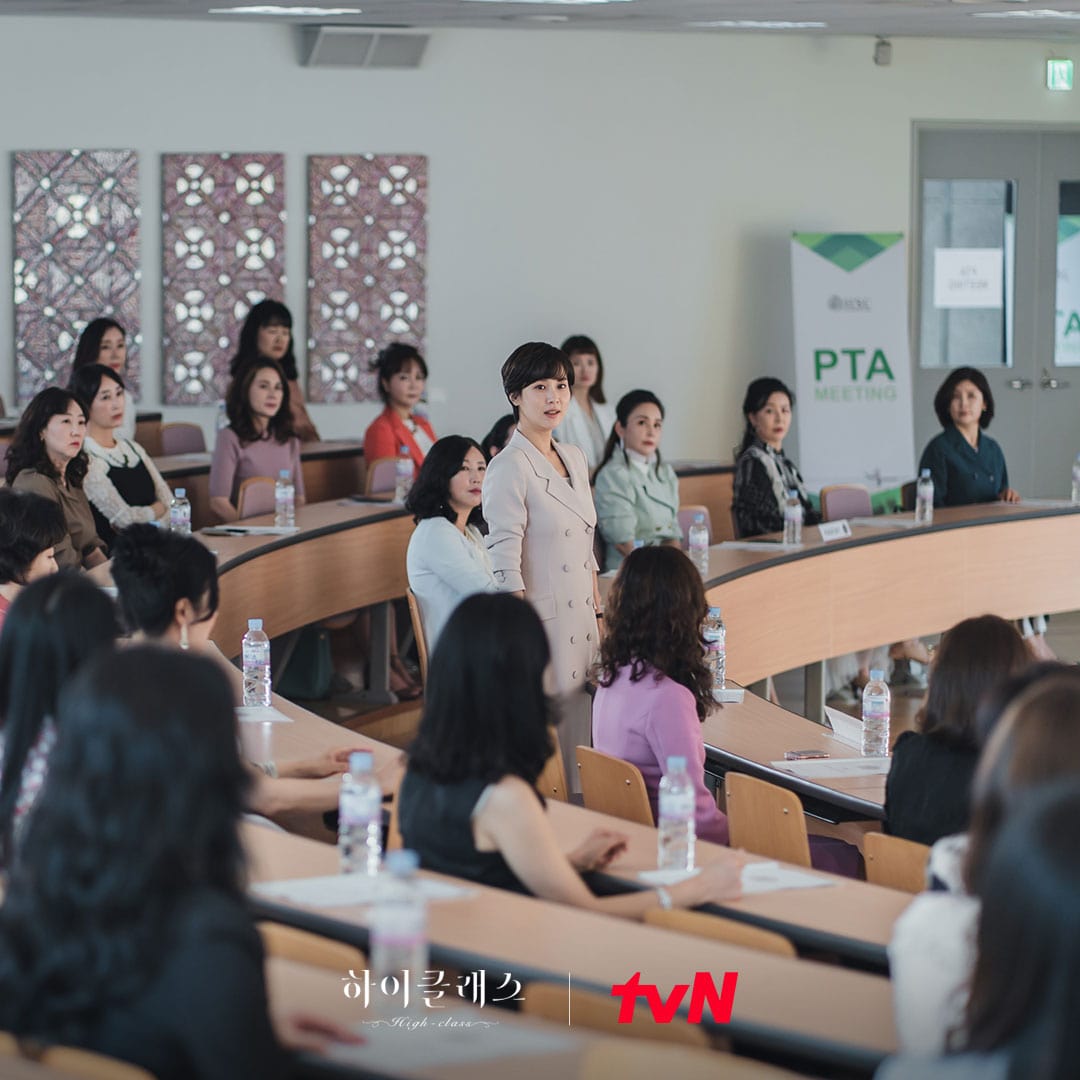 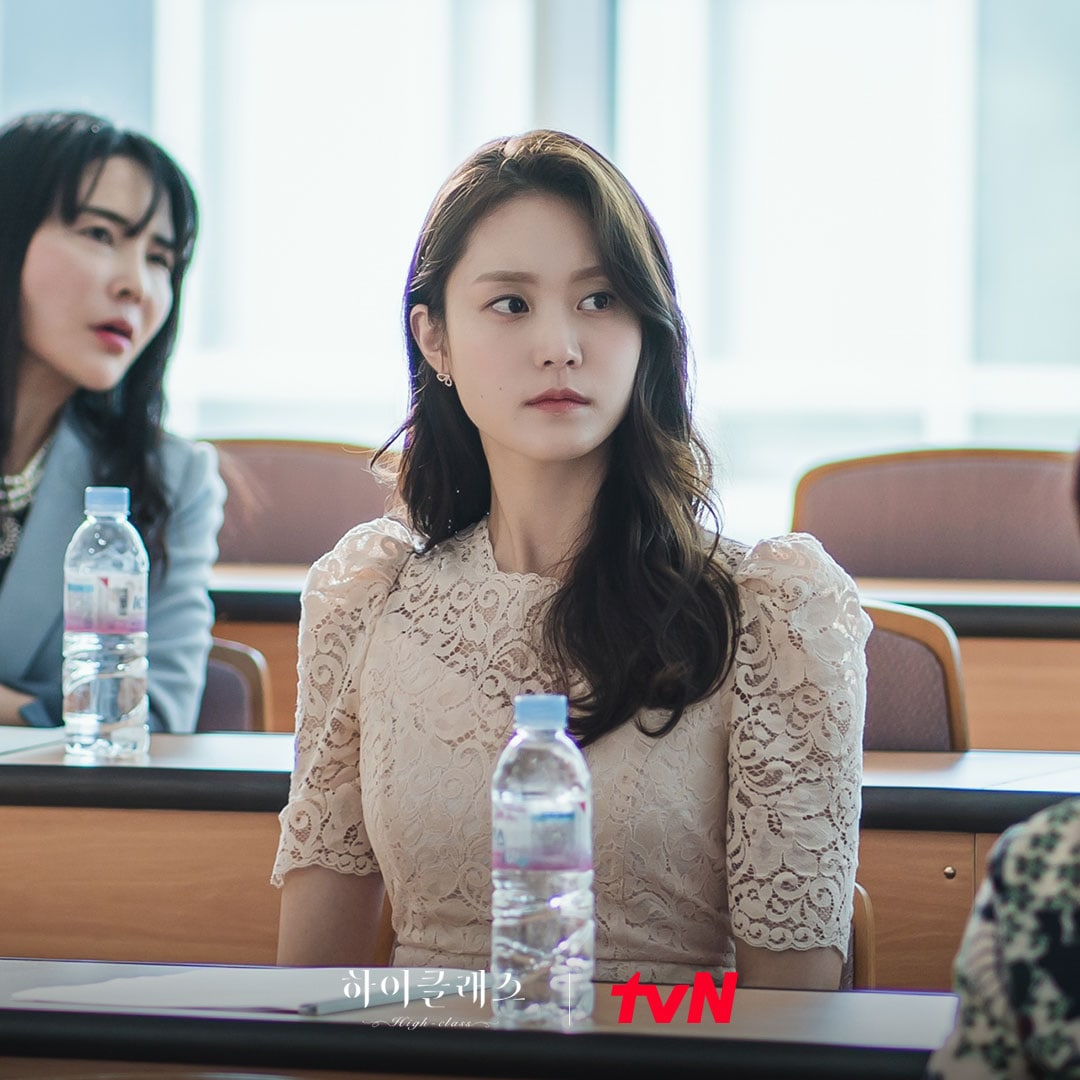 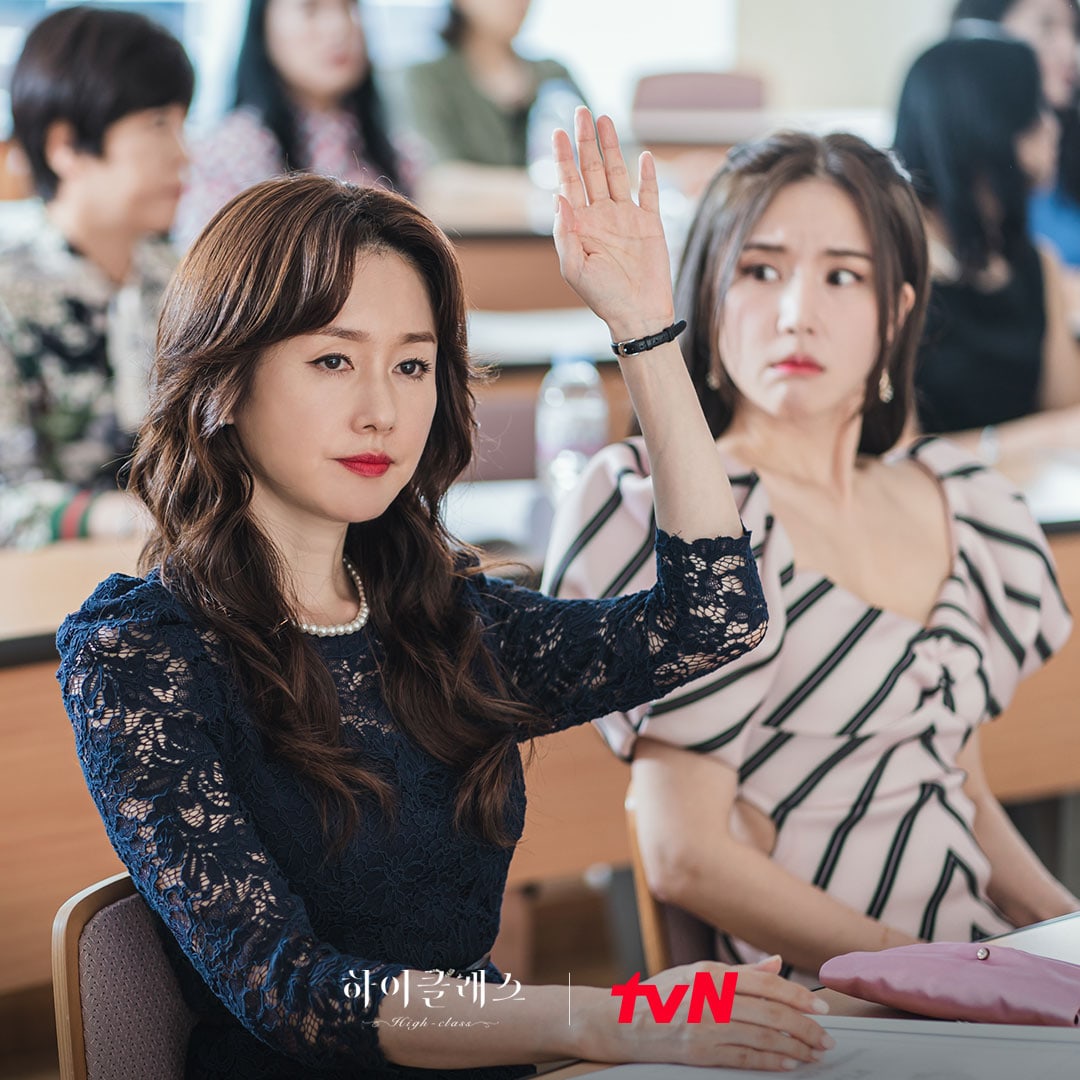 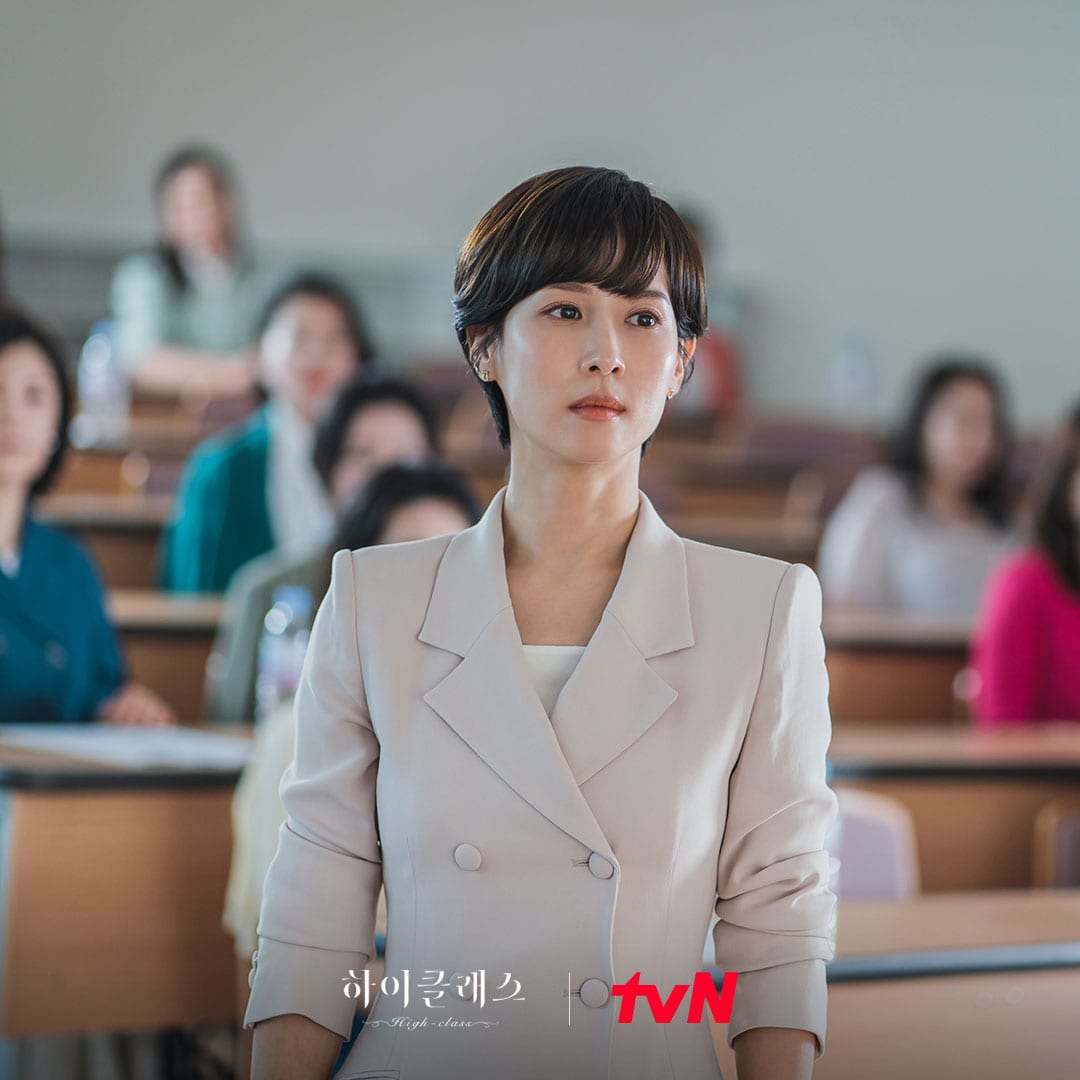 The drama’s producers commented, “Song Yeo Wool’s counterattack will begin today. As the conflict between Song Yeo Wool, Nam Ji Sun, and other characters reaches its peak, secrets hidden in the depth will surface, and a more thrilling development will unfold. Please look forward to ‘High Class.'”