Yoo Jae Suk said that fans had been quite active in their support for Kim Jong Kook and Song Ji Hyo’s “love line,” and mentioned, “There was one person who said that my dream fan casting for ‘Goong’ would be Kim Jong Kook as the male lead and Yoon Eun Hye and Song Ji Hyo as the female leads. As a viewer, that would be my favorite casting. I would like to produce that.” 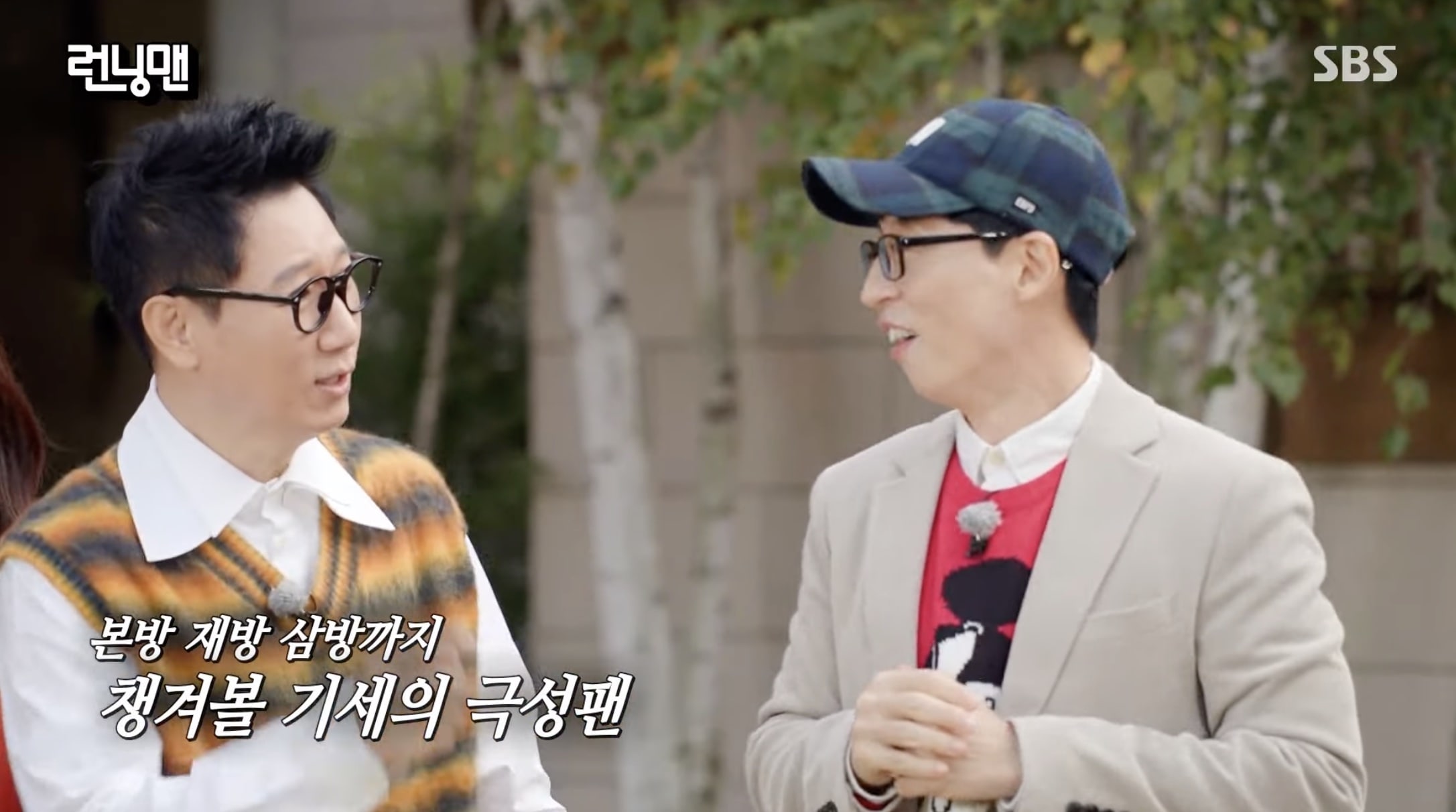 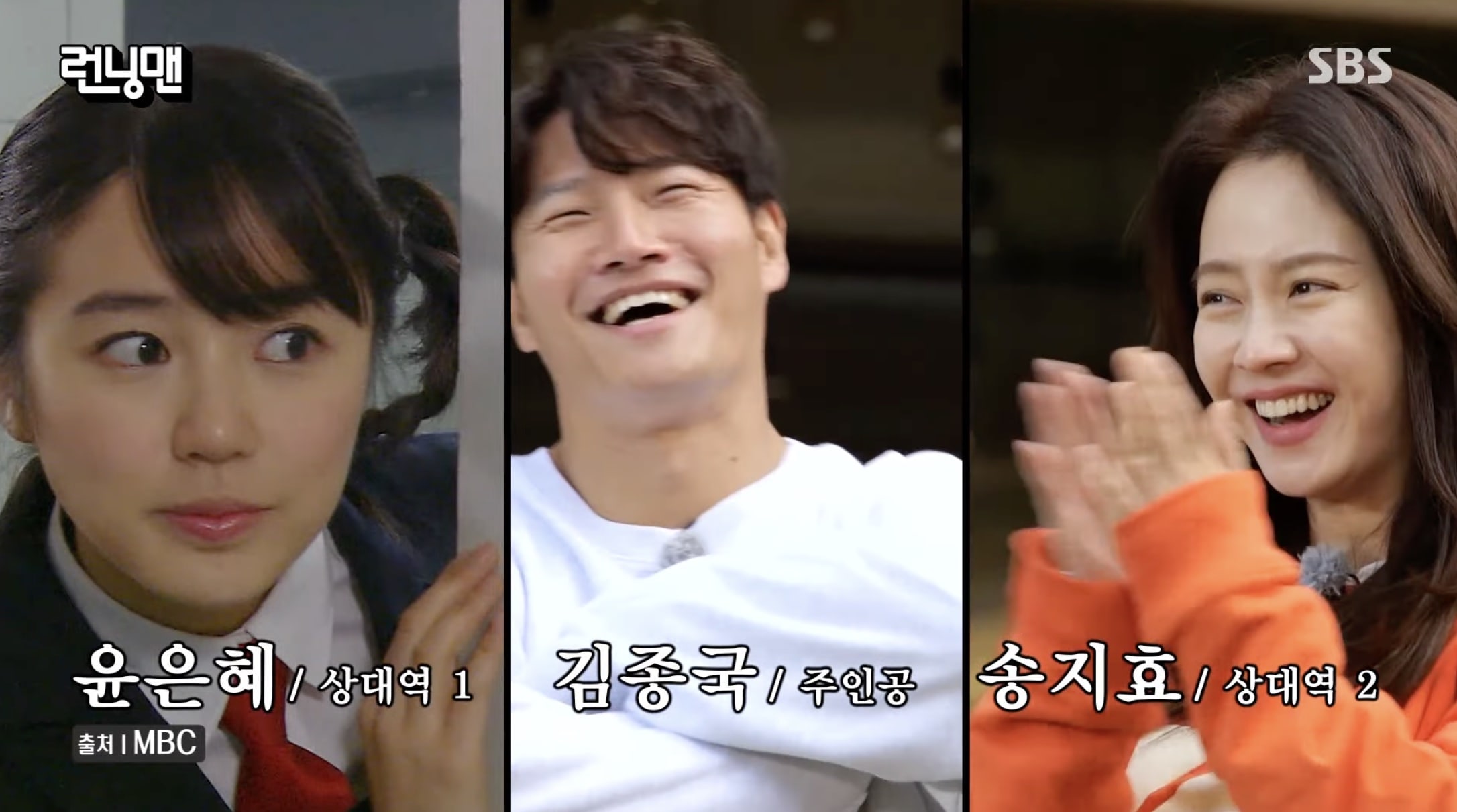 The first mission of the episode was the game where two people had to guess each other’s words with headphones on. Kim Jong Kook had to explain the word “matsun” (an arranged blind date for a potential spouse) to Song Ji Hyo. Keeping it simple, he used the phrases, “a man,” “a woman,” and “will you marry me?” to explain his word, but Yoo Jae Suk made a funny face when he heard the phrase “Will you marry me?” 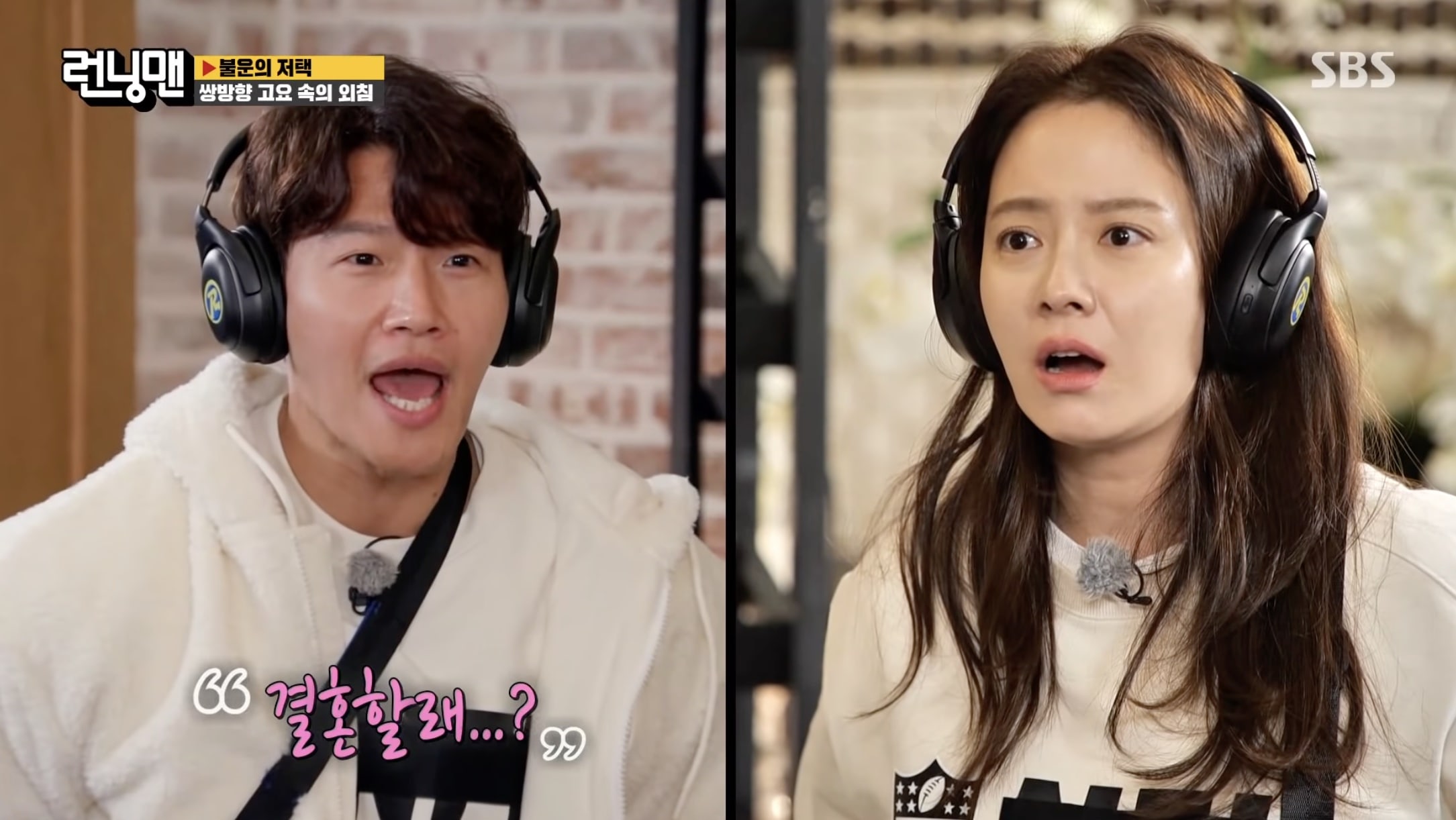 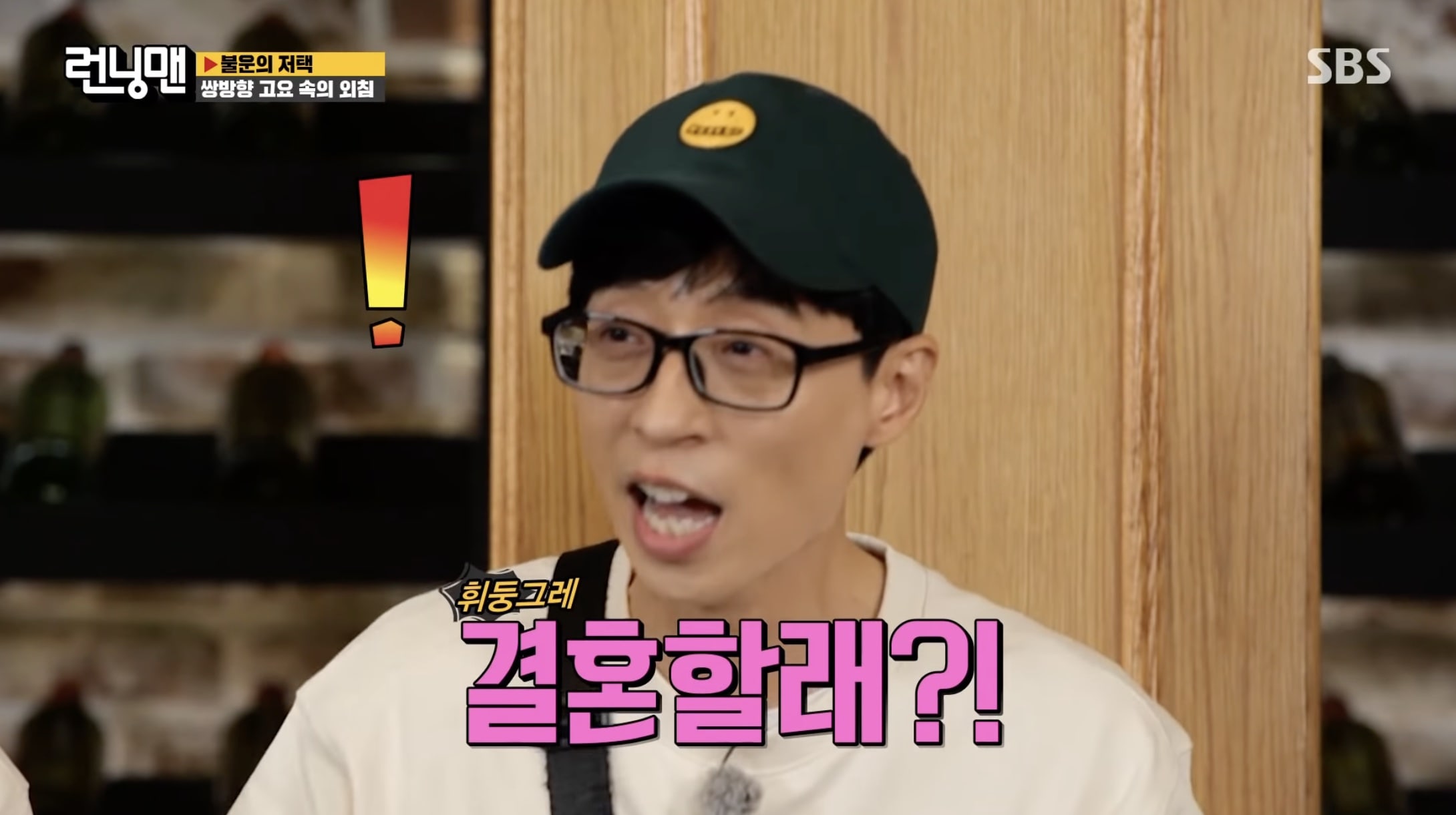 After Song Ji Hyo got the word and the two started on the next one, HaHa watched the two from the side and observed, “I kind of want to edit this to be about something different.” Yoo Jae Suk quipped, “It looks very plaintive.” 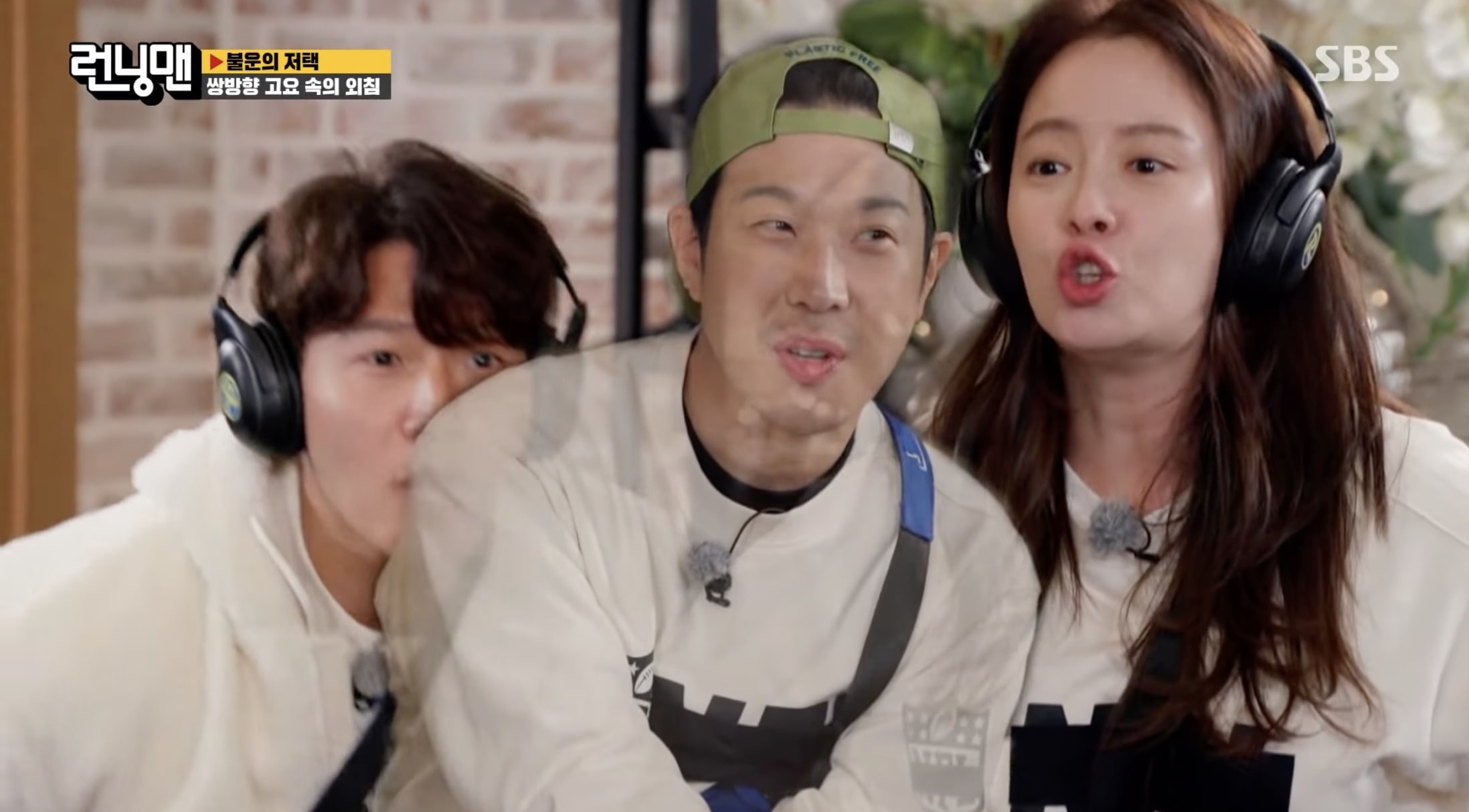 Later in the episode, the cast and guest Kim Joon Ho had a debate about who would be the most highly anticipated celebrity next year. Song Ji Hyo said of her plans for 2022, “It’s not about doing it all in one shot, but building things up. I’m going to find love and work and be active [next year].”

To persuade people to his side, Yoo Jae Suk promised to cast Yoon Eun Hye on the show and asked Kim Jong Kook what he thought about it. “Why am I included in your promise?” Kim Jong Kook replied. “I don’t know whether that’s possible or not. That’s a question for yourself.”

Song Ji Hyo then interrupted to ask why Yoo Jae Suk was only asking for Kim Jong Kook’s opinion. “Why aren’t you asking for my opinion?” she asked, and said that she was against Yoon Eun Hye being cast on the show. Kim Jong Kook praised her action, but Yoo Jae Suk commented, “It’s more interesting if you’re against it.”