Kim Ji Eun Talks About Working With Namgoong Min On “The Veil,” Her Upcoming Drama With Lee Joon Gi, And More

Kim Ji Eun starred as Han Ji Hyuk’s partner Yoo Je Yi, an elite agent who joined the NIS at the age of 20 and is held in high esteem at the agency. Recently, “The Veil” came to a successful close with solid viewership ratings.

In a recent interview, Kim Ji Eun shared, “I think ‘The Veil’ will remain as a special memory. It was my first project as a leading character, and there was a lot of burden, but I learned how to overcome that burden and learned a lot on set, so I think it’ll become my most memorable project.” Due to her initial excitement for tackling such a big project, Kim Ji Eun revealed that she hadn’t realized the burden she felt until later, but she was able to overcome the pressure with help from the director, scriptwriter, and senior actors. 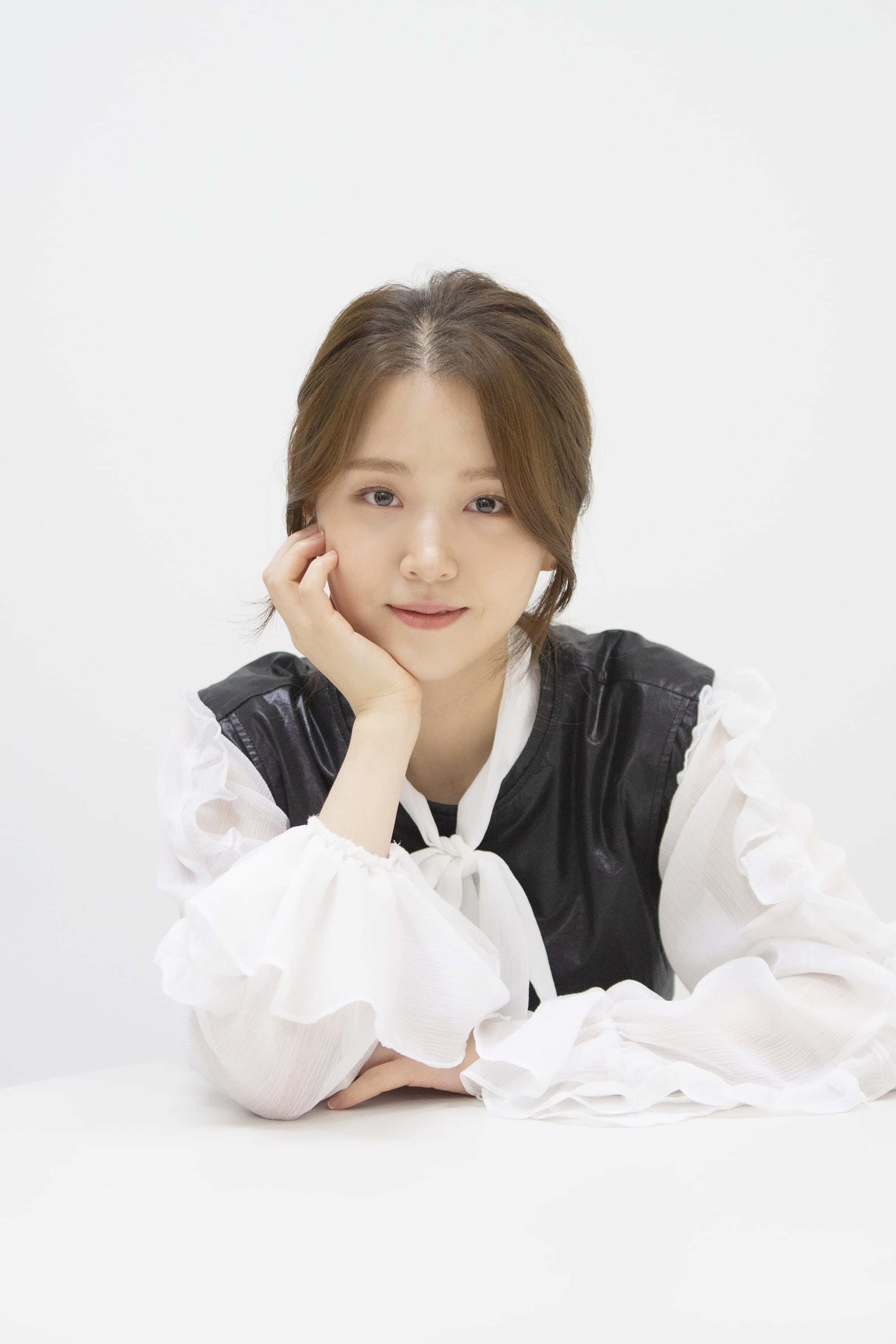 Kim Ji Eun mentioned that she tried her best to make Yoo Je Yi seem double-faced to make viewers question if she was one of the hidden dark forces. In order to portray her character, Kim Ji Eun revealed, “My skin is pale, but to seem like a field agent, I used men’s BB cream to tone down my skin and barely put on any makeup. I didn’t apply thick makeup, and I purposefully tied my hair back tightly. I styled myself to seem like Je Yi.” Kim Ji Eun added that she also practiced a more formal military style of speech by watching videos online.

Since NIS agents don’t have a fixed image, Kim Ji Eun was free to wear whatever she wanted as long as it was clean-cut. In line with her character, she wore comfortable clothing like sneakers but still put emphasis in their colors to reflect her emotions. She shared, “I wore bright colors in the beginning, toned it down in the middle, wore black in the second half, and went back to basic tones and put emphasis on [my character’s] emotions.” 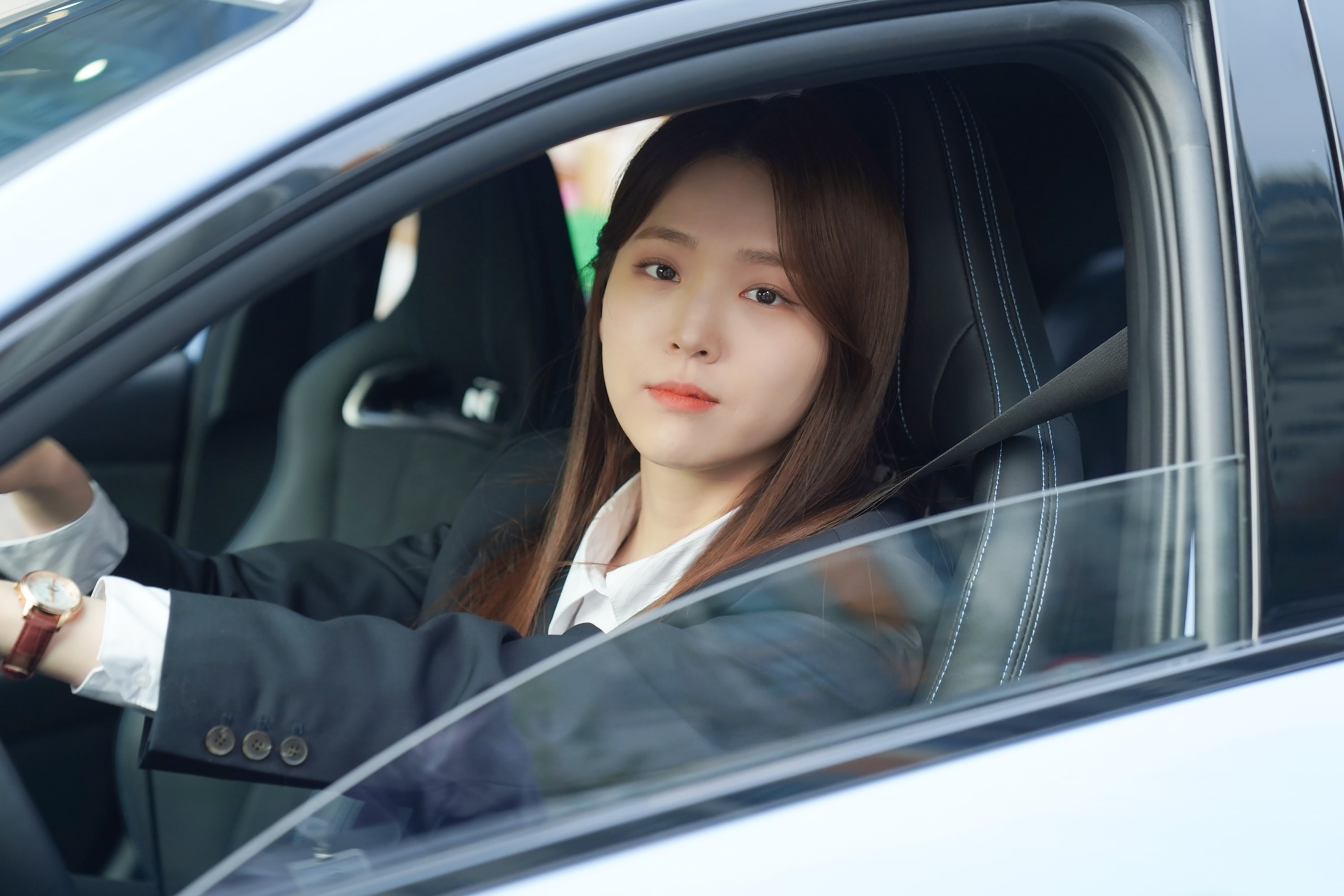 For her most memorable scene, Kim Ji Eun picked the scene in which Han Ji Hyuk and Yoo Je Yi built trust in each other without listening to anyone else in episode 6. Overall, she shared that the most shocking moment was the plot twist when Han Ji Hyuk stated through a video, “The person who killed your peers that day was you, Han Ji Hyuk.”

The actress also talked about learning a lot on set since her lines were hard to prepare for. She revealed, “There were a lot of words I saw for the first time, and the words were more professional than the ones I normally use, so it felt like I wasn’t speaking words at first, and it was difficult.” Kim Ji Eun added that although the plot may be difficult to understand the first time, it’s easier to understand when rewatching all the episodes at once. 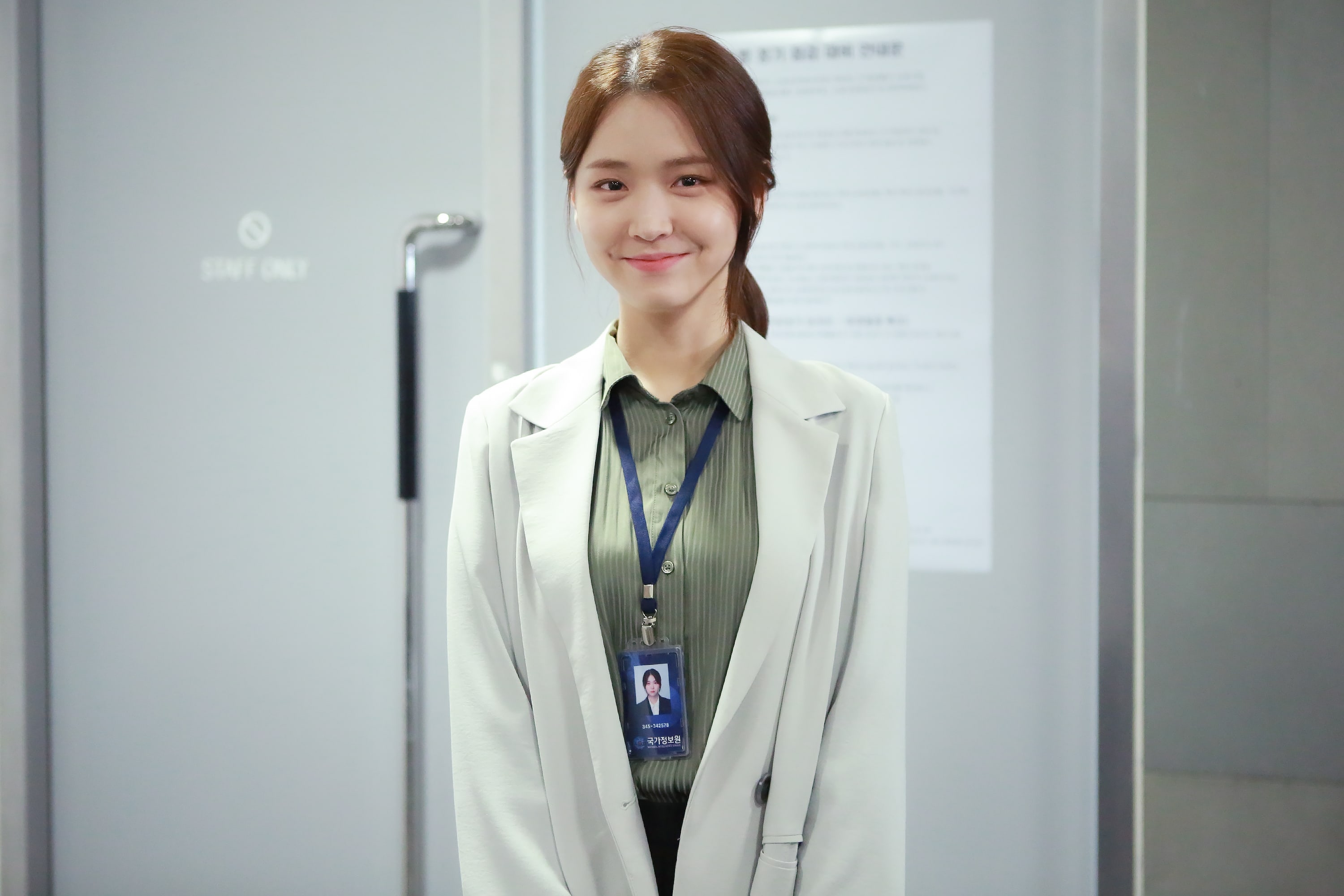 She continued, “I thought it was amazing that he built his body through exercise. He prepared to be like Han Ji Hyuk not only on the inside but on the outside as well, and that made me think that he’s a senior actor I have a lot to learn from. It was admirable seeing him work quietly until the end of the project without showing any signs of hardship and saying, ‘It’s my job,’ even though it must have been difficult to prepare for, and I thought I should emulate that.” 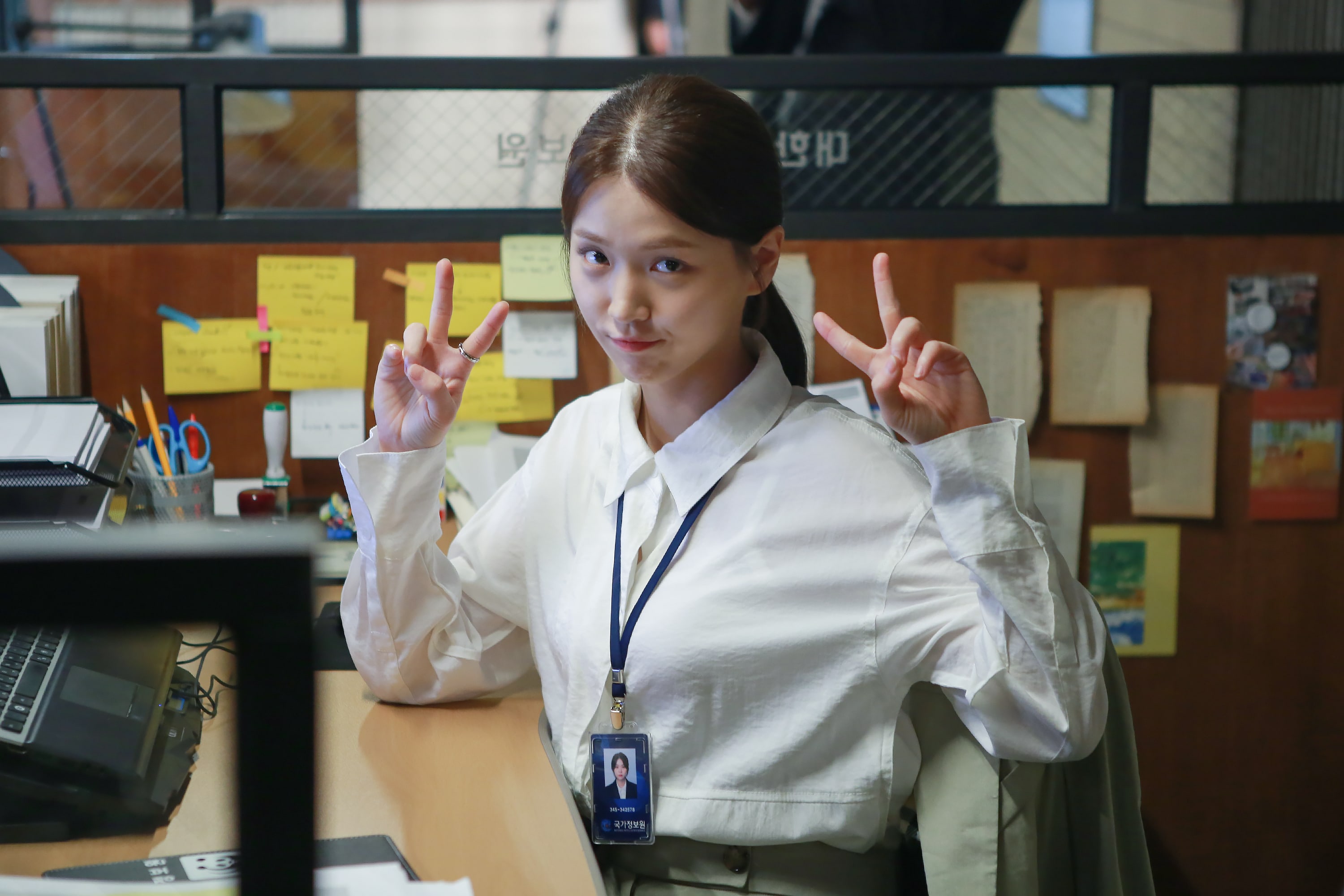 Kim Ji Eun also revealed that she and her on-screen father Yoo Oh Sung naturally took care of each other, mentioning how he encouraged her and praised her for doing well while acting amongst older and senior actors. She added, “We thought of each other so naturally that I would say, ‘Hello, dad,’ on set, and he would reply with, ‘Yes, daughter.'”

The actress revealed that director Kim Sung Yong had told her that he liked how her face made her look both coldhearted and warmhearted at the same time. Kim Ji Eun remarked that the director is a warm and refreshing person and added that she wants to help him on another project in the future. 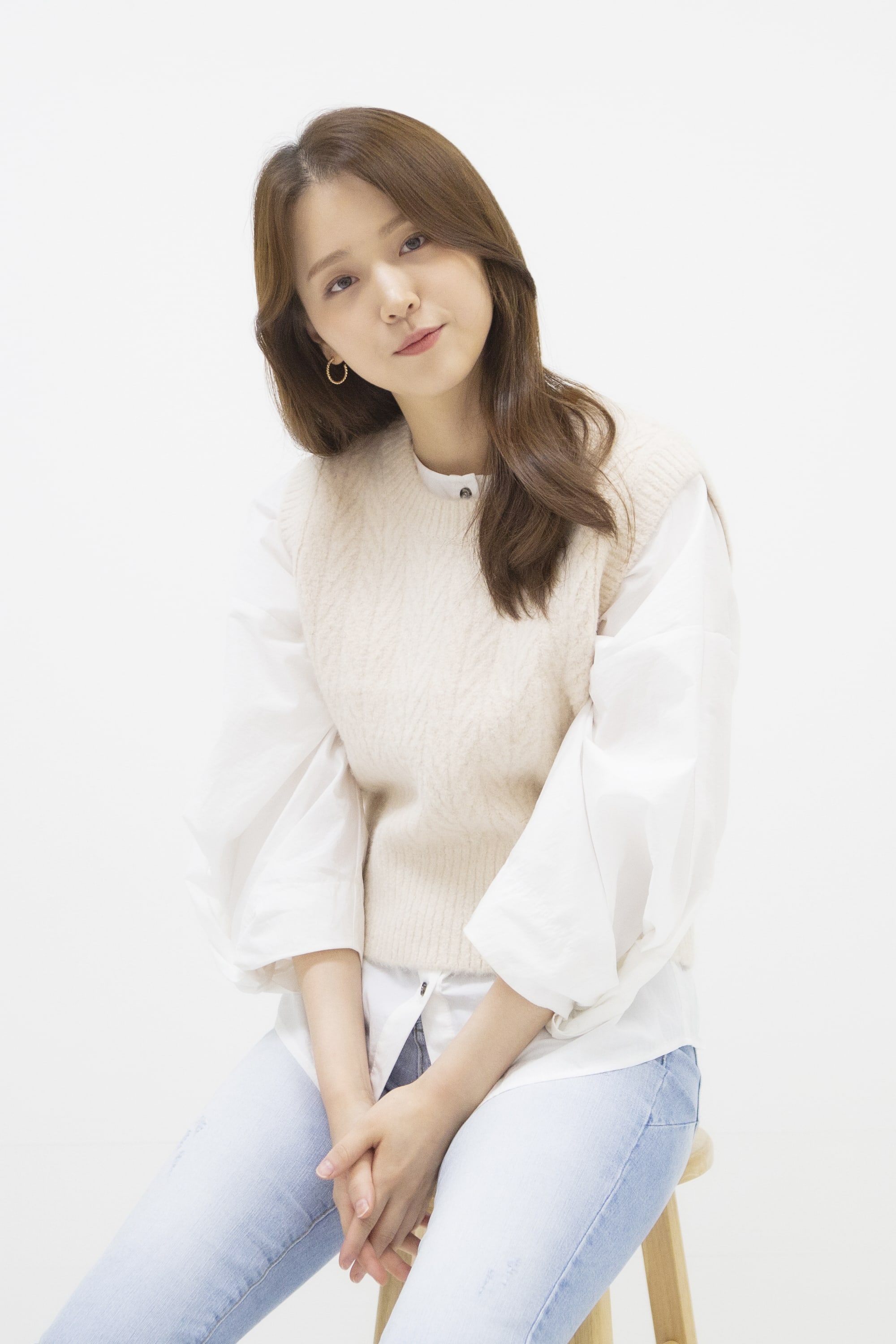 For her next project, Kim Ji Eun is confirmed to star in the new SBS drama “Again My Life” (literal translation) with Lee Joon Gi. She shared, “Namgoong Min took really good care of me, and Lee Joon Gi also took care of me and was considerate even though we’ve only seen each other a few times,” adding that she was looking forward to her chemistry with Lee Joon Gi.

“Again My Life” depicts the story of a young prosecutor who gets a second chance to get justice after failing to bring down a powerful figure. Kim Ji Eun will star as Kim Hee Ah, the youngest daughter of Cheonha Group’s CEO who is also a genius. She is practically perfect and has an easygoing personality, and she becomes interested in Kim Hee Woo (Lee Joon Gi). Kim Ji Eun explained that Kim Hee Ah will be a bit more lovable than Yoo Je Yi, sharing that she’s the type to independently speak her mind. 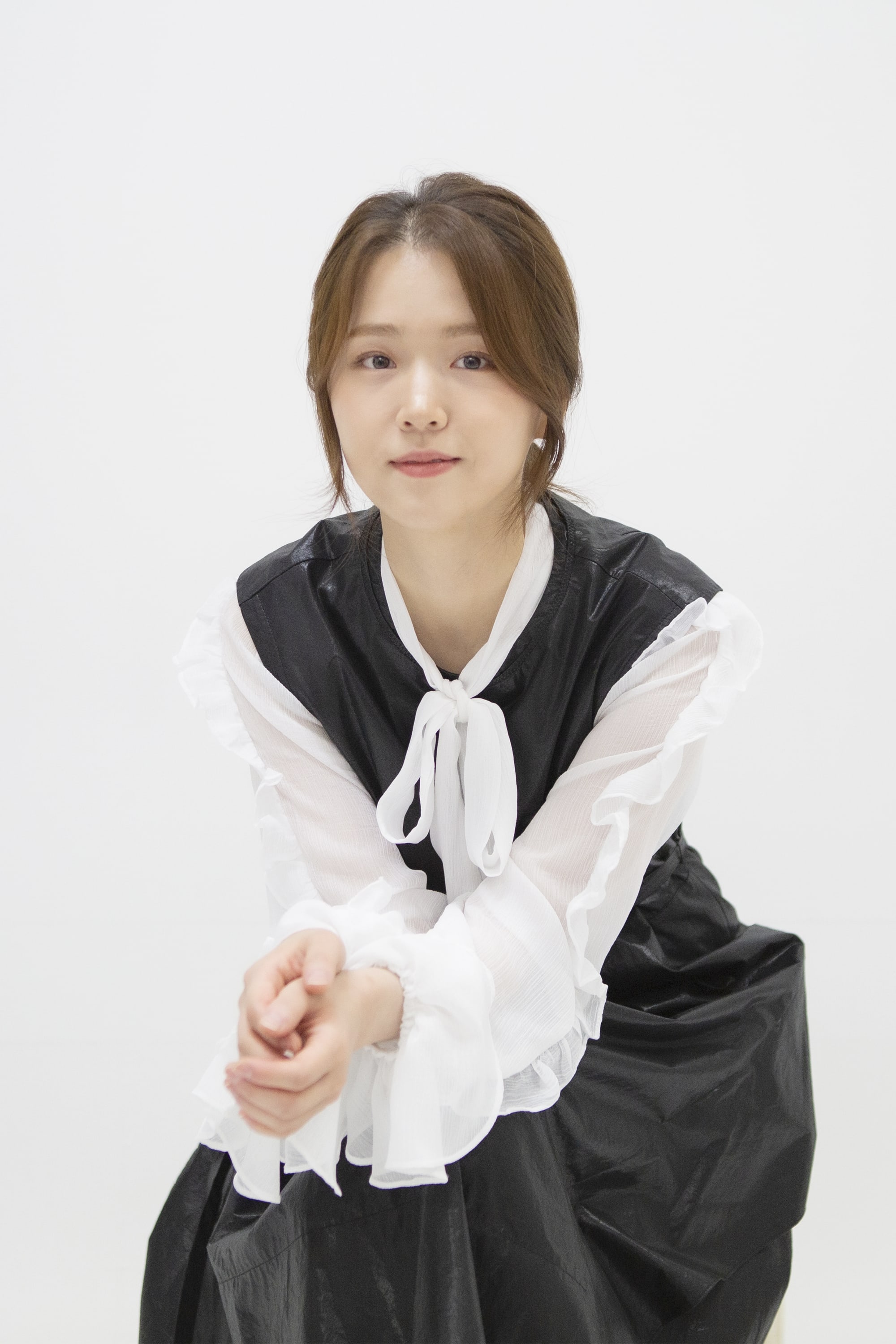 Watch Kim Ji Eun in “The Veil” below: