Helmed by “Train to Busan” director Yeon Sang Ho, “Hellbound” is a Netflix series set in a world where humans face a frightening supernatural phenomenon: emissaries from hell who appear on Earth without warning and condemn people to hell. Amidst the chaos caused by this terrifying new reality, an emerging religion led by Jung Jin Soo (played by Yoo Ah In) begins to gain popularity, while others desperately search for the truth behind this strange phenomenon.

The newly released poster depicts society at a loss after the occurrence of the supernatural phenomenon and reveals the different sides to people as they make another hell of their own within the new world. In addition to Yoo Ah In, actors Kim Hyun Joo, Park Jung Min, Won Jin Ah, Yang Ik Joon, and more have vastly different reactions as they stand in front of the emissaries from hell. The text at the very top reads, “Is it murder, or is it divine punishment?” 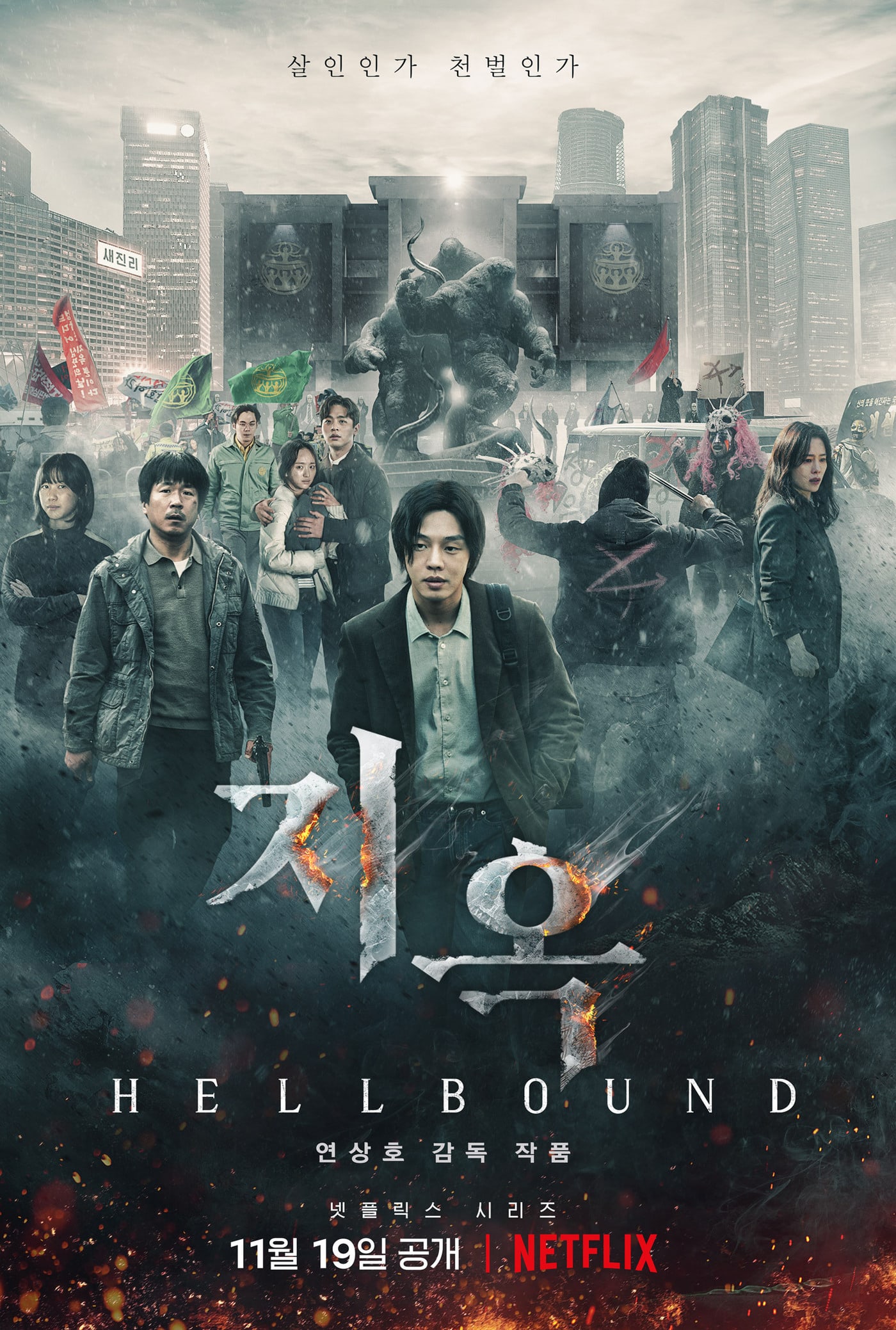 Yoo Ah In stars as Jung Jin Soo, the leader of an emerging religion who is seeking out the traces and intentions of God, while Kim Hyun Joo plays lawyer Min Hye Jin, who goes up against the emerging pseudo-religion. Park Jung Min’s and Won Jin Ah’s characters tell the story of a family trying to stay alive as the world around them crumbles. When Bae Young Jae’s (Park Jung Min’s) family is condemned to hell, he begins to dig into this new religion while Song So Hyun (Won Jin Ah) tries her best to protect their son. Yang Ik Joon stars as Jin Kyung Hoon, the detective in charge of investigating the supernatural phenomenon.

The upcoming drama will portray both the people who begin to fall into madness as they blindly put their faith in the emerging religion as well as the people who don’t stop their suspicions and stand up against the new phenomenon. Their choices and convictions in this broken society will bring to life another hell.

“Hellbound” premieres on November 19 via Netflix. Take a look at a teaser for the drama here!

While you wait for “Hellbound,” watch Yoo Ah In in his award-winning film “Burning” here: