tvN’s “Happiness” has shared a new behind-the-scenes look at the drama!

The video begins with the cast members practicing a fight scene as they pour over the script and meticulously plan every action. Park Hyung Sik prepares for the scene by putting fake blood in his hand, and he works together with Han Hyo Joo to subdue the infected residents in the scene.

The two leads continue the action in the following clips by practicing their scuffle with Cha Soon Bae, who plays one of the infected residents. Although Han Hyo Joo accidentally kicks off her shoe in the first take, she then performs each move perfectly in the next take. Later on, Park Hyung Sik comes up with the idea to have blood drip dramatically from his hand to add even more detail to the scene. 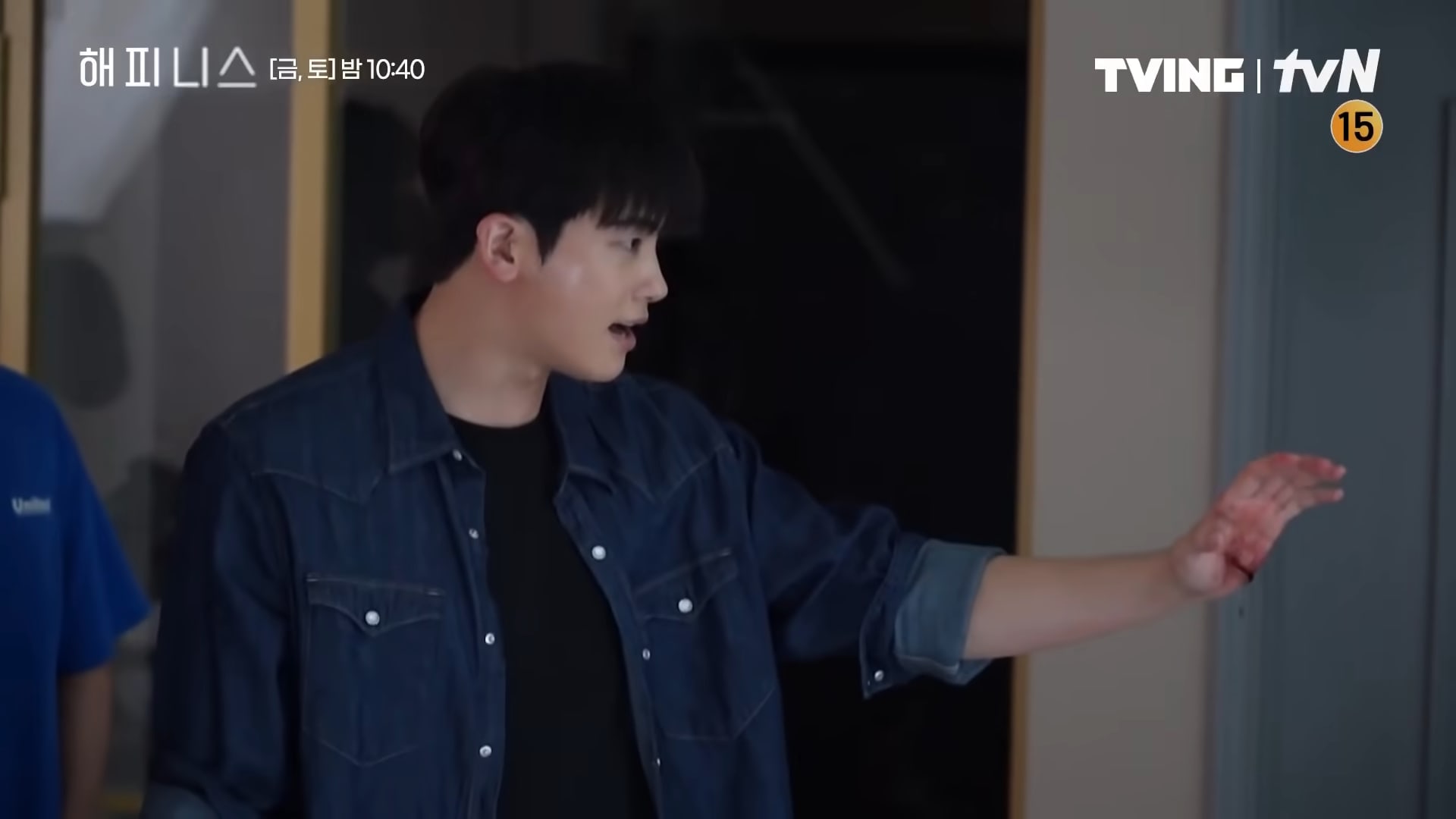 During his fight with Cha Soon Bae, Park Hyung Sik accidentally kicks him with his foot, and the filming halts to make sure he is okay. To put everyone at ease, Cha Soon Bae jokes, “That’s the first time I’ve been hit in 30 years.” He then reassures Park Hyung Sik as he smiles and says, “You’re no joke.” The pair then wrap up their fighting scene in a safe and professional manner.

Next, Park Hyung Sik inspects a prop on set and rehearses his lines as he says, “Next.” Han Hyo Joo jokingly replies, “Level,” and the pair start dancing to the song “Next Level” by aespa. Although they remain professional for the filming that follows, they immediately go back to dancing after the director calls, “Cut.”

While holding the pill bottle that Park Hyung Sik had inspected during the scene, Han Hyo Joo wonders out loud how he was able to swallow the pills. Park Hyung Sik responds, “Don’t go spreading rumors,” to which Han Hyo Joo wittily says, “About your passion for acting?” 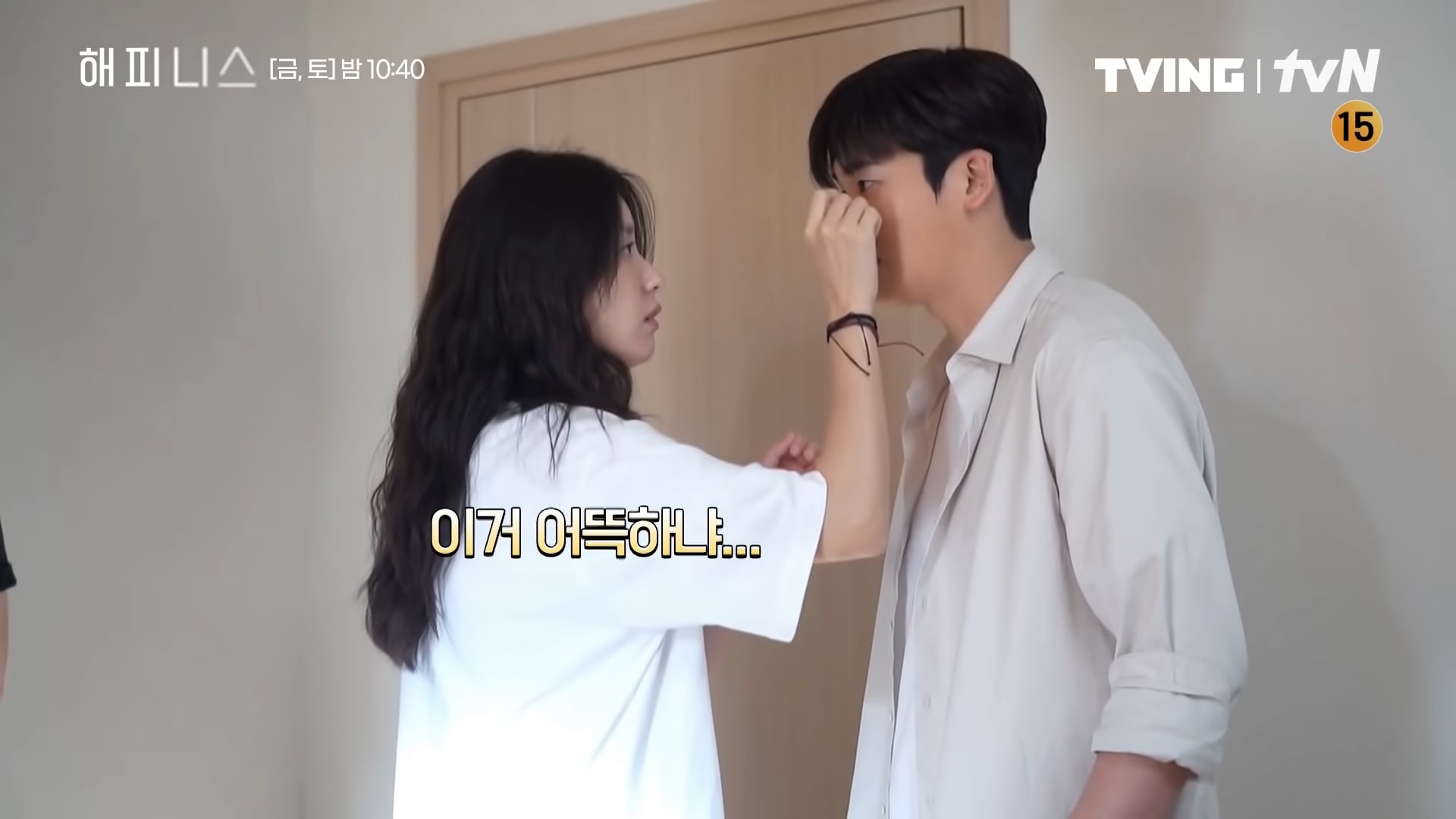