Get ready for an unexpected turn of events on the next episode of SBS’s “Now We Are Breaking Up”!

“Now We Are Breaking Up” is a romance drama about love and breakups set against the backdrop of the fashion industry. Song Hye Kyo stars as Ha Young Eun, a fashion designer with a firmly realistic outlook on life, and Jang Ki Yong stars as Yoon Jae Guk, an intelligent freelance photographer who changes her mind about love.

In newly released stills from the drama’s next episode, Ha Young Eun and Yoon Jae Guk meet up for lunch. The two people, who are sitting across from each other, are talking on their own phones. Their expressions grow serious, and the final photo captures their slightly darkened expressions. Who did they talk with, and what were the conversations about? 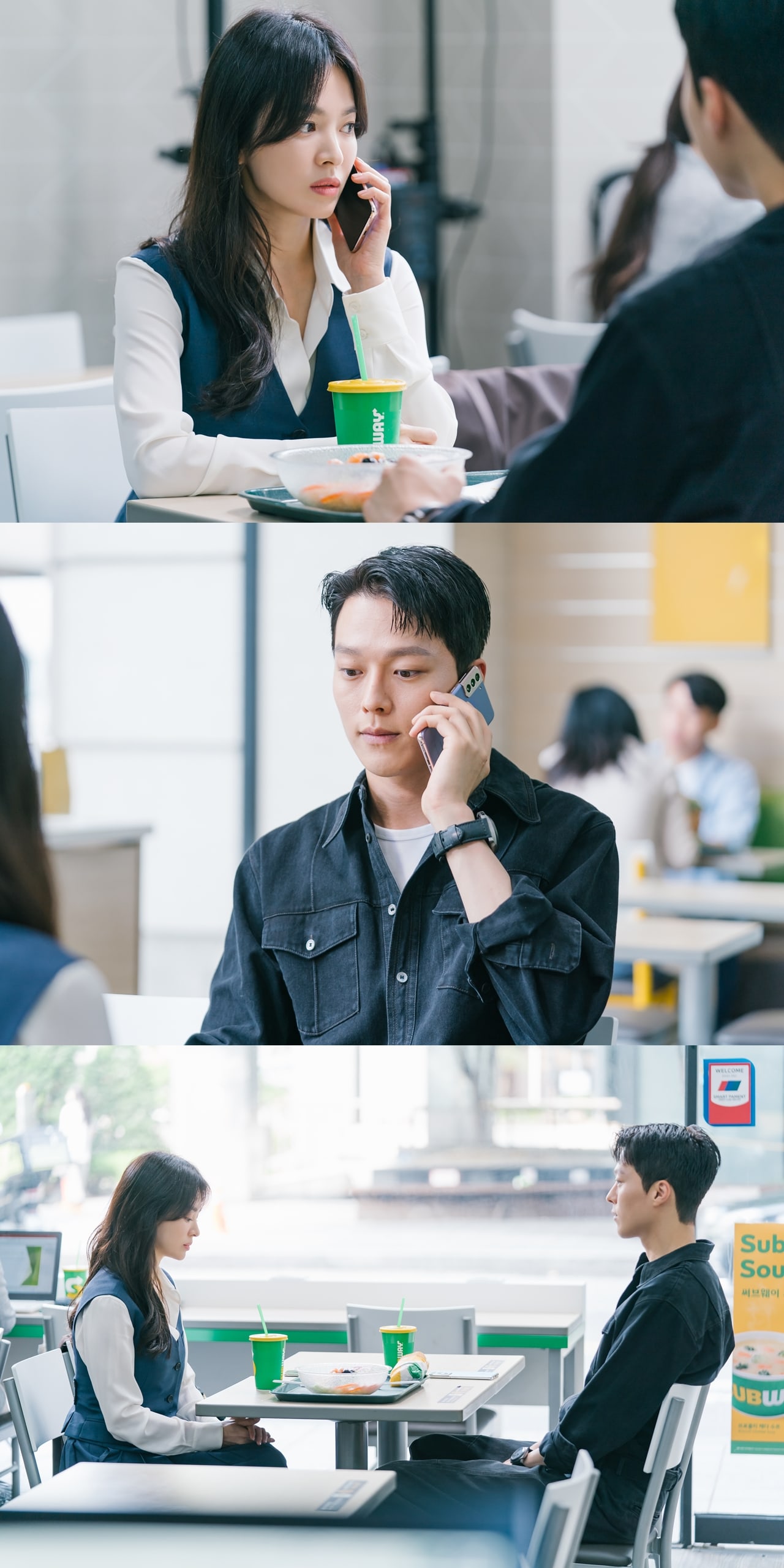 The production team stated, “In episode 11, the emotional lines of the characters will deepen. Of course, Ha Young Eun and Yoon Jae Guk’s love for each other will also deepen. However, there will be a big change in their romance. Song Hye Kyo and Jang Ki Yong flawlessly captured the emotions of their characters with deeper sensibility and delicate passionate acting. Please give [the drama] a lot of interest and love.”