SBS’s “Now We Are Breaking Up” has shared an intriguing sneak peek of an unusual moment between Song Hye Kyo and Jang Ki Yong!

Previously on “Now We Are Breaking Up,” Ha Young Eun finally decided to follow her heart and begin a relationship with Yoon Jae Guk. However, the two faced resistance at every turn, and both of them were wounded by the harsh words of their parents, who vehemently opposed the idea of them being together.

In newly released stills from the drama’s upcoming episode, Ha Young Eun and Yoon Jae Guk spend a quiet moment together at her apartment. However, even though Ha Young Eun says something truly heartbreaking to Yoon Jae Guk, instead of looking devastated, both lovers appear strangely calm afterwards as they stare off into space together.

The producers of the drama teased, “In Episode 11, which will air on December 17, Ha Young Eun tells Yoon Jae Guk something heartbreaking. What she has to say is definitely sad, but she says it stoically, and he listens stoically—and seeing them like that will break viewers’ hearts as well.” 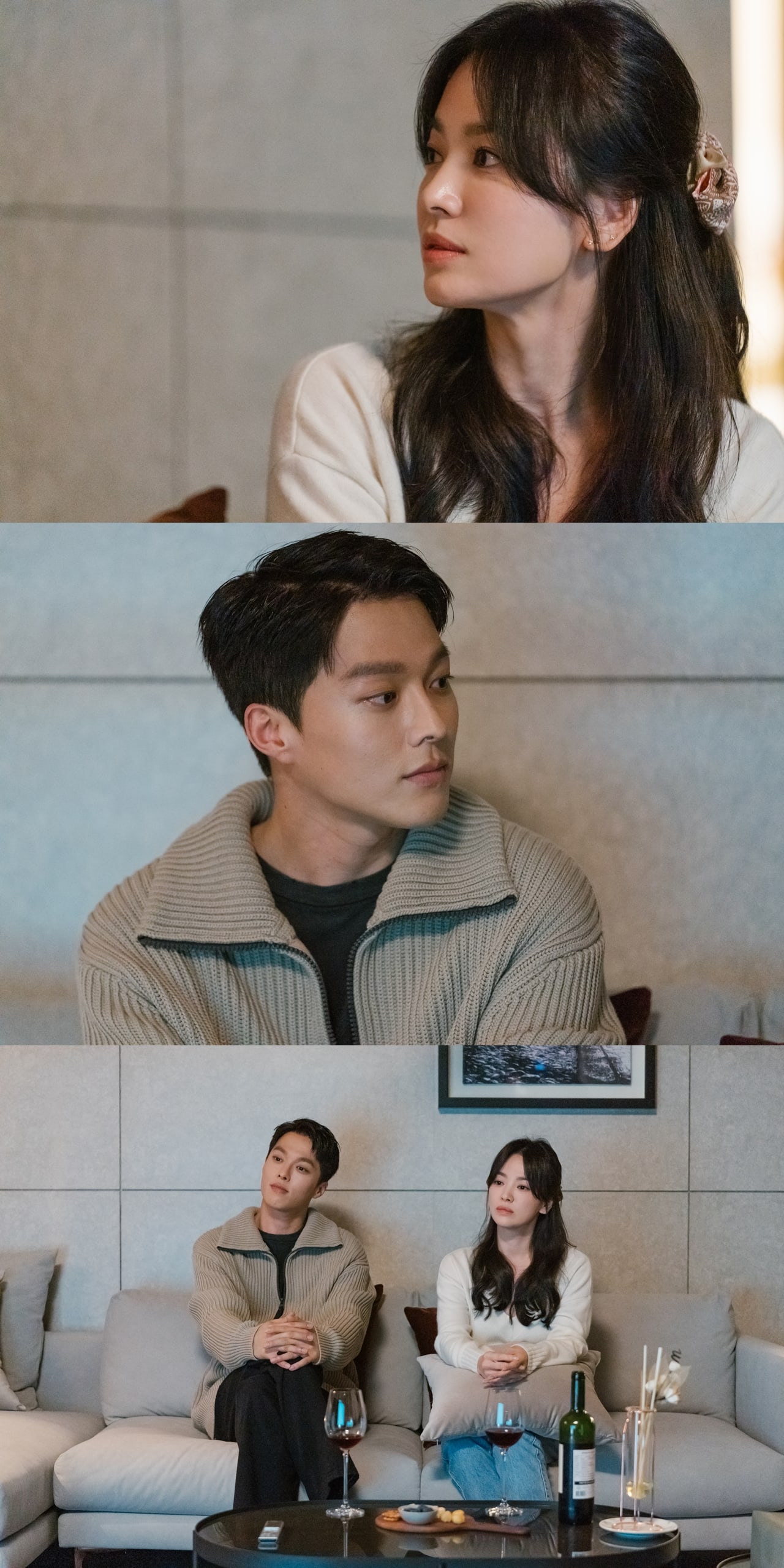 They went on, “Please show a lot of interest and anticipation in the acting performances of Song Hye Kyo and Jang Ki Yong, who flawlessly captured the subtleties of these complicated emotions in detail.”

To find out what Ha Young Eun says to Yoon Jae Guk, tune in to the next episode of “Now We Are Breaking Up” on December 17 at 10 p.m. KST.