Joo Sang Wook Gets Nervous In The Middle Of A Joyous Festival In “The King Of Tears, Lee Bang Won”

In the first two episodes last week, Lee Seong Gye (Kim Young Chul)’s momentous decision to retreat from Wihwa Island drew his son Lee Bang Won (Joo Sang Wook) and the rest of his family into the wheel of history. Because of his cause, Lee Seong Gye did not occupy the palace even after taking over Gaegyeong, the capital of Goryeo. Furious, Goryeo’s King U (Lim Ji Kyu) tried to get rid of Lee Seong Gye by ordering Kim Jeo, Jeong Deuk Hoo, and Kwak Choong Bo to assassinate him. However, after some thought, Kwak Choong Bo informs Lee Bang Won about the plot.

In the new stills, Lee Bang Won hurriedly rides his horse through the streets while in disguise in government official robes. The streets are alive with an exciting and joyous celebration, but he is physically and emotionally set apart from the festival, his face tense with nerves and fear. 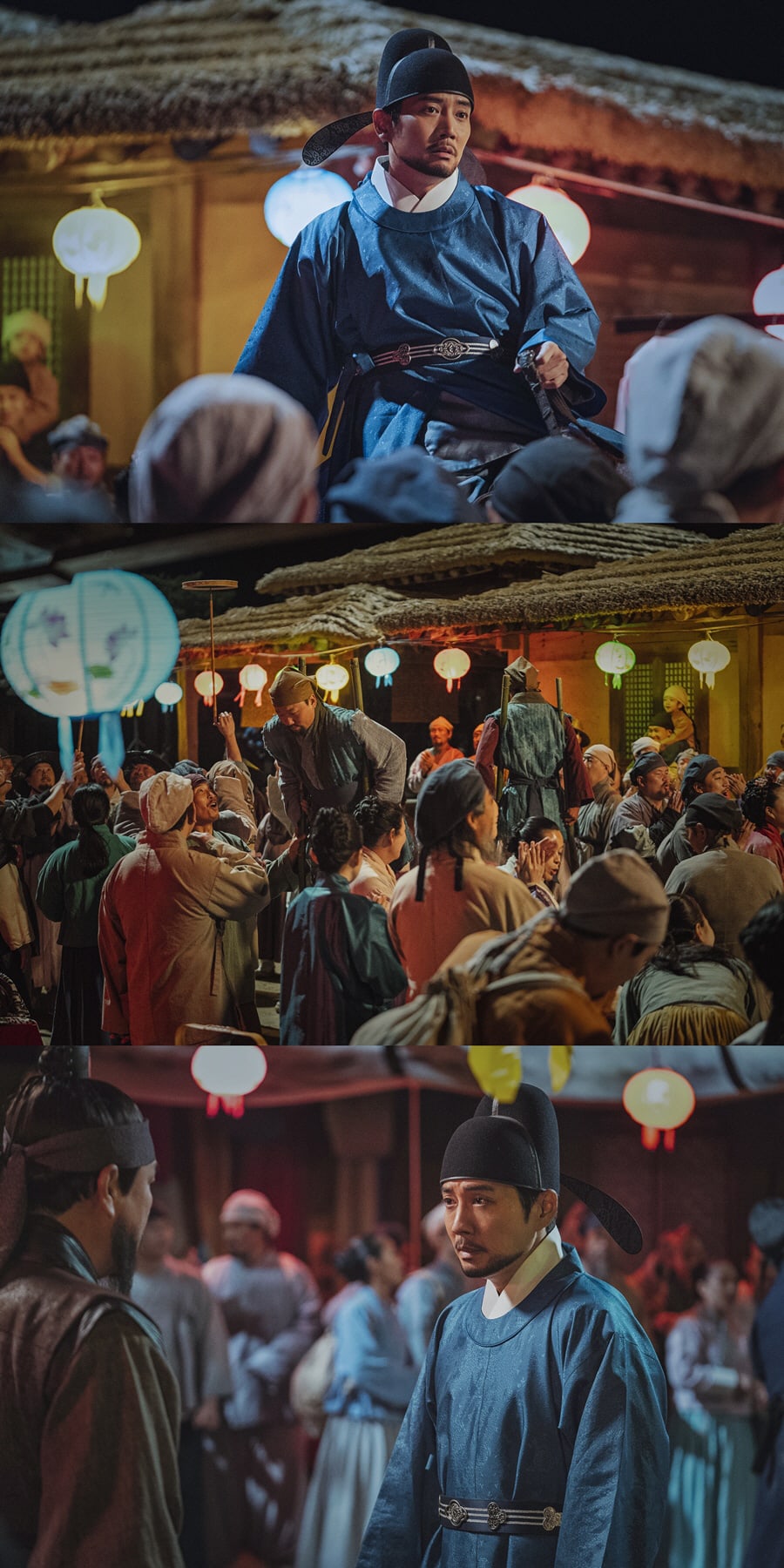 The production staff stated, “In episode three, Lee Bang Won faces another danger. It will be exciting to see Lee Bang Won struggle toward his goal of establishing his family, so please look forward to it.”

Watch “The King of Tears, Lee Bang Won” on Viki:

Joo Sang Wook
The King of Tears Lee Bang Won
How does this article make you feel?